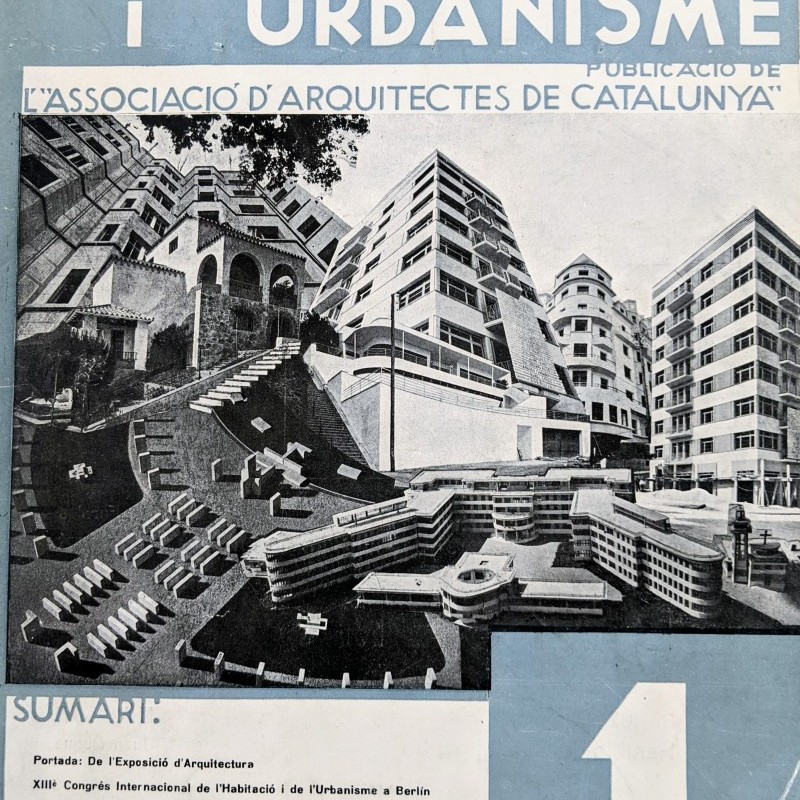 Near-complete run of the rare Catalonian architectural journal published by the Associació d’Arquitectes de Catalunya (AAC) during the Spanish Second Republic. The editors aimed to merge Northern European avantgardism and Mediterranean vernacular architecture with the Catalonian independence movement. Though aspects of this vision for a unified and autonomous Catalonian modernism had been present in the more conservative Noucentisme movement, they were reinvigorated by the establishment of the self-governing Generalitat de Catalunya in April, 1931.

In the serial’s three “epocas,” architecture and urbanism coincide with major political shifts in the Generalitat and the Second Republic. In the first exuberant phase, the editors differentiate themselves from the internationalism of the celebrated Grup d’Arquitectes i Tècnics Catalans per al Progrés de l’Arquitectura Contemporània (GATCPAC), led by Le Corbusier associate, Josep Lluís Sert. However, a review of Arquitectura i urbanisme (AU) reveals that its early years were deeply sympathetic to GATCPAC’s avantgardism. The AAC and GATCPAC worked closely on several initiatives, including architectural expositions and competitions, and a Congrés d’Arquitectes de llengua Catalana. Though AU offered more space for Catalonian issues and architects, there are clear links between the magazine’s graphics, urbanist policy, and emphasis on modern industrial materials and technologies, to those espoused in GATCPAC’s stylized serial, A.C. (Actividad Contemporánea). Both groups were invested in proving a natural relationship between the modern and Mediterranean popular culture.

The second phase of AU took place after the 1934 national elections brought a conservative majority to power; the new government suspended the Generalitat de Catalunya and violently crushed a worker’s rebellion in Asturia. The magazine adopted a larger format with increasing ads, arts reviews, illustrations, and nationalism, turning from internationalist to local solutions in design, decoration, and planning. This period of suppression radicalized many Catalonians, culminating in the elections of 1936 and the Popular Front. This revolution was also realized in AU, which was seized (incautaba) in issue No. 13 by a new Catalonian architect’s union, organized under the authority of the anarcho-syndicalist CNT-UGT.

The magazine’s third era, Nos. 13-19, is credited to “El Comite” of the Sindicat d’Arquitectes de Catalunya, but the initial bylaws of the union are signed by Josep Torres Clavé, a principal member of GATCPAC, which seems to have assumed control of the magazine. Clavé was also the of A.C. In this final phase, the magazine prioritized the social mission of architecture, its moral and economic responsibilities, and principles of solidarity between various industrial workers’ unions and architects. Nos. 15-16/17 address the collectivization of construction, the municipalization of housing, and the impending total transformation of Catalonian society. The new editors call for monographic studies of social and human problems: sanitation, hospitals, and the urbanization of unhealthy neighborhoods.

The magazine undertook these monographic studies in Nos. 18 and 19, reviewing public health architecture and urban policy in France, Germany, the USA, and the USSR. Additionally these issues introduce the reorganization of architectural studies for revolutionary purposes in the Catalonian university system and provide further details and bylaws for the collectivization of the construction industry within the Generalitat de Catalunya. Probably authored by Clavé, these themes correspond to his editorial in the final number of AC, subtitled “Problèmes de la revolución.” No. 19 with color back wrapper advert for the Spanish translation of Upton Sinclair’s “No Passaran!”, published by the Generalitat’s propaganda commission in 1937.

Substantial runs of AU are rare to the market and institutionally. As of February 2020, we find four? North American OCLC holdings, all incomplete: Met, NYPL, UMich, Northwestern. 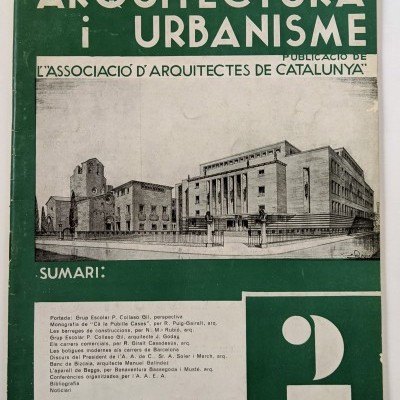 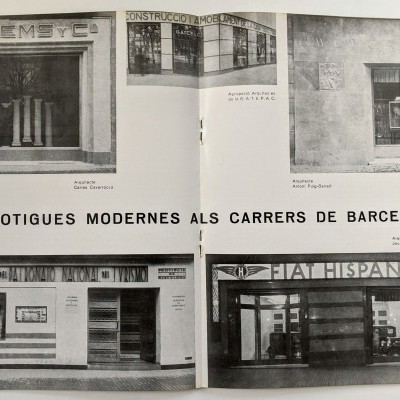 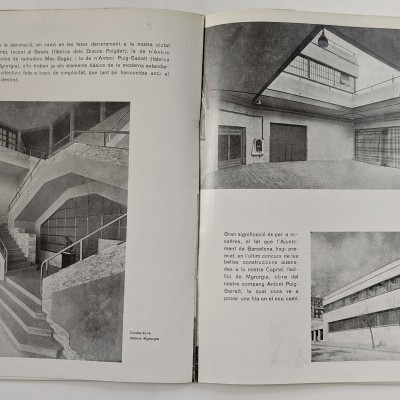 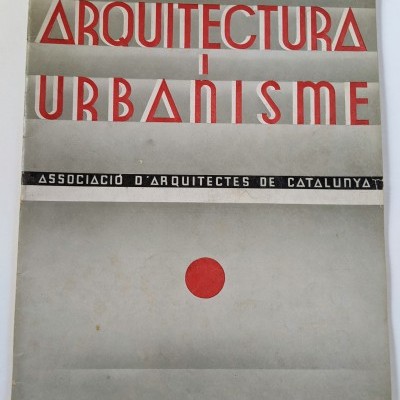 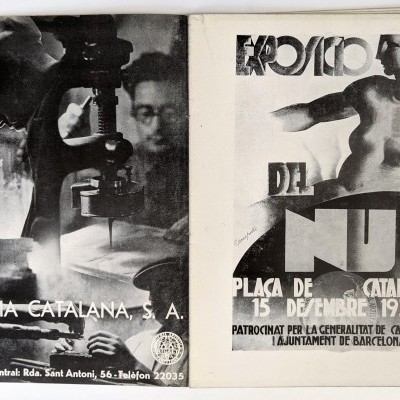 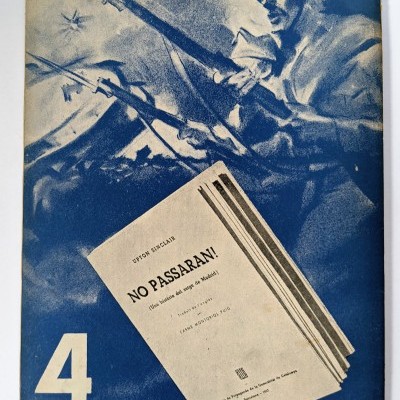 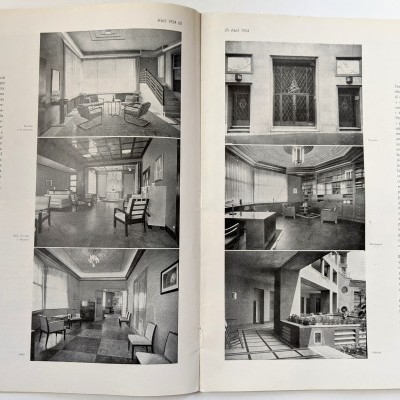 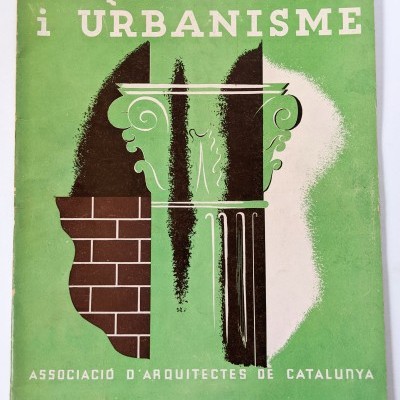 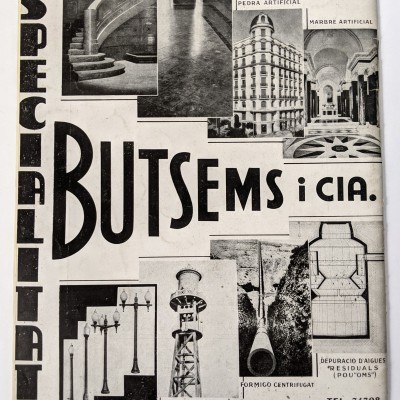 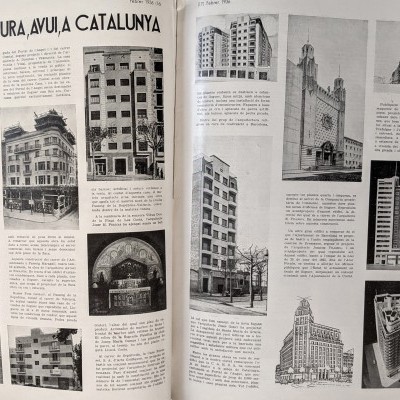 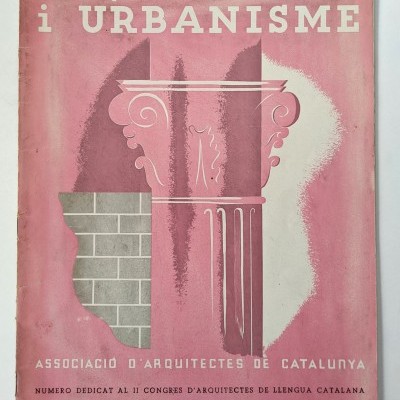 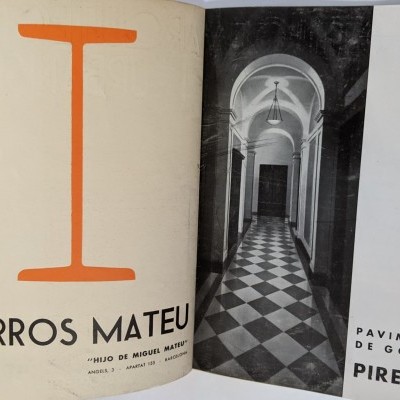 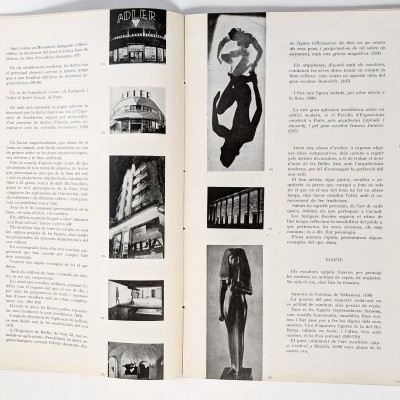 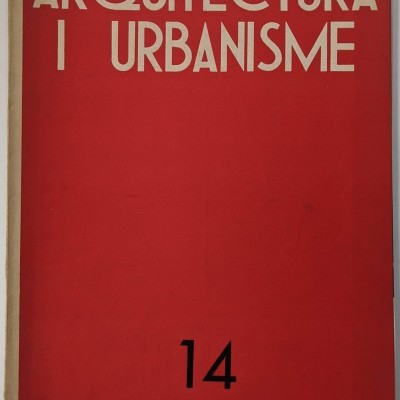 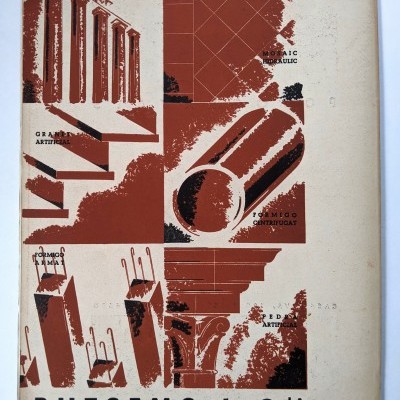 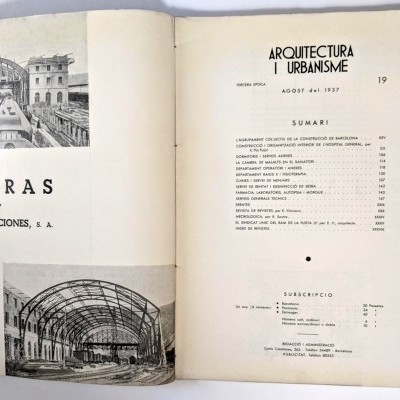 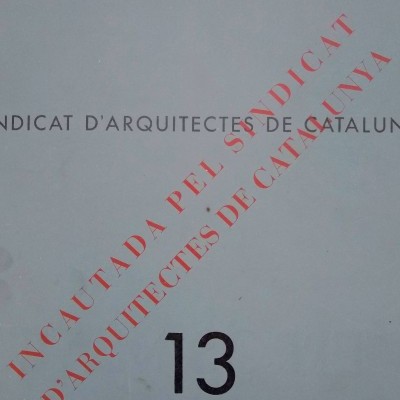