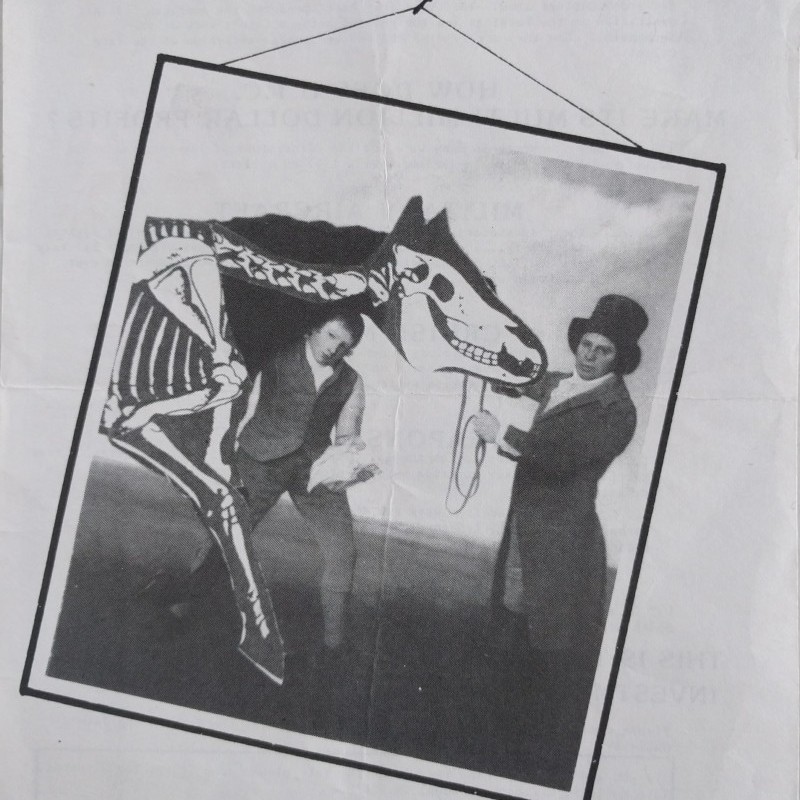 [Art – Protest]. STUBBS—U.T.C.: STAR WARS? London: Campaign for Nuclear Disarmament, [1984]. Flyer, 8-1/4 x 5-7/8 in., printed recto and verso, protesting the United Technologies Corporation sponsorship of the George Stubbs exhibition at the Tate Gallery, central crease from fold, light wear, else good.
U.T.C. is an American aircraft and aerospace manufacturer whose subsidiaries sold arms to the US military and would have provided key technologies for President Reagan’s “Star Wars” defense system. The flyer would have been filled out and handed in at the Tate’s front desk. No examples in OCLC. 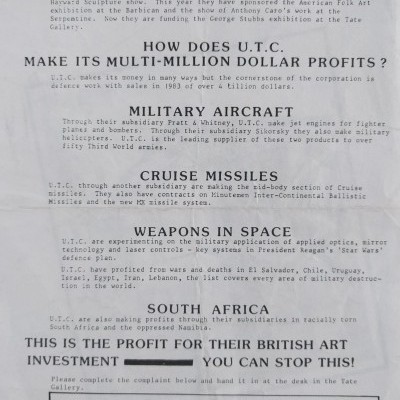