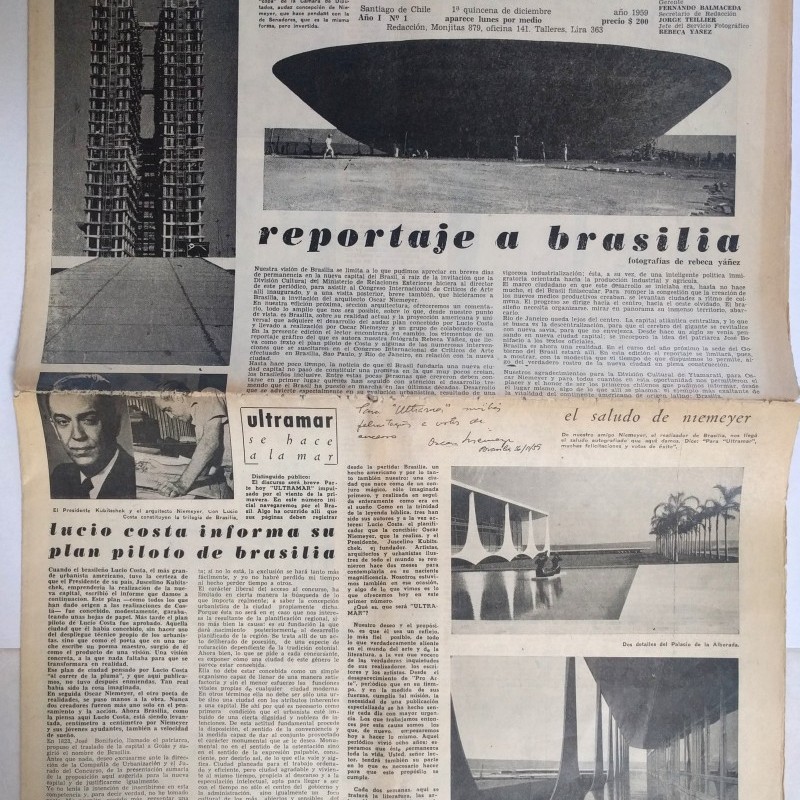 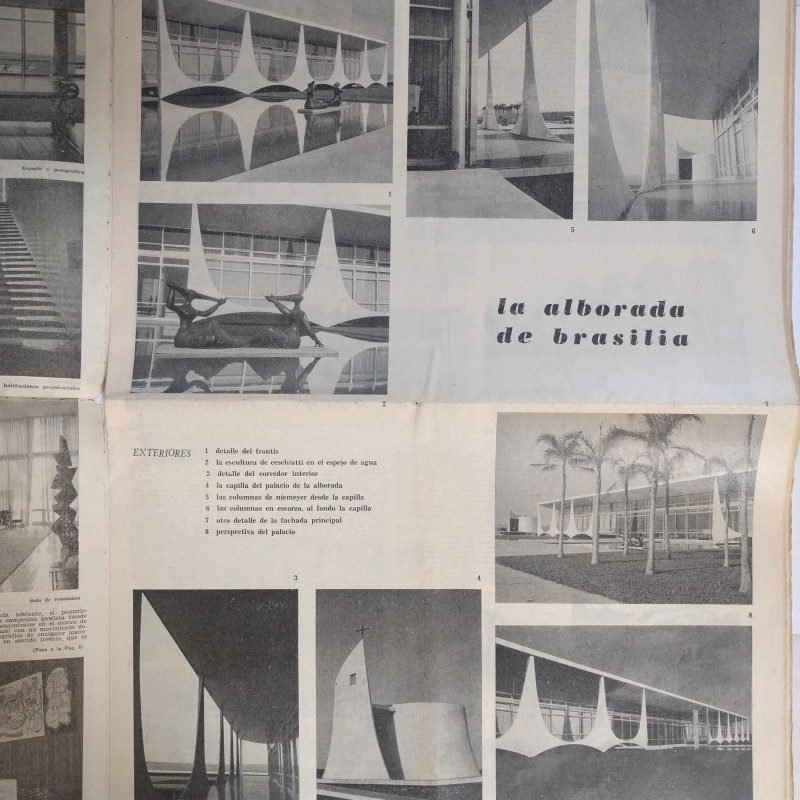 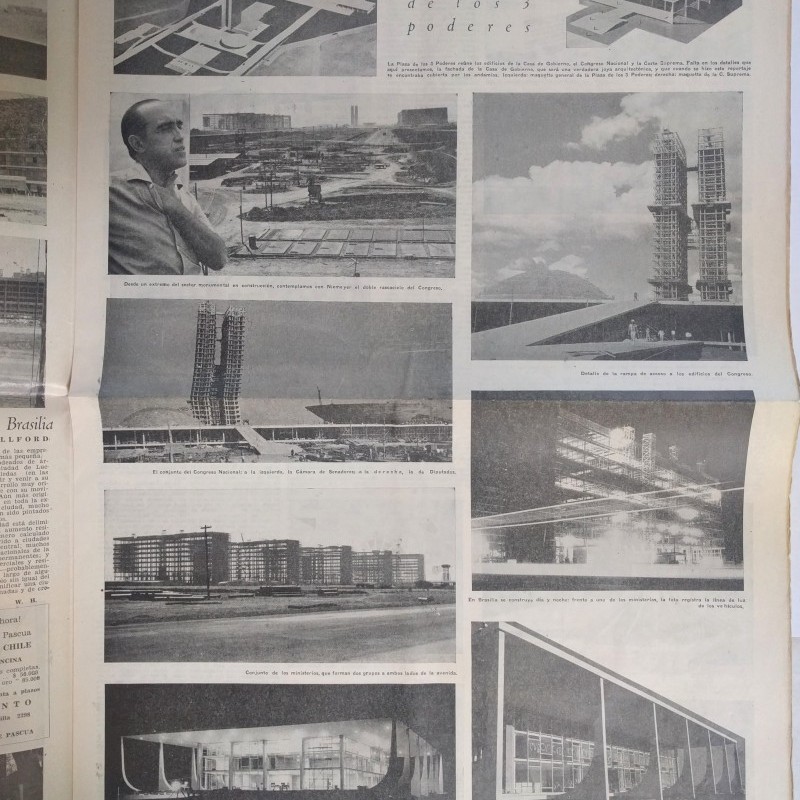 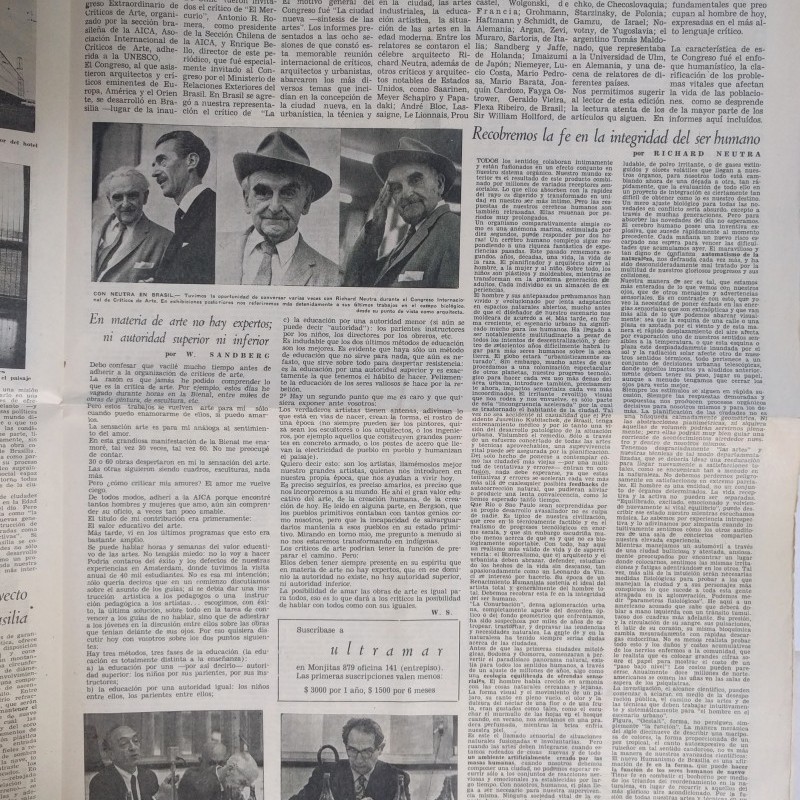 Enrique Bello was previously the founding editor of the Chilean avant-garde weekly, Pro Arte (1948-1956), which covered modern art and literature in Chile and abroad, including writing and criticism by Diego Rivera, Gabriela Mistral, Pablo Neruda, Rosamel del Valle, Roberto Matta, and many others.

Profusely illustrated with photography of Brasília under construction by Rebeca Yáñez, and Chilean artists and their work at the Bienal, as well as caricatures of delegates at the Art Critics Congress by critic and cartoonist Antonio Romero.

Articles are by Bello and luminaries in the field including Andre Bloc, Costa, and Richard Neutra on Niemeyer.

Although there are bibliographic references to a No. 4, we are unable to locate a single issue in OCLC in September 2017.