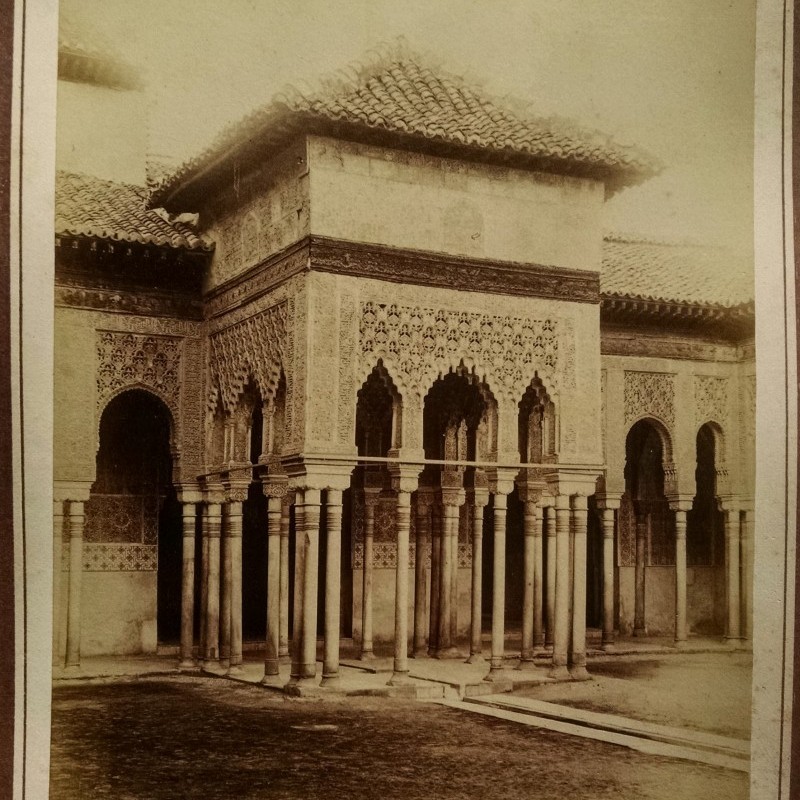 The Alhambra had fallen into disrepair until its “rediscovery” by travelers including Washington Irving in the early 1830s. The government and private commissions conducted a series of disastrous restorations and reconstructions of the palaces in the 1840s. By the 1880s, it was a popular destination; these photos document its touristic importance as well as the misguided 19th century restorations. They reflect a period of increased European orientalism and particular interest in the Alhambra’s synthesis of Islamic and European styles. 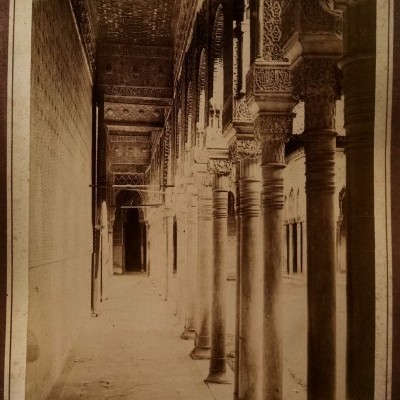