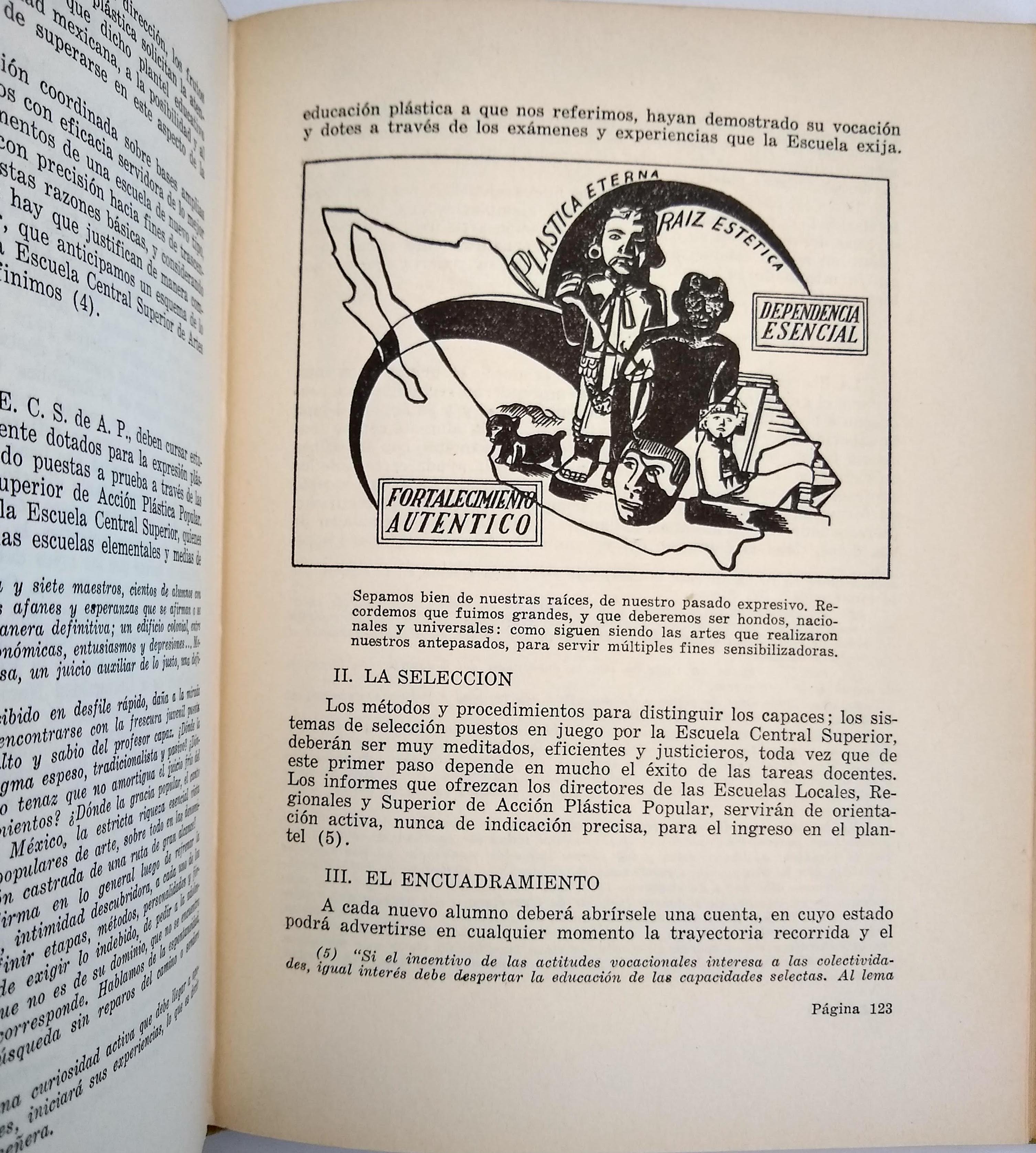 Well-illustrated book about a short-lived experimental children’s art program, the Escuelas de Acción Artística (EAA). Iterations in both Mexico and Cuba built on the revolutionary educational ideals of the Escuelas de Pintura al Aire Libre, founded a decade earlier in Mexico City. The EAA incorporated these ideals with indigenous methods and styles, and prioritized free expression. These were important aspects of Indigenismo in Mexican arts in the early twentieth century, but the schools were later criticized for paternalistic assumptions about the “authenticity” of “naive” native arts.

The author, Gabriel García Maroto, was an exiled Spanish printer, artist, and critic who trained in one of Cuba’s Escuelas de Acción Artística in the late 1920s. He brought the EAA philosophy to Michoacan, founding several programs there with the support of governor (and future President) Lazaro Cárdenas. The schools taught print-making, drawing, and painting to predominantly indigenous and working-class women and children. Aligned with Cárdenas’s work on agrarian and land reform, García Maroto believed that his schools could teach the people to “possess” their land through art.

García Maroto was a member of avant-garde Spanish artistic circles in the 1920s and 30s. As a printer, he was an active member of the Republican Asociación de Intelectuales Antifascistas para la Defensa de la Cultura and had the distinction of publishing Frederico García Lorca’s first book. He began “Editorial Plastica Americana’’ with the intention of issuing a “Colección Plástica Mexicana” series but this appears to be the only title ever published under either imprint. After settling in Mexico, he also promoted art education for children with hearing problems. The book is dedicated to his son, the deaf painter Jose García Narezo. 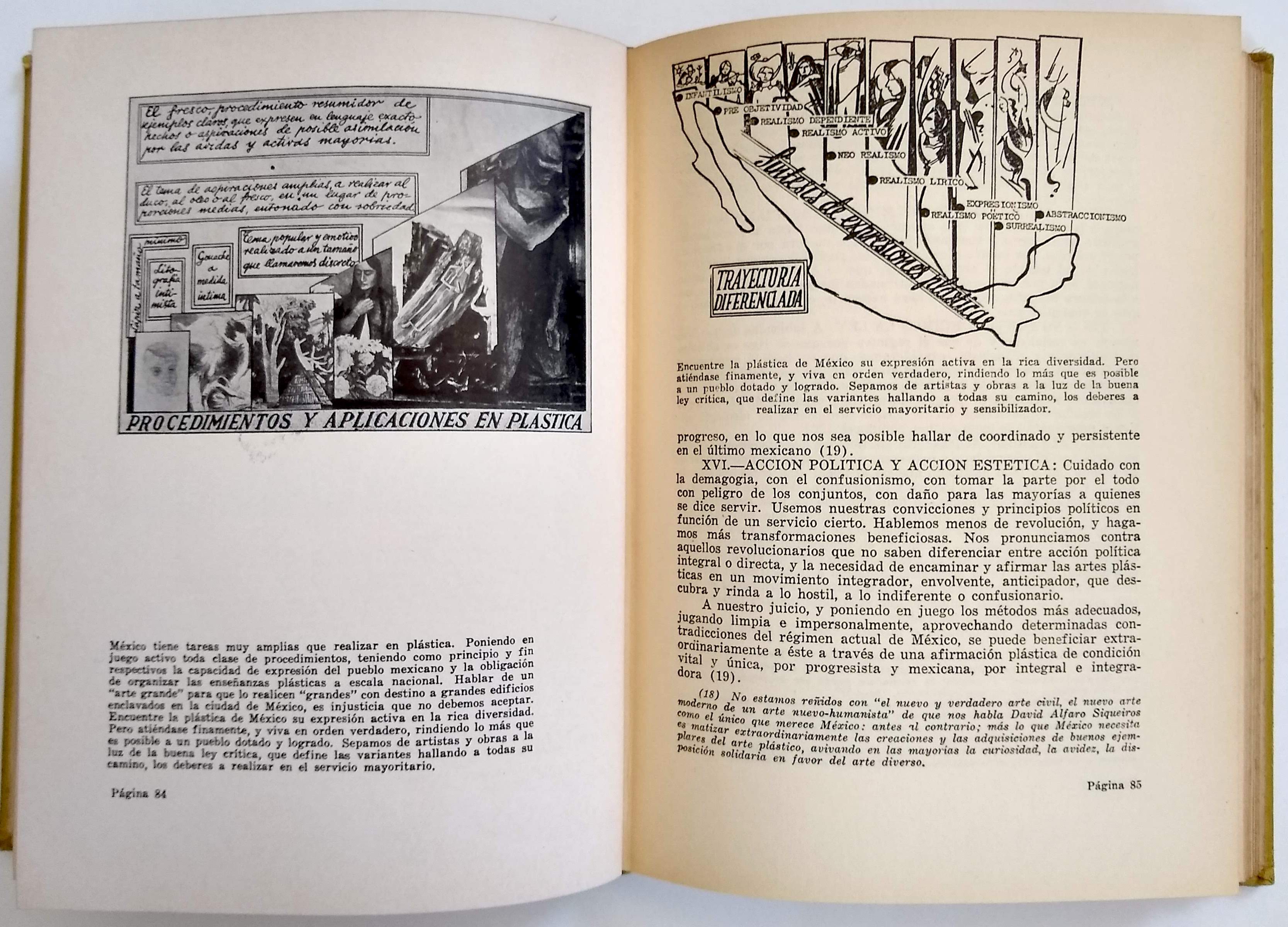 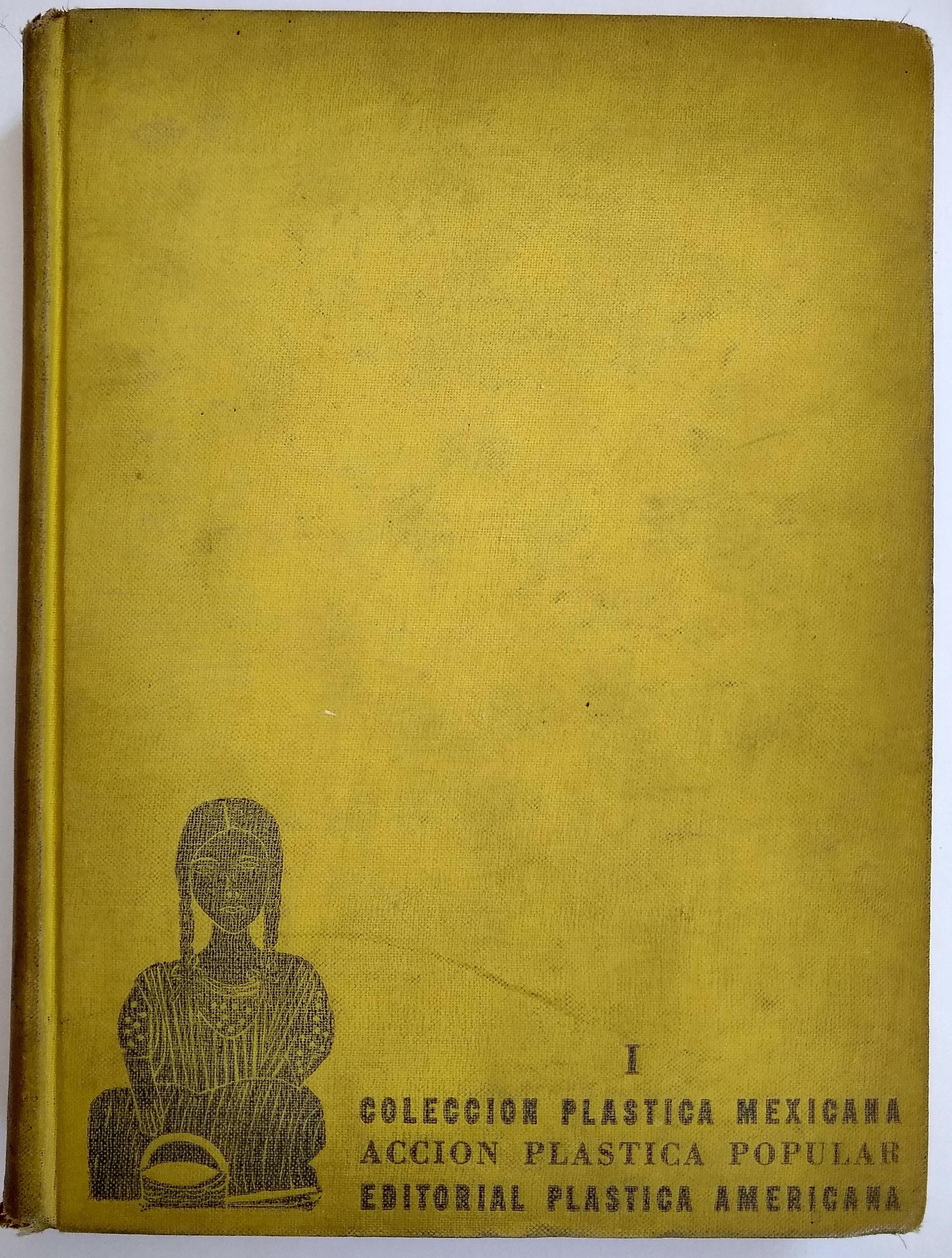 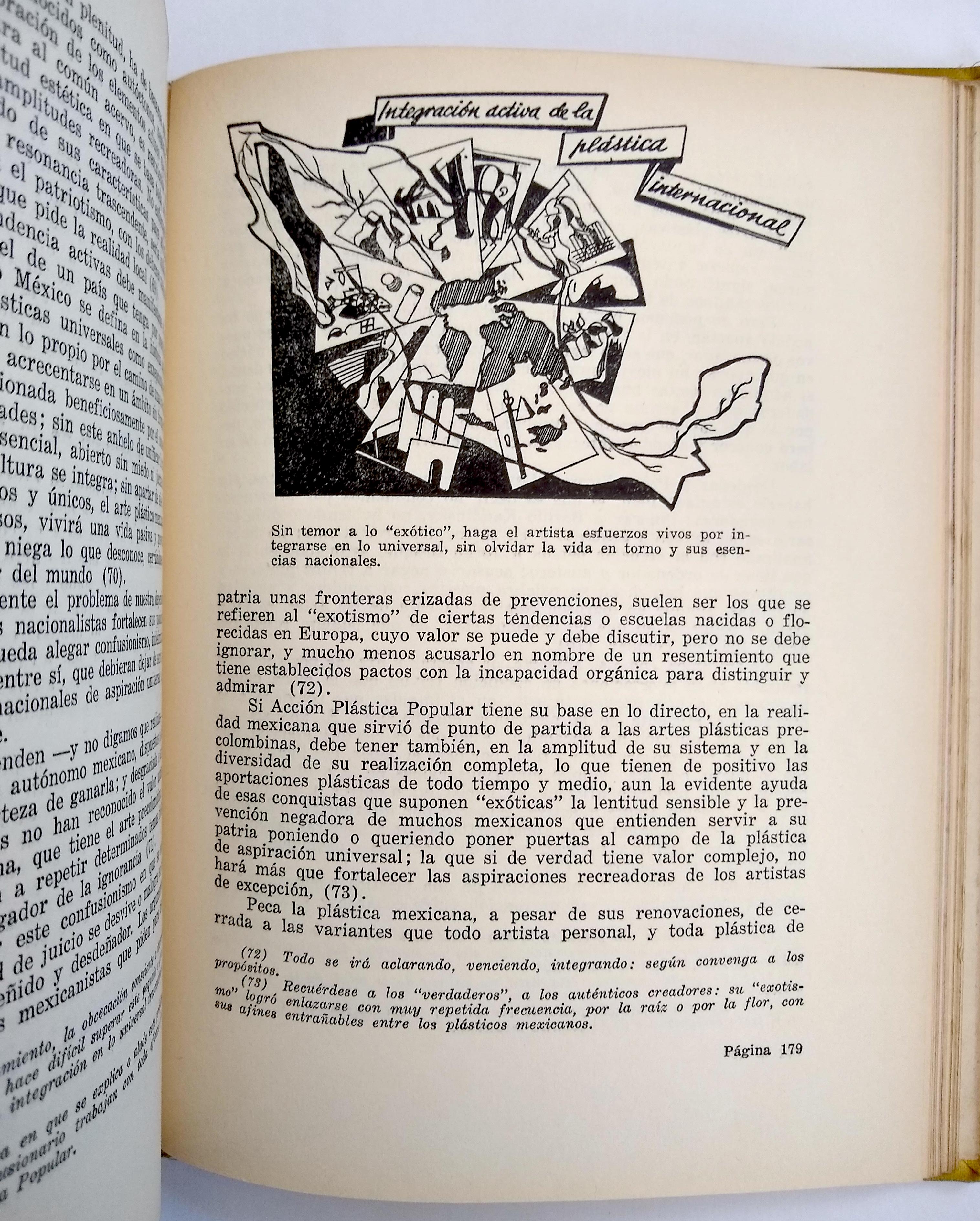 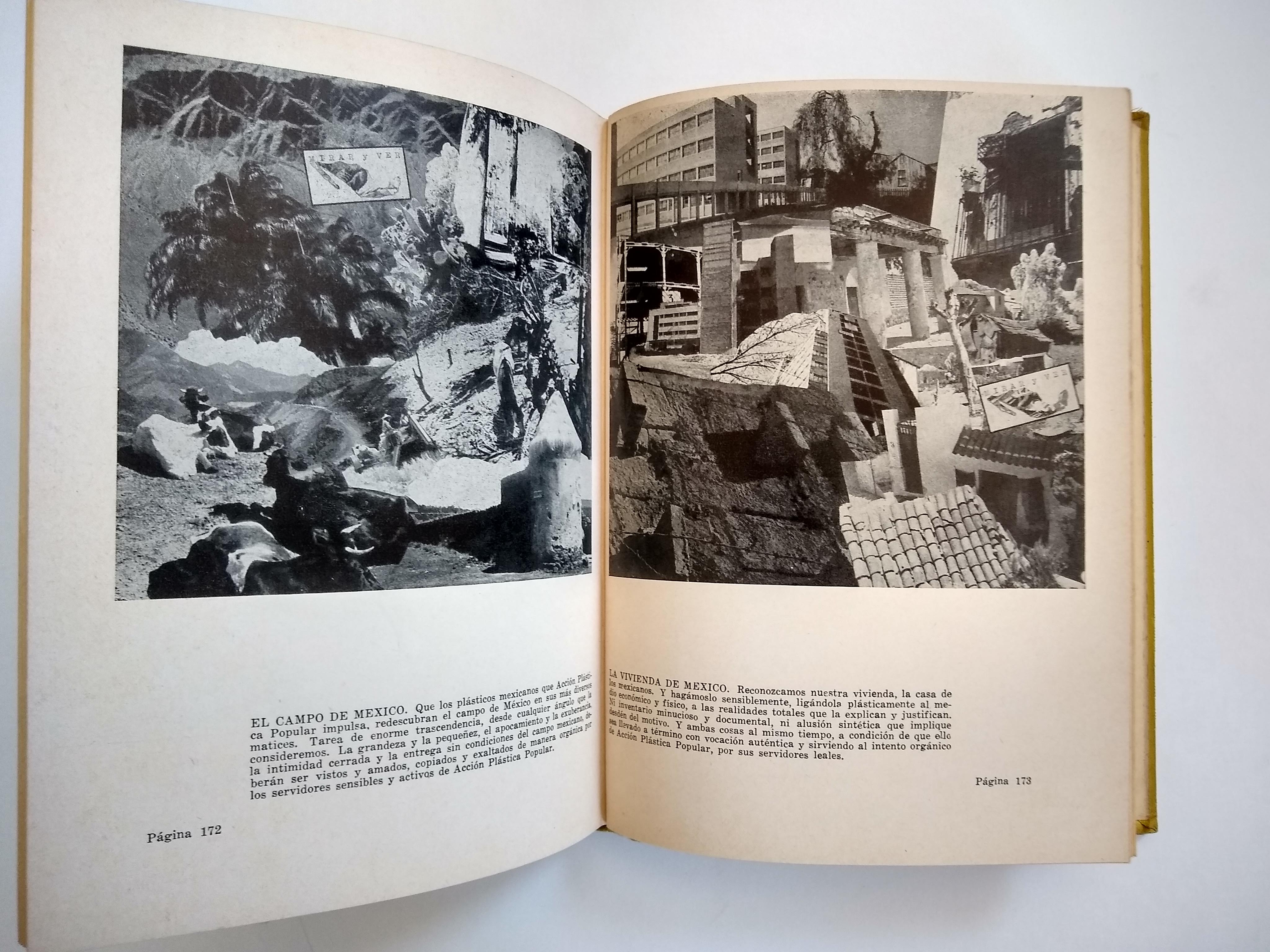