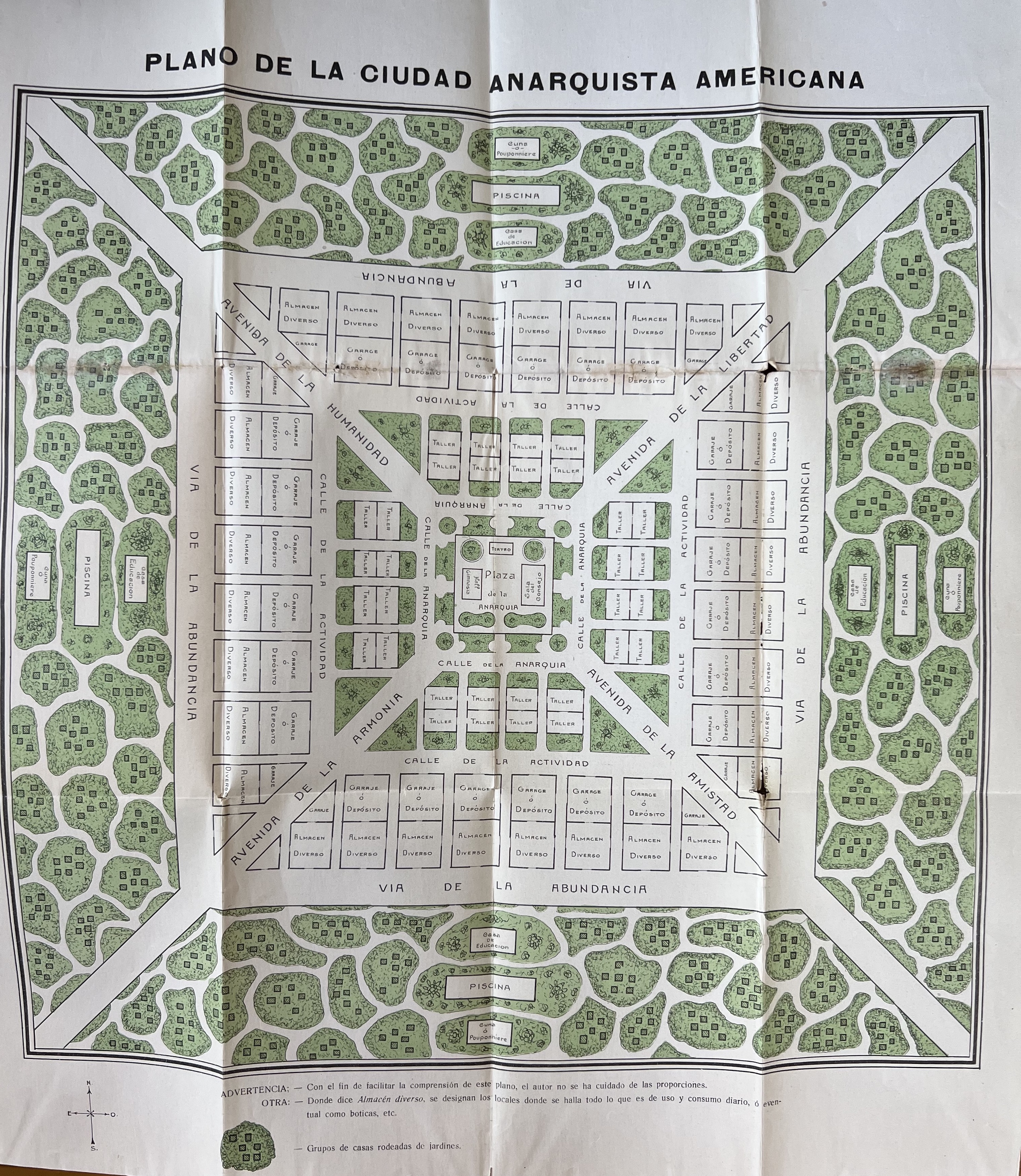 Extraordinary document of Latin American anarchist thought and urban planning, and a groundbreaking example in the history of utopian literature, almost unknown in English-language accounts.

Author Pierre Quiroule was a prolific anarchist writer in Argentina where a flourishing worker’s movement in the early 20th century produced numerous anarchist newspapers and periodicals that dominated the revolutionary press. Anarchism was a significant influence in Argentine intellectual circles and politics from 1890-1920, despite being marginalized in many scholarly accounts. (1) This is the context for Quiroule’s most important novel, “of crucial importance to understanding Argentine utopianism” (2) and how the utopian myth shaped national literature and identity. La Ciudad Anarquista distances itself from traditional (European) utopian fiction, which often takes place in ambiguous post-revolutionary eras and fantasy non-spaces, replacing them with definitively New World topographies and a story that highlights the painful transition from capitalist and monarchist society to an anarcho-communist future.

Anticipating some of the challenges of the Russian Revolution in 1917, Quiroule’s novel describes several rounds of political and social transformation, the first is a coup d’etat against the capitalist regime; the second is a revolution against the authoritarian communist state which replaces it. “The Anarchist City of America’s originality resides in the raising of these questions which had never before been addressed by utopian novels.” (3)

Quiroule identifies the metropolis as the corrupting organizational factor of the communist state, and proposes a new way of living in urban communities integrated with nature. For these descriptions he is clearly indebted to the literary examples of William Morris and Joseph Déjacque as well as the political theories of Piotr Kropotkin. Although he comes to some rather absurd conclusions about anarchist clothing and diet, he proposes a number of prophetic ideas about renewable energy (solar, wind, etc.) and the collectivization of land that relate to recent anarchist experiments.

Scarce: not reissued until 1976 and still unavailable in translation; no records of public sales; and only three OCLC holdings in North America: UFL, Washington U, and UNM. 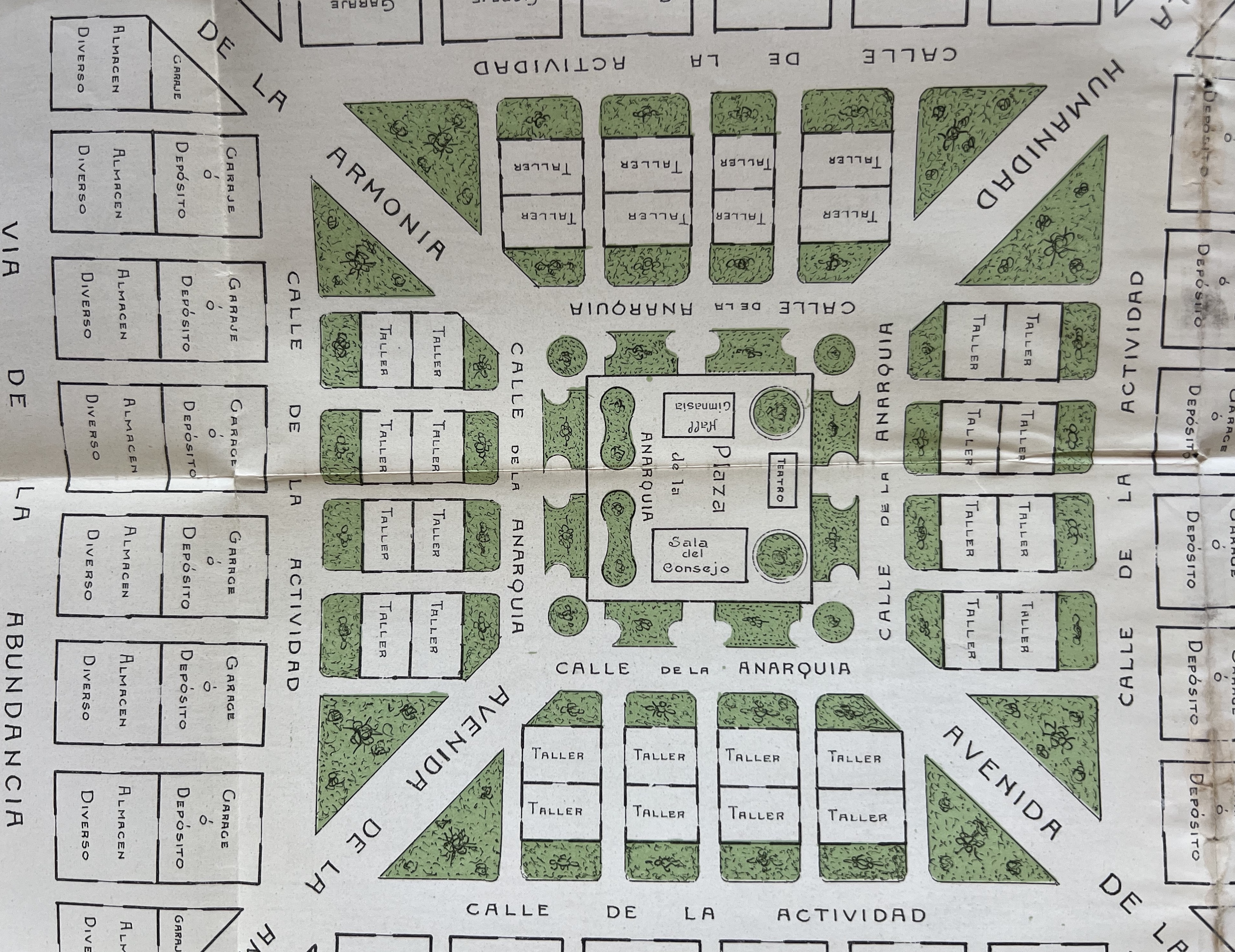 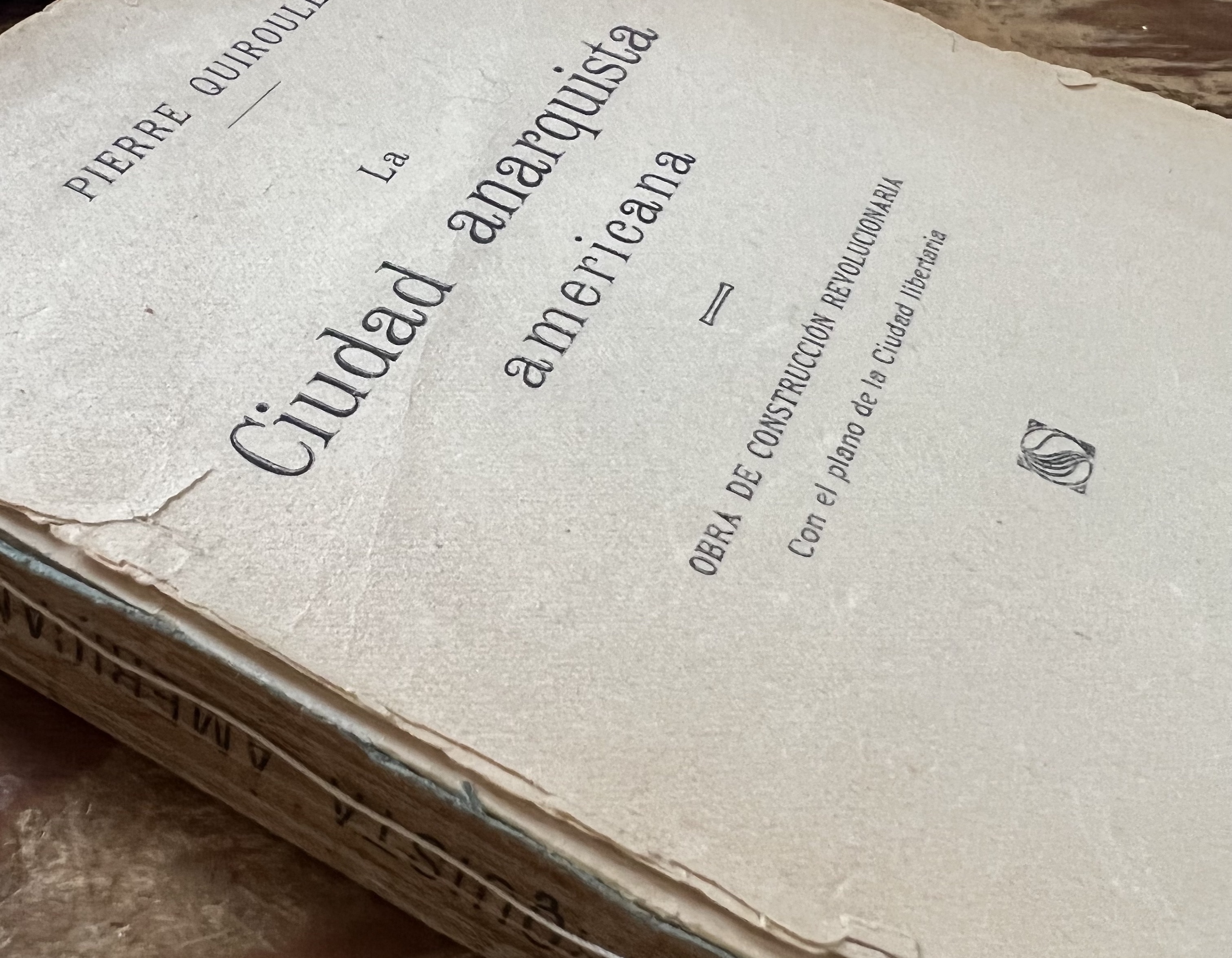 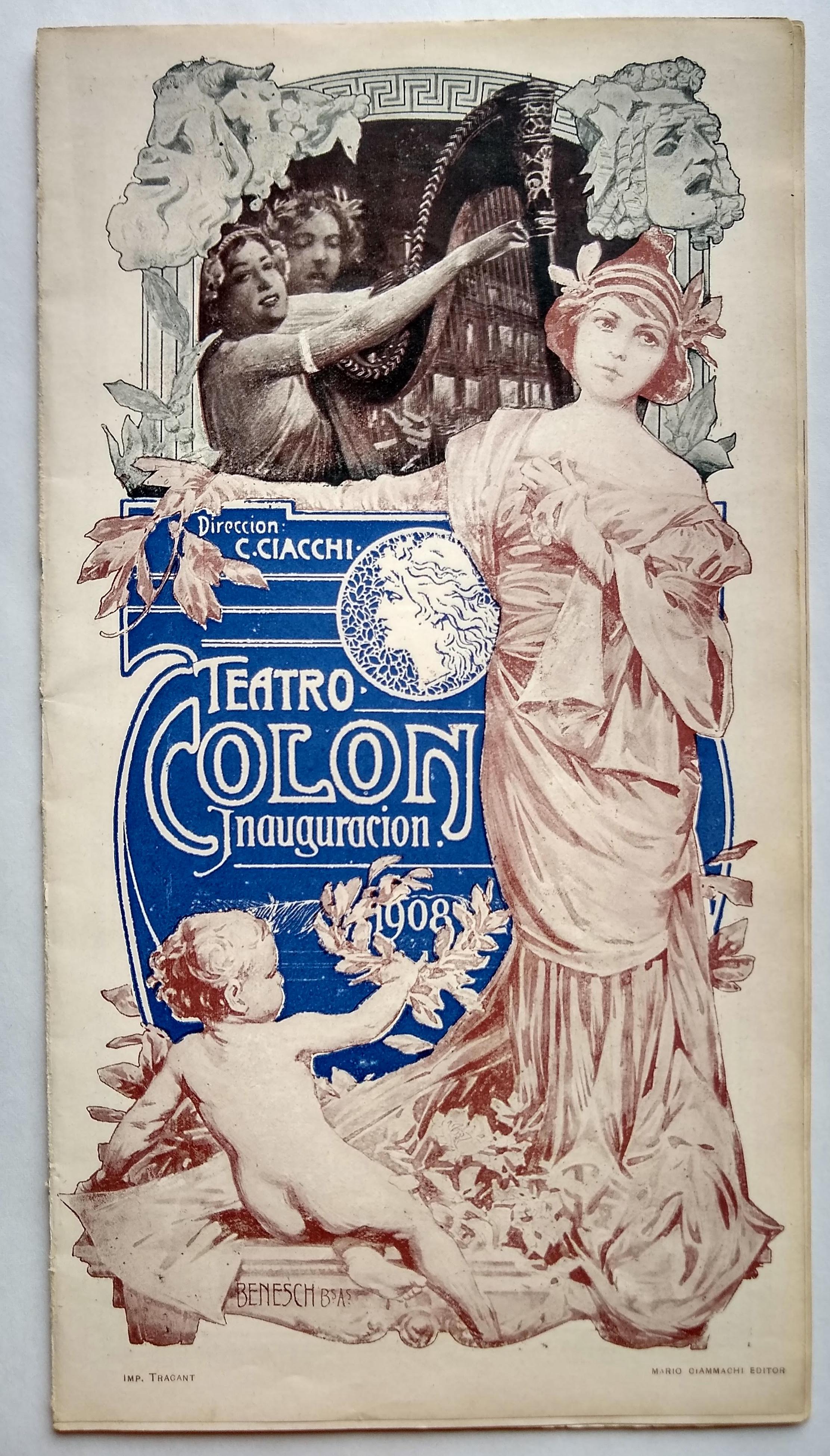 The original Teatro Colón was closed in 1888 to make way for a modern national opera. The new building took twenty years to complete, and it opened in May, 1908, with a performance of Aida. The highlight of the inaugural season was the world premiere of Hector Panizza’s Aurora, the first “Argentinian” opera, commissioned by the theater. Beloved by Buenos Aires’s audiences, the tenor aria “Alta en el cielo” became the hymn for the Argentine national flag. The present group includes the program for this premiere, conducted by Panizza. It also includes a program for Pagliacci; the featured soprano, Emilia Reussi, was the first Argentine woman to sing at the Colón.

The programs are each printed in 2-4 colors. They include plot synopsis and Art Nouveau advertisements for liquors, interior furnishings, fashions, soaps, perfumes, opera glasses, pianos, Pathé records and phonographs, and modern appliances, including an early domestic vacuum.

Not recorded in OCLC. 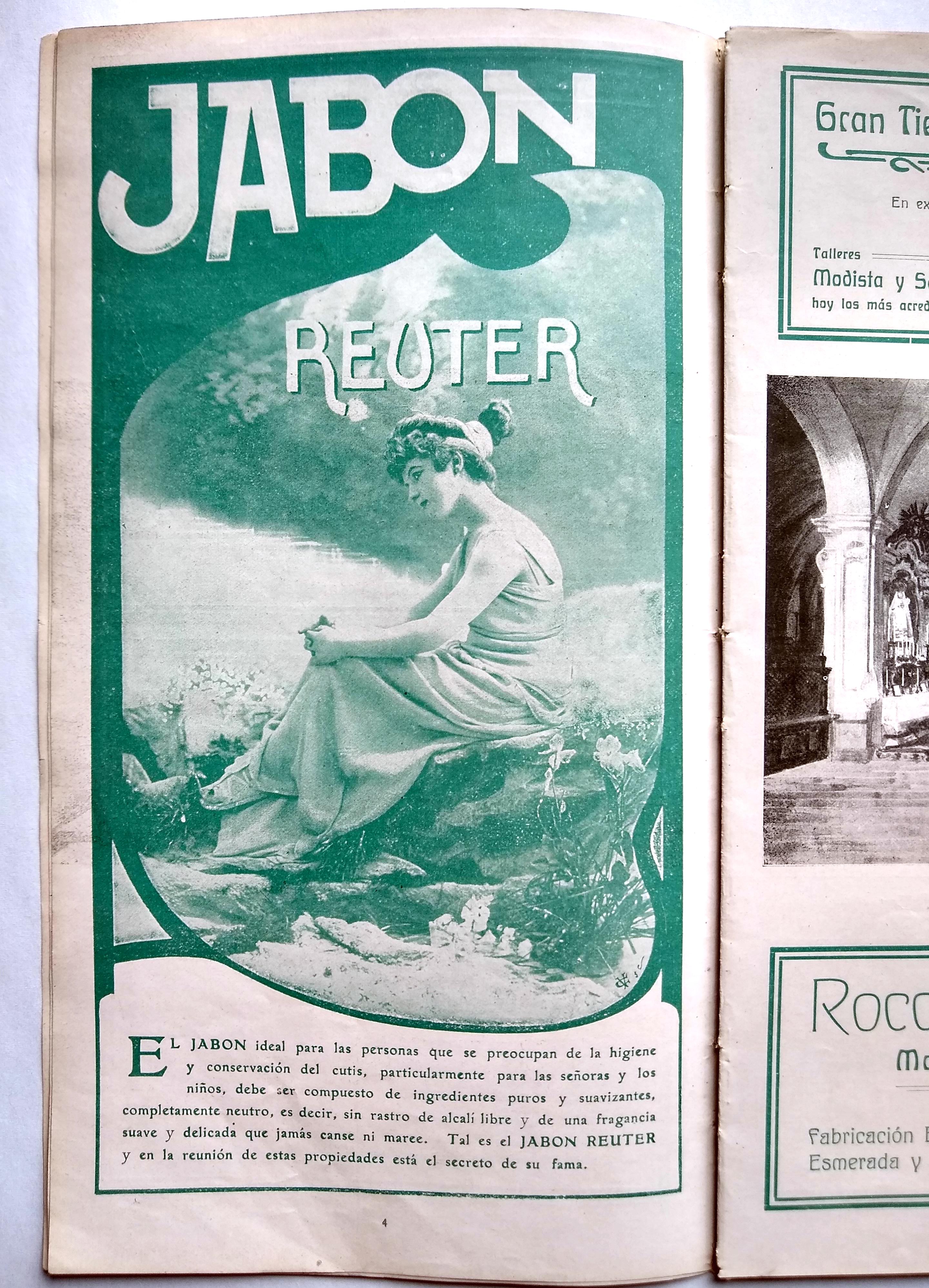 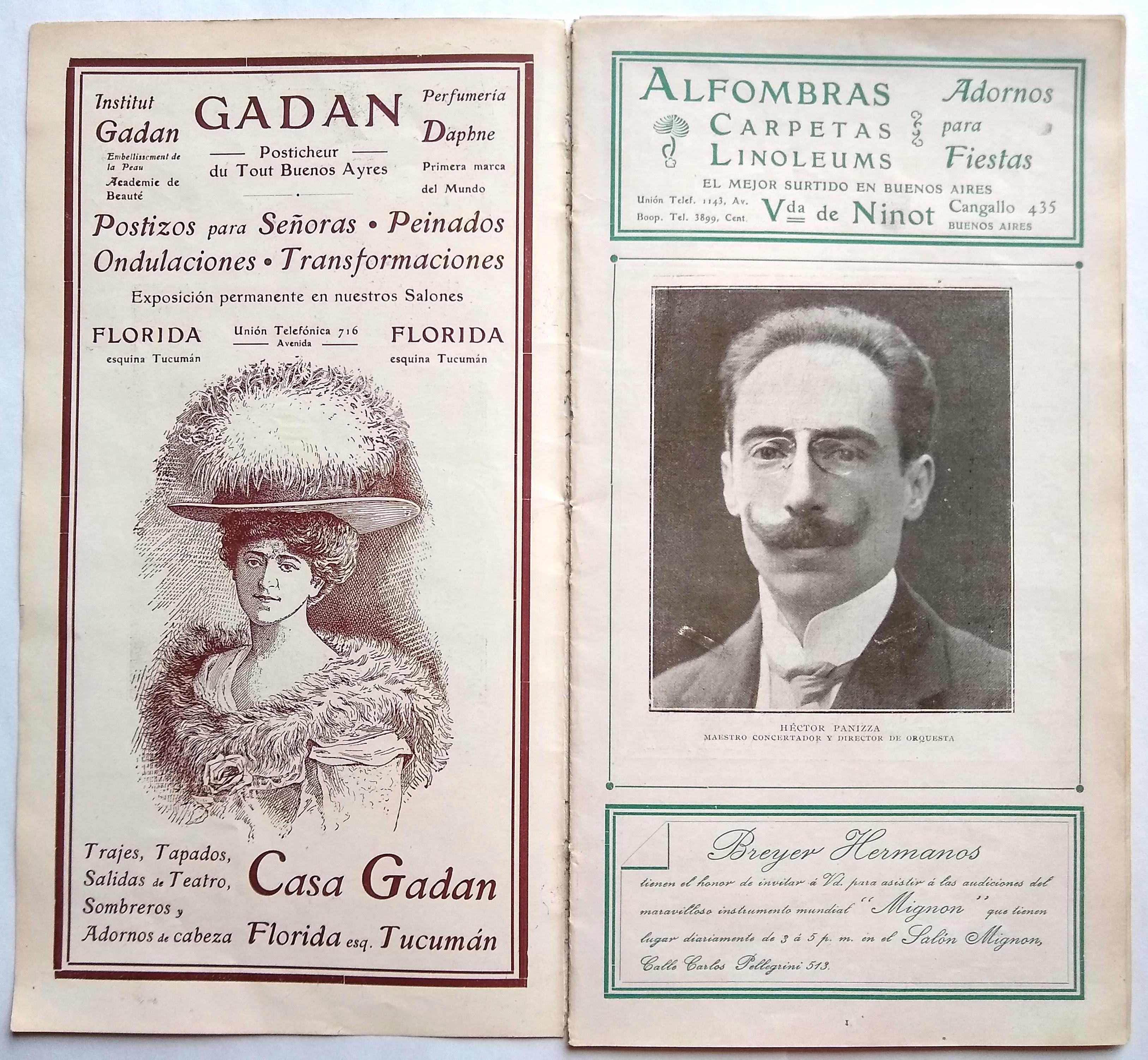 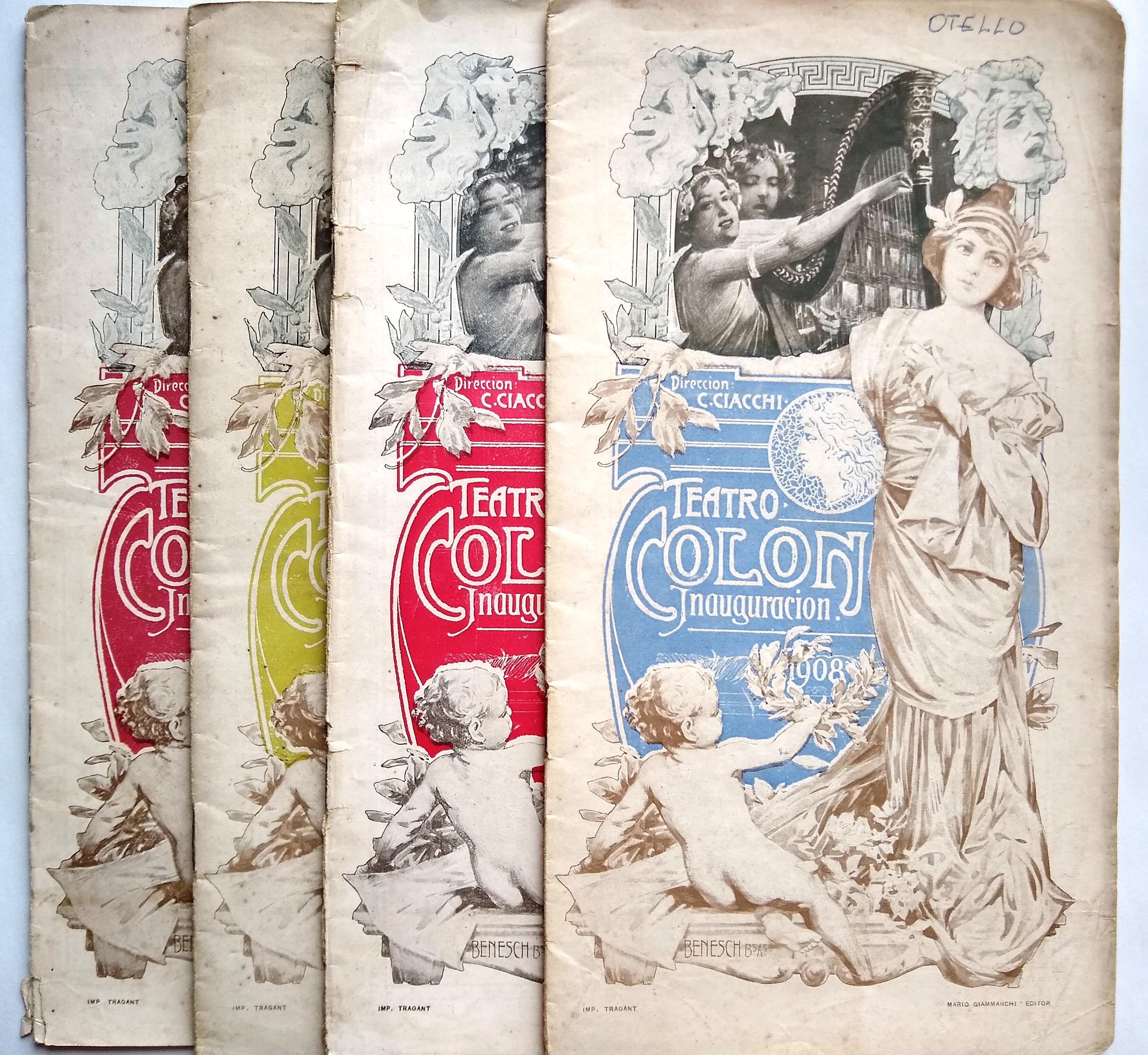 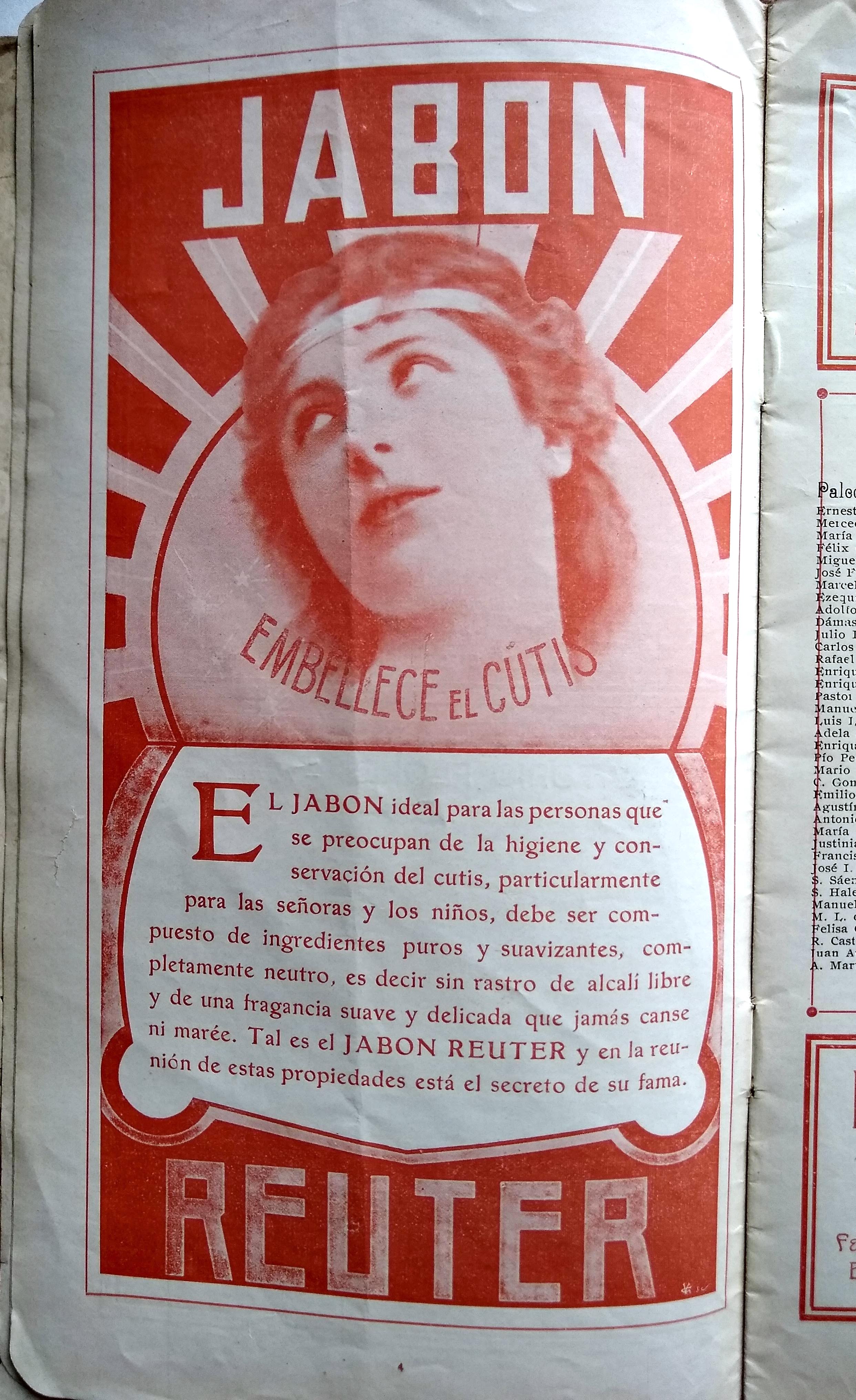 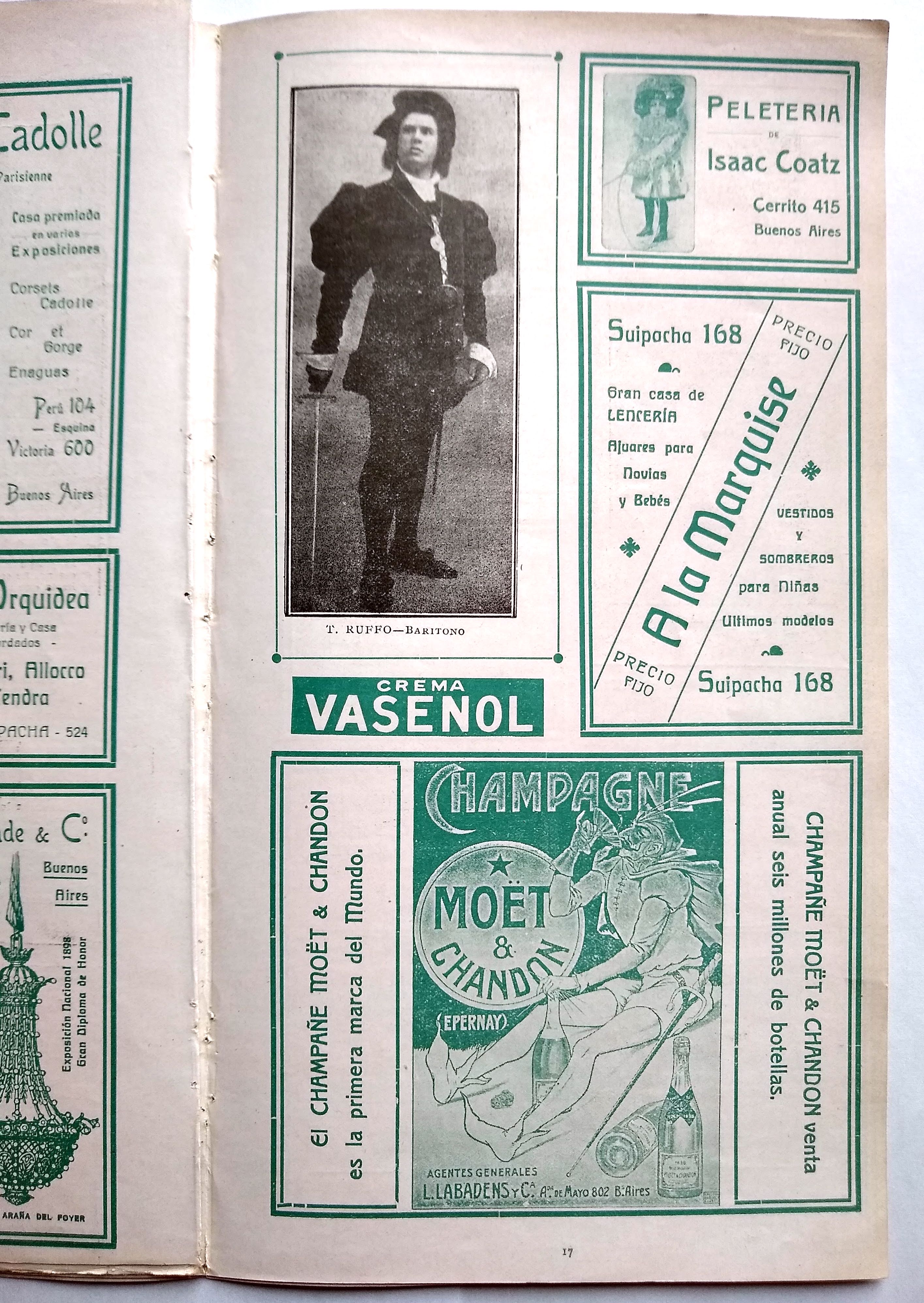 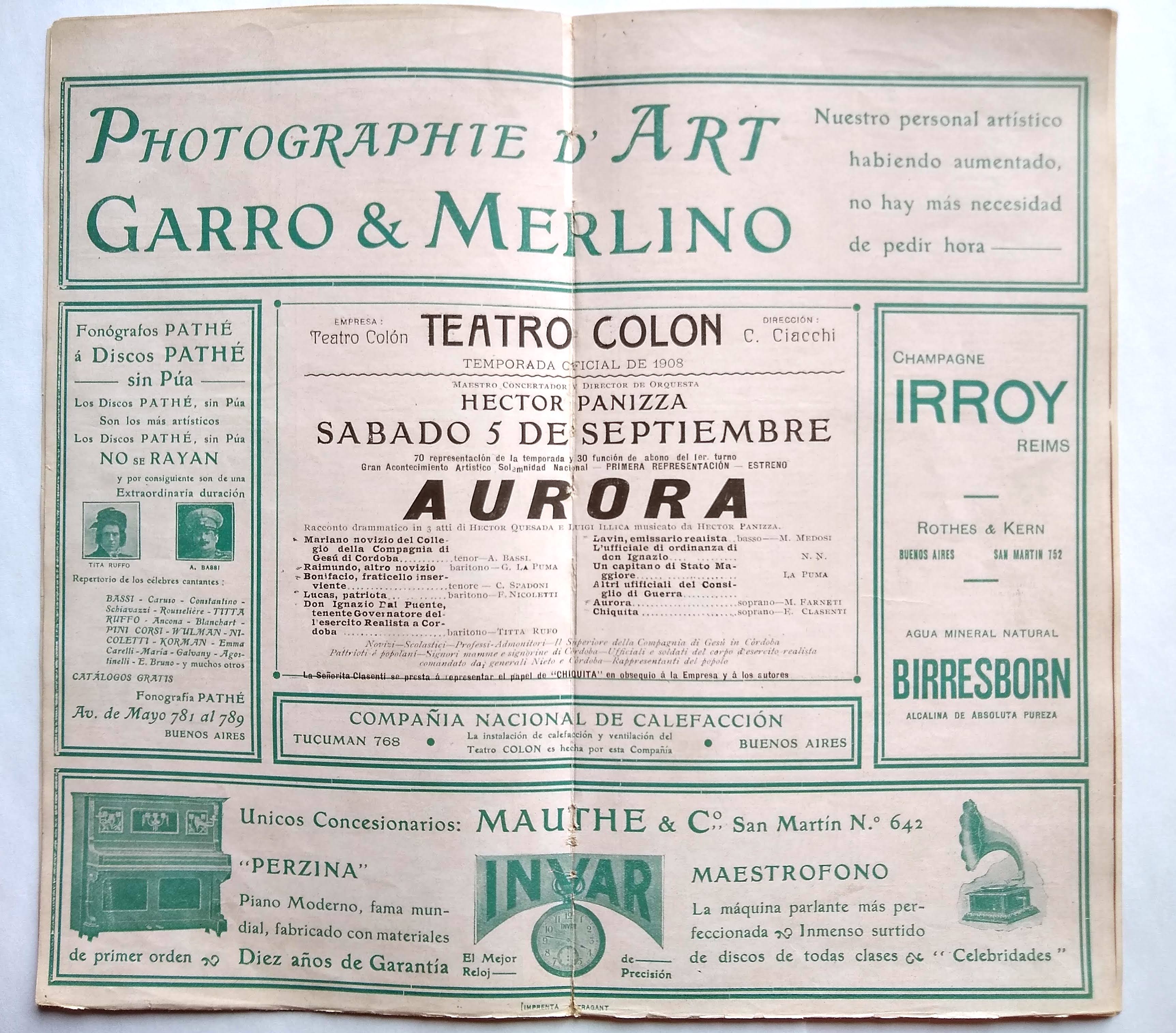 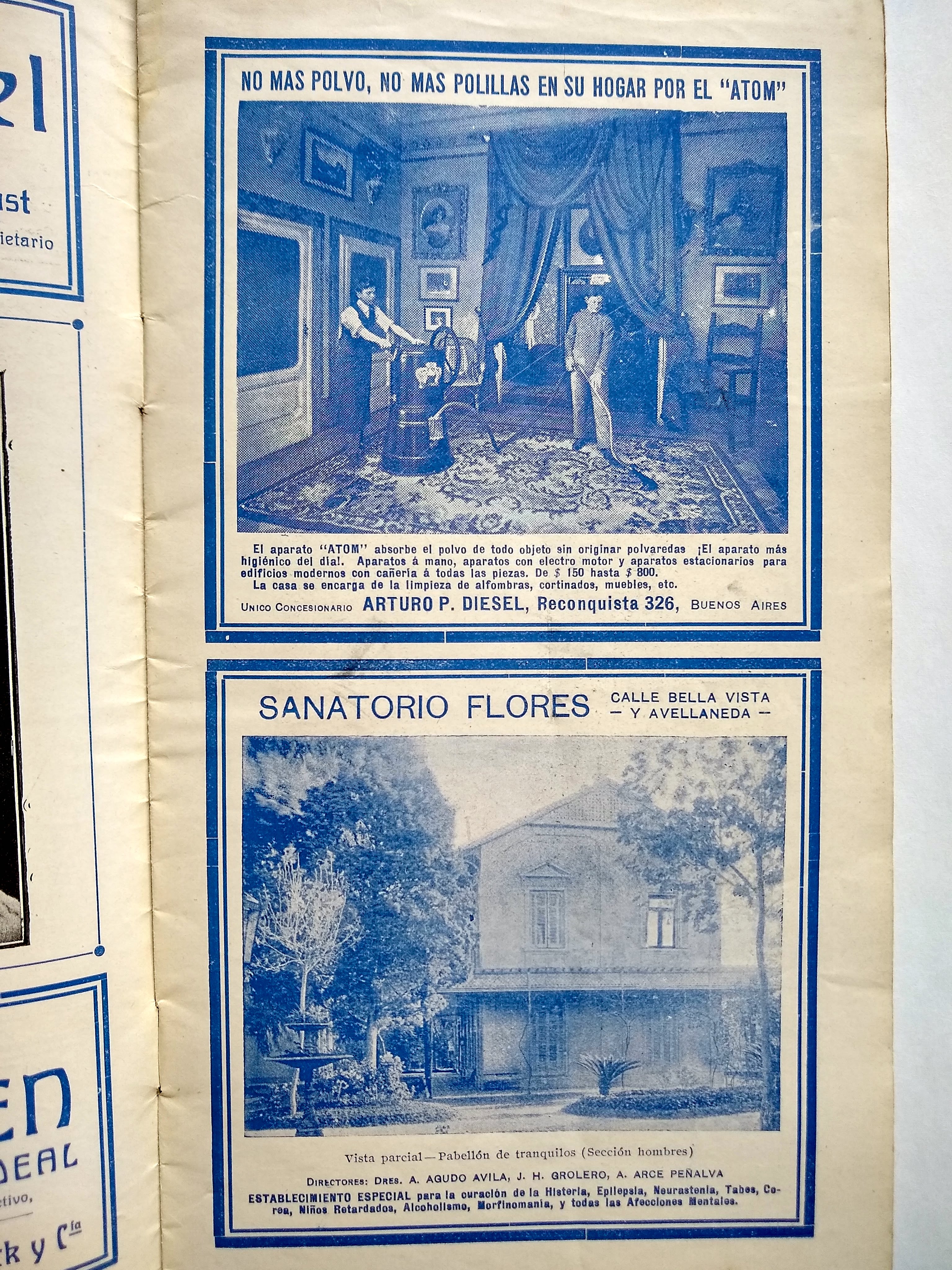 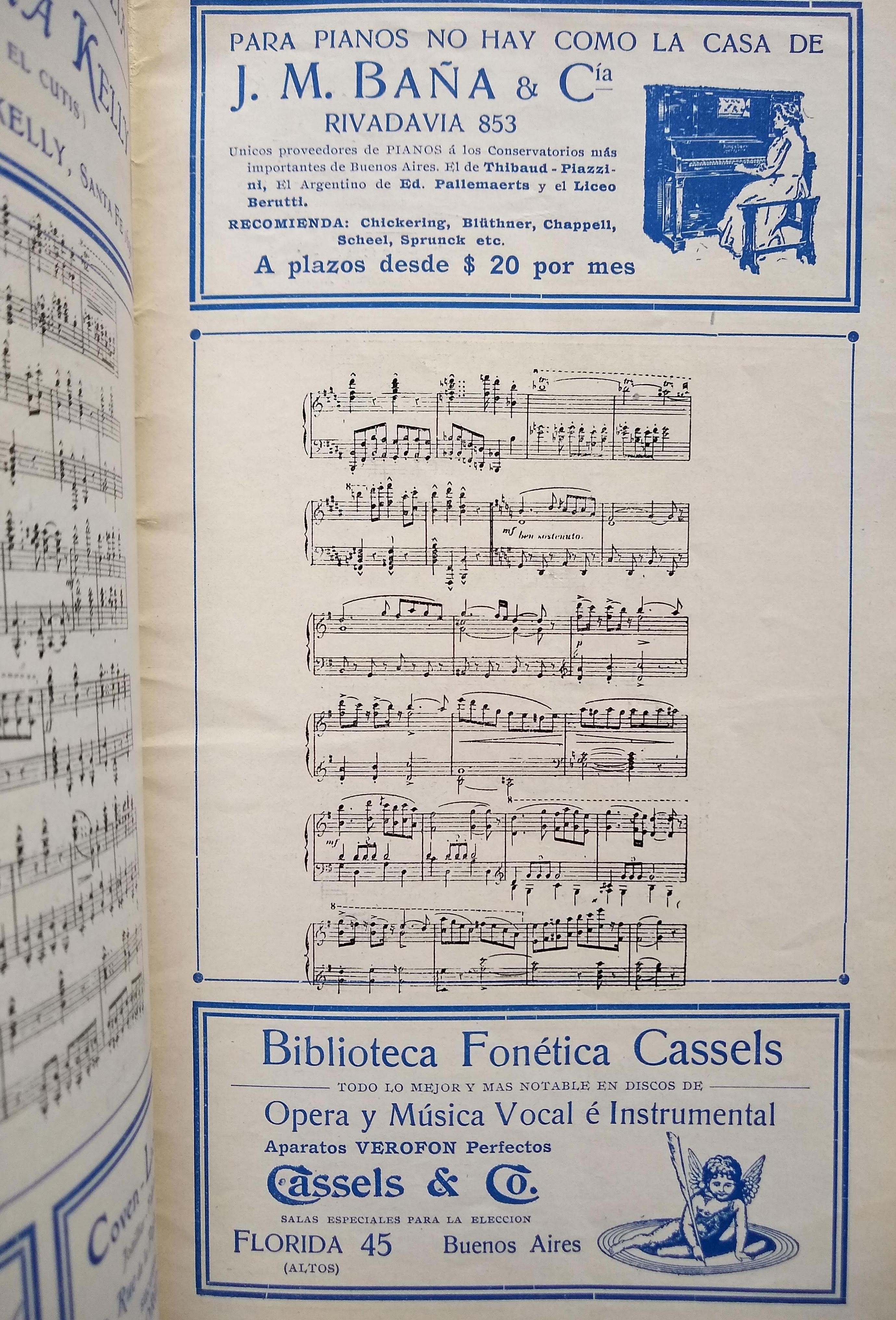 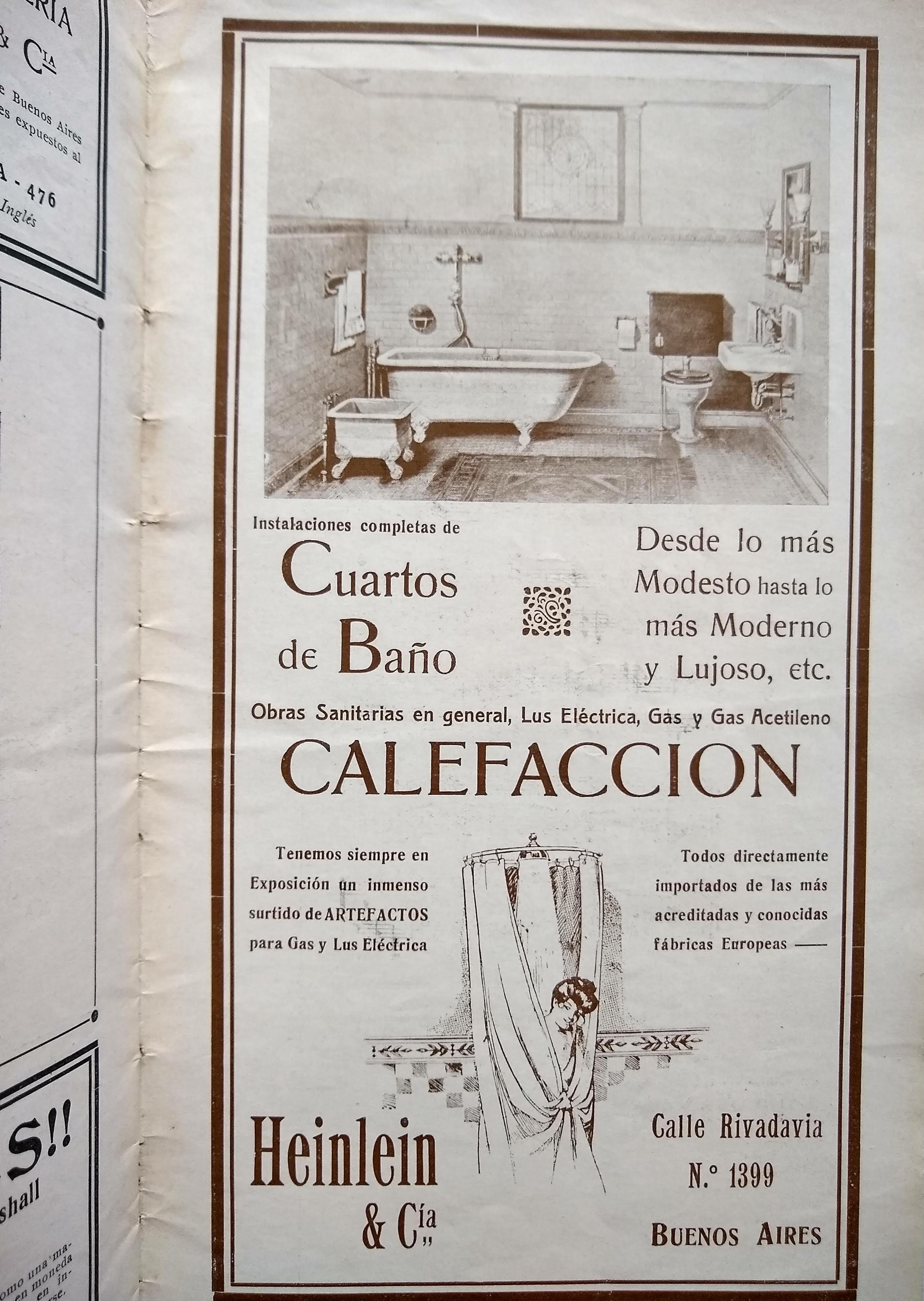 Slullitel was an orthopedist and art collector whose patronage in Rosario extended to both the visual arts and a literary salon. An uncommon volume of his thoughts about the relationship between medicine, art, and culture, with an important association.

Catalogue an exhibition of painting and sculpture by Argentinian artists, on the theme of energy. 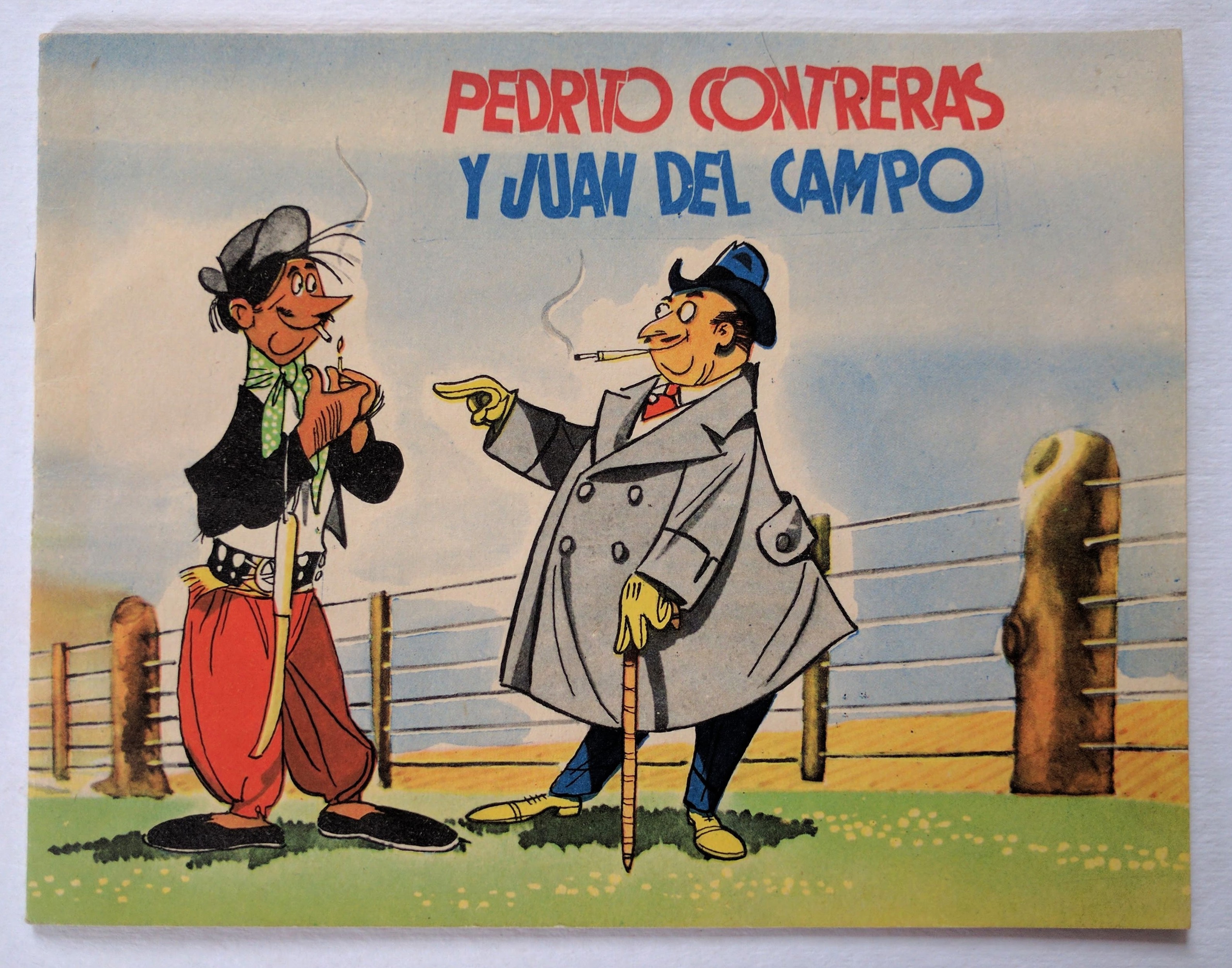 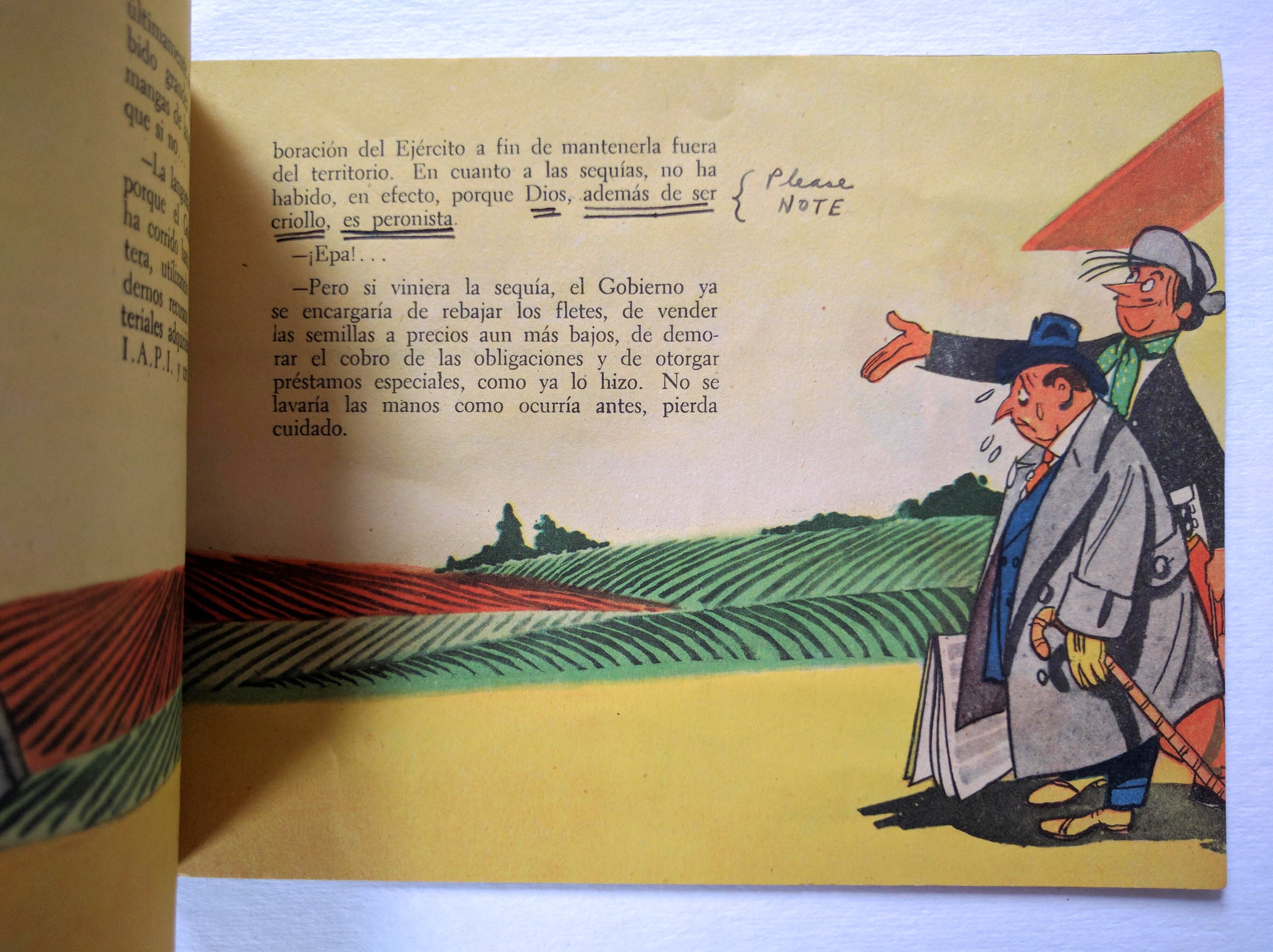