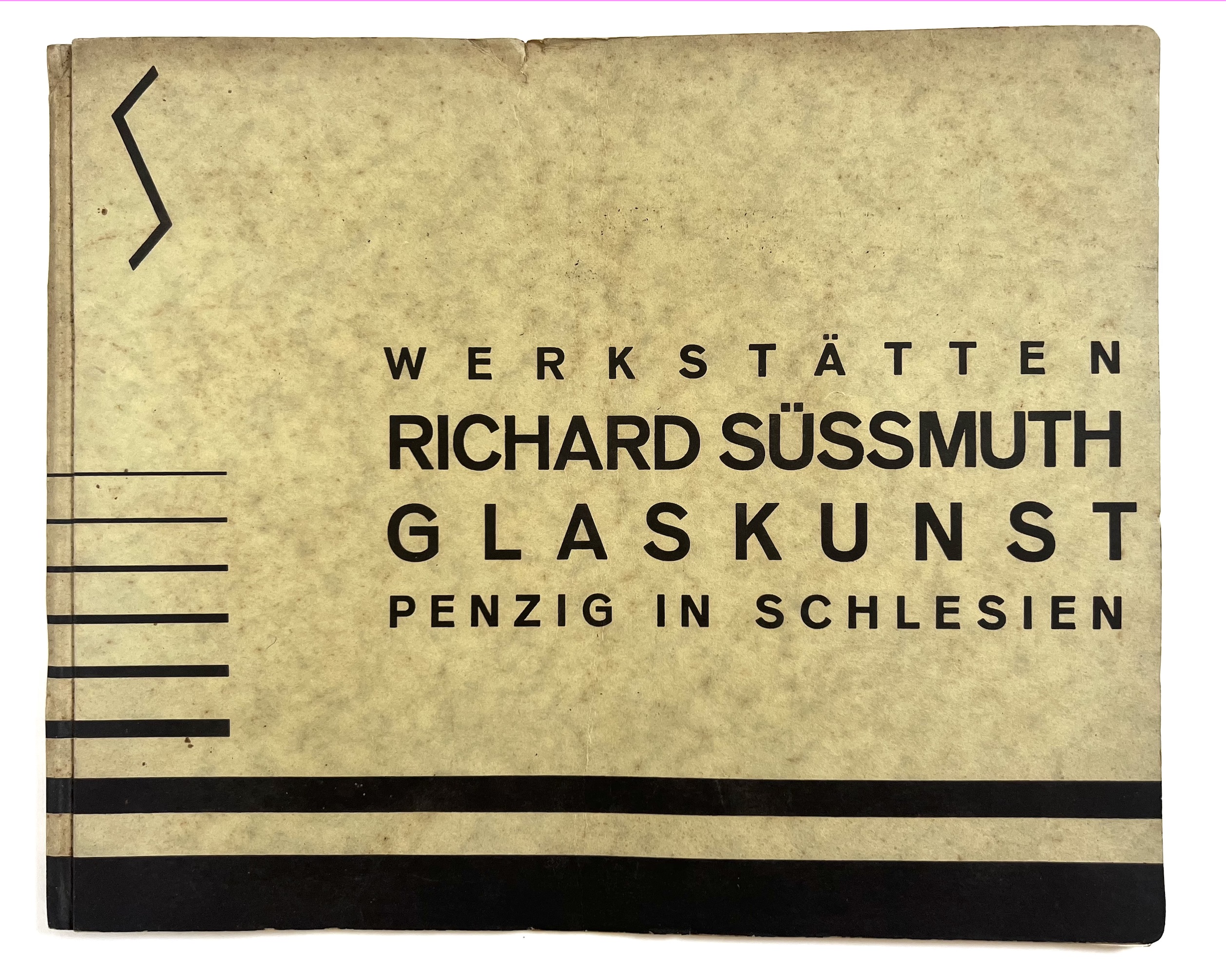 Glass artist Richard Süssmuth (1900-1974) studied at Dresdner Akademie für Kunsthandwerk and set up his own workshop in Penzig in Schlesien in 1924. Influenced by Neue Sachlichkeit, Deutsche Werkbund, and Bauhaus, he designed simple, stylized glass tablewares. His workshop was destroyed during WWII and he left Silesia during the mass evacuation and expulsion of ethnic Germans from Polish territories after 1945. He settled in Immenhausen and started a new glassworks; today it is a glass museum.

Süssmuth’s work is included in the collections of The Met, MoMA, Victoria & Albert, Cooper Hewitt Design Museum, etc., and yet no documentation of his workshop’s production prior to the war seems to be recorded in any OCLC institutions. The present example includes pull quotes from international arts reviews praising Süssmuth, including Kunst und Kunstgewerbe, La Revue-Moderne, and The Studio London. He won a Gold Medal at the Milan Triennale of 1954. 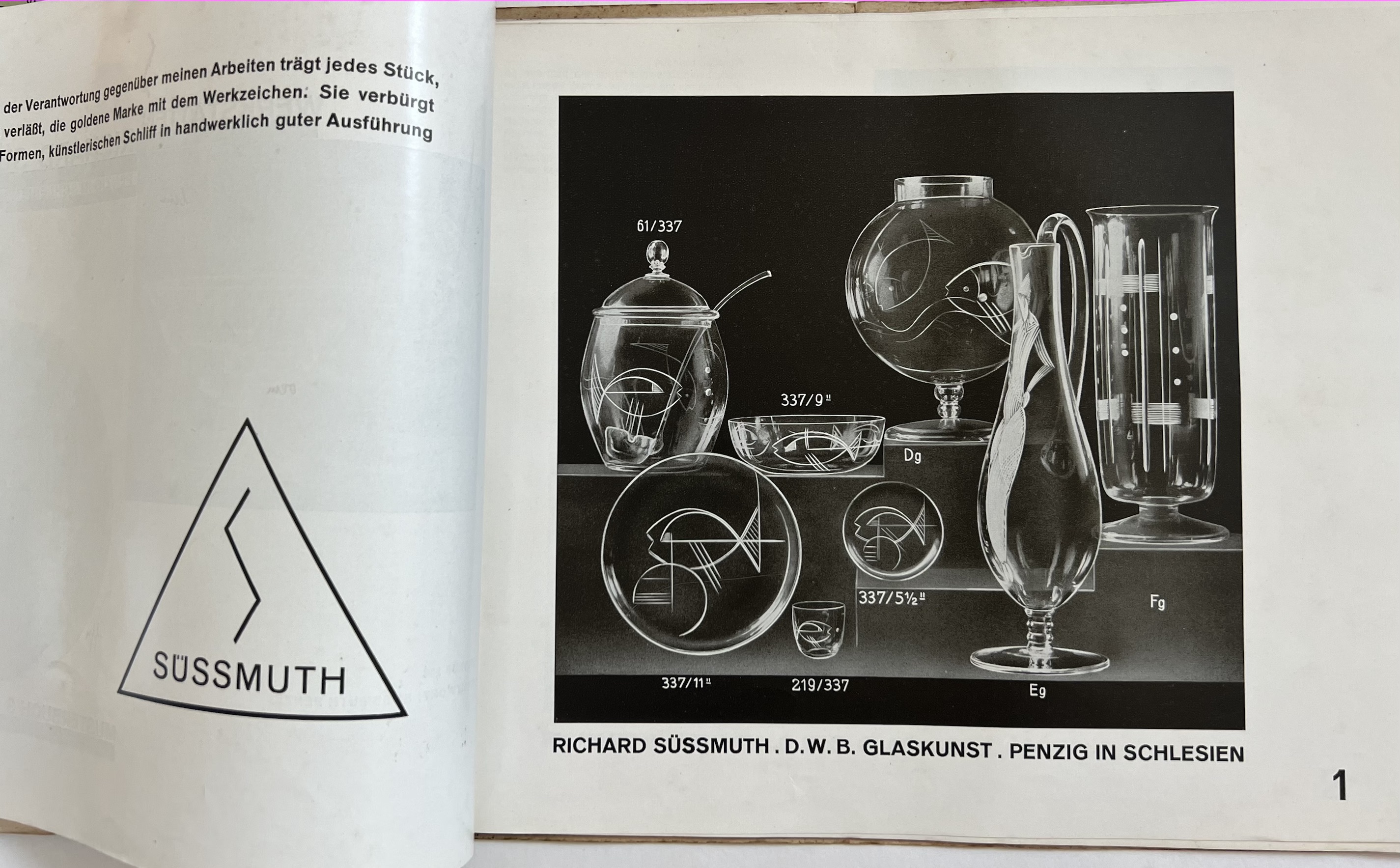 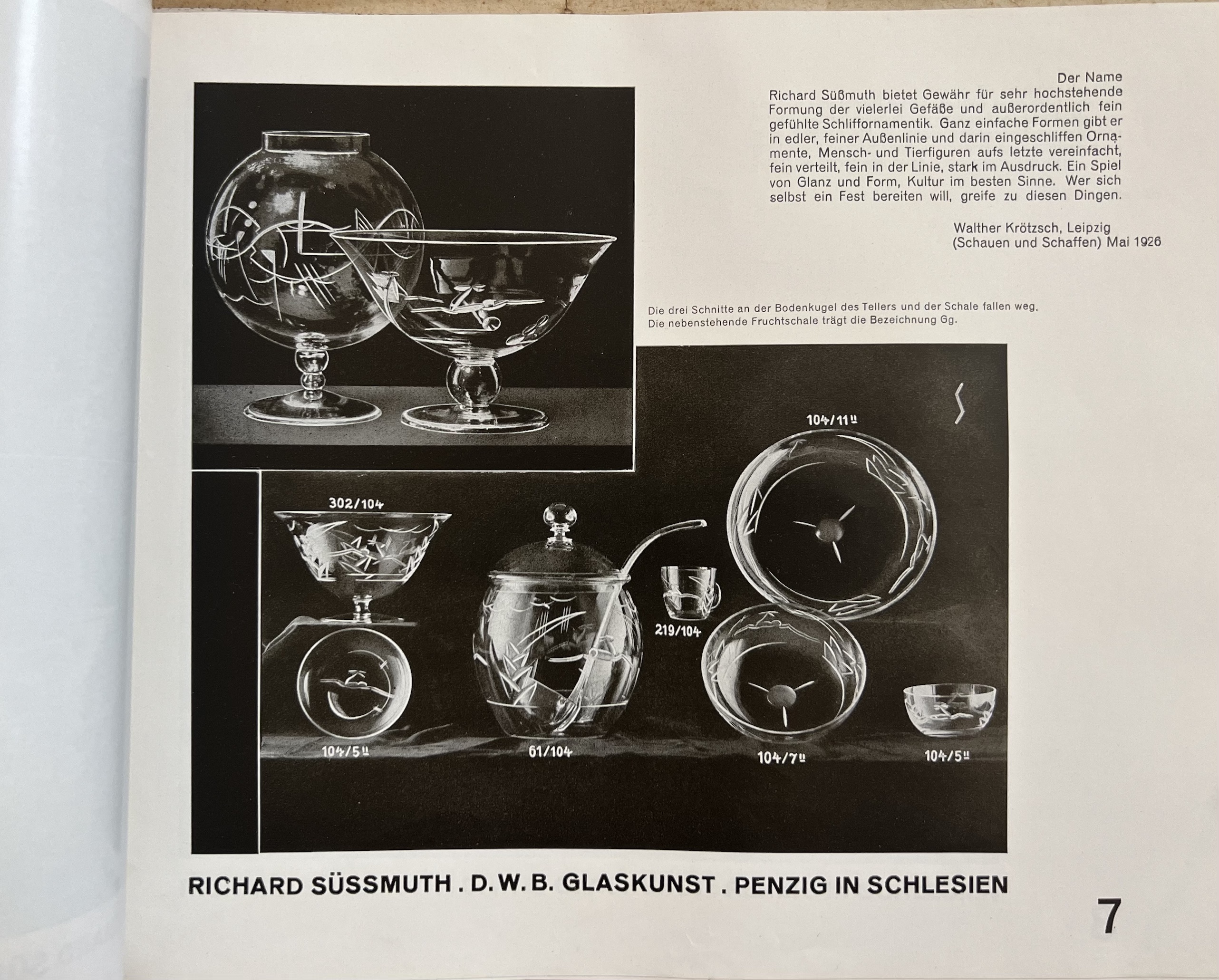 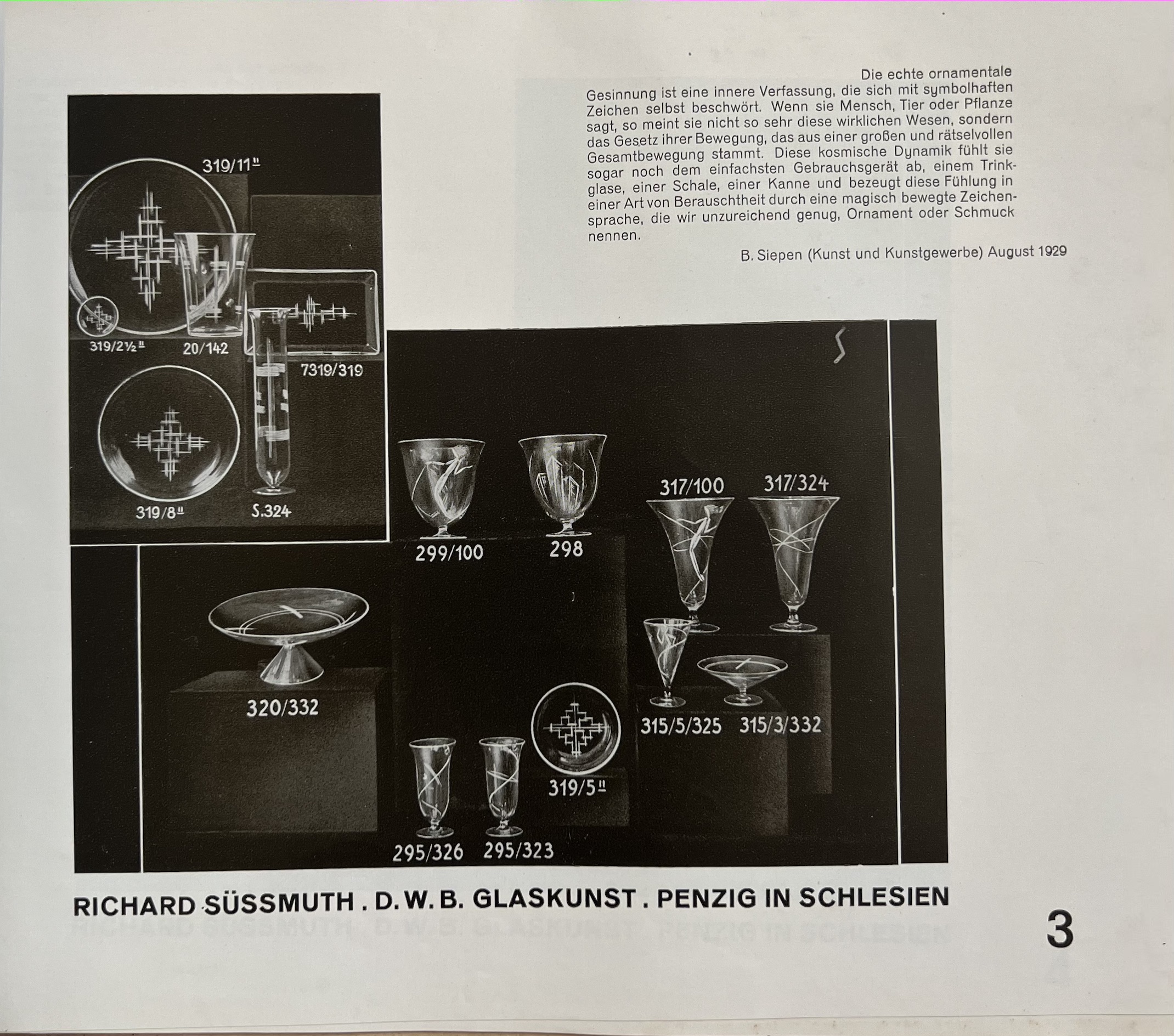 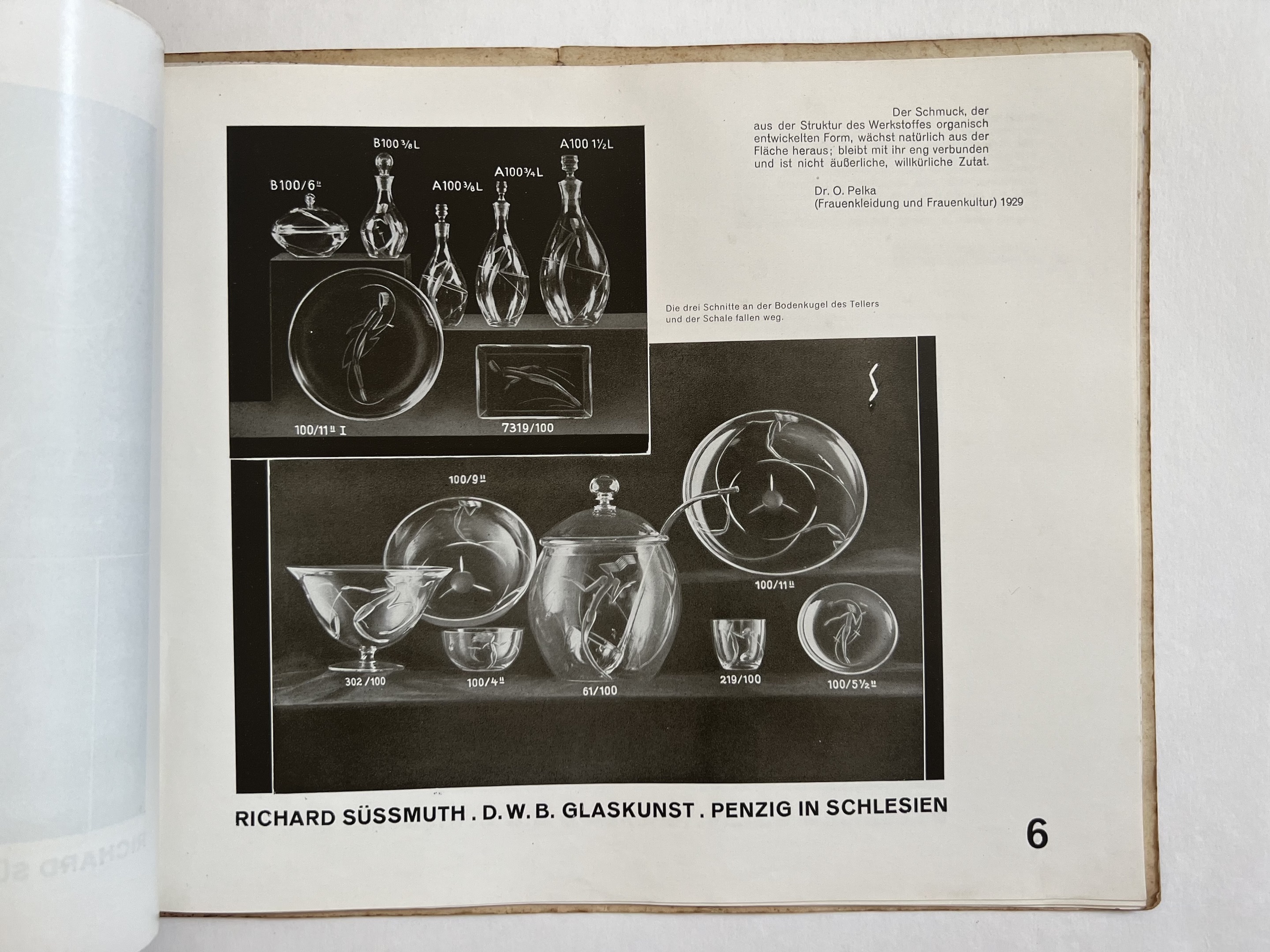 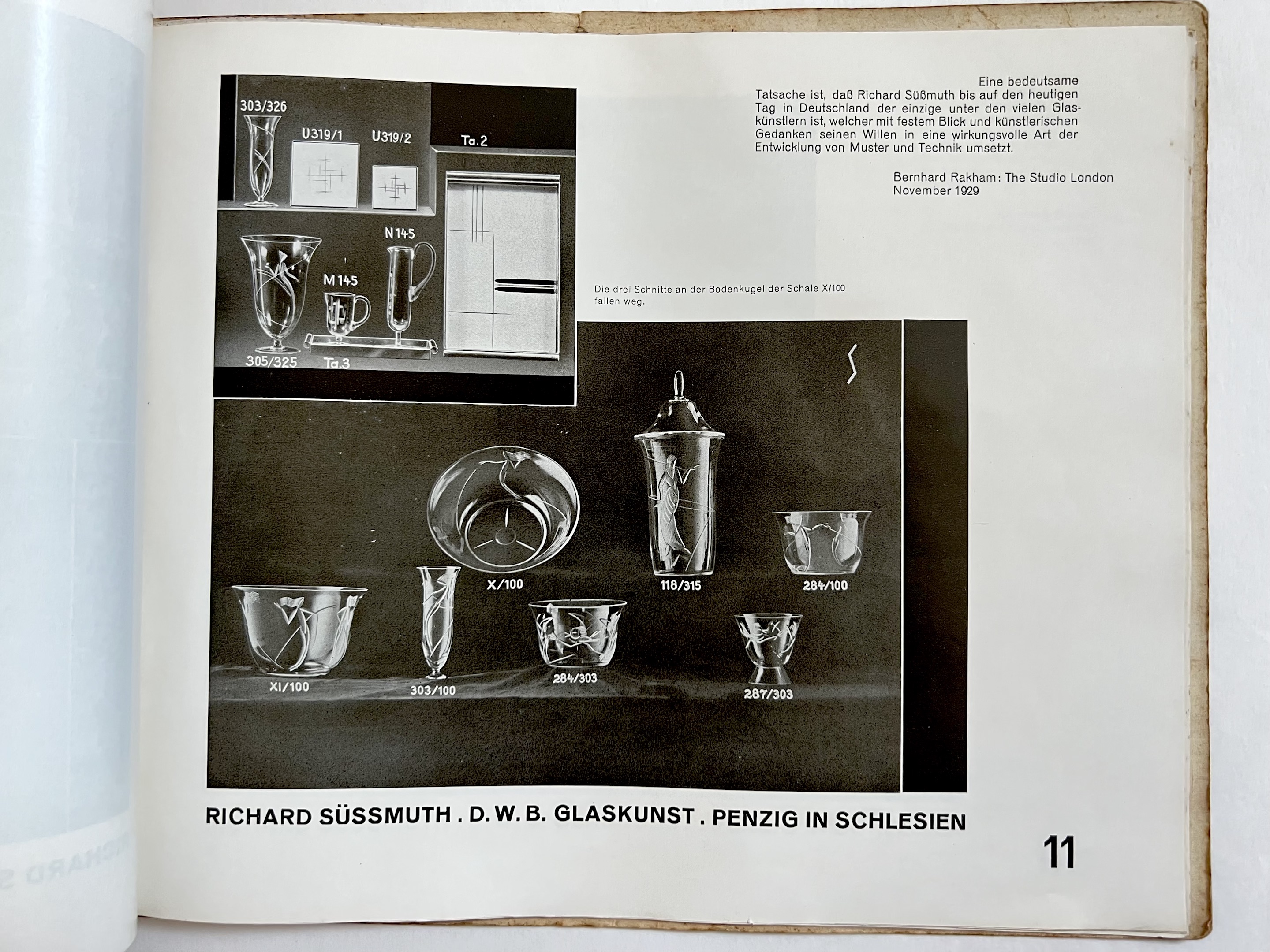 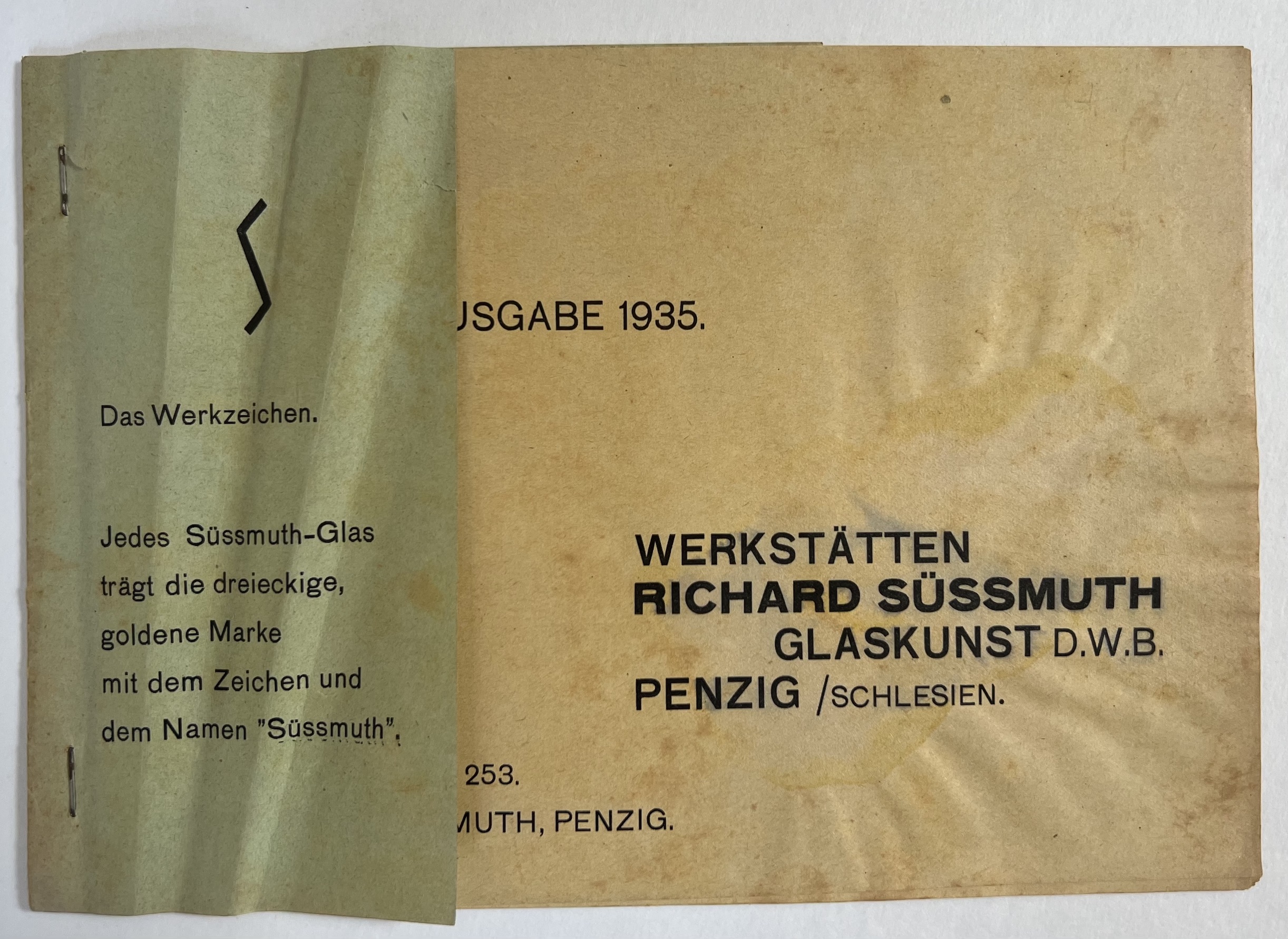 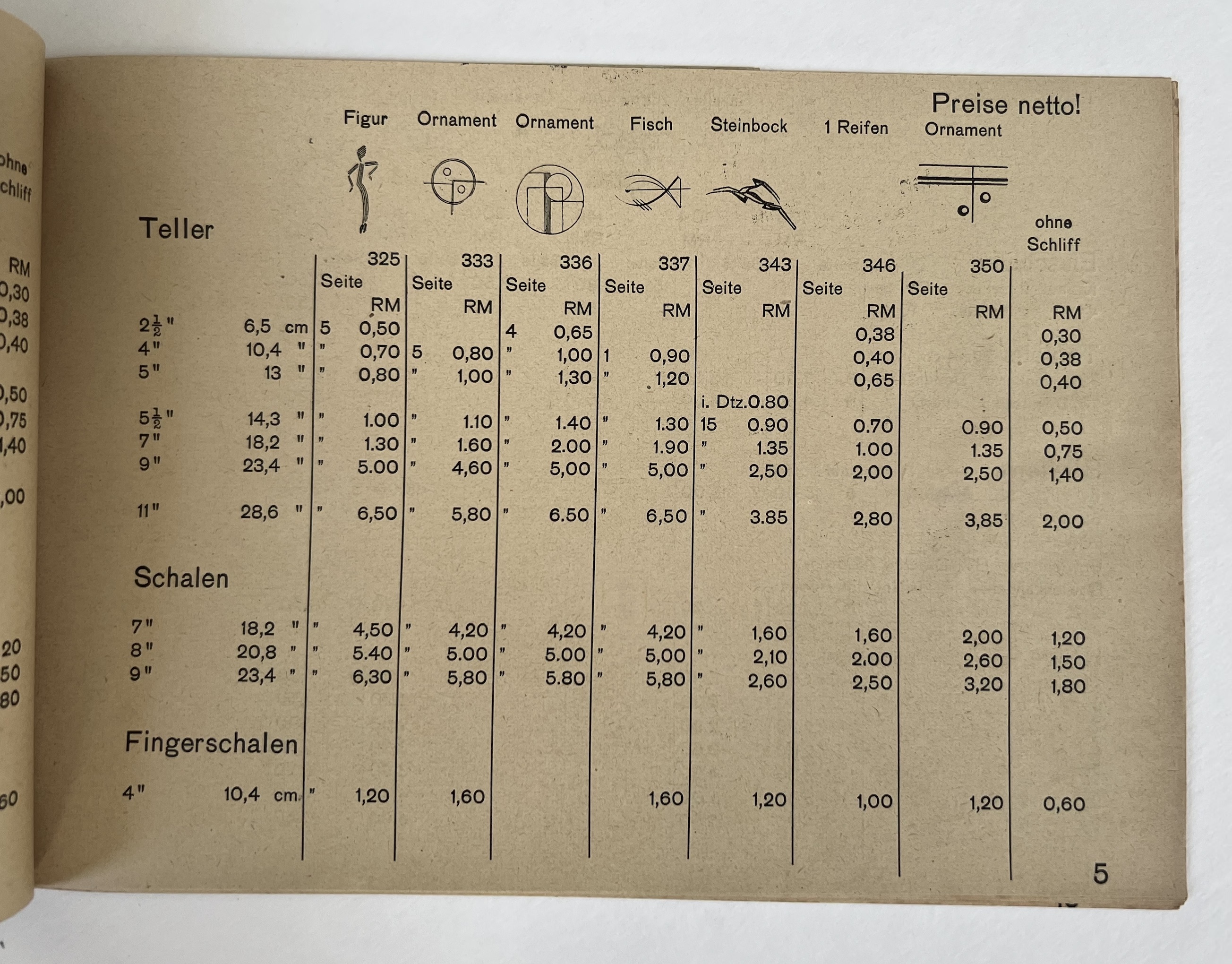 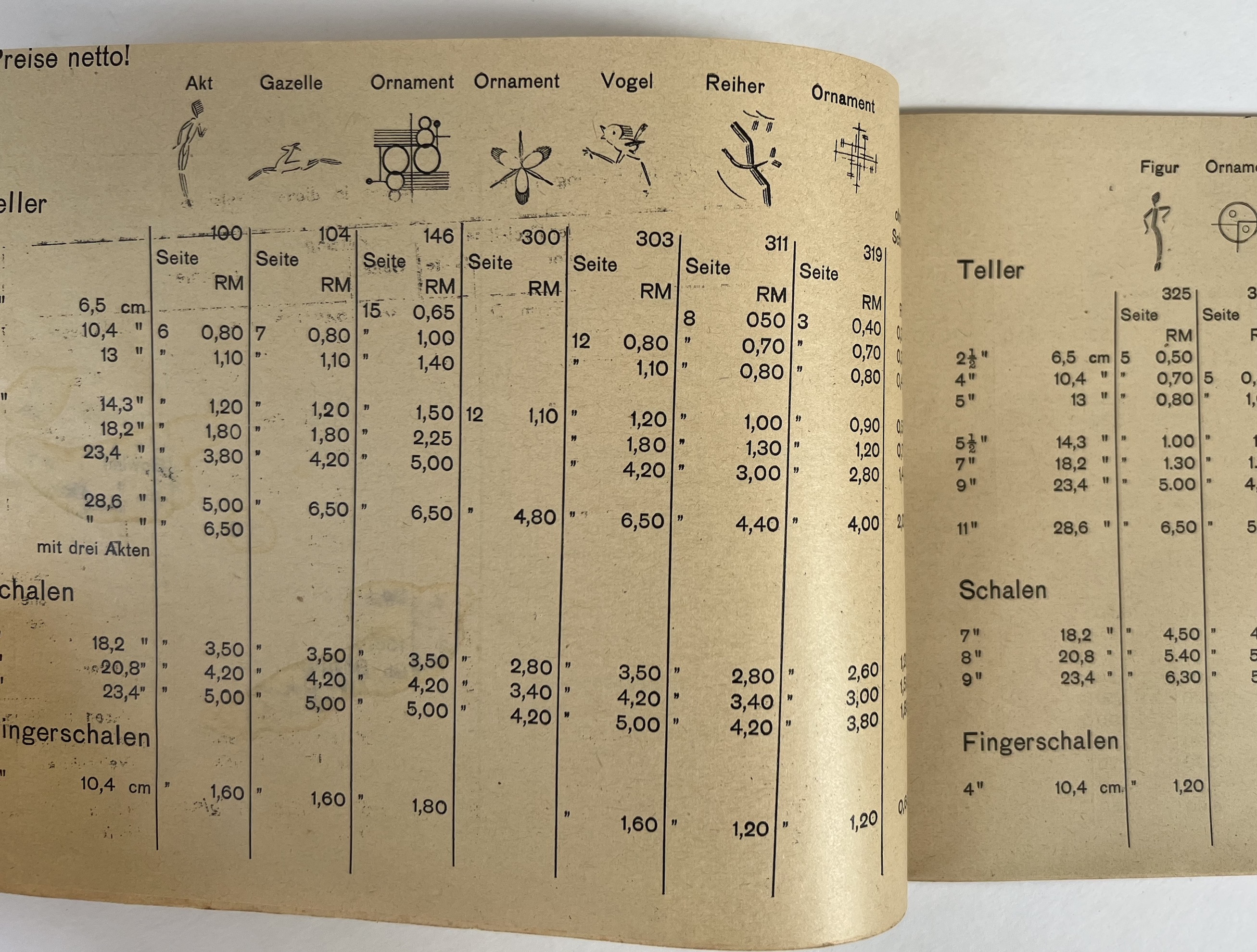 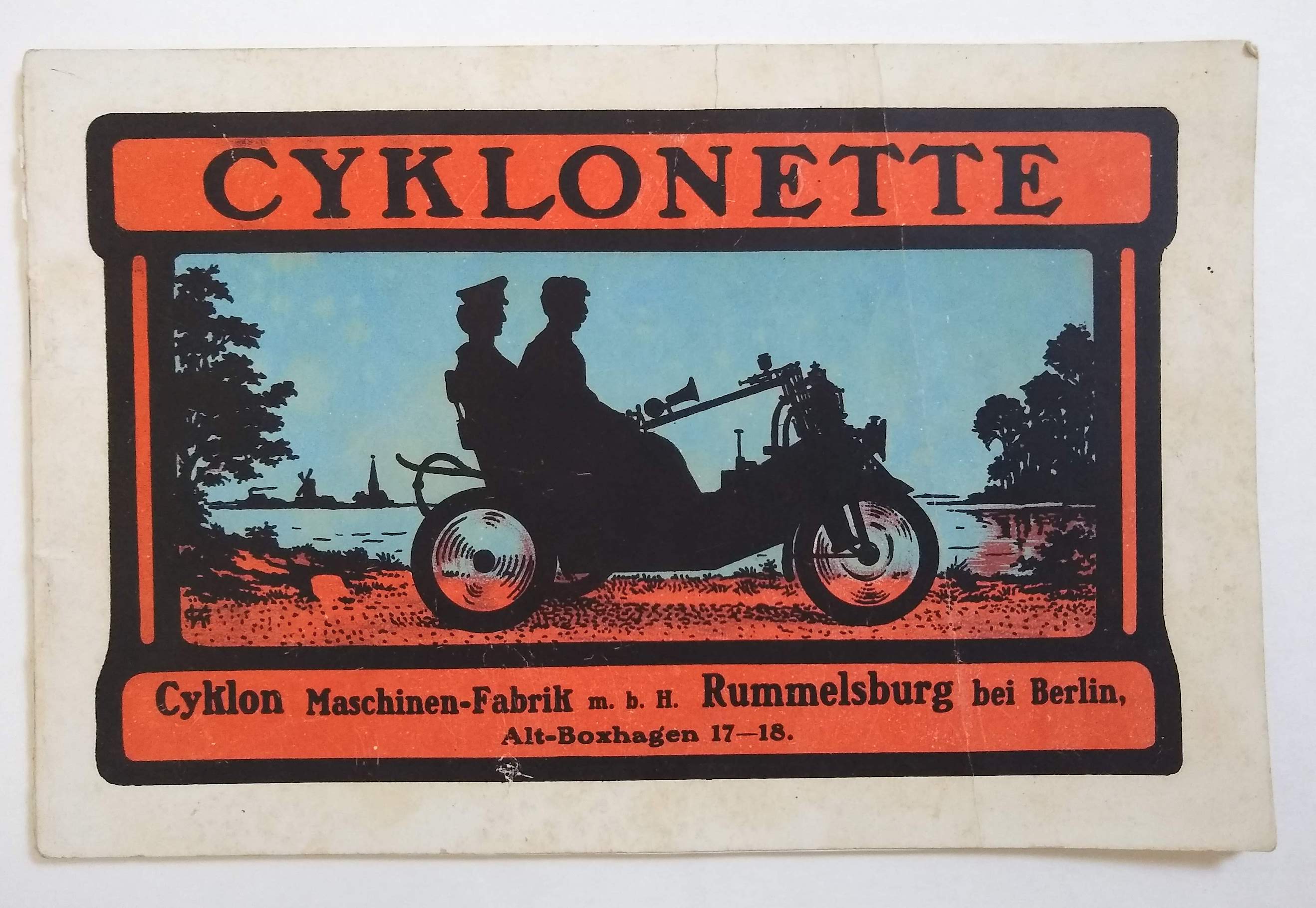 Rare Cyklonette tricycle catalogue, published for the Spanish market, including family and commercial models. Popular in Europe, the three-wheelers never caught on in the United States. Cyklon-Maschinenfabrik stuck with the design for almost twenty years, much longer than other carmakers, and they were used by the German and Polish Armies during WWI.

Only a single example of Cykon promotional materials is located in OCLC records, in Sweden. 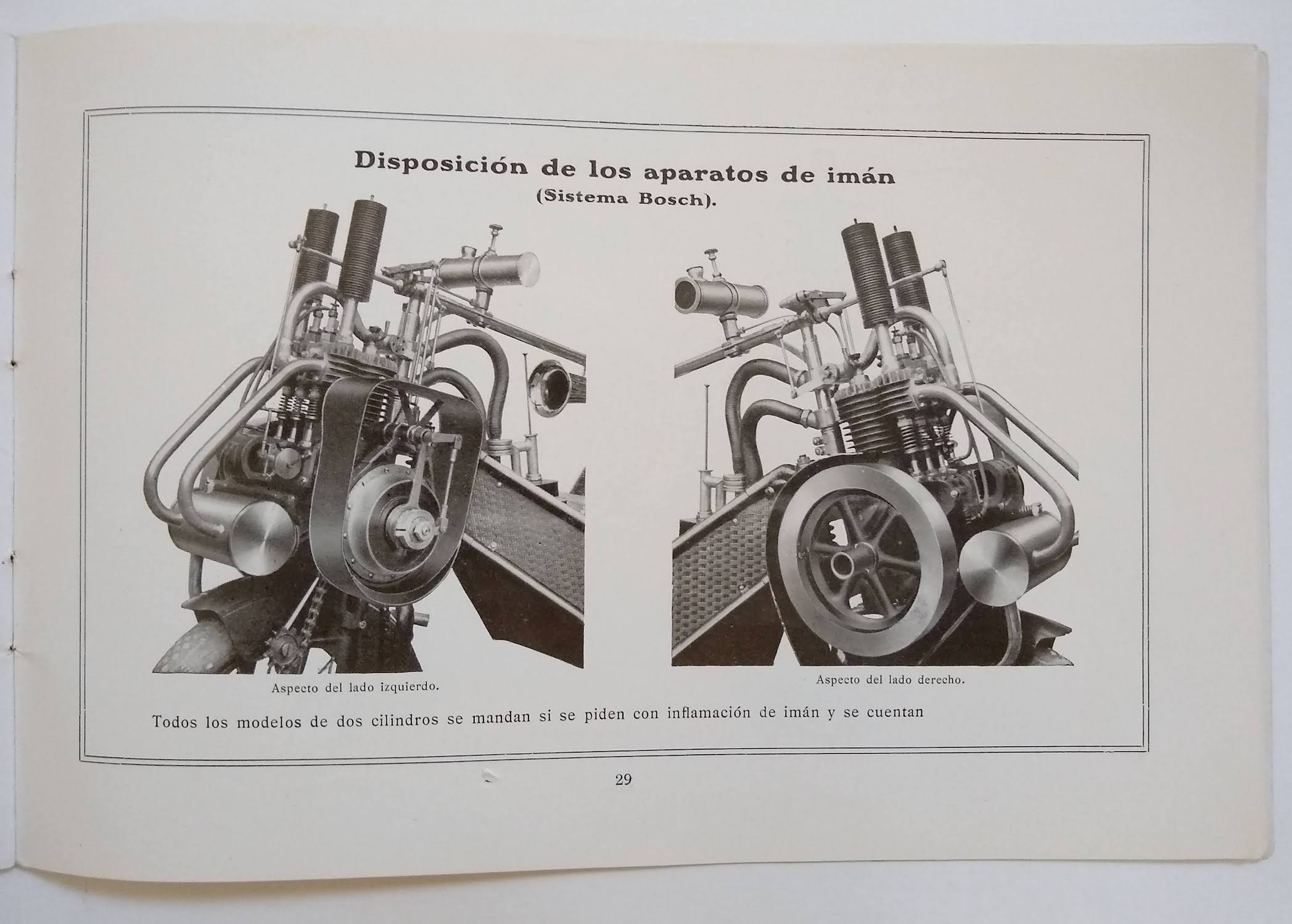 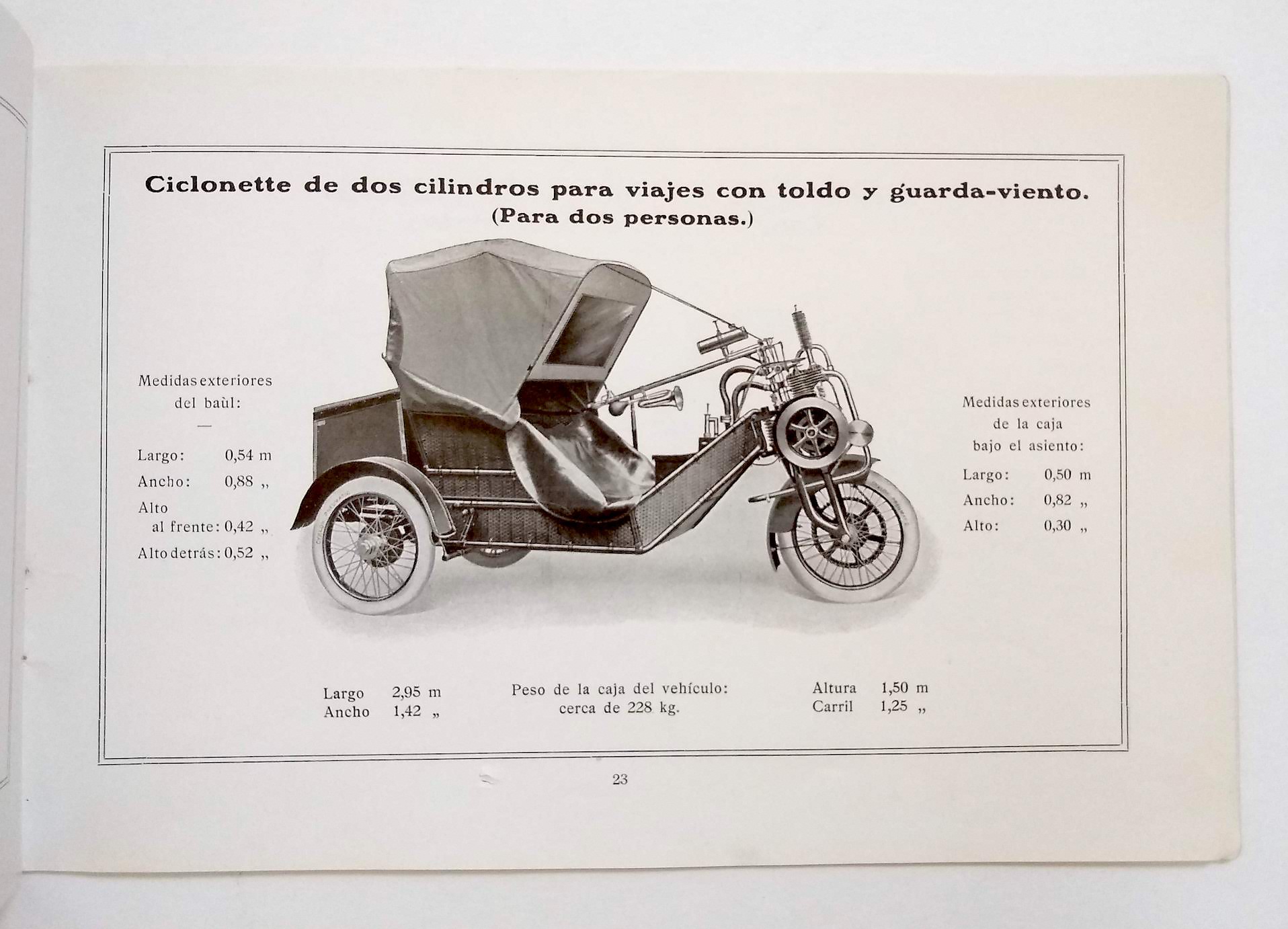 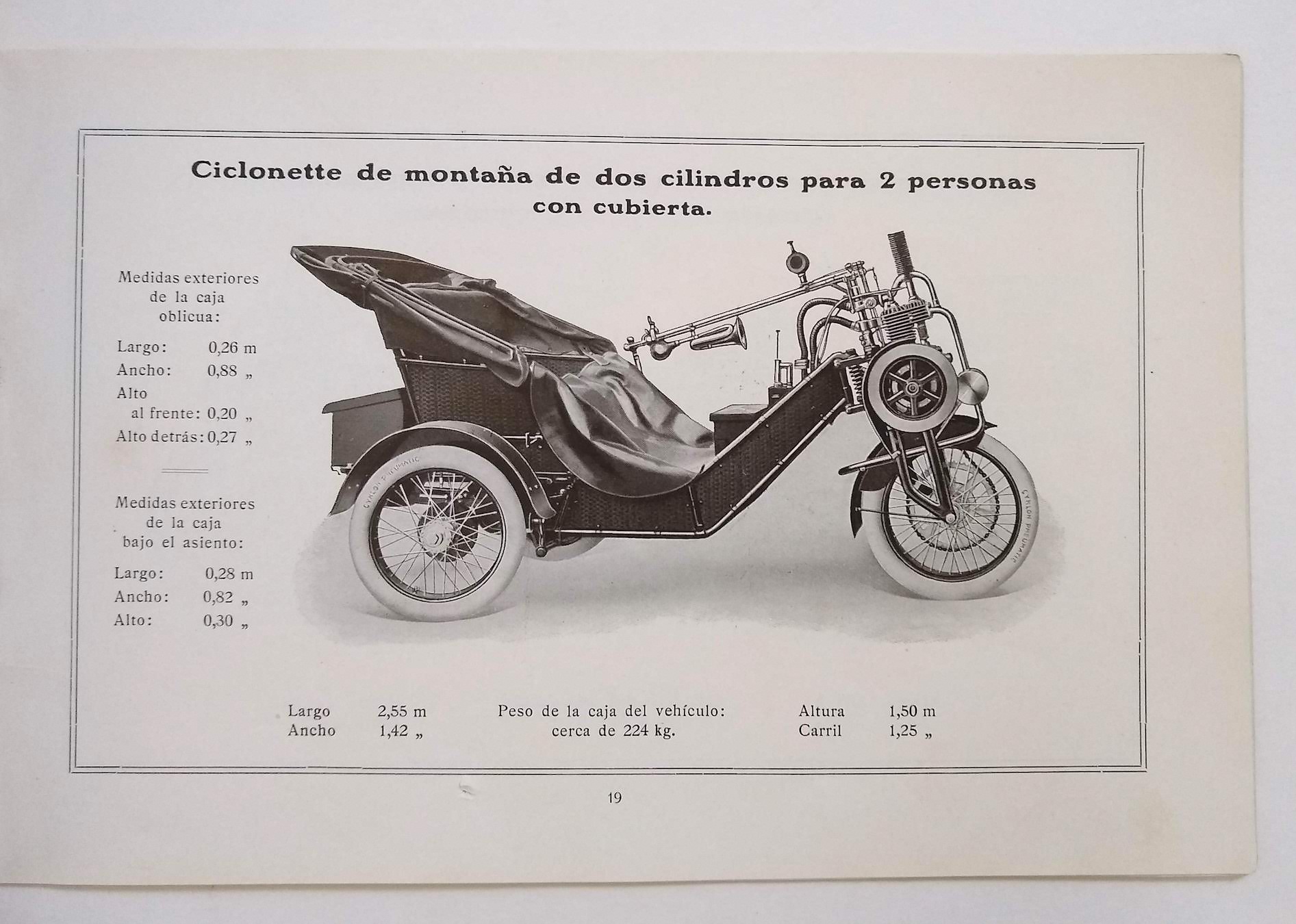 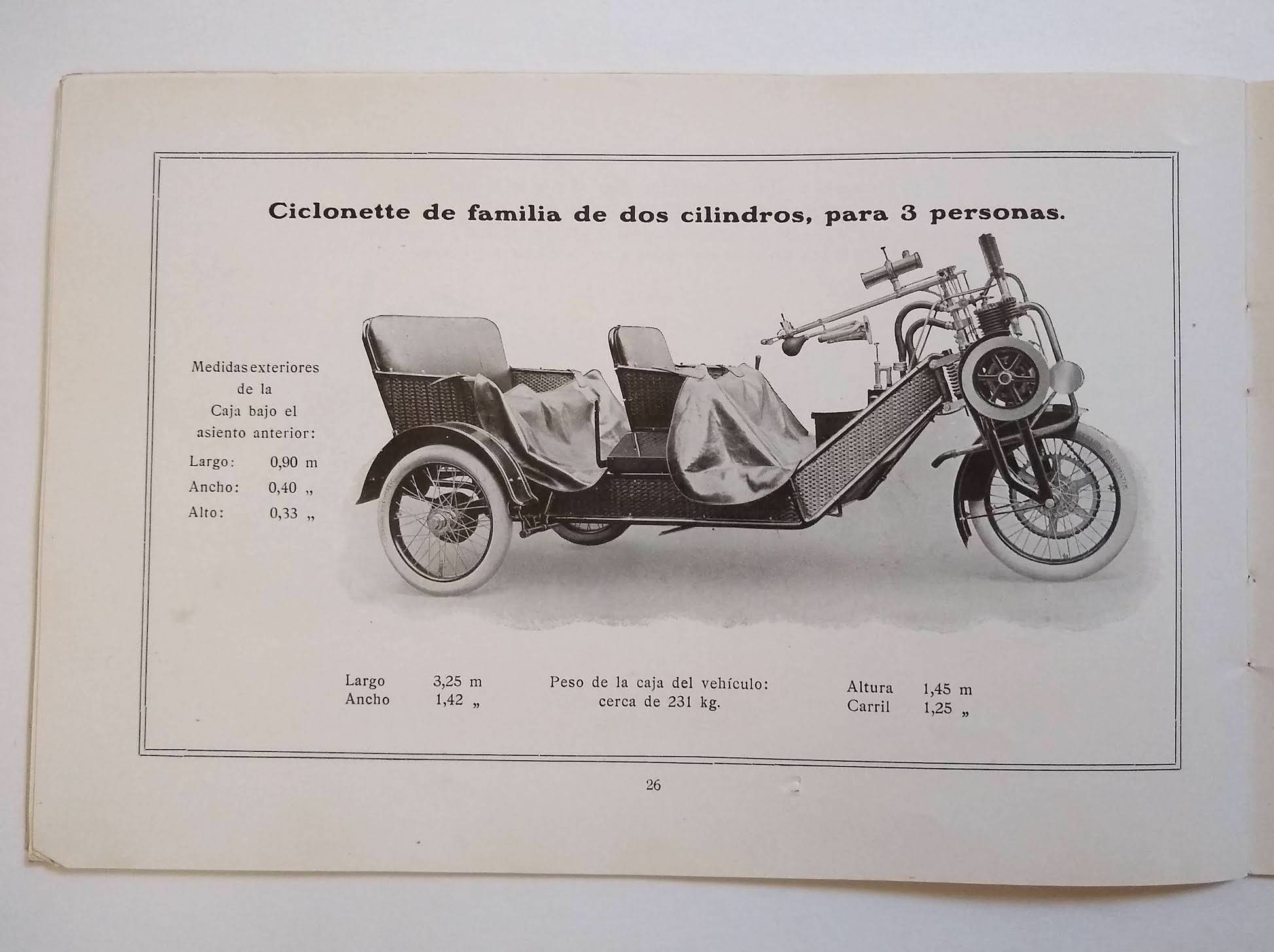 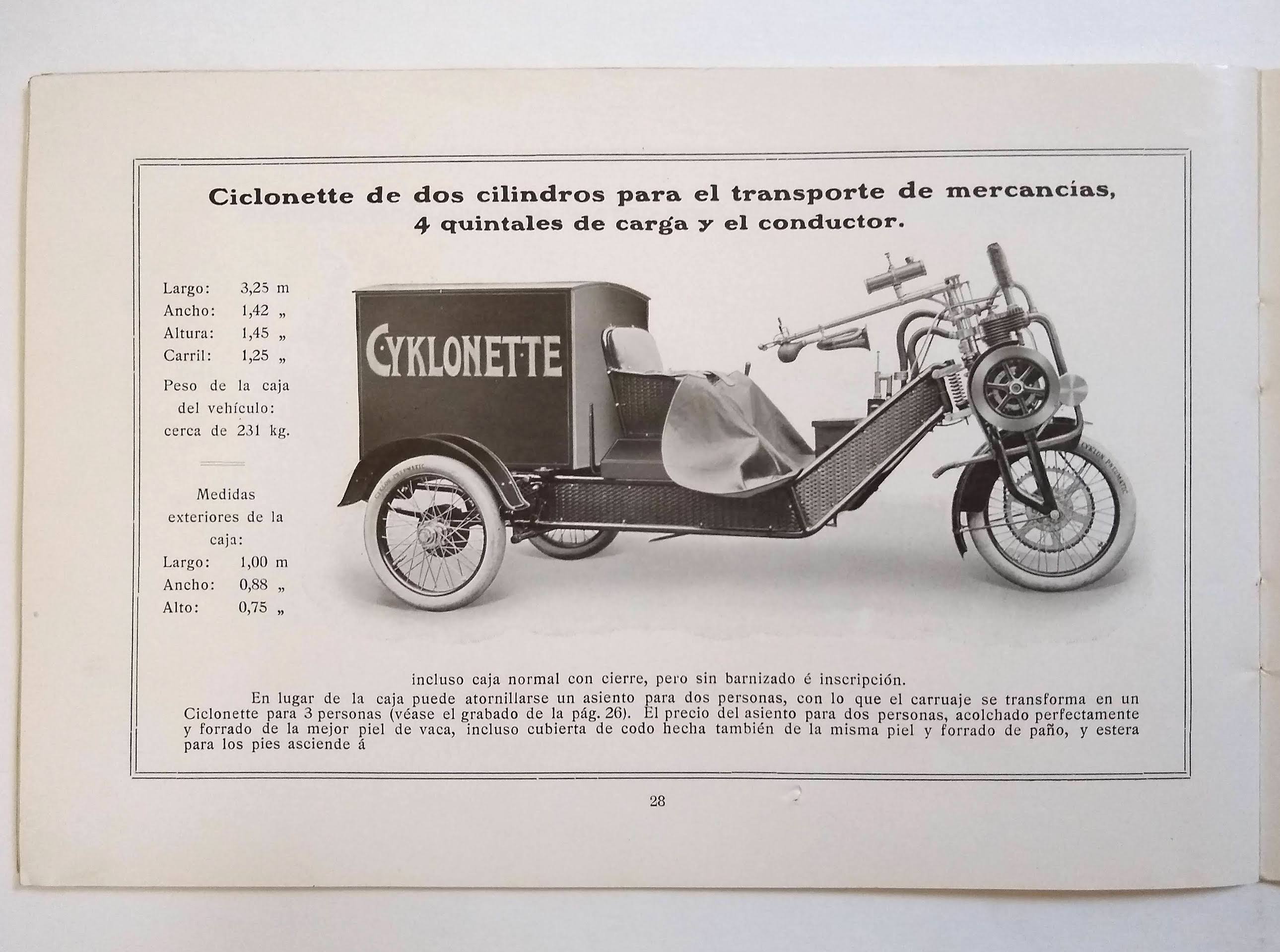