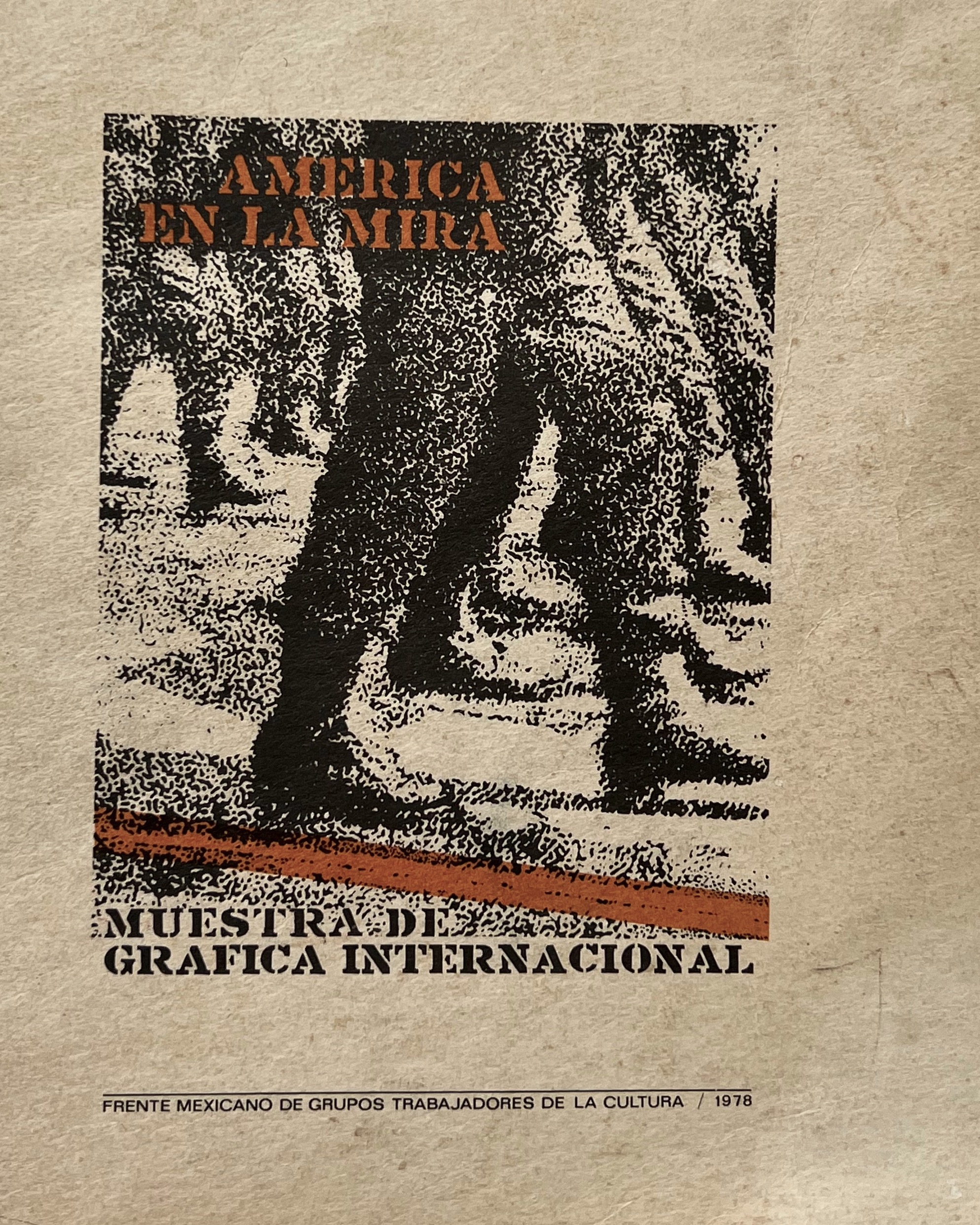 Catalogue documenting the early days of the emerging Marxist “grupos” movement – a response to the controversial X Paris Youth Biennial (1977) where Mexico was excluded from the larger Latin American pavilion because of the political content of its artwork. El Frente Mexicano de Trabajadores de la Cultura was made up of a number of the groups, or members of the groups, selected by Helen Escobedo for the Paris exhibition including members of Grupo Mira, Grupo Suma, Grupo Taller de Arte e Ideología (TAI), Proceso Pentágono, etc. These groups protested the Mexican regime, supported global anti-capitalist and anti-colonial struggles, and identified themselves as “cultural workers” rather than artists. This first exhibition of El Frente brought together an international network of such workers creating “combative graphics.”