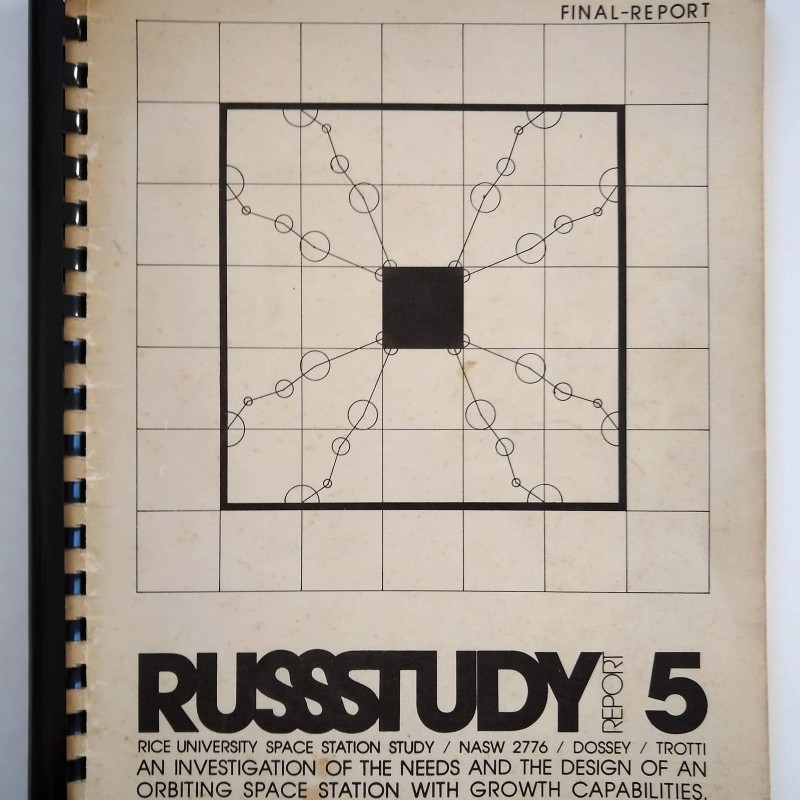 Their report investigates the futuristic possibilities of modular space architecture, and the role of both architects and social scientists (rather than just engineers or industrial designers) in providing solutions for long-term life in space. Inspired by “visionary urban design” models such as those by Paolo Soleri (architect of the experimental desert communities Cosanti and Arcosanti) they take on the “complex space environment” where “issues of transportation, ‘land use’, urban economics, density, public services, and so forth, become important problems.” Taking their study in an unorthodox direction, Dossey and Trotti, stress the importance of aesthetic stimuli during “prolonged confinements in a spatially limited environment.” Architectural methodologies, they suggest, are capable of addressing the aesthetic demands of space colonies by developing designs that can be adapted to human scale and using graphic and symbolic forms that “give identity to space.” The architect, understanding “how people act in certain kinds of space,” can design “areas of privacy, public contact, [...] and areas which encourage spontaneous activity and personal expression.”

With dozens of compelling drawings reproducing both interiors (farms, restaurants, theaters, hotels, farms, industrial facilities) and exteriors of the space colony, this volume summarizes and draws final conclusions from previous technical reports delivered to NASA. Trotti would later establish a firm (TAI) that continues to work closely with NASA and MIT on components related to space architecture. 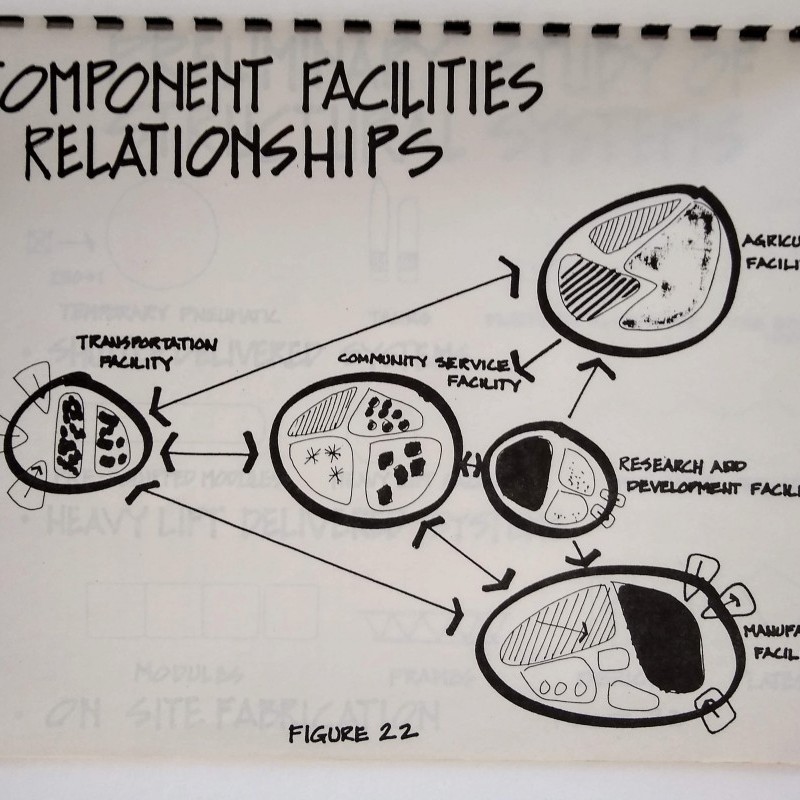 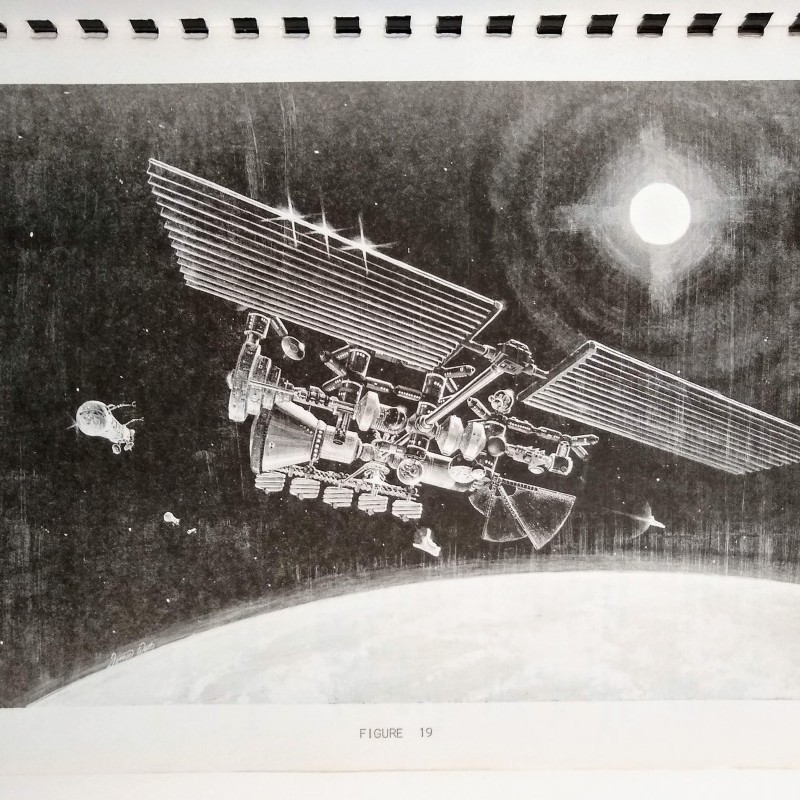 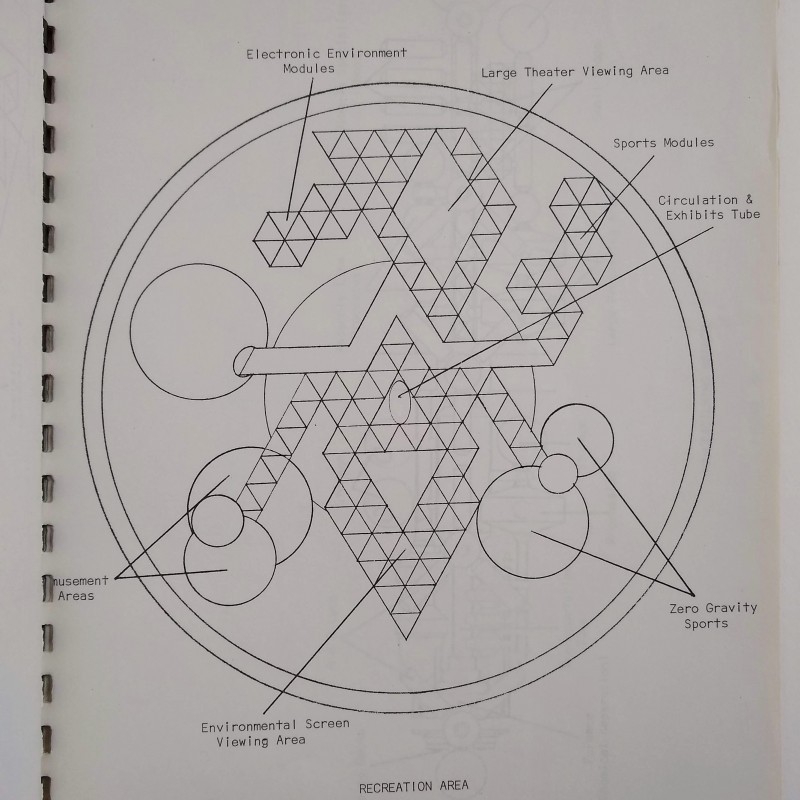 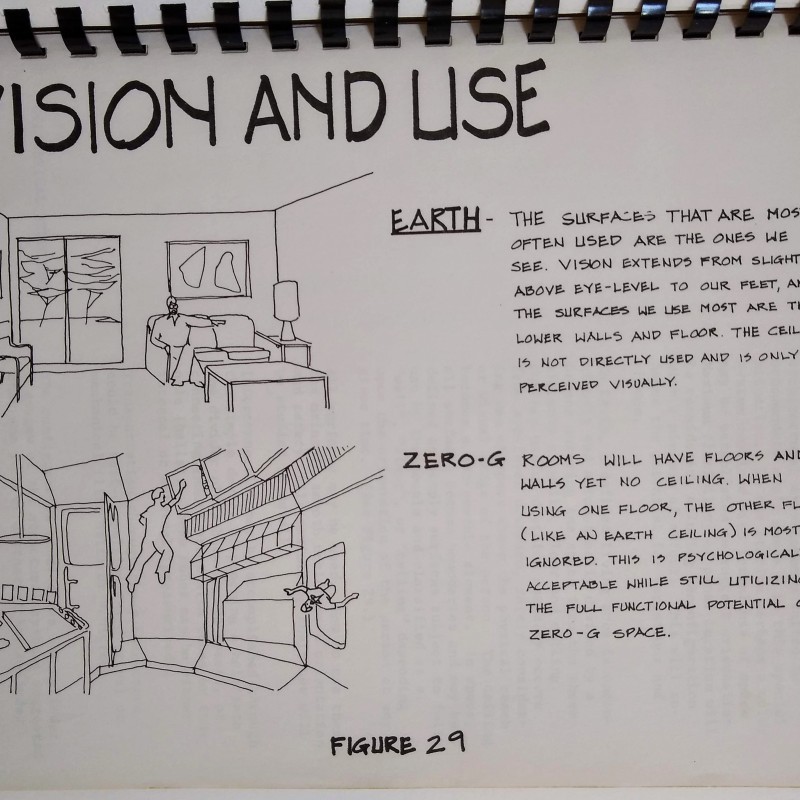 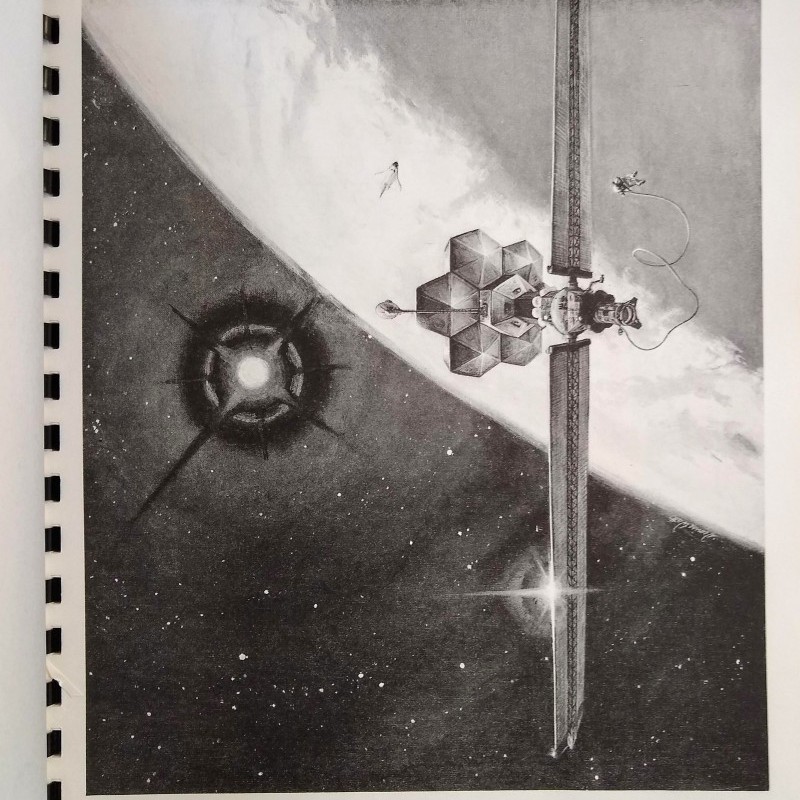 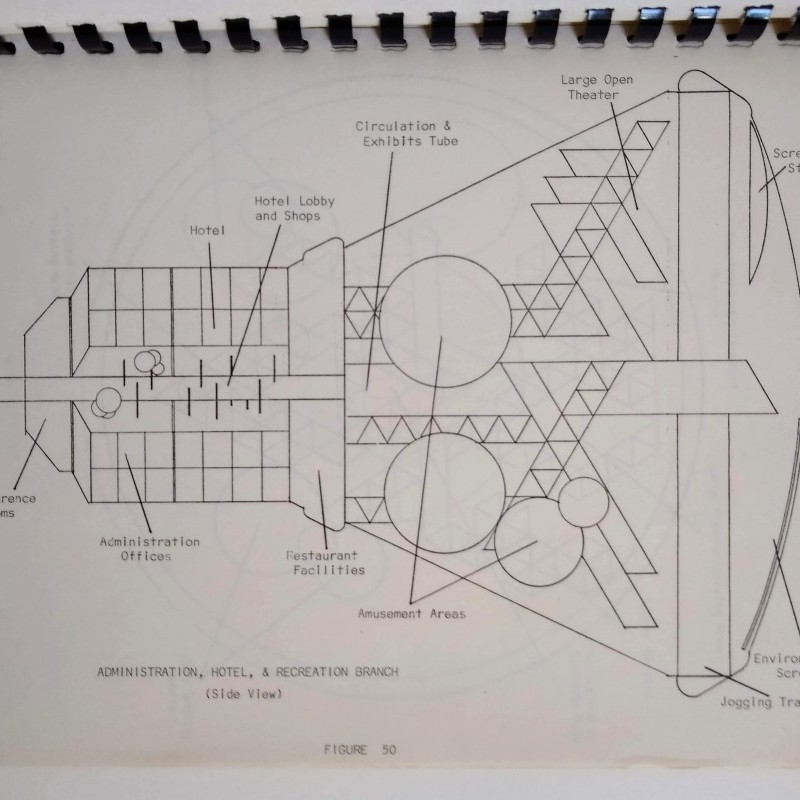 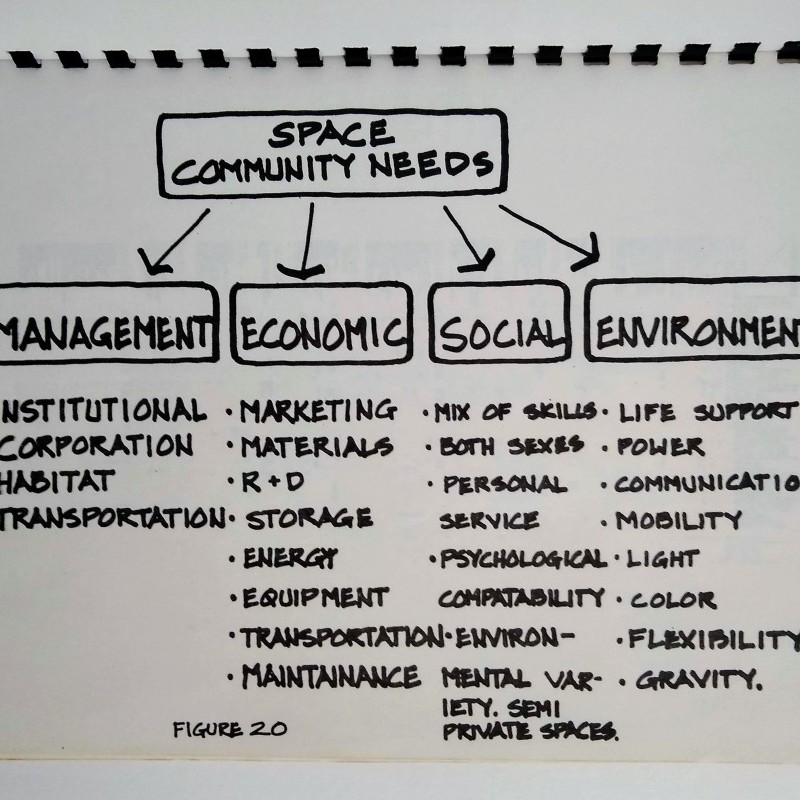 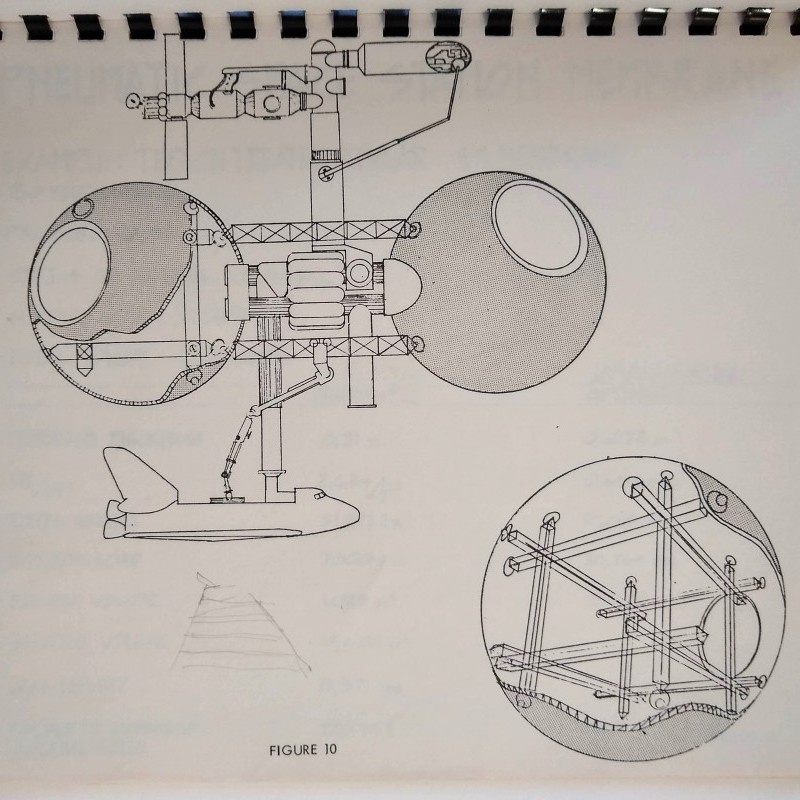 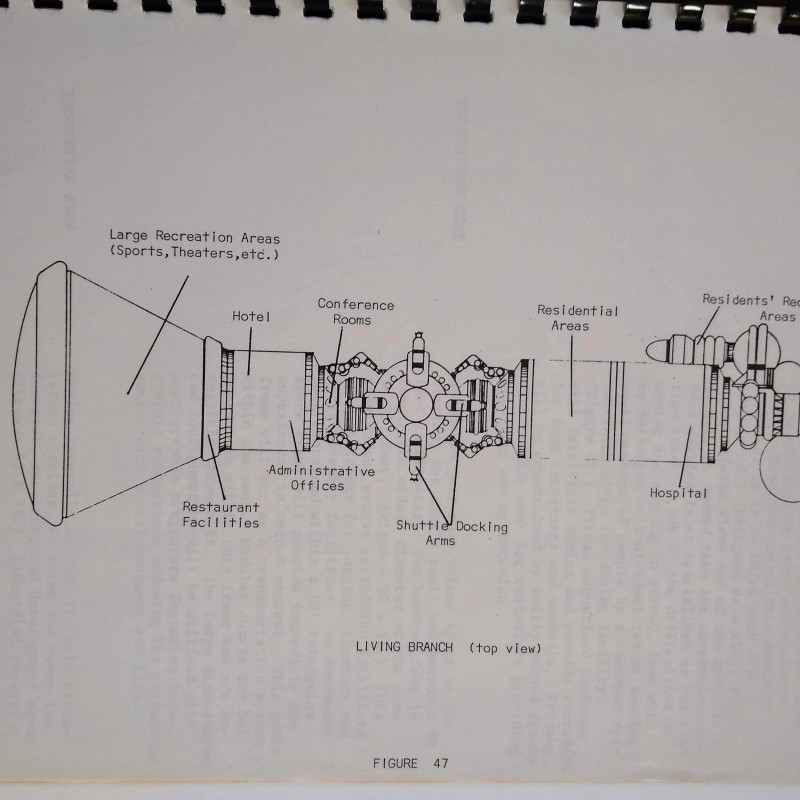