Songbook featuring popular folksongs and music from La Adelita, with cover illus. of the movie’s star, Mexican actress (and painter) Esther Fernandez. Adelita tells the story of a woman who joins Pancho Villa’s revolutionary army as a nurse and ends up as a soldier. Also includes an early version of a song celebrating the expropriation of foreign oil assets in Mexico, in March 1938. 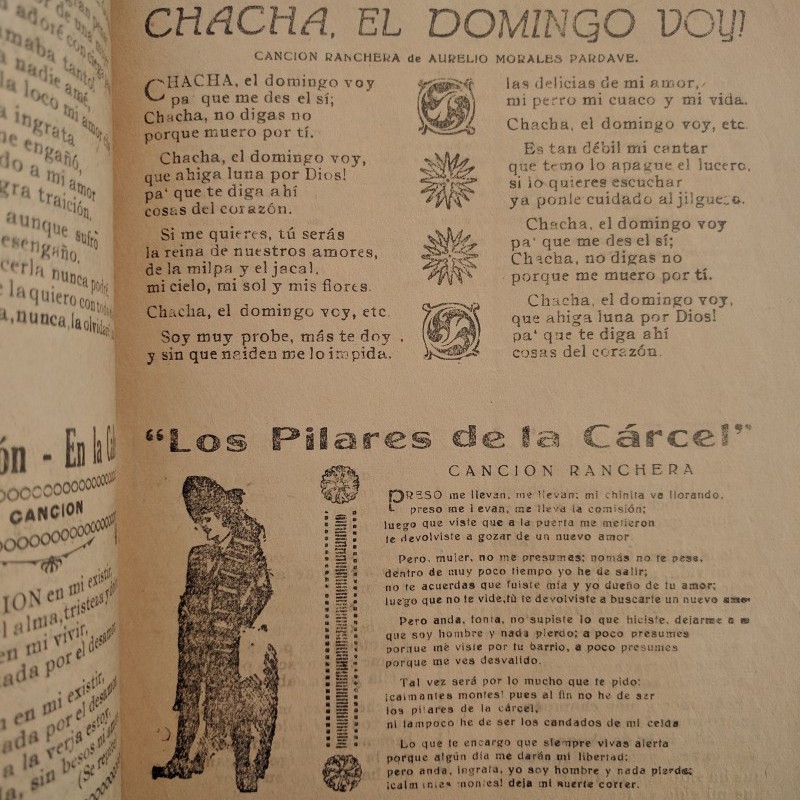