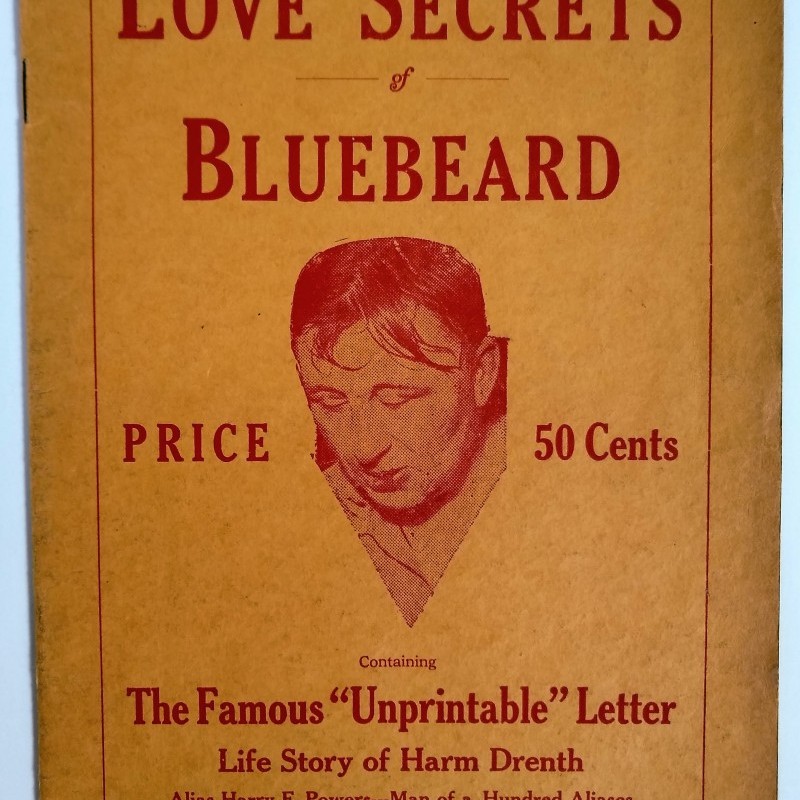 Dutch-born Harm Drenth (1892-1932), a.k.a. Herman Drenth, Harry Powers, and Cornelius O. Pierson, preyed on women he met through matrimonial correspondence agencies and lonely heart’s clubs in the 1920s and early 1930s. Claiming to be a wealthy civil engineer, he wooed widows across the US with expertly written love letters. After developing ardent postal relationships, he traveled to continue his courtship in person. Lucky correspondents were robbed. The unlucky were tortured and killed. He was caught in 1931 in Quiet Dell, West Virginia and hanged; his story became the basis for the celebrated film Night of the Hunter (1955), written by James Agee and starring Robert Mitchum. The present collection includes many items found among Drenth’s possessions at the time of his arrest and given to a local newspaper editor, Heister G. Rhawn by the District Attorney. It comprises a striking and sometimes disturbing group of materials, including items possibly linking Drenth to other crimes.

When caught, Drenth was married to one of his correspondents, Louella Strother, and living under the alias Harry Powers. They had settled in Louella’s hometown of Quiet Dell where she owned a small grocery. As Mr. Powers, he had continued his con from a post office box in nearby Clarksburg, receiving as many as 20 letters a day and traveling often to meet, rob, and murder the women who wrote him. In August of 1931, two missing widows, Mrs. D. A. Lemke of Northboro, MA, and Mrs. A. B. Eicher of Park Ridge, IL, were traced to his home through their correspondences and found buried next to the garage, together with Mrs. Eicher’s three children. The women had been bound and gassed, the children bludgeoned. In his confession he said the pleasure of watching them die “beat any cat house I was ever in.” Drenth tried to destroy most of his correspondence before he was caught, but after his arrest, police found at approximately 40 letters from Louella to Powers during their courtship in 1926-1927, nine of which are included in the present collection, together with a manuscript introductory letter presumably used to draft his first letter to a new mark. These revealing letters belied Louella’s initial claim that they had been high school sweethearts and provided evidence of Drenth’s tactics from the victim’s point-of-view. The press used them to speculate on why Louella had been spared and vilify her for their sexual content.

Drenth was eventually accused in the disappearance of many other women, but lacking evidence, he was convicted only of the five Quiet Dell murders and sentenced to death. This collection sheds new light on the sexual nature of Drenth’s crimes. While his own prurience is well-documented, the existing literature has passed over the “liberating” sexual instruction he provided for his victims. The present and otherwise unrecorded(?) contemporary pamphlet Love Secrets of Bluebeard, Containing the Famous ‘Unprintable’ Letter, describes these methods and quotes at length from letters whose location is presently unknown. Drenth’s house was full of “books dealing exclusively with sex. [...] He had books of love letters. [...] He knew how to arouse in a woman, by a slow, gradual system of building up of emotions, a great sexual longing in a woman…“ The pamphlet reproduces a lengthy “unprintable” letter from Drenth to one of his victims recommending a number of sex instruction books (copies of which he had sent previously, including Havelock Ellis). He tells his correspondent how to read them, encouraging her to take notes and ask questions. Emphasizing the importance of a healthy sex instinct, he suggests that she write her own sexual history and exchange it with him before they meet.

Unusual first-hand documentation of a notorious crime which was sensationalized in the national press.

Items given to Heister G. Rhawn, editor of the Clarksburg Exponent, at the time of the trial:

Together with a number of items assembled by Rhawn or his daughter, Harriette Rhawn Behringer: 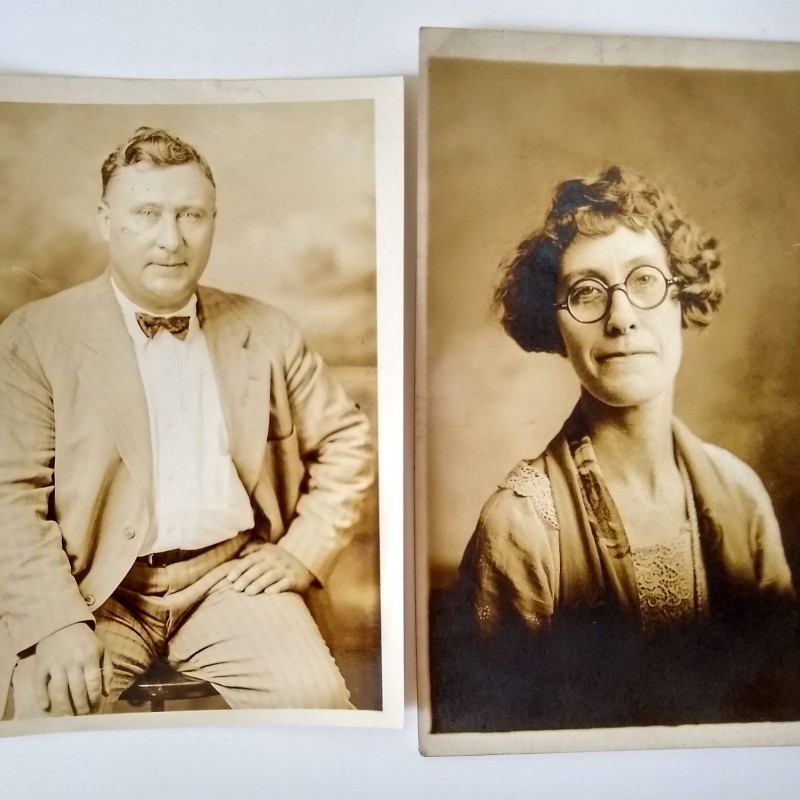 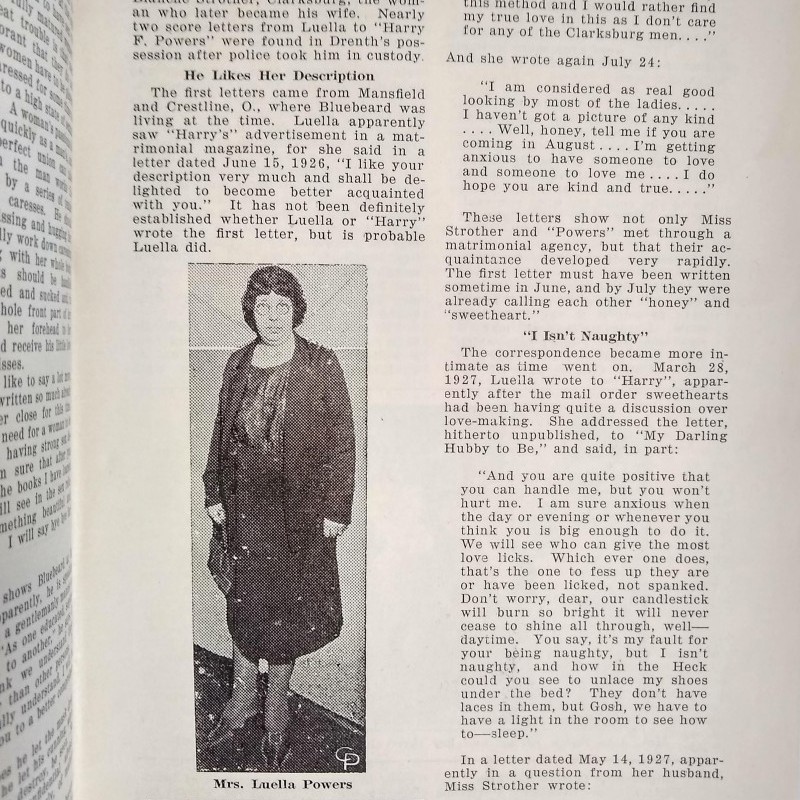 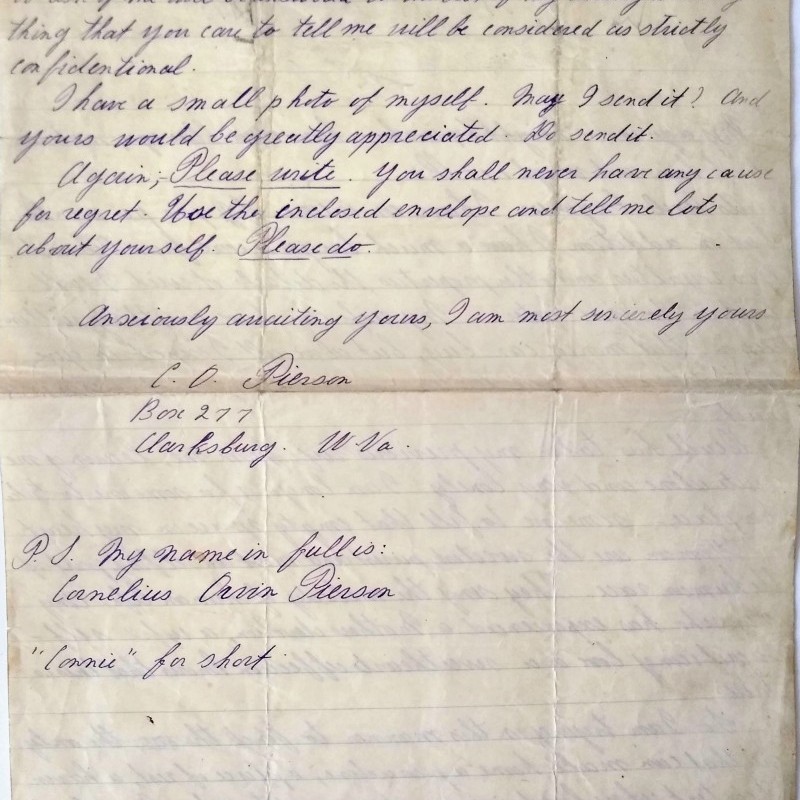 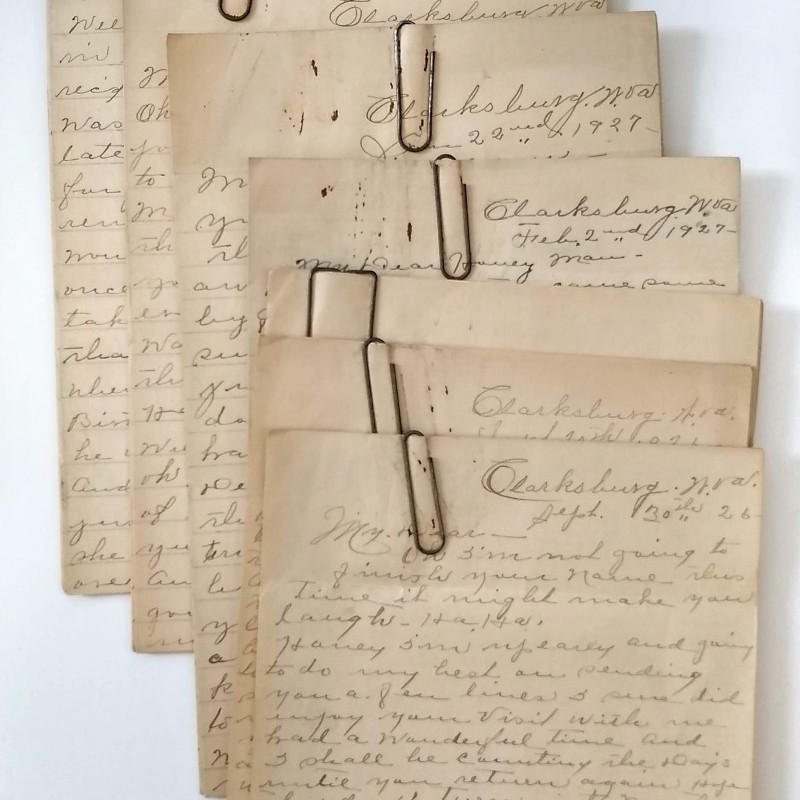 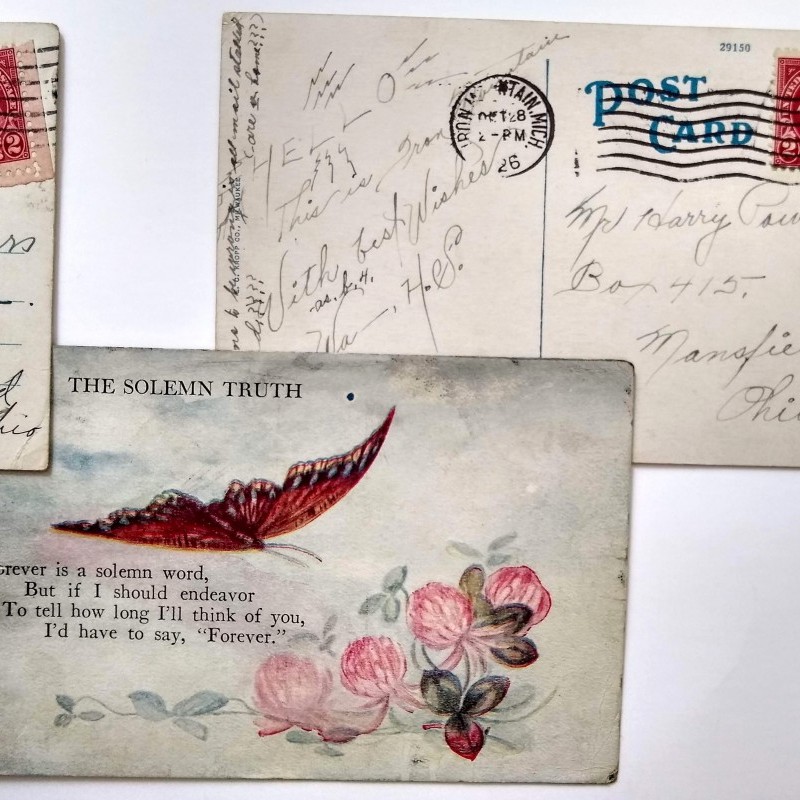 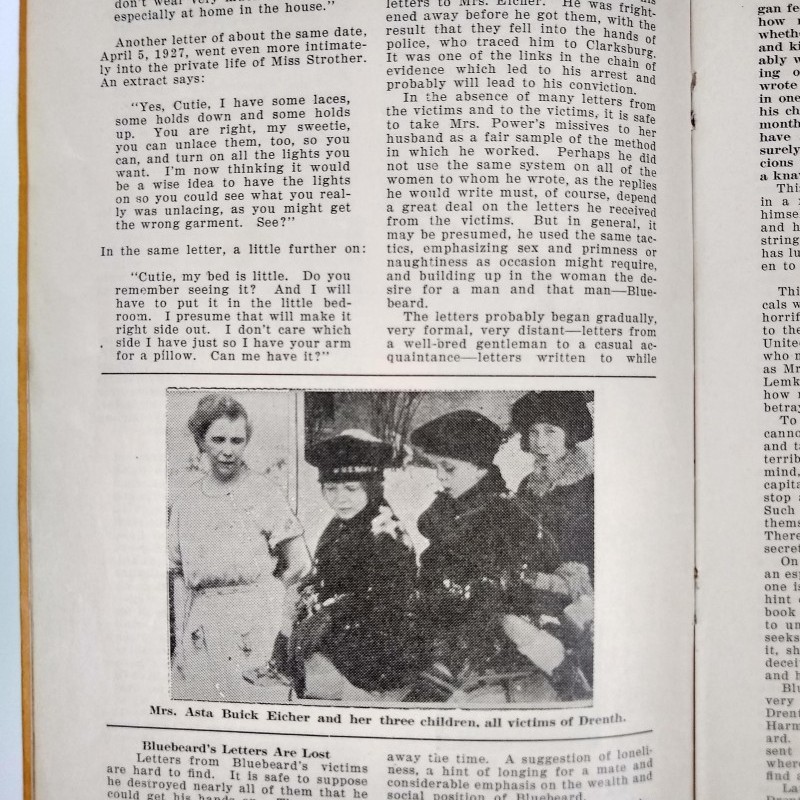