(Courtship) (Theater) How to Choose a Wife: Ten Tips for Men Who are Threatened with Matrimony 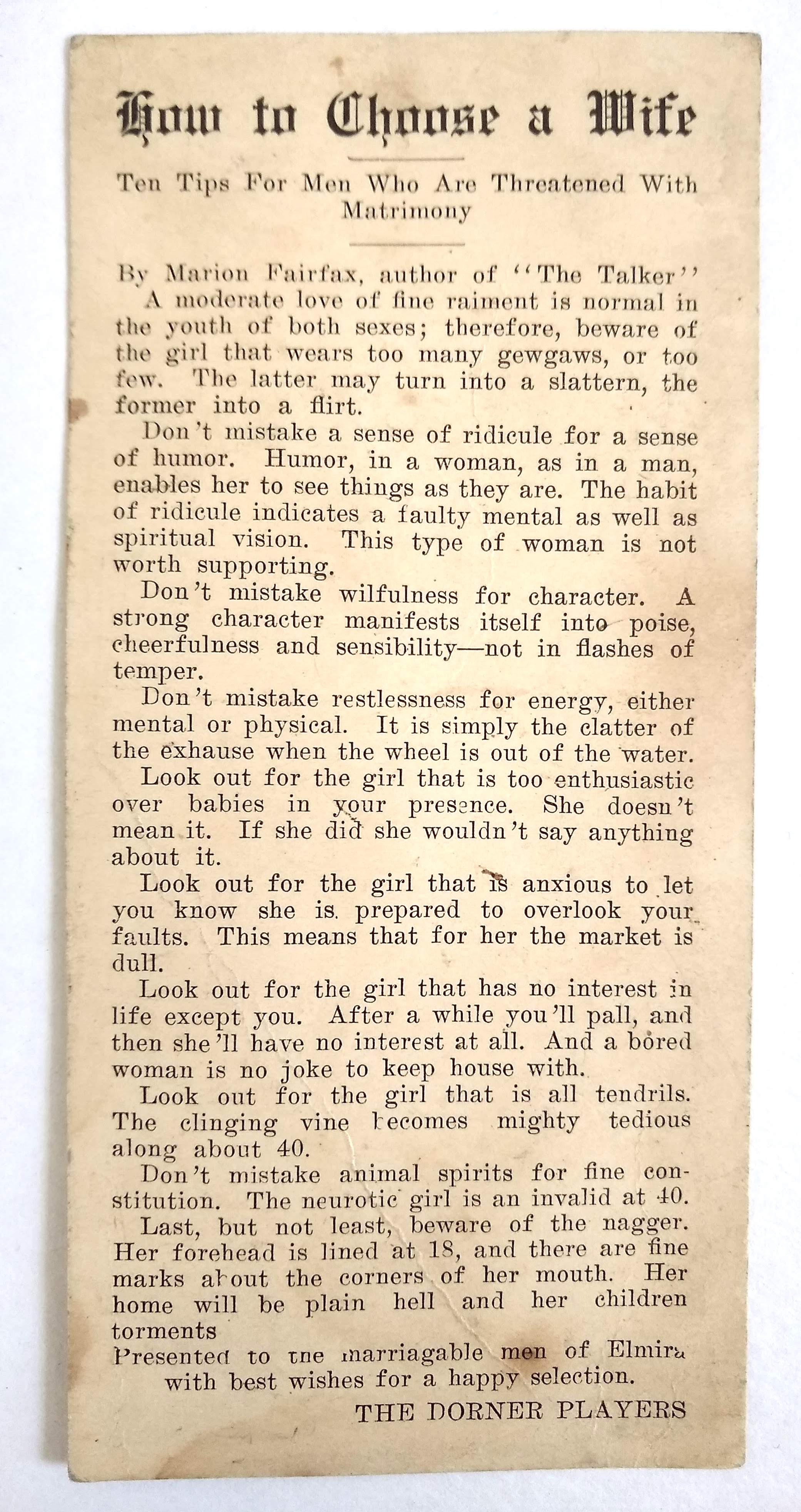 (Courtship) (Theatre) (Women) [Fairfax, Marian]; [The Dorner Players]. How to Choose a Wife: Ten Tips for Men Who are Threatened with Matrimony. [Elmira, NY], n.d. [ca. 1913-1914]. Small handbill promoting a staging of Fairfax’s play, “The Talker,” in Elmira, New York, by a traveling actor’s troupe. Satirical text presumably by Fairfax.

Ephemera related to the screenwriter and playwright Marian Fairfax’s early Broadway hit, “The Talker” (1912). Fairfax broke ground for women on stage and in Hollywood, writing a number of theatrical hits and silent films. She formed her own Hollywood production company in 1921.