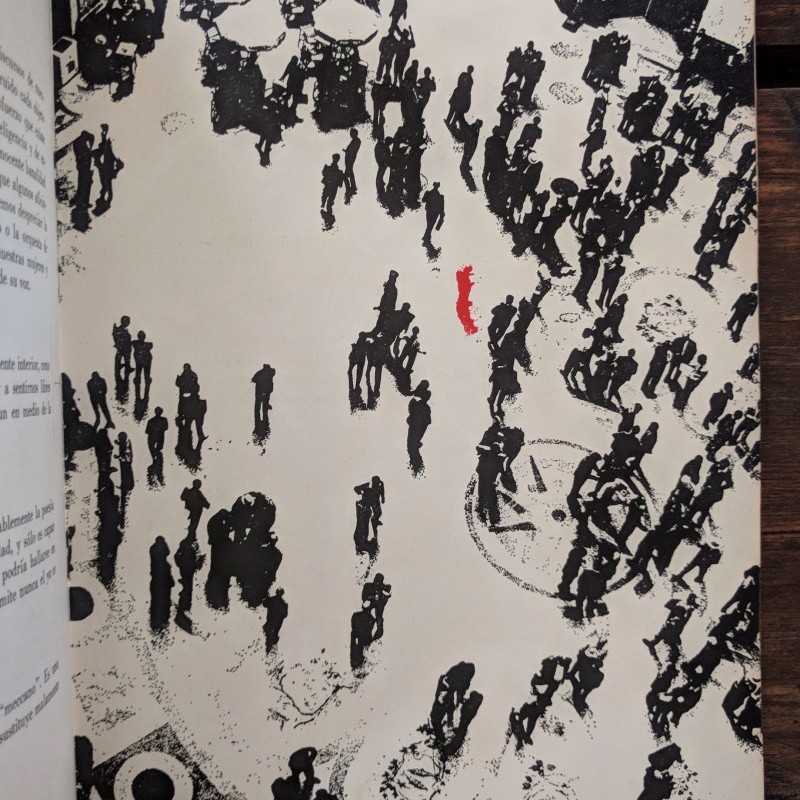 Librería Madero was founded in Mexico City in 1939 by an exiled Spanish Republican, Tomás Espresate. In the early 1950s, Espersate and his partner, Eduardo Naval, opened a small press, later directed by the Mexican painter and graphic designer Vicente Rojo. Librería Madero became well known for its fine press and art editions.

This example is one of a series of annual limited editions produced by Rojo—who was responsible for the illustrations and typography—and presented to friends of the press as a New Year’s gift. Evidently the eminent Mexican poet, Pacheco, was often a collaborator on these projects and here he provides the translation for Bontempelli’s brief text, which had recently been discovered in his papers at the time his death in 1961.

OCLC records no US holdings.