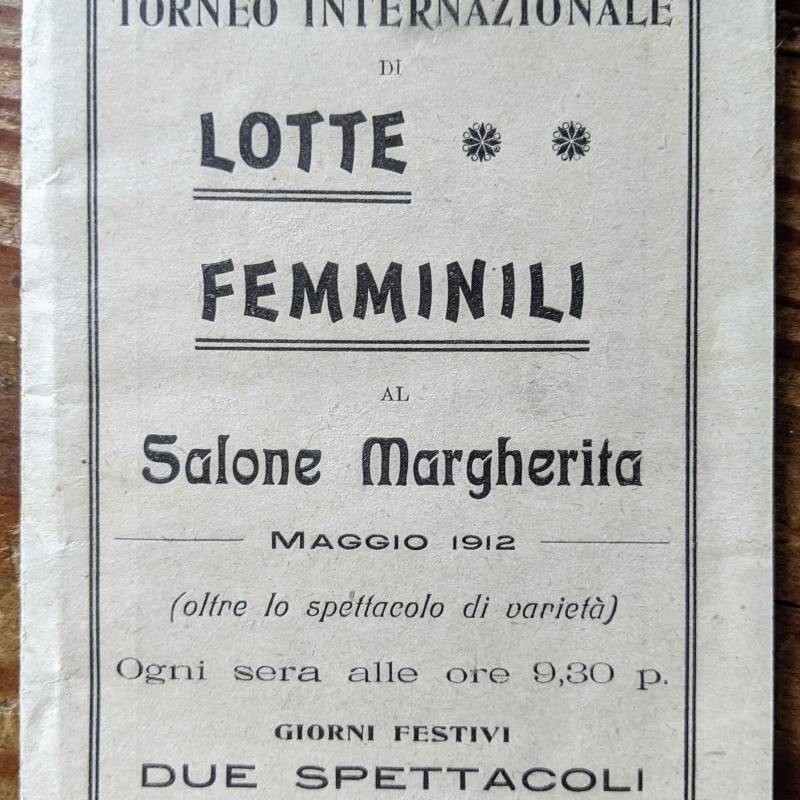 Promotional booklet for a women’s wrestling tournament held an evening variety show at a well-known Roman theater. Photographs of each contestant are reproduced with captions identifying their last name, nationality, and weight. The earnest, athletic presentation of the “national champions” in this booklet was unusual for a sport regarded largely as entertainment. This style of presentation may have been related to contemporary interest in the international competition of the V Summer Olympiad, which opened the same month 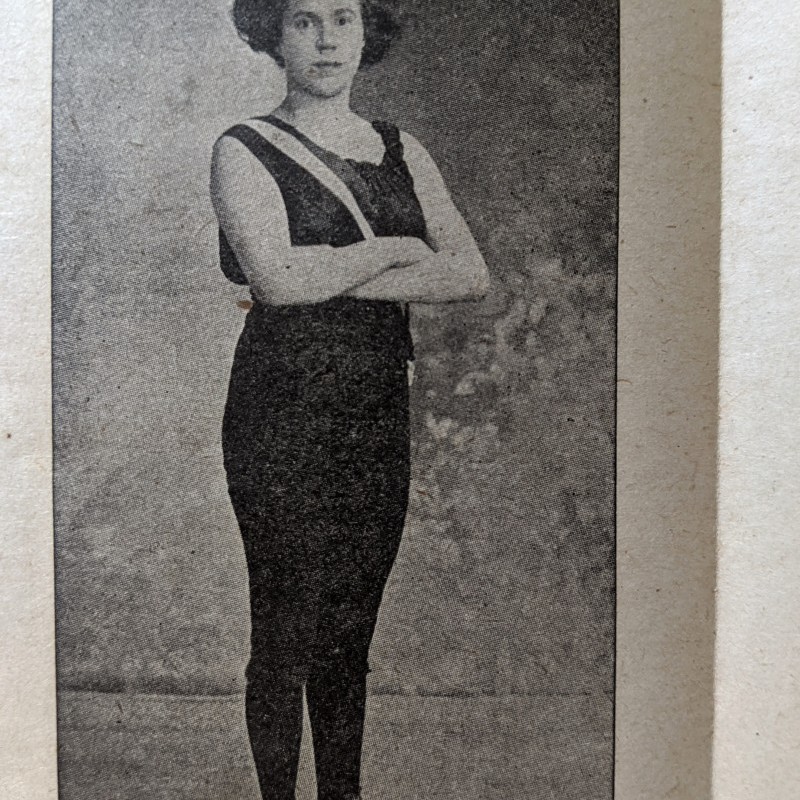 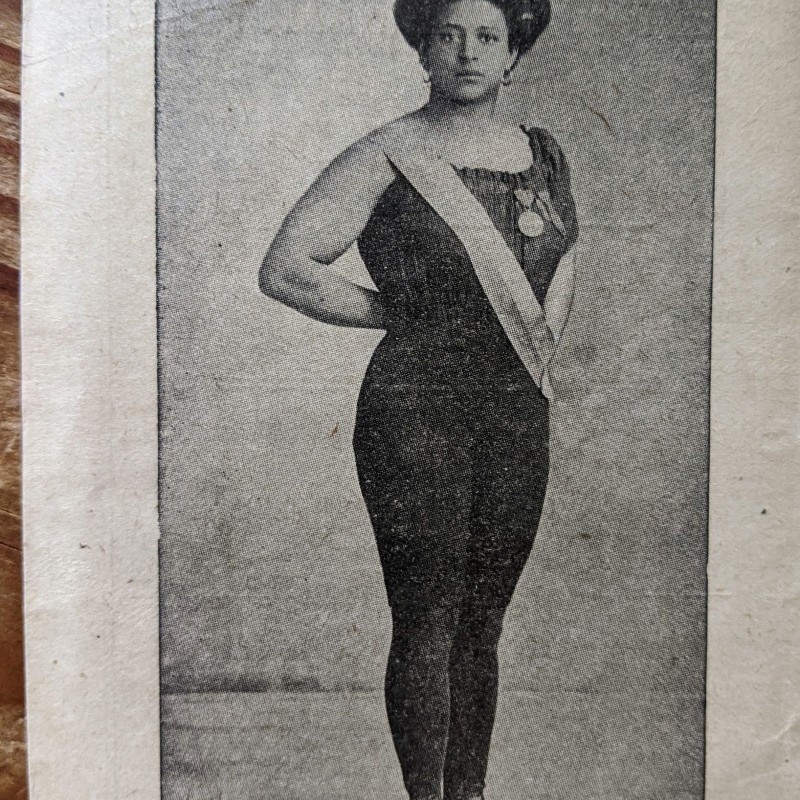