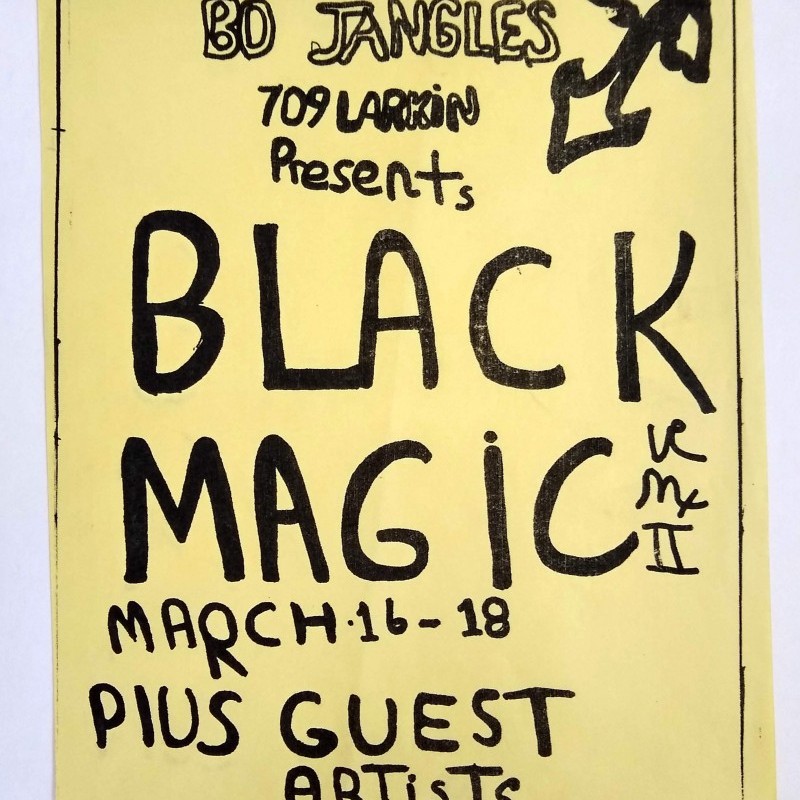 Scarce documentation of social spaces for transgender people of color in the 1970s. Bo Jangles, a.k.a. Bojangles, was a black-owned club at Larkin and Ellis in “Polk Gulch,” the center of San Francisco’s LGBTQ+ bar scene in the 1960s and 1970s. It is described by trans activist Red Jordan Arobateau in his semi-autobiographical novel “Autumn Changes,” as an “all black [Soul] club full of sissies, dikes, studs and a few straight customers. Transsexual queens black as Cleopatra reign in full face, form & fashion. And small drag butches congregate; a few are ex prison inmates; and two of the most successful black lesbian pimps come down with their string of ladies for a night out on the town.” Weekly “taped” soul nights are advertised here along with live latin fusion music from bands Christian Black and Black Magic.

In the mid-1970s Bojangles relocated to the Tenderloin(?), where it continued to cater to a “black and brown queer crowd.” 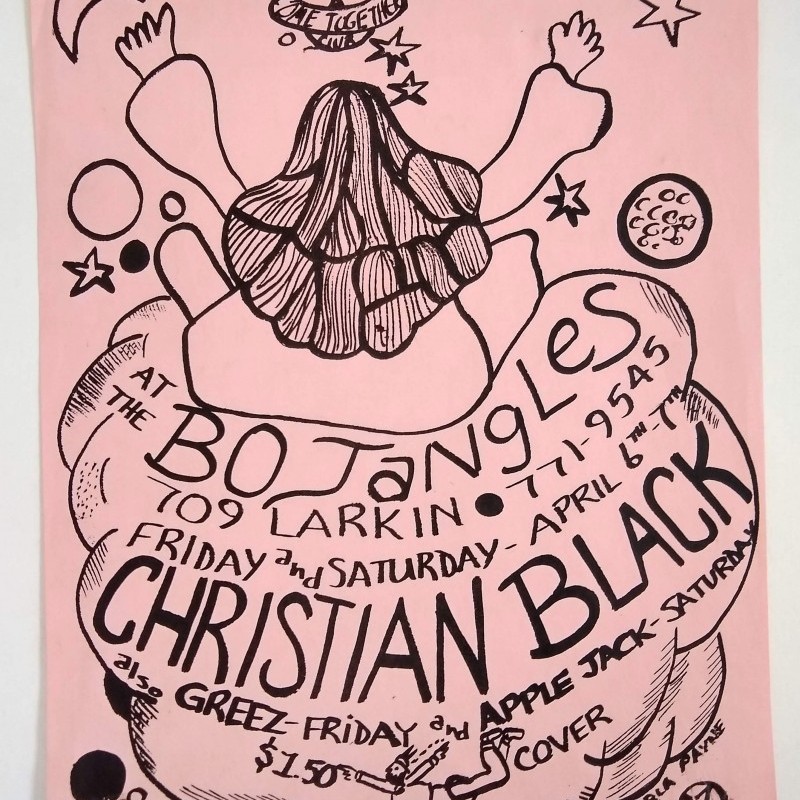 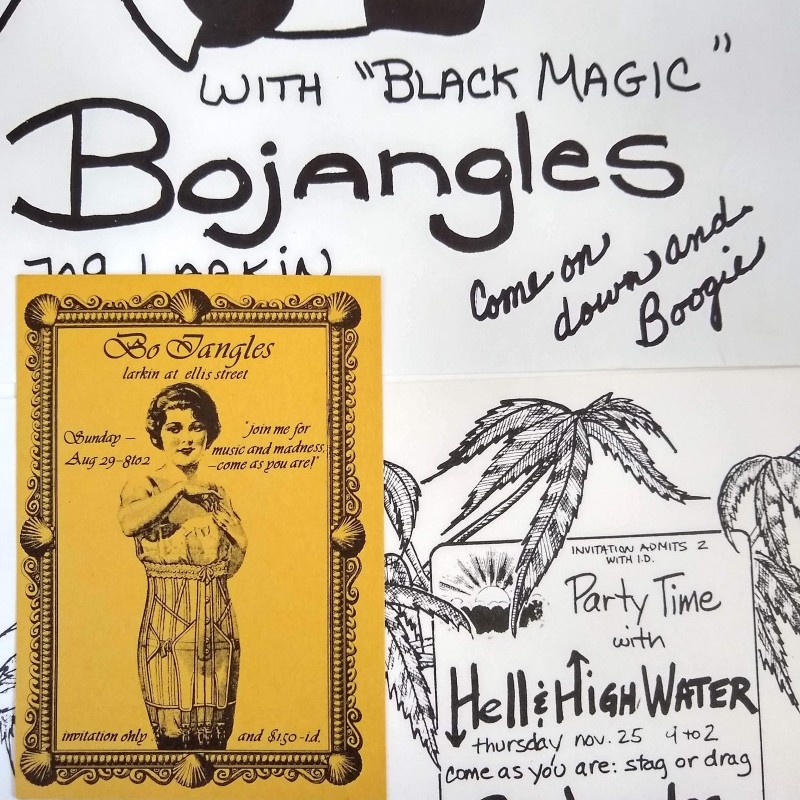