How We are Defending the Health of Our Soldiers and Sailors: 309 Houses of Shame Closed 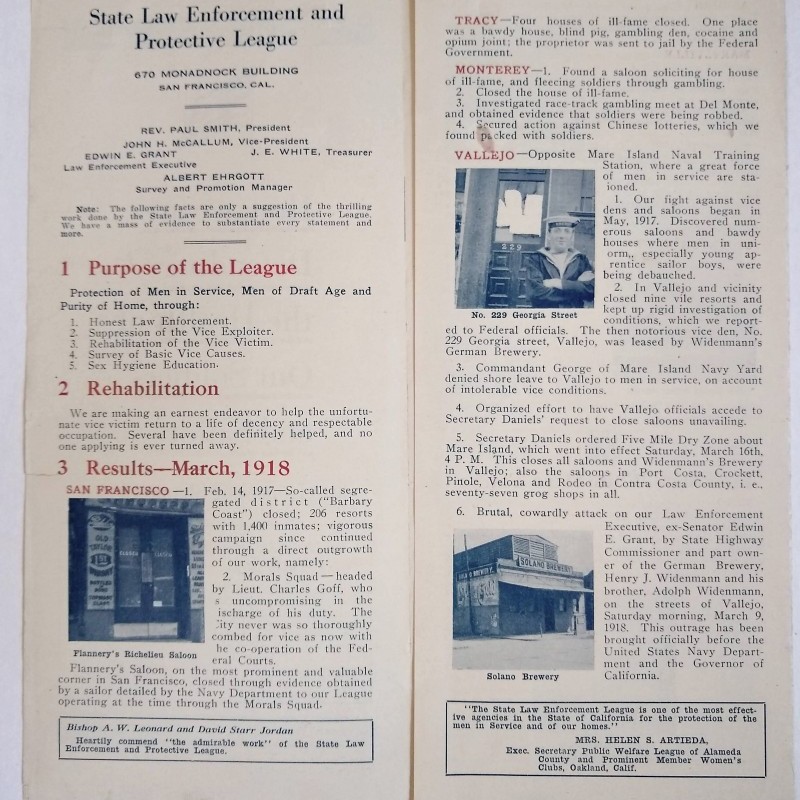 Propagandist description of the controversy arising from California’s Red Light Abatement Act, a.k.a. the Bohnett-Grant Act. The Act was signed into law in April, 1913, but was contested by a statewide voter referendum held in November 1914, where it was affirmed. Like other Red Light Abatement laws, it ended segregated “redlight districts” and transformed public nuisance law to allow the government to take action against landlords whose property was used for brothels or “lewdness.” Importantly it also allowed for any resident citizen of the state to “maintain an action” against a specific property, empowering communities to act directly, without involving law enforcement.

Many high-profile supporters of the Act were Reformists and socialists. The leaflets here are mostly written by journalist Franklin Hichborn, an associate of prominent reformer John Randolph Haynes and his suffragist wife, Doris Haynes. Hichborn takes aim directly at prostitution’s profiteers and the link between capital and sex. One pull quote, from a municipal judge in Portland, OR, sounds almost contemporary in its appeal to move away from “criminal prosecutions, because [they] are usually directed at the pawn in the system while the real culprit, the man who knowingly permitted the use of his property for immoral purposes … is allowed to go unwhipped.”

Exemplary and rare document of the overheated rhetoric in the fight against prostitution and its special urgency during wartime. The League’s purpose is declared to be the protection of men in service and purity of home, primarily through “suppression of the vice exploiter” and “rehabilitation of the vice victim.” The pamphlet is primarily a report on legal actions brought under the Redlight Abatement Act. Seven recently closed “dens of vice” in the San Francisco Bay area are illustrated next to the descriptions of hundreds of others, and evidence of “white slave” trafficking. Not found in OCLC. 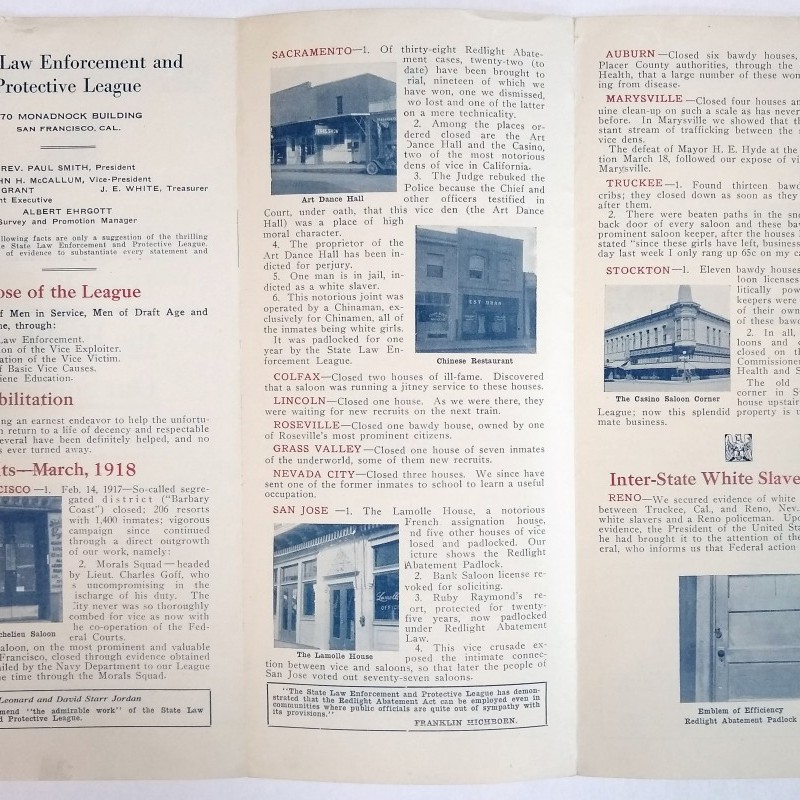