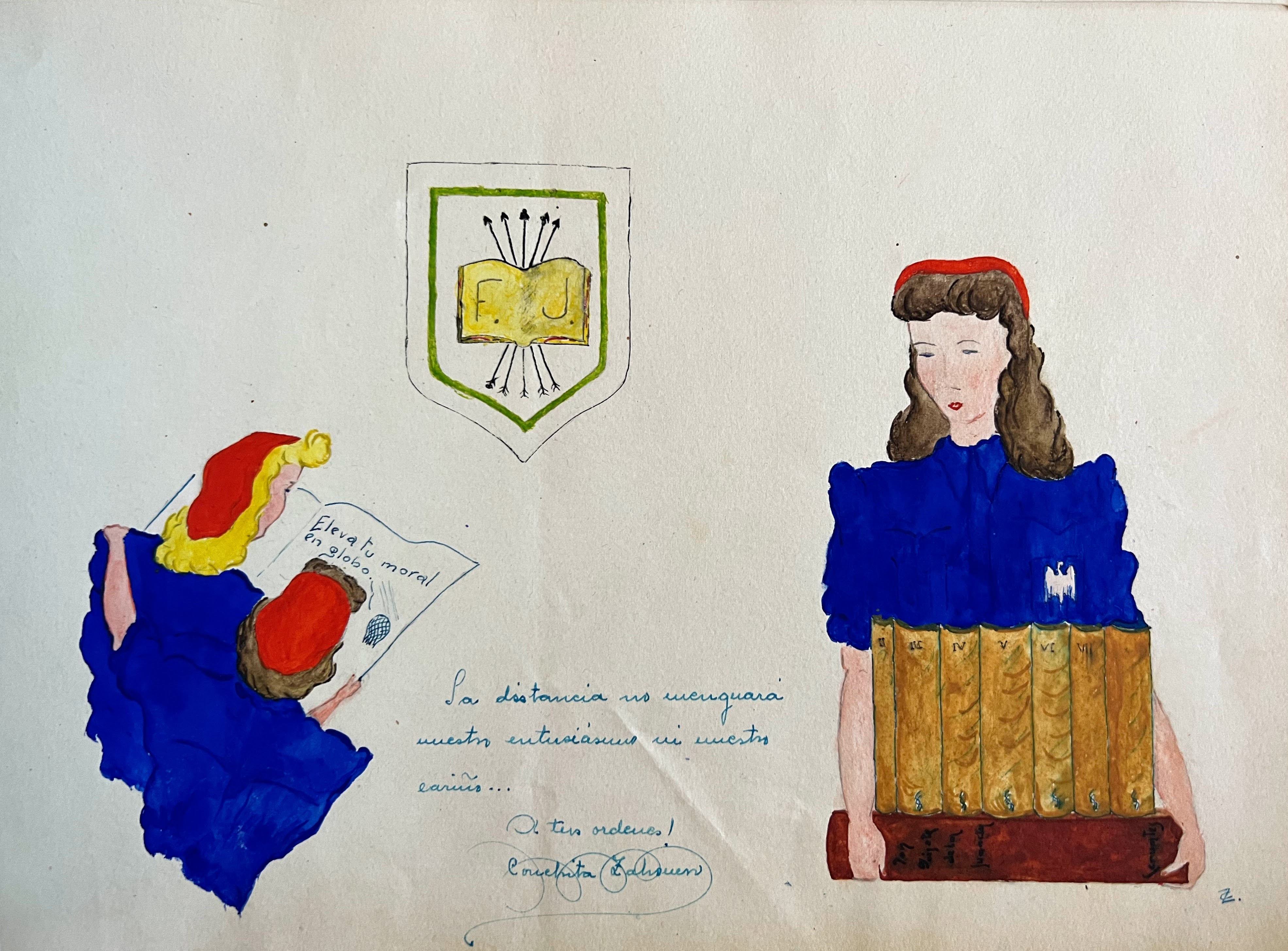 Later superseded by the Juventudes de la Sección Femenina (1945), the Margaritas and Flechas of 1943 were being prepared to be good wives and mothers to the soldiers of Spain: in addition to domestic skills (sewing, nursing, cooking, etc.), they were encouraged to be physically fit, hygienic, churchgoers capable of teaching the core Falange values (Dios, Patria, Hogar) to the next generation.

In detailed drawings and inscriptions, the album documents the language and imagery of this indoctrination and its eerie combination of idealized femininity, children’s comics, and facist propaganda. Again and again Margaritas and Flechas announce their dedication to their beloved (“cariño”) commander, obedience to the political hierarchy of the Falange (“a tus ordenes”), and submission to the collective goals of national syndicalism. ¡Arriba España! 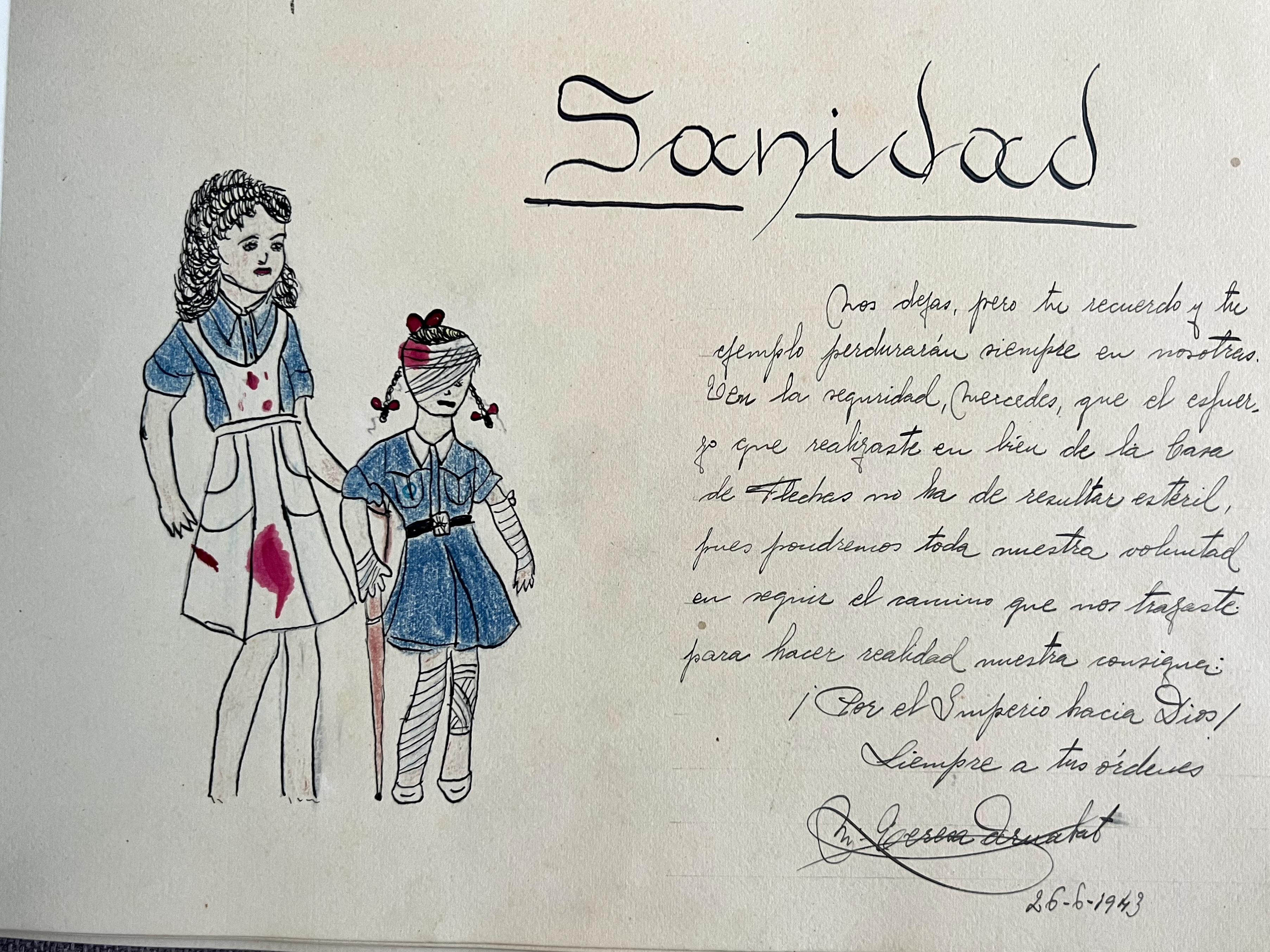 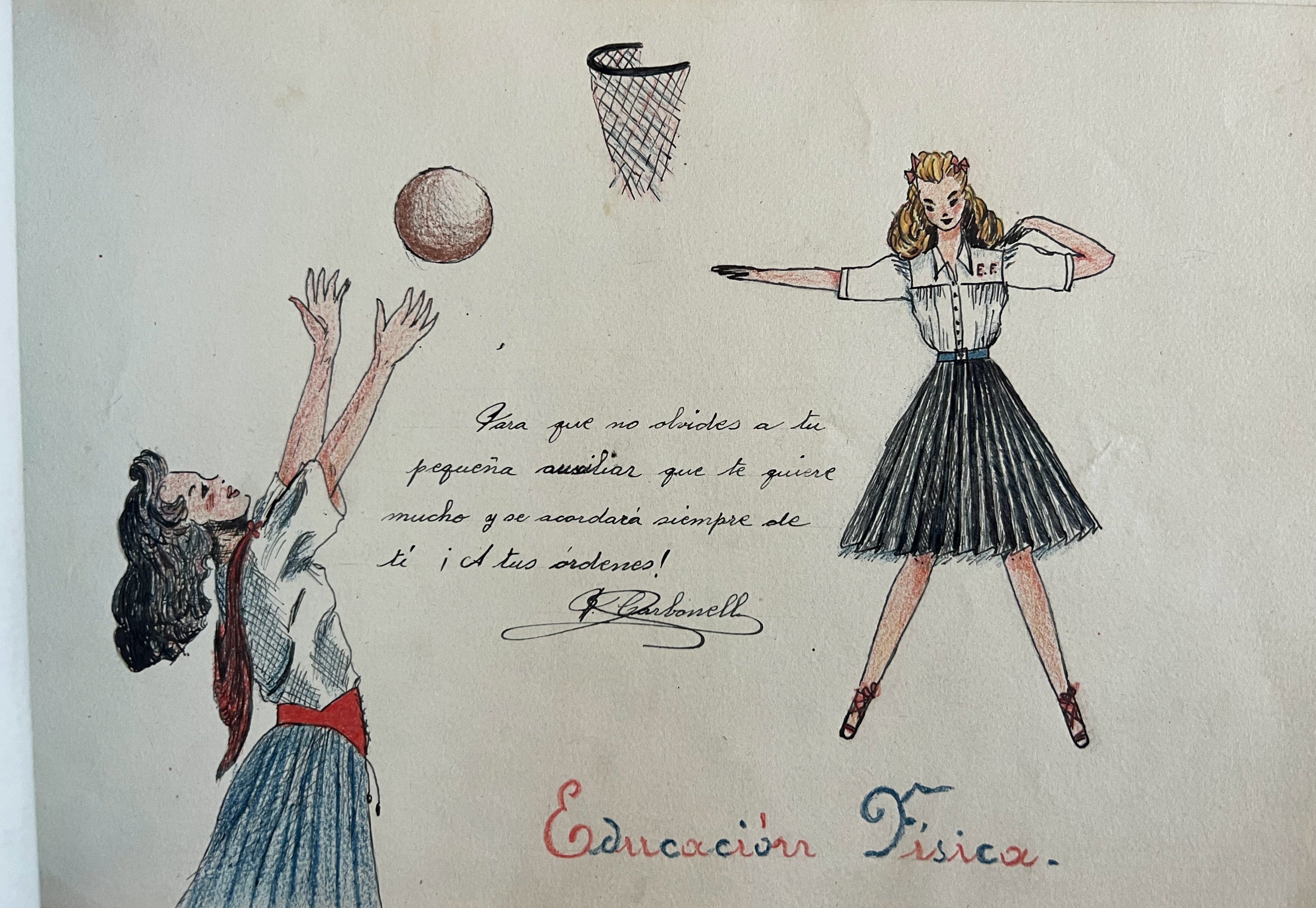 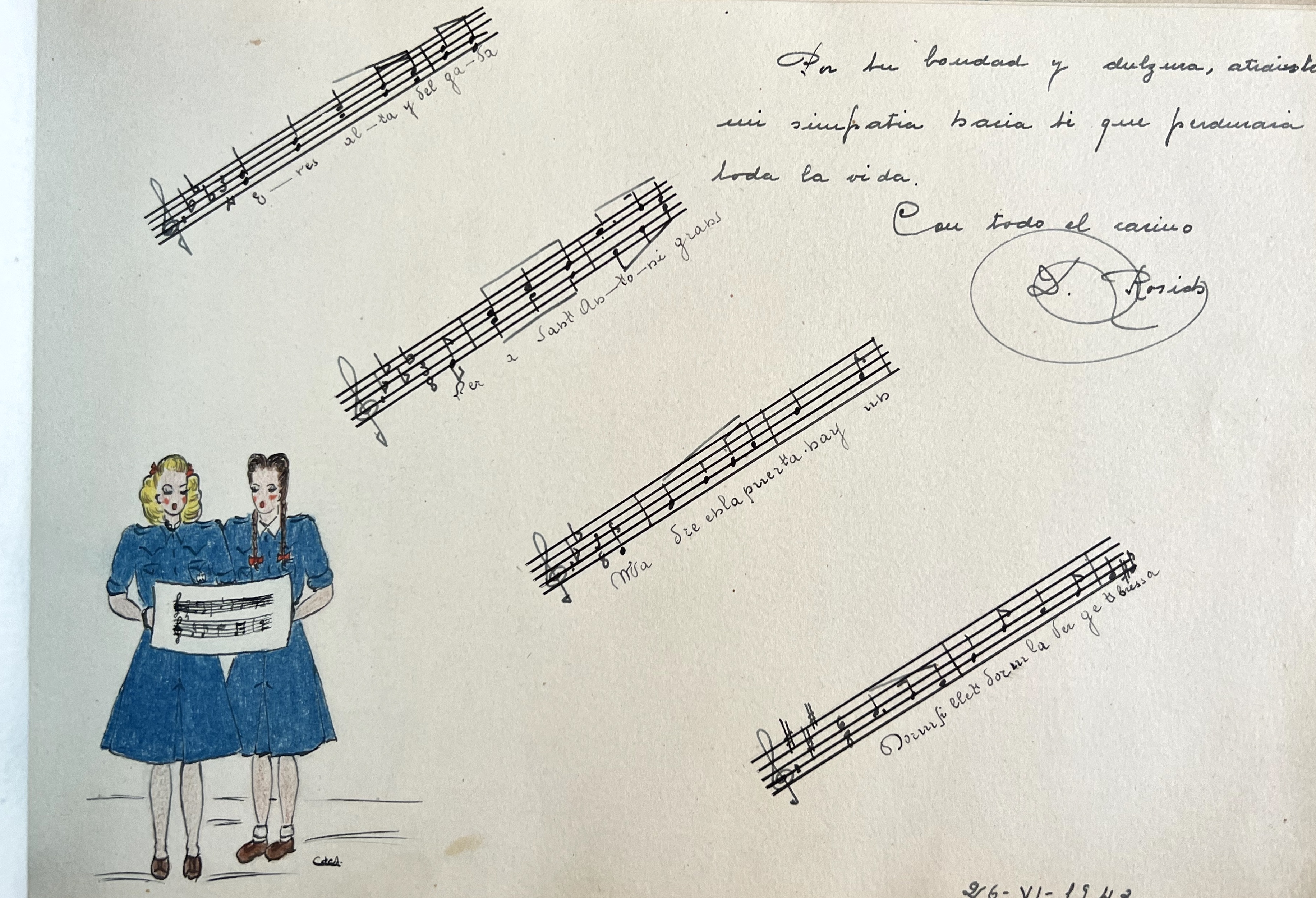 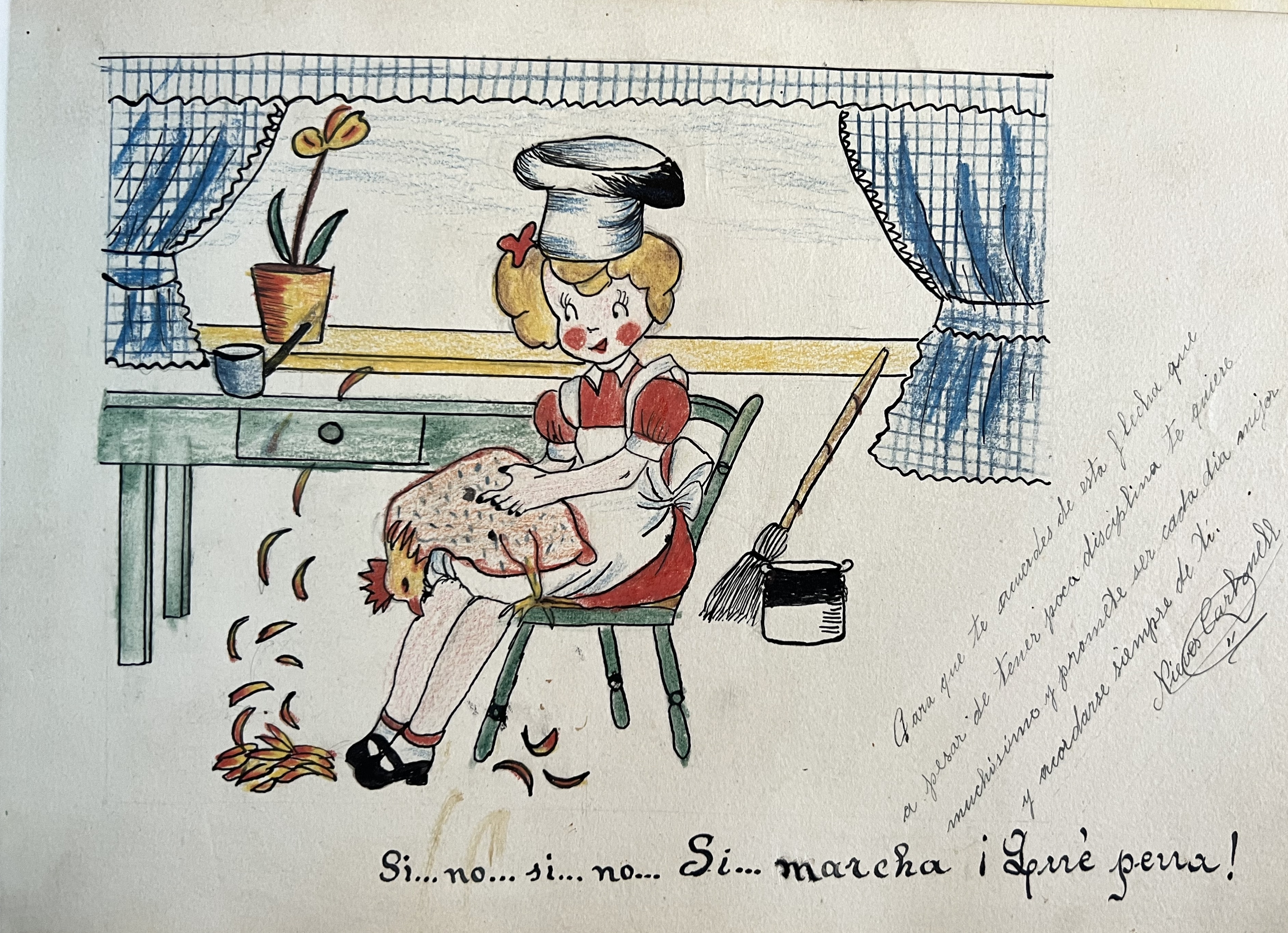 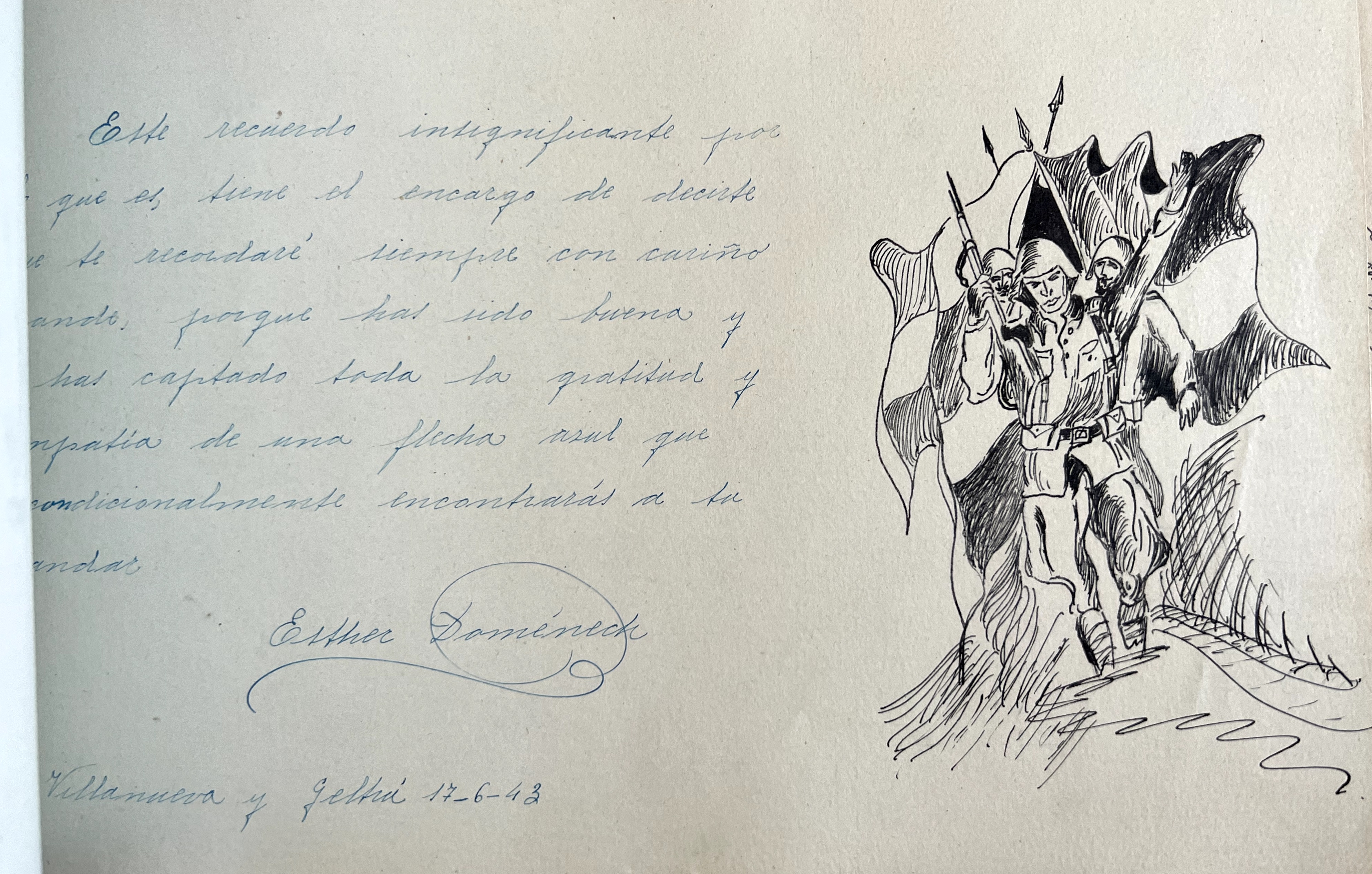 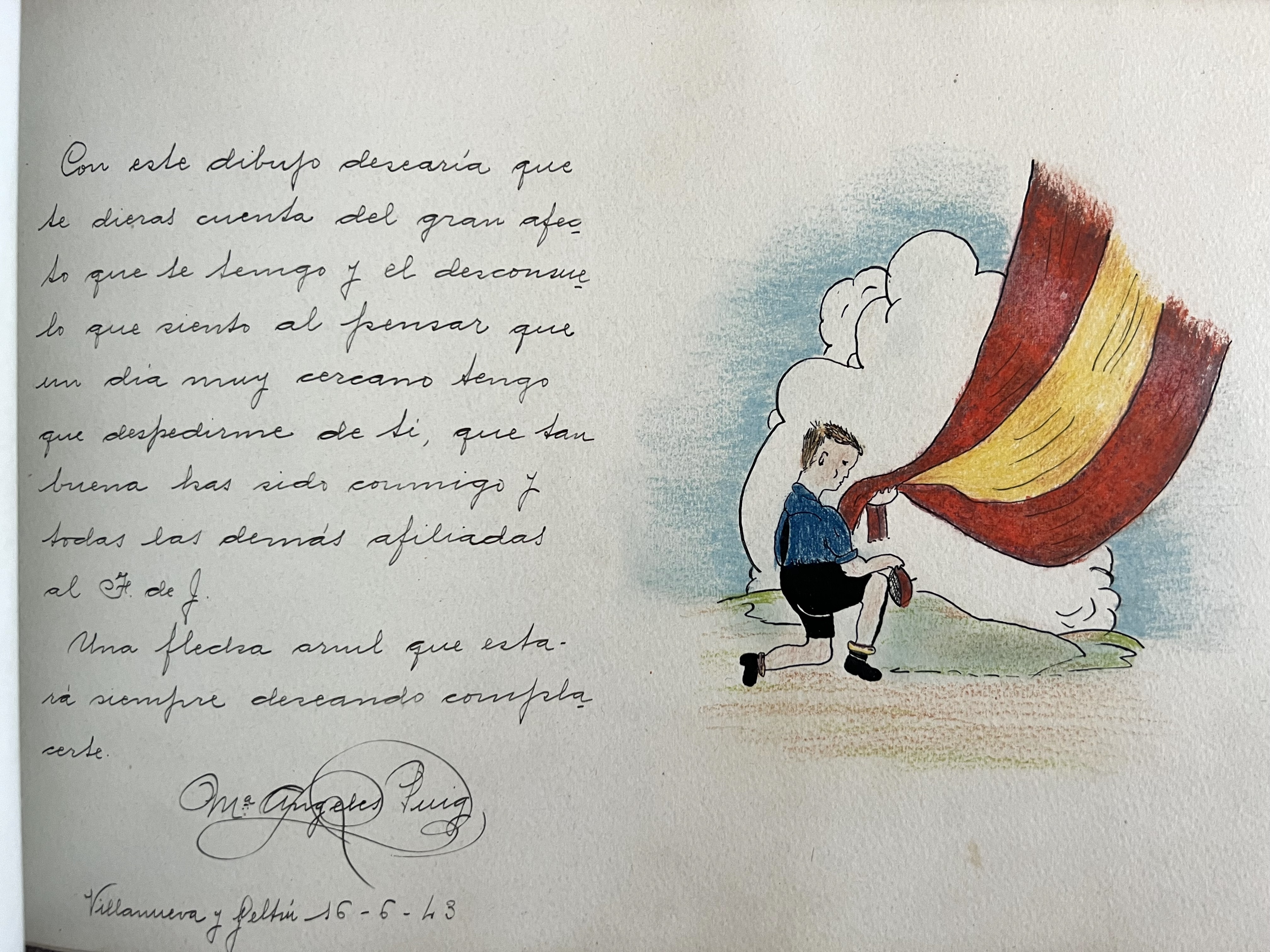 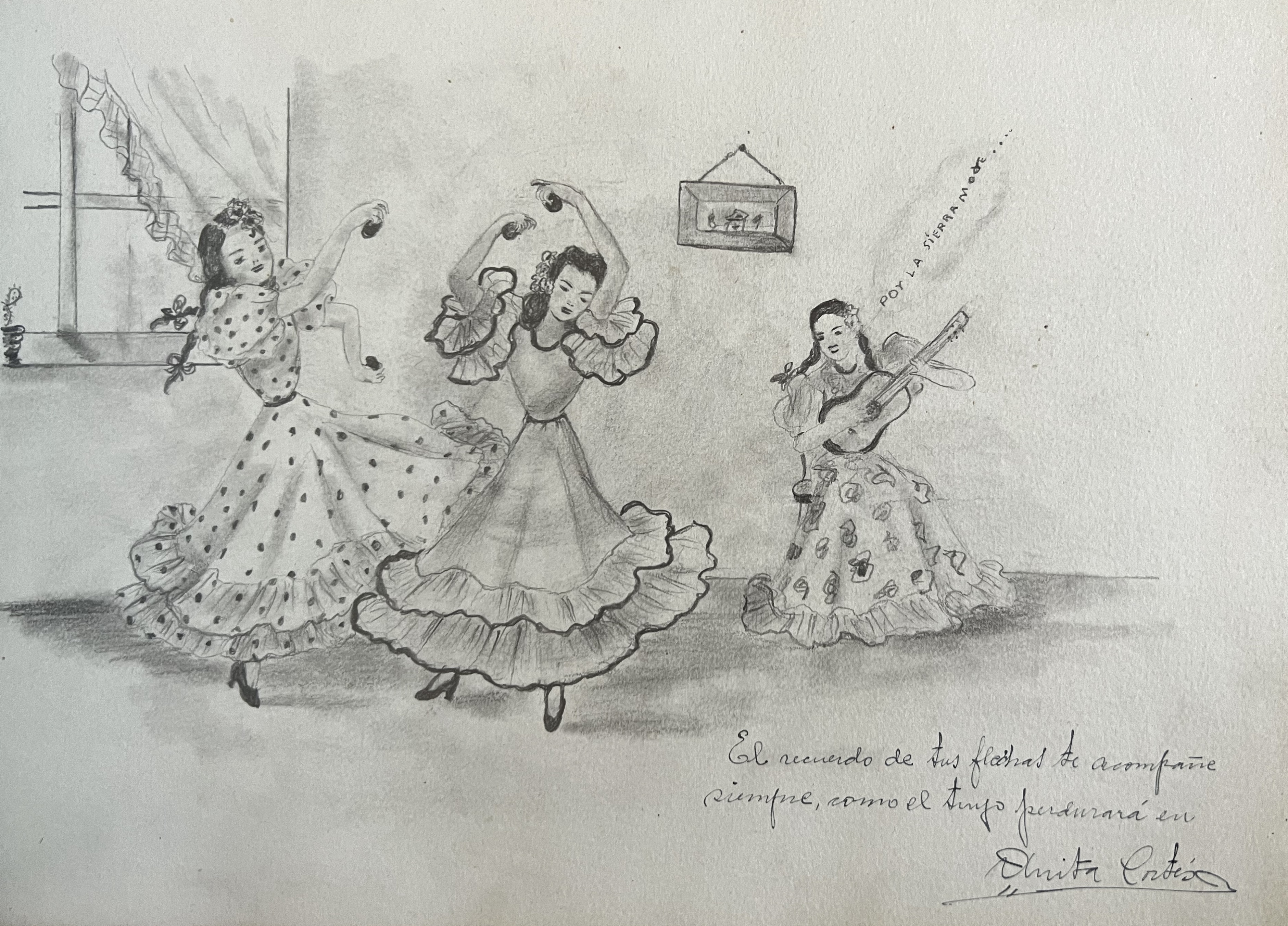 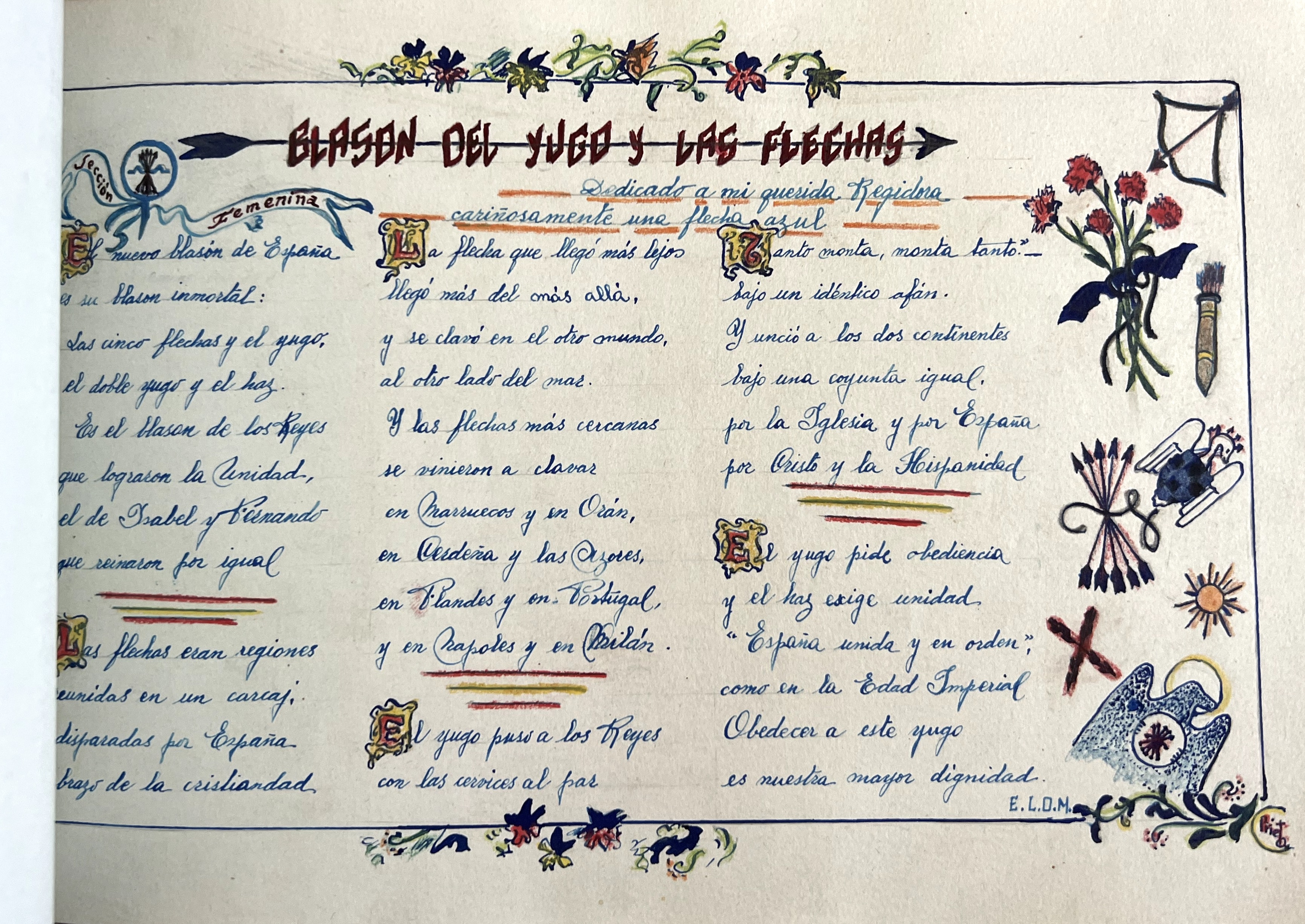 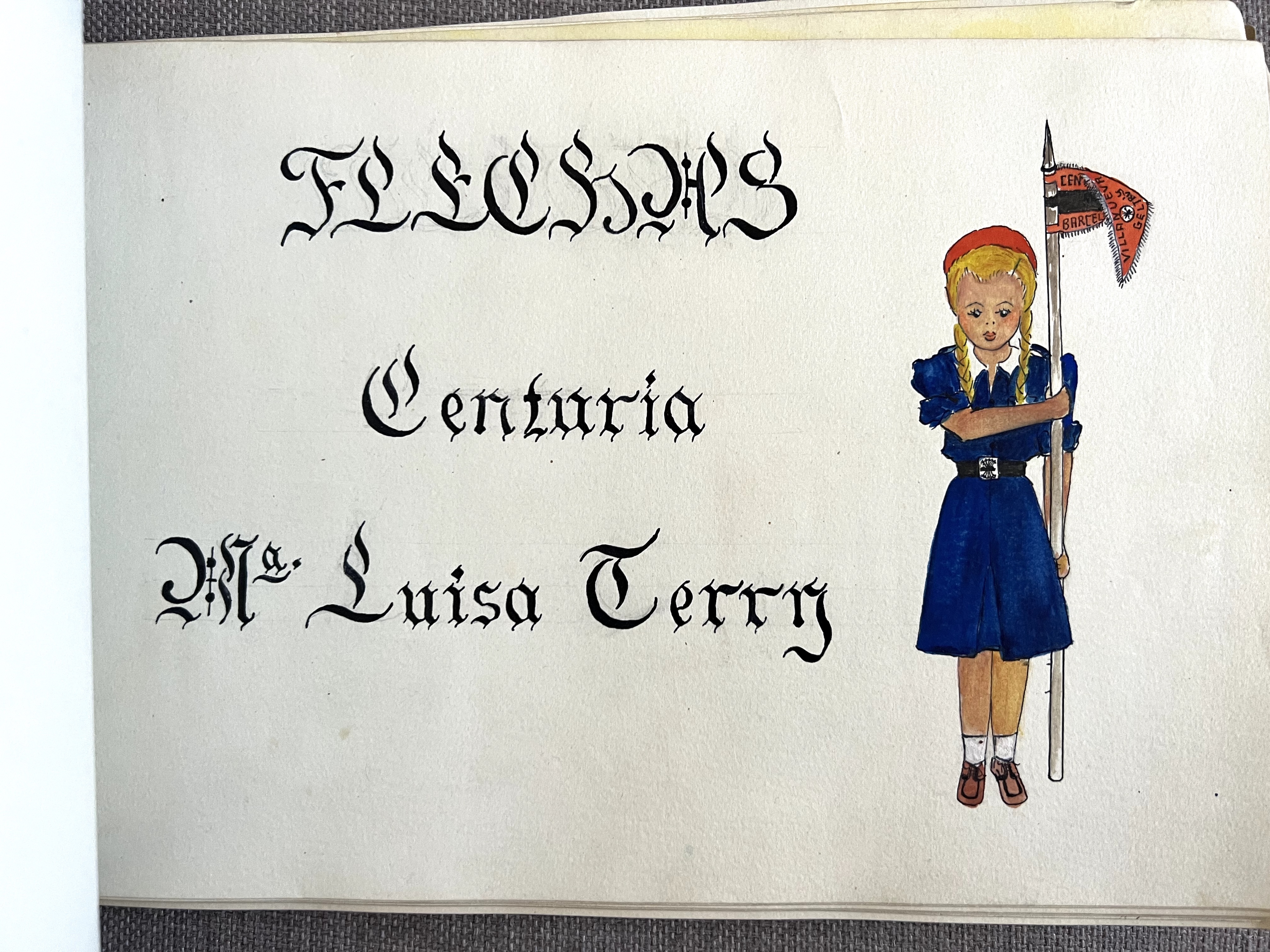