La Argentina: A Collection of Photographs, Postcards, Programs, Reviews, and other Publications 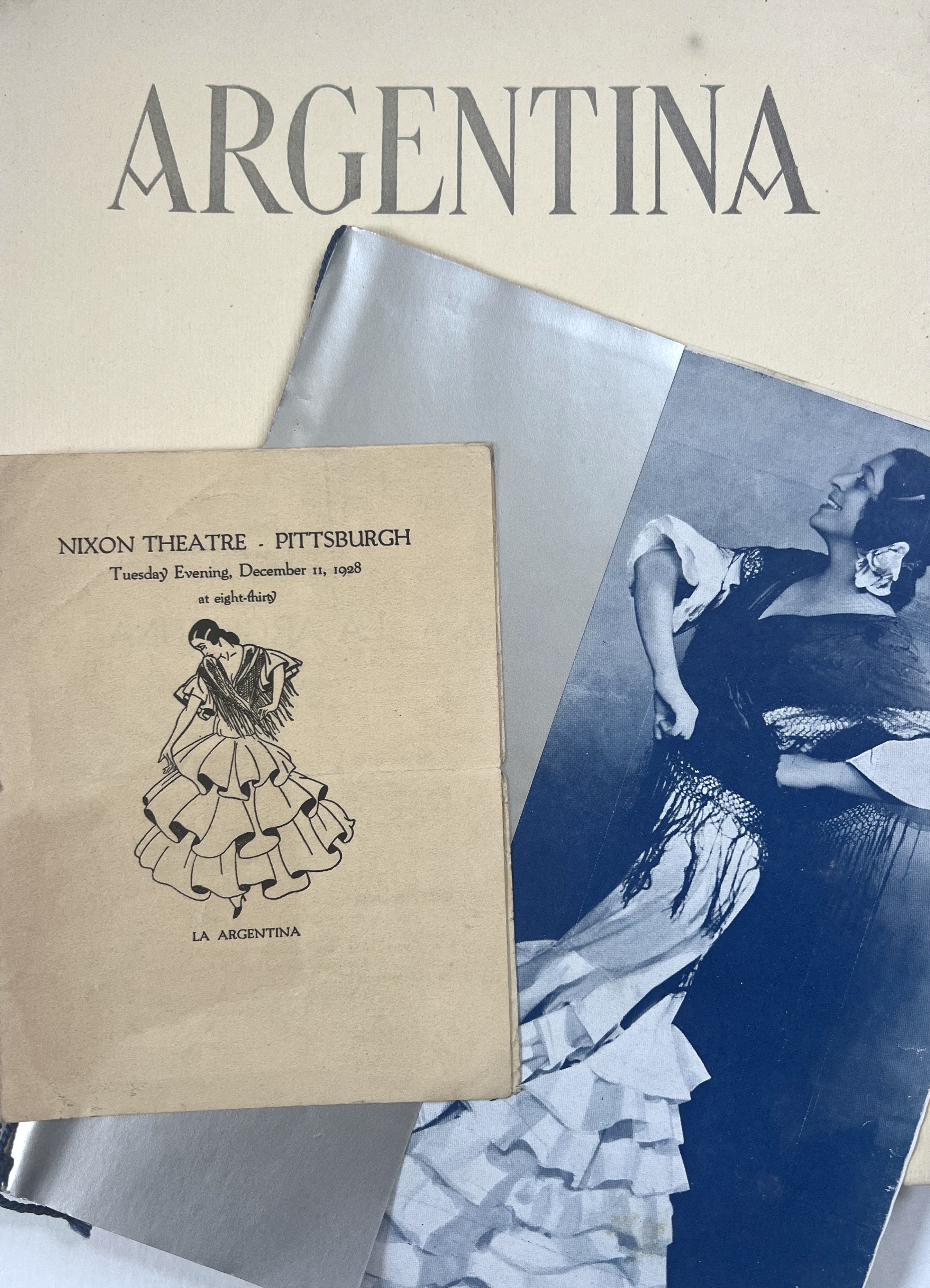 An excellent group of primary source materials surveying the career of internationally renowned choreographer, dancer, and director, Antonia Mercé (1888-1936), known as La Argentina. Born in Buenos Aires, Mercé and her parents–both dancers–moved to Spain when she was a child; by the age of 11 she was a star ballerina at the Teatro Real de Madrid. She retired from ballet at 17 and began to study native Spanish folk dances. She has been described as an “assiduous ethnographer, combing Spain for rhythms, materials, and design concepts” and her interpretations of these dances, including bolero and flamenco, played an important role in the popularization and modernization of these forms. Living in Paris and with Sergei Diaghilev’s Ballets Russes as her model, she founded the company Les Ballets Espagnols, creating an avant-garde forum for Spanish dance and music. Her collaborative dance-theater productions “offered a modernist vision of a multinational Spain,” fusing classical Spanish ballet with Roma flamenco rhythms and legends.

In her friend Federico García Lorca’s words: “All the classical dances of this great artist are her unique signature, at the same time that they are the signature of her country, of my country.” Despite being awarded the French Légion d’honneur and dancing at the Roosevelt White House, her significant contributions to Spanish modern art and her position as the director of the largest ballet company in Paris (after Diaghilev’s death) were largely forgotten during the Franco dictatorship.

Most of the portraits in this collection were photographed by Dora Kallmus, a.k.a. Madame d’Ora, the Austrian-Jewish emigre whose Parisian studio was frequented by the Who’s Who of 1920s Parisian art and fashion: Coco Chanel, Colette, Pablo Picasso, and Josephine Baker, etc.

The clippings and programs were assembled by Mary Elizabeth Winbigler, née Gleason, an American dancer inspired by La Argentina who studied flamenco in Spain in the 1920s and performed in Madrid under the name “Marie Isabel” in 1931. When she returned to the US she organized a 50-member dance troupe who toured during the Depression, often performing as an opening act in movie theaters. The collection includes the typescript of a radio interview between Gleason and Argentina in 1935. 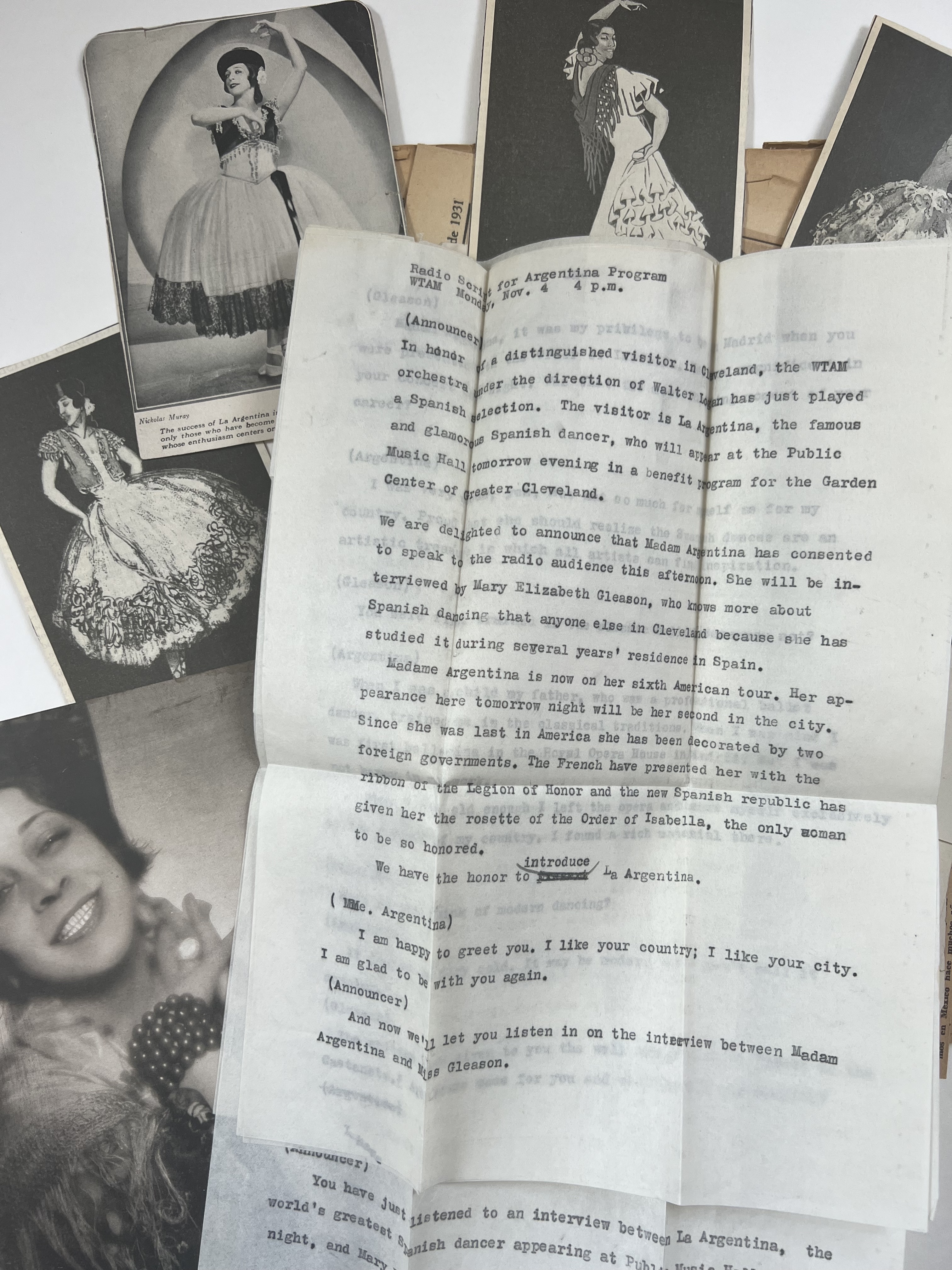