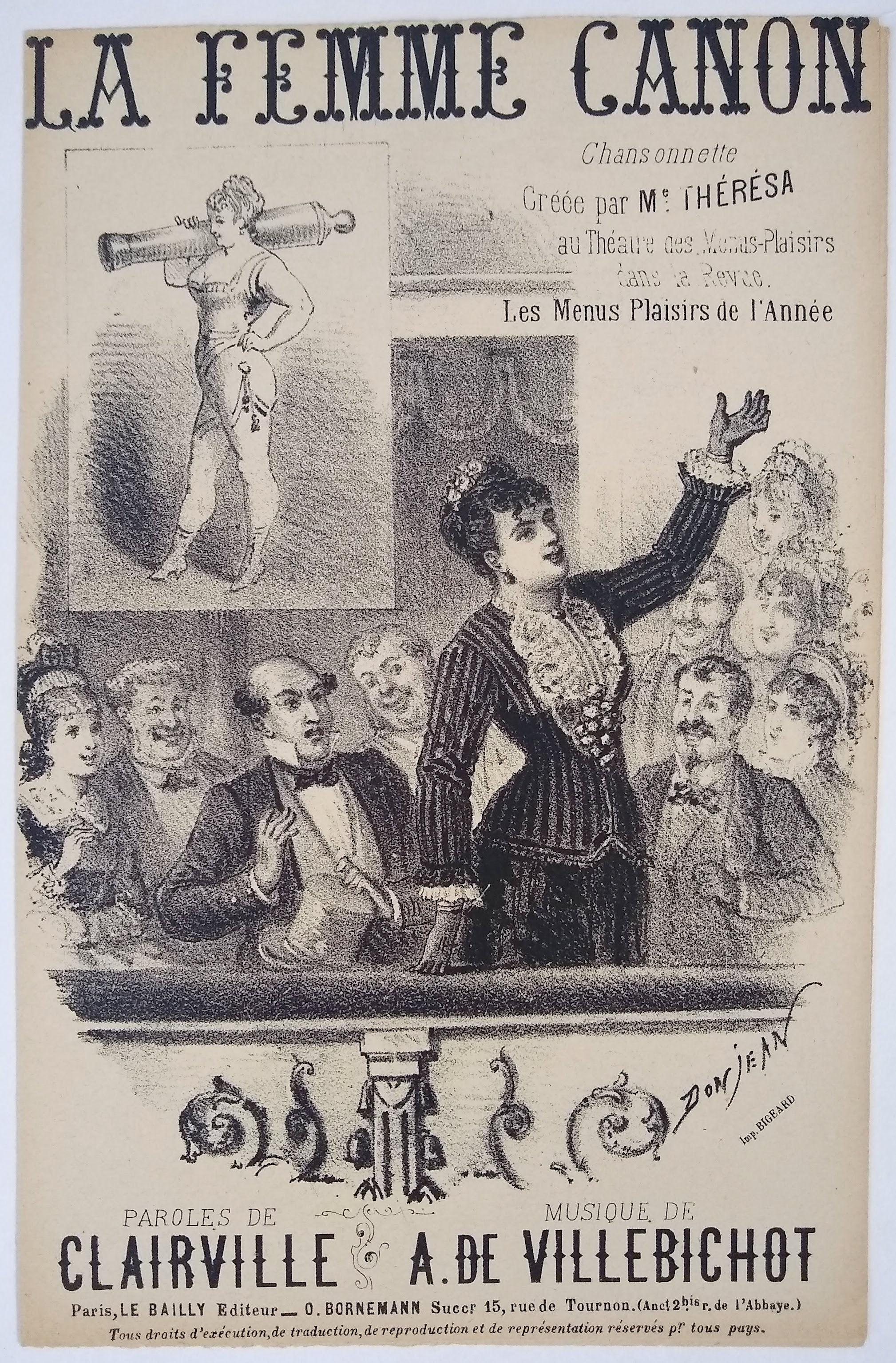 Rousing comic song about a woman “human cannonball” and her marital life, likely inspired by Rossa Matilda Richter, aka Zazel, the first human cannonball. Richter’s pioneering flight took place in London in 1877 and her act quickly became a sensation across Europe, inspiring both waltzes and comic songs. Oddly enough, she founded an opera company in the US in the 1880s.

One record in OCLC, at the BNF.