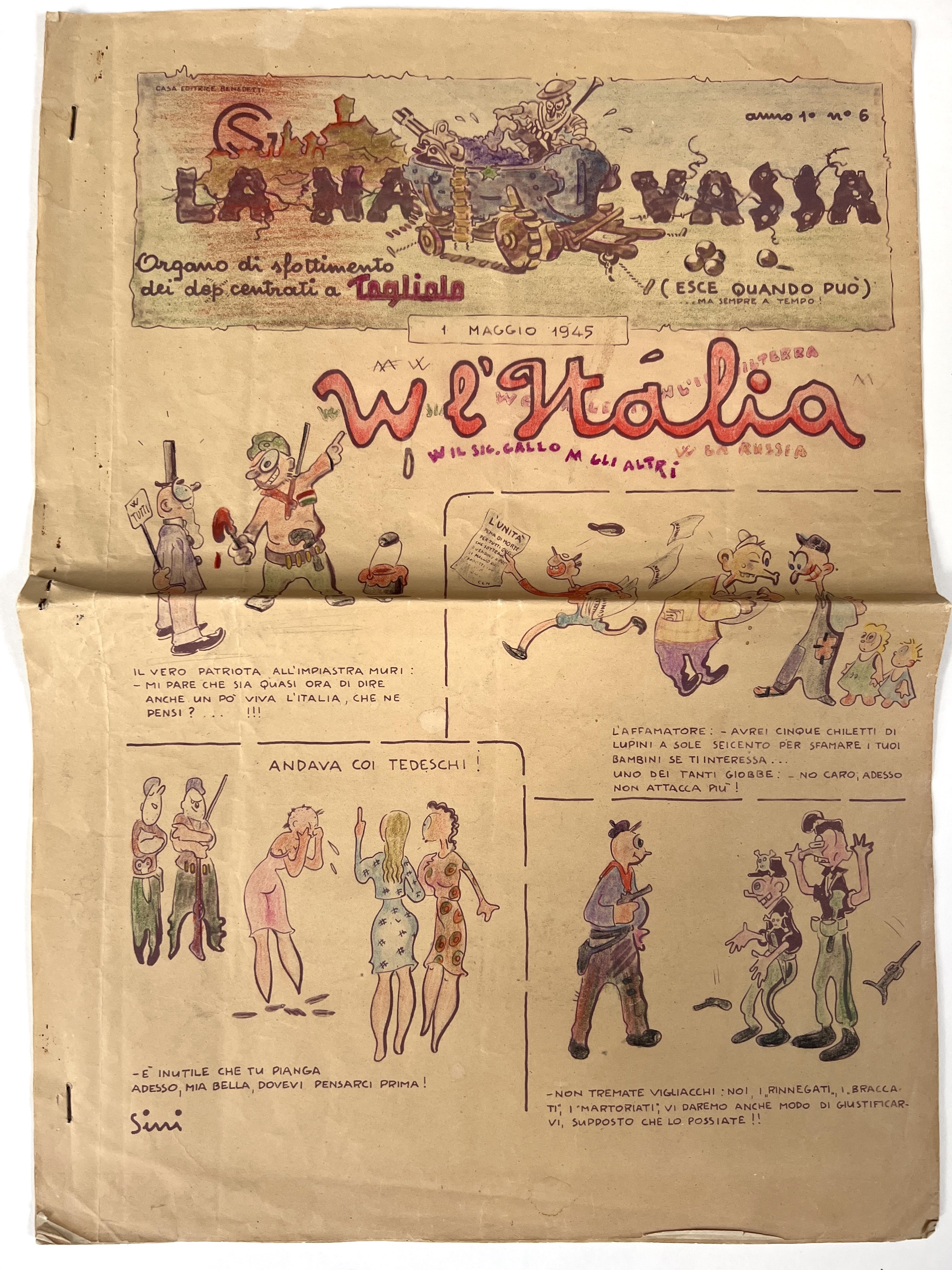 Nearly complete run of an antifascist satirical published clandestinely during the final six months of the Italian Resistance in the Piedmont region, part of the German-occupied Italian Social Republic. Printed in the Tagliolo-Monferrato comune, known for its wines, the title is derived from a word in the local dialect for a wooden tub used for collecting and pressing grapes. In the first issue, the pseudonymous editors described their intention to use the paper as a “crucible” to release a “juice rich in spirit and good humor.”

Satirical poems, fiction, theater scripts, comics, and columns discuss local politics and village news while referencing the occupation and the economic hardships of war; many absurdist entries on art, women’s fashion, drinking, and licentious themes of village life. Reports on partisan actions in the area, including a Nazi ambush near Genoa. The final issue (No. 6: May 1, 1945) was dedicated to the liberation of Italy, the execution of Mussolini, and the denunciation of regional fascists. Overall a relatively ambitious production considering contemporary material shortages, the penalties for printing outside of the official Salo Republic propaganda system, and the problems of audience and distribution.

We speculate that the publication may have been produced by tenant winegrowers in Tagliolo, since there are frequent criticisms of the castle and the “commander” of the winery. These laborers ask for parity in treatment with their colleagues in nearby wine zones, including Campo Ligure. The editors’ antifascist sentiment is characteristic of the general population’s participation in the resistance near the end of the war, when communities and individuals responded to highly localized events and conditions in the Salo Republic rather than to specific political philosophies of the partigiani. Although military actions and martyrs of the resistance are discussed, its satirical tone represents the broader purpose of antifascist underground media in WWII: building solidarity and lifting spirits.

Italian WWII clandestine materials are underpresented in major institutional collections of underground and illegal press activities. Not recorded in OCLC member holdings or in specific research holdings related to the resistance in Italy, for example the Bibliographic Research Center at Torino University, the Italian Catalog of Periodicals, the ICCU/OPAC, and the Piedmontese Institute for the History of the Resistance. 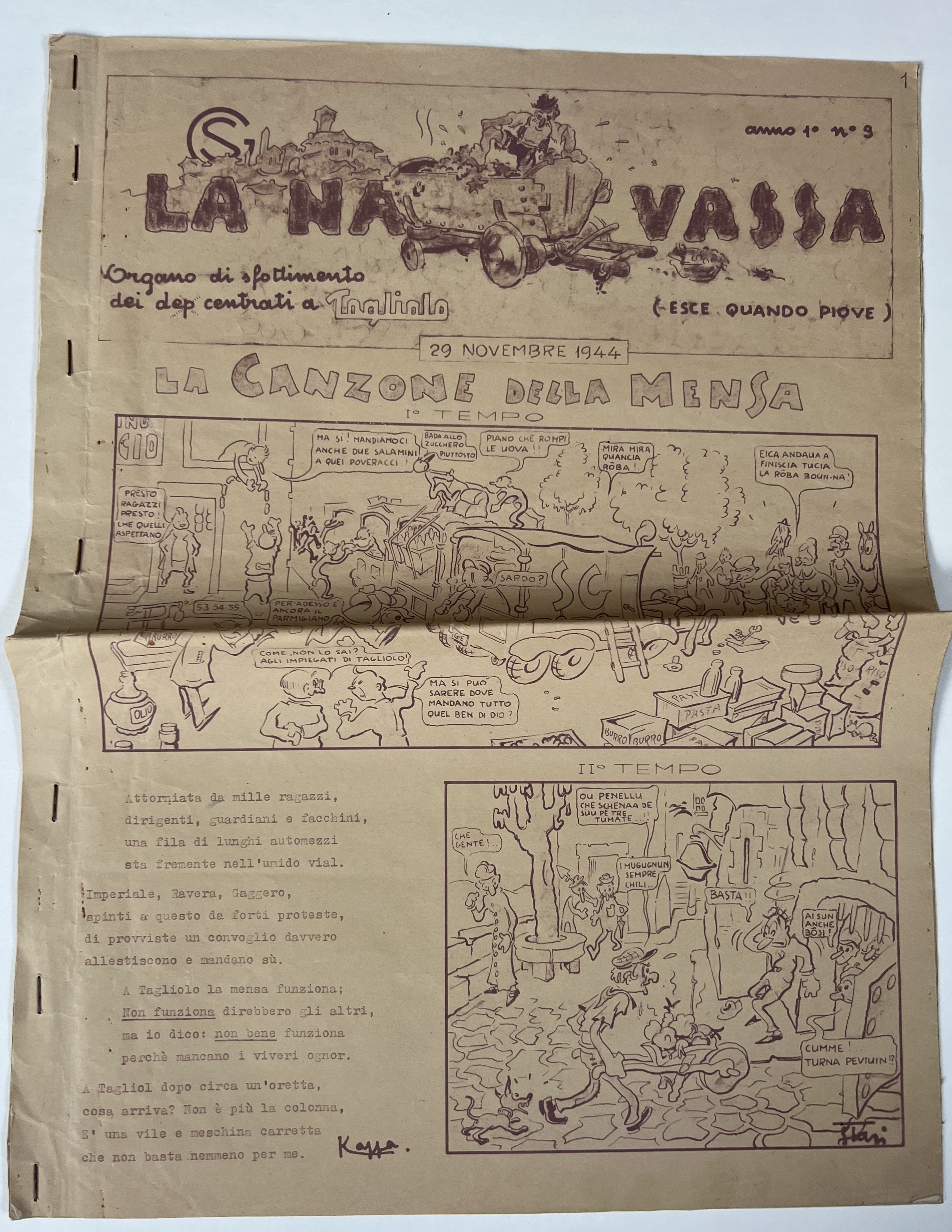 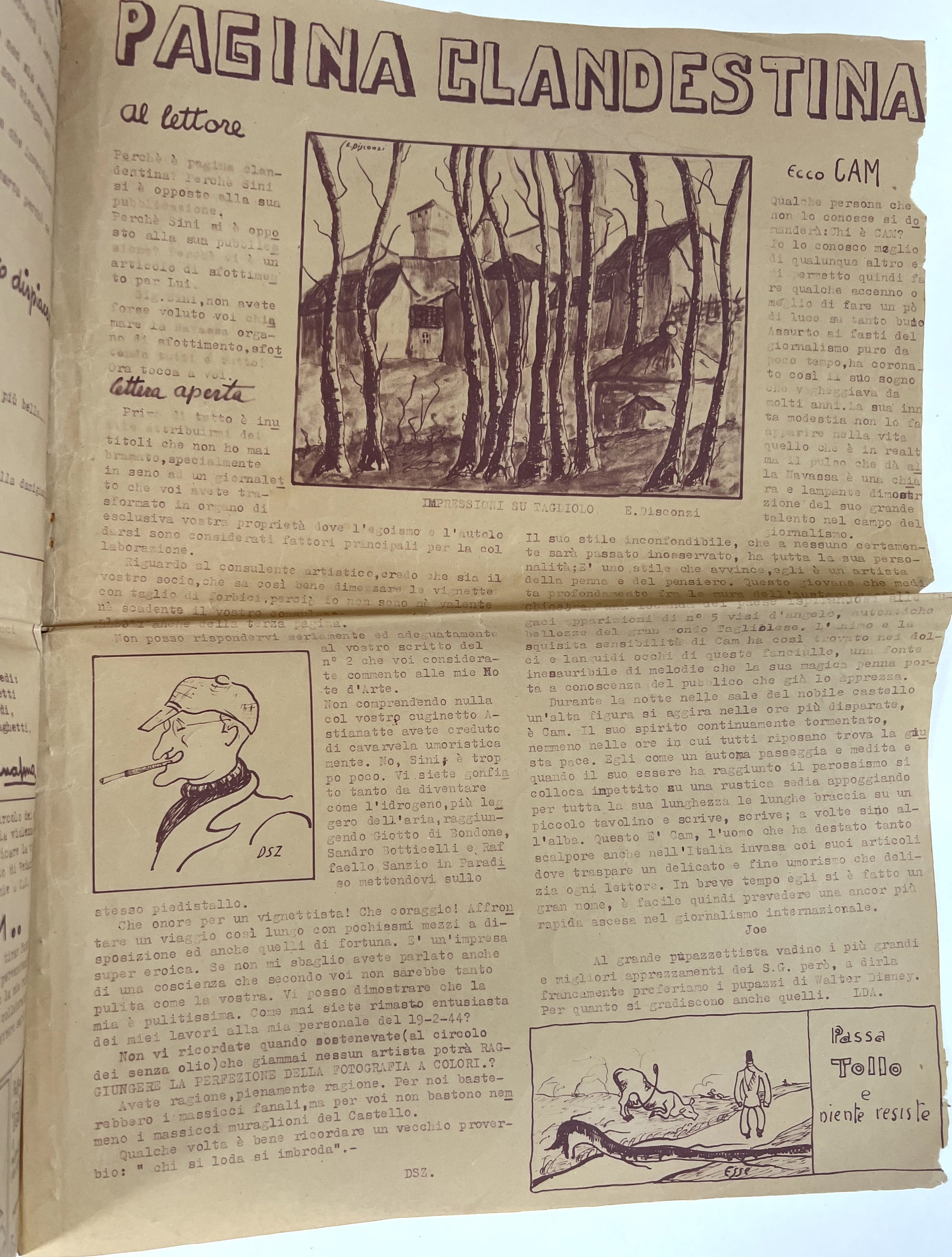 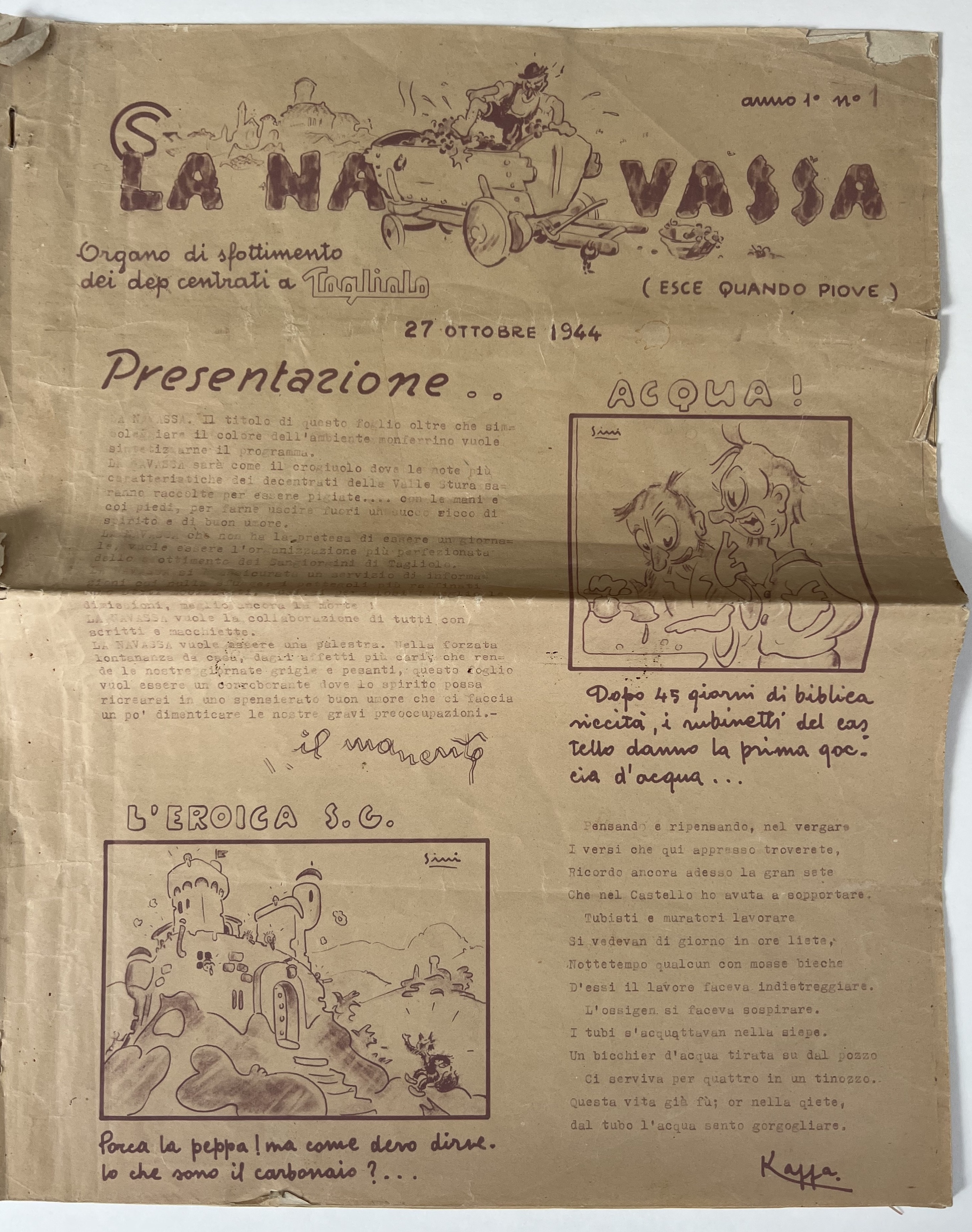 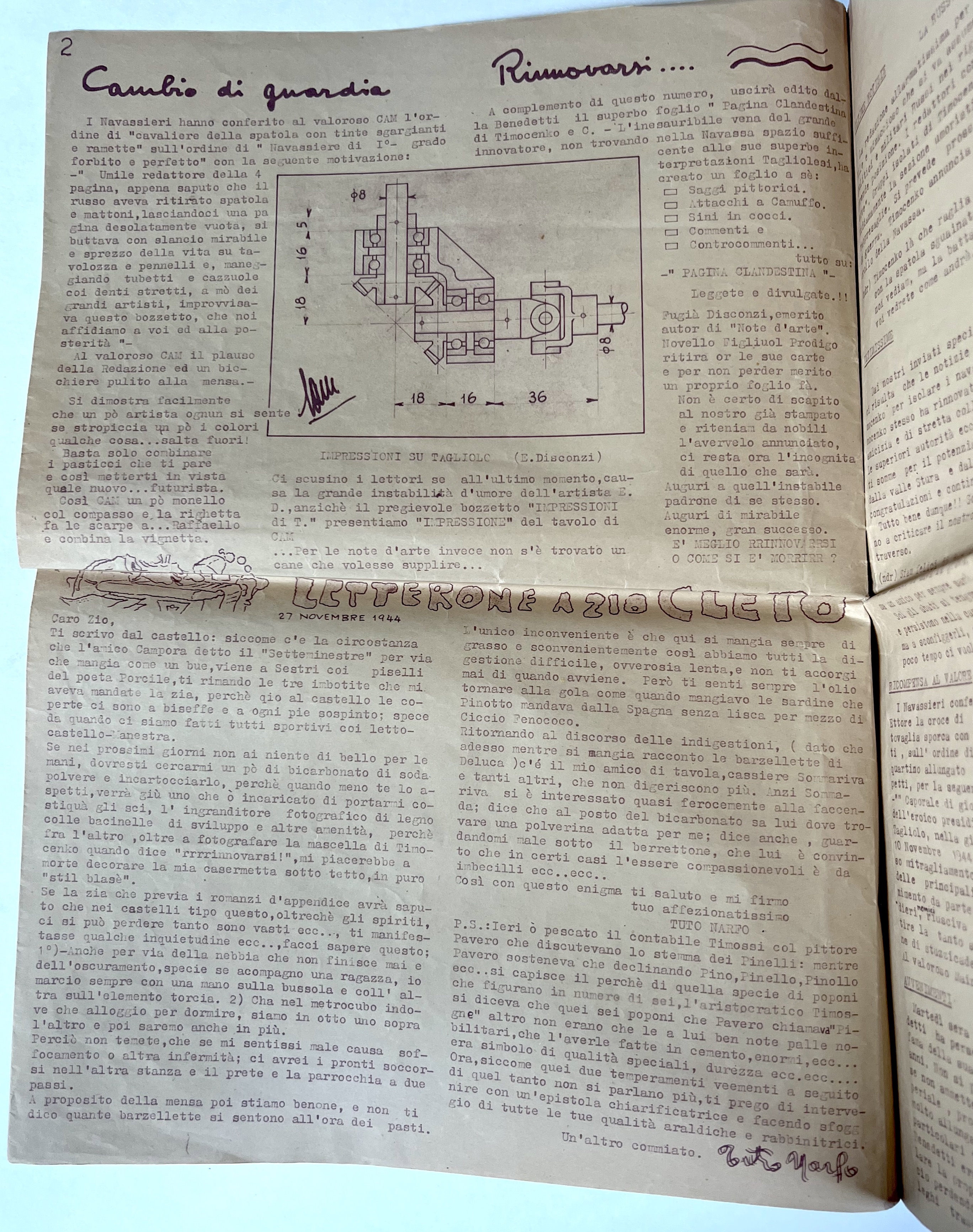 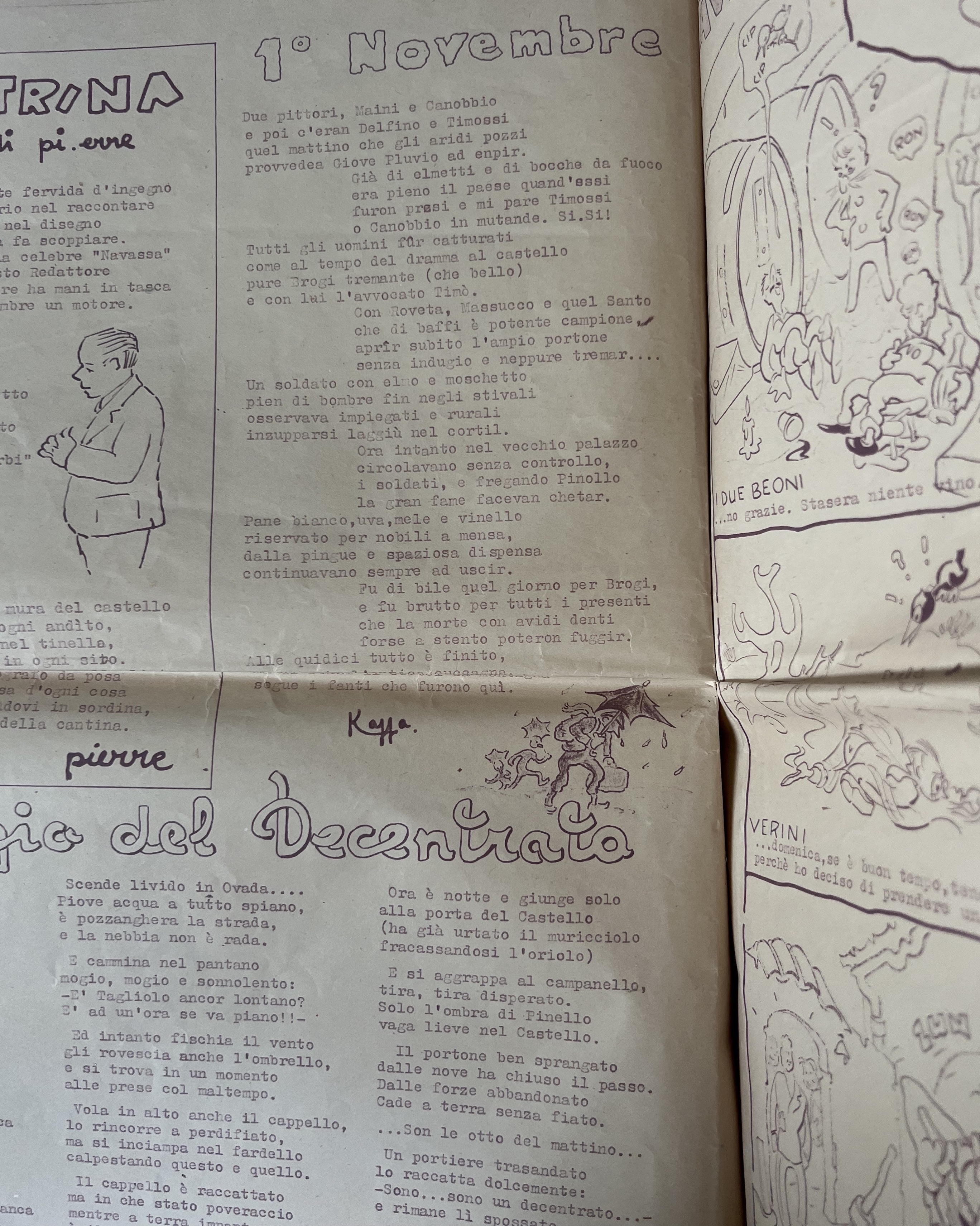 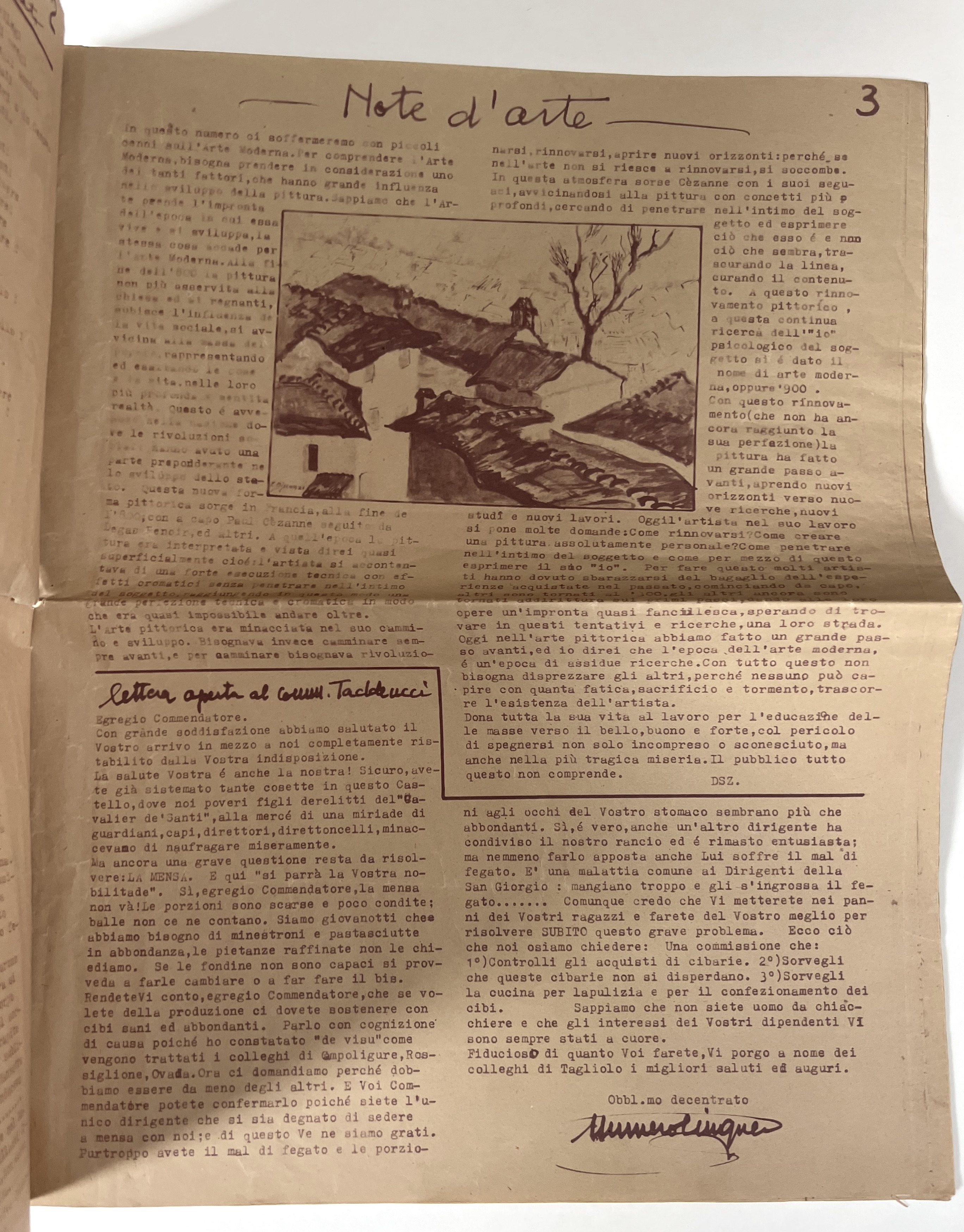 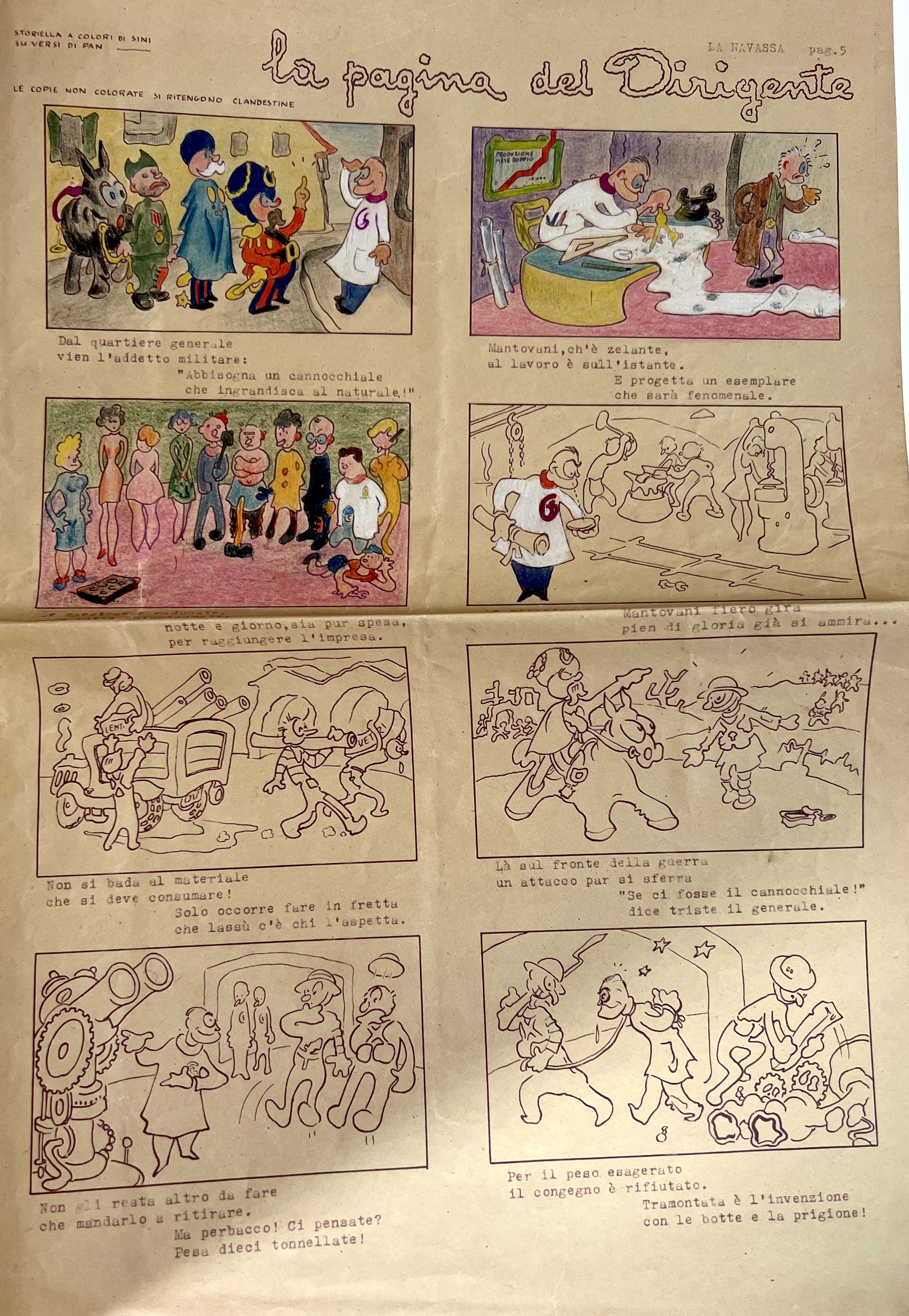