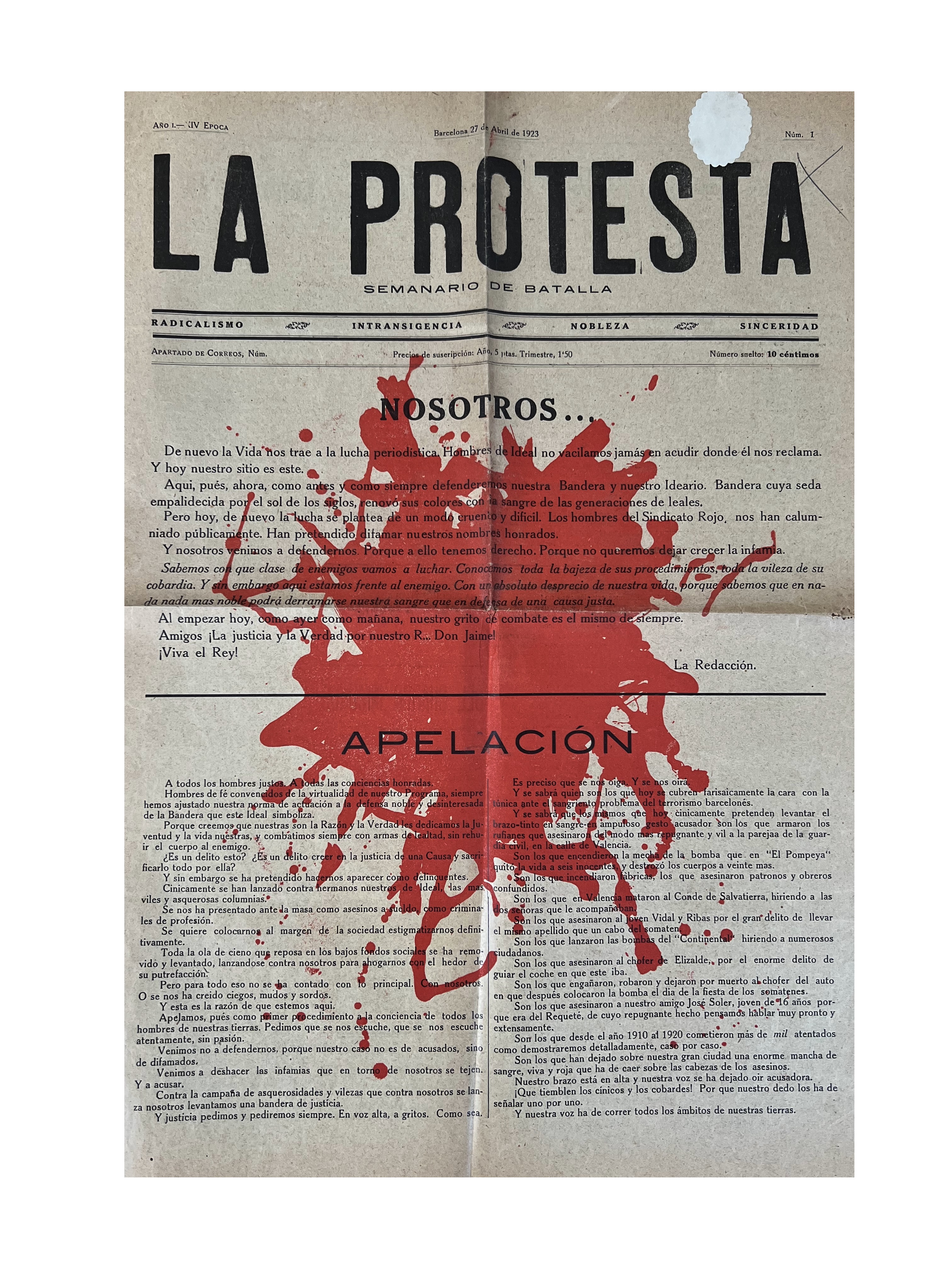 First issue of an irregularly published radical monarchist (Carlist) paper, issued during the political crisis that led to General Miguel Primo de Rivera’s coup and dictatorship. Prefigures the cooperation of the Carlists with the fascists against the Second Republic with expressions of outrage against Spanish losses in Morocco, Catalan separatism, and the enemies of the “Sindicato Rojo” (the anarcho-syndicalist CNT etc.). Satirizes the campaign of a Jewish politician, Frederico Schwartz, and includes a brief panel on Schopenhauer’s fatal pessimism (but support of monarchism?).

Bold graphic design from the far-right. No copies of any issues in North America.