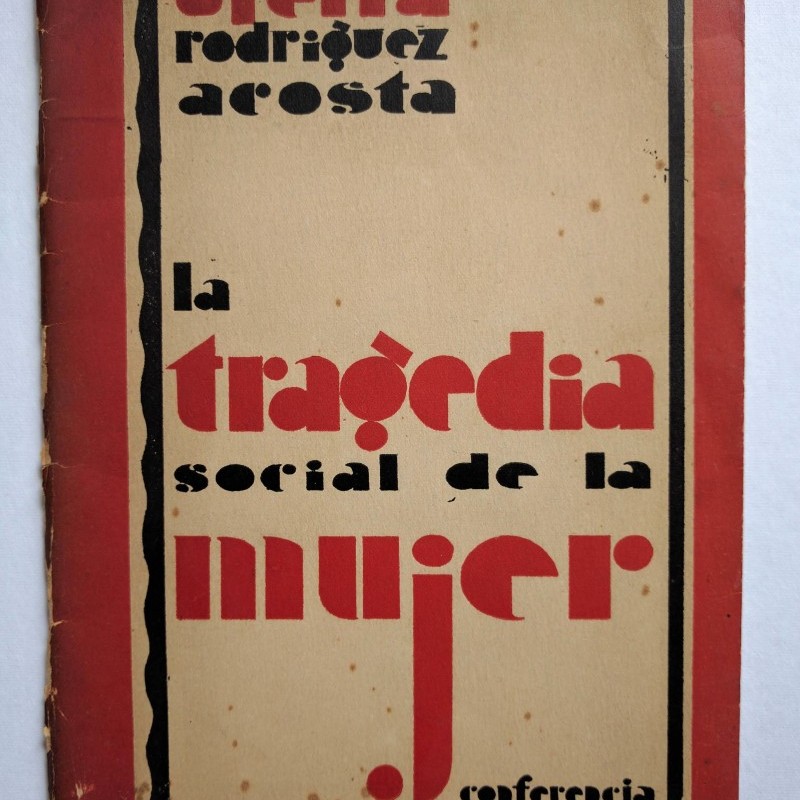 A rare, signed imprint by the novelist and journalist Ofelia Rodriguez, one of Cuba’s most influential feminists. The book reprints a lecture given at the Lyceum (an women’s cultural club in Havana) attacking A.W. Nemilov’s claims about the biological inferiority of women. She argues that the “tragedy” of women is their exploitation, not their biology. Rodriguez’s feminism was more radical than many of her peers: she was in favor of free love, reproductive freedom, and homosexual marriage; her novel La vida manda (1929) scandalized the public with its sympathetic and erotic depiction of lesbianism and she authored one of Cuba’s earliest progressive novels about homosexuality En la noche del mundo (1940). 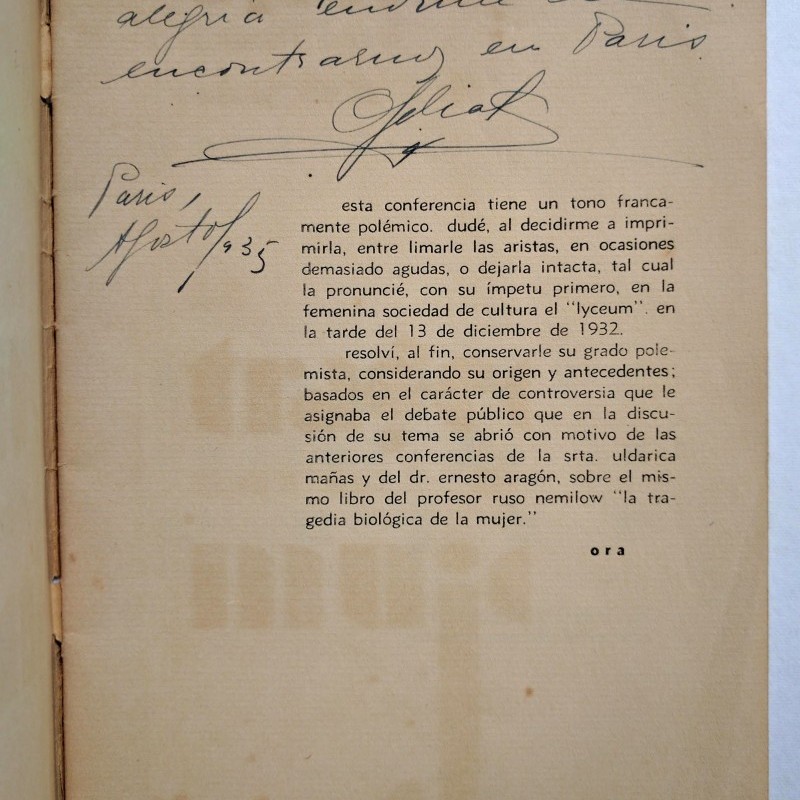 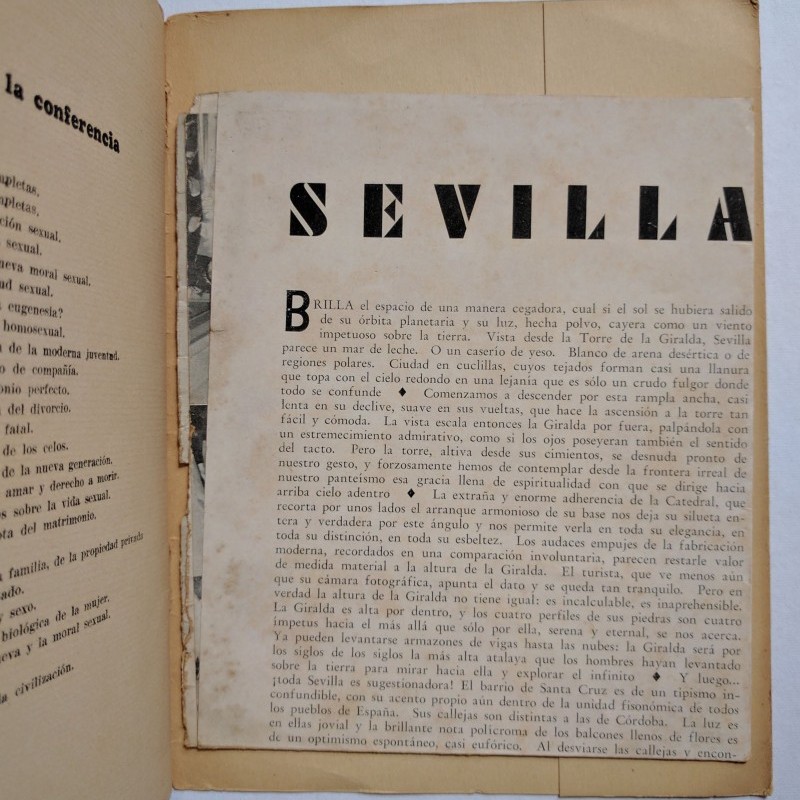