Preparatory Material for the Exhibition: Art, A Weapon for Total War 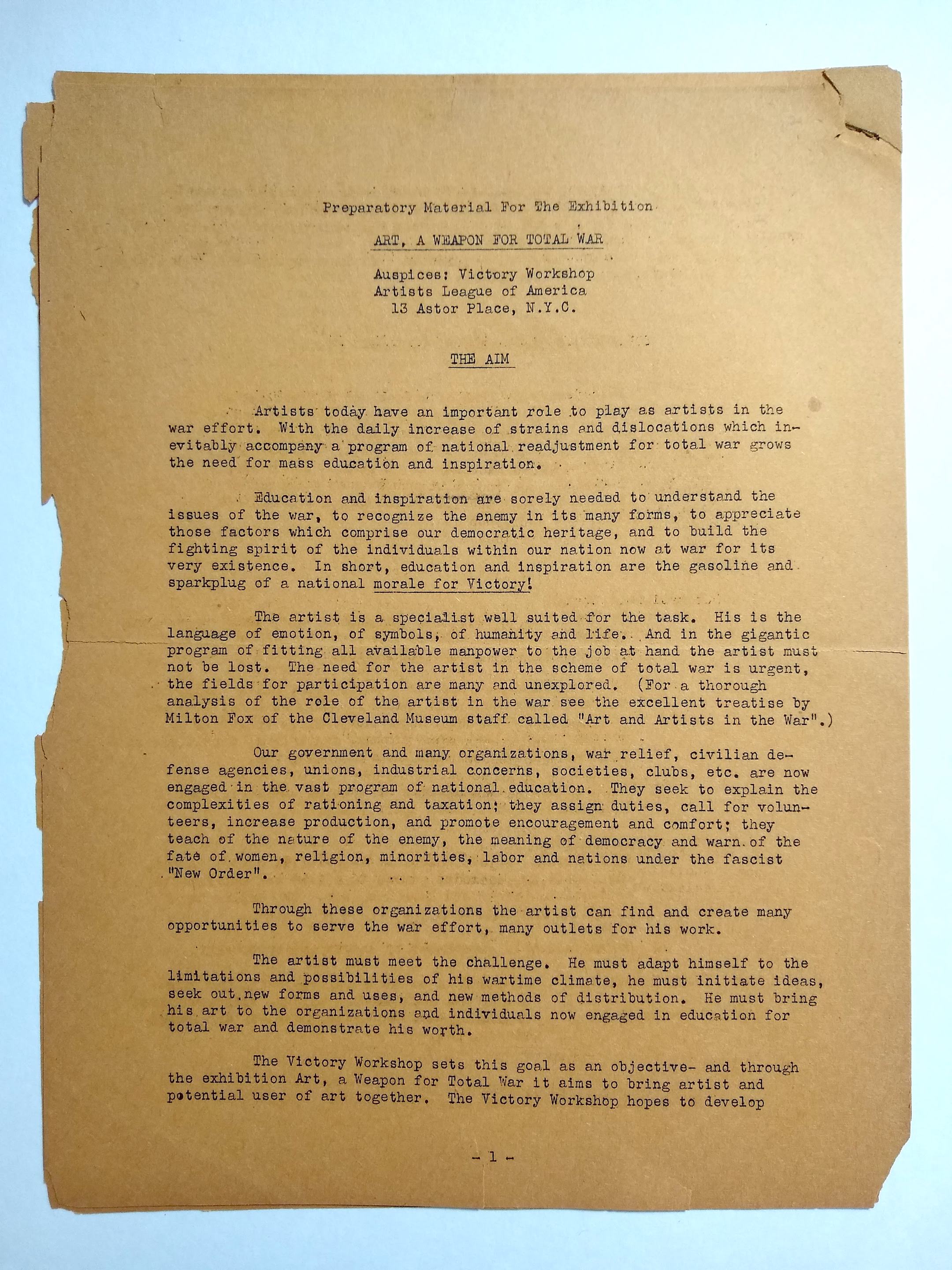 The present typescript outlines an otherwise unrecorded exhibition (unrealized?) titled “Art, A Weapon for Total War.” Its “aims, topics, subject-matter, media, and forms” are described in the strident language of popular front propaganda, proposing that the artist is “a specialist well suited for the task” of total war.

The Artists League of America (ALA) was one of several arts propaganda groups founded in 1942 when the US Communist Party’s popular front organization, The American Artists’ Congress (AAC), collapsed after the US entered WWII. Members of the AAC merged with the Artists Union to become the Artists League of America. The “Victory Workshop” was similar in nature to the better known Artists for Victory coalition which sponsored the national graphic exhibition “America in War.”

Suggestions are made for artist contributions in many media: painting (including murals and documentary painting), silkscreens, sculpture displays, floats, masks, puppets, window displays, comics, photography and stickers. Special attention given to the possible fate of “women, religion, minorities, labor” and “Negroes” under the fascist order.