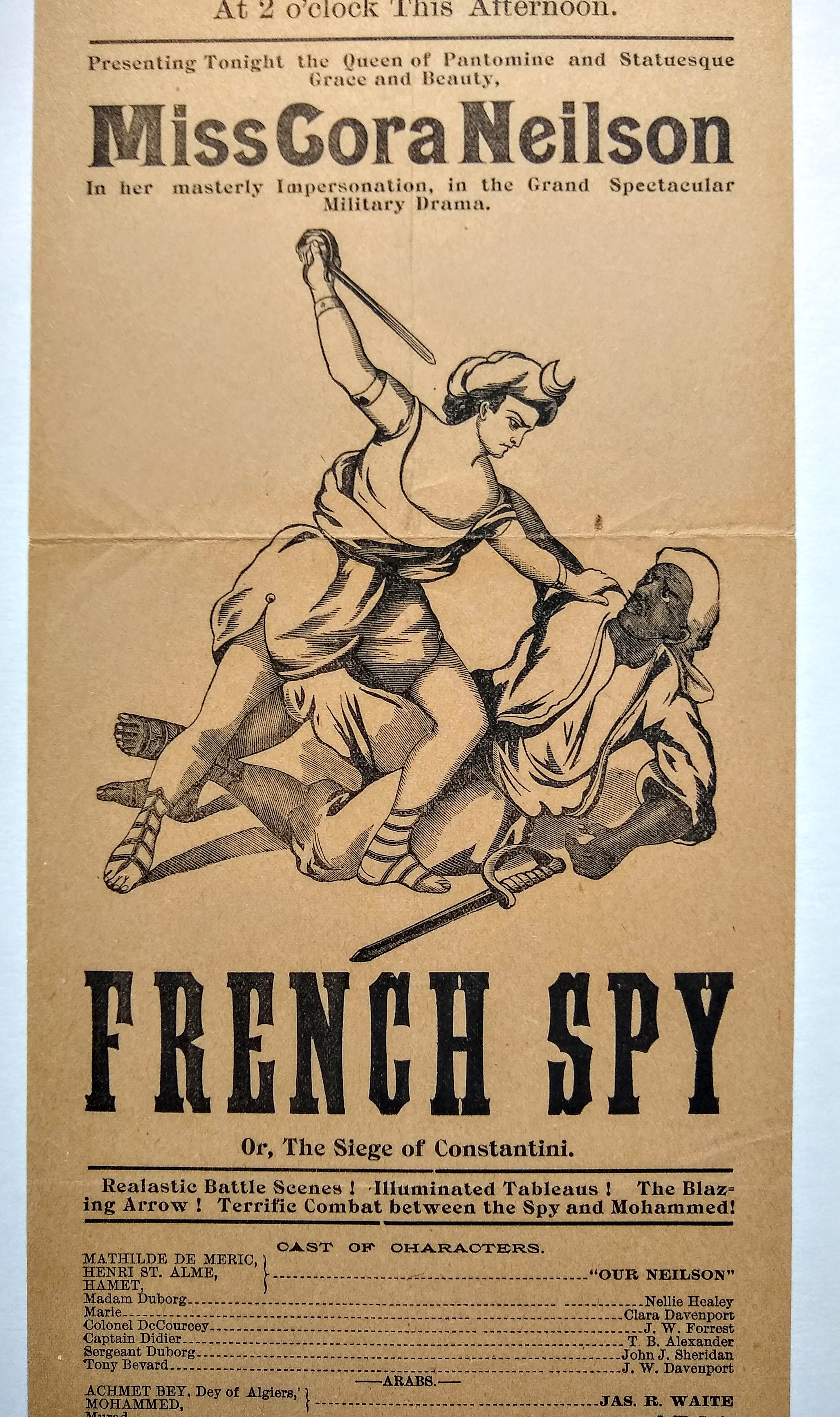 Featuring Cora Neilson in the cross-dressing, cross-ethnic, lead role of the colonial fantasy French Spy, by John Thomas Haines. Originated in London in 1831 by the famed French actress Madame Céleste, it was later popularized by Adah Isaacs Menken. The play follows the heroine Mathilde, disguised as both the mute French colonial soldier Henri and the “Arab boy” Hamet, as she attempts to rescue her father and the French army during the siege of “Constantini.” As Henri, Mathilde kisses a woman, has a “terrific broad-sword” fight with Mohammed, and outwits the Bey of Algiers to deliver the city to the French. The broadside illustrates the moment of combat between Mathilde/Henri and Mohammed, and highlights her gender reveal: “It is a woman.”

Related ads and reviews for the same tour in Arkansas, Ohio, and New Jersey allow us to offer a likely date of 1888.

No copies in WorldCat or the trade as of August 2019.