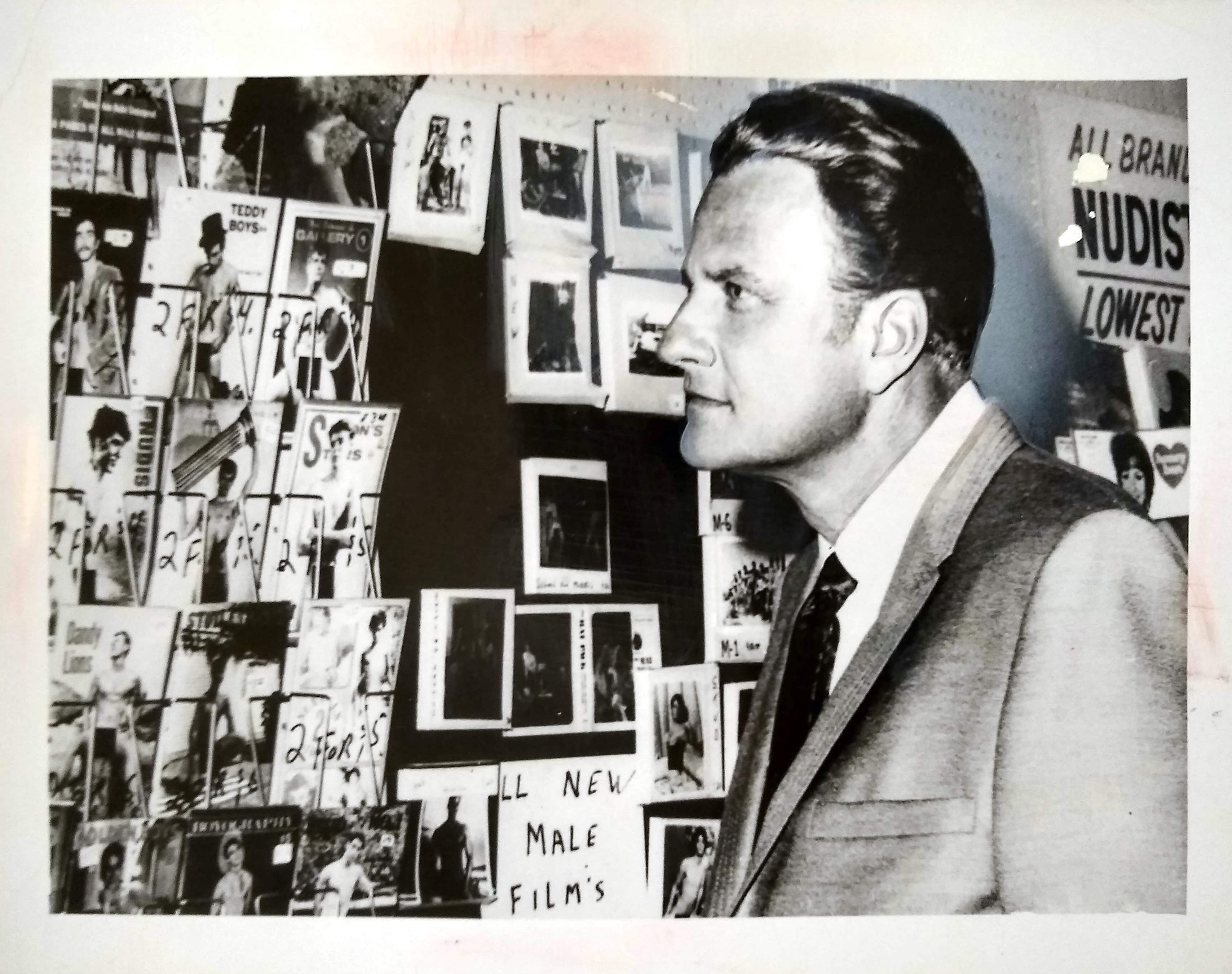 Vintage print of an image of the famous preacher during one of his New York City campaigns, probably his first, in 1957. During his 16-week crusade at Madison Square Garden, Graham did a publicity tour in Times Square that included a stop at one of the area’s infamous sex shops. Here he gazes intently at a bookrack of seemingly gay magazines, next to the “all new male films” section.