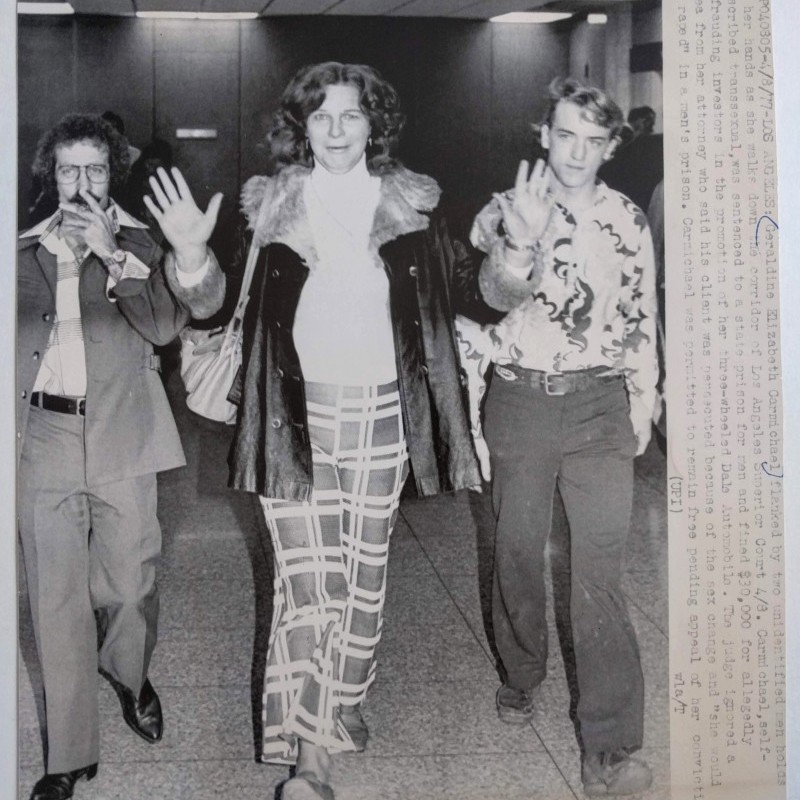 Geraldine “Liz” Carmichael, aka Jerry Dean Michael, founded the Twentieth Century Motor Corporation to produce three-wheeled, futuristic high-efficiency cars. She defrauded investors of more than $3 million dollars before the authorities revealed her history of criminal behavior and shut down the company. This photograph is taken from her trial and the caption reveals the sensationalist news coverage of her trans identity in which her financial and gender “cons” are conflated.