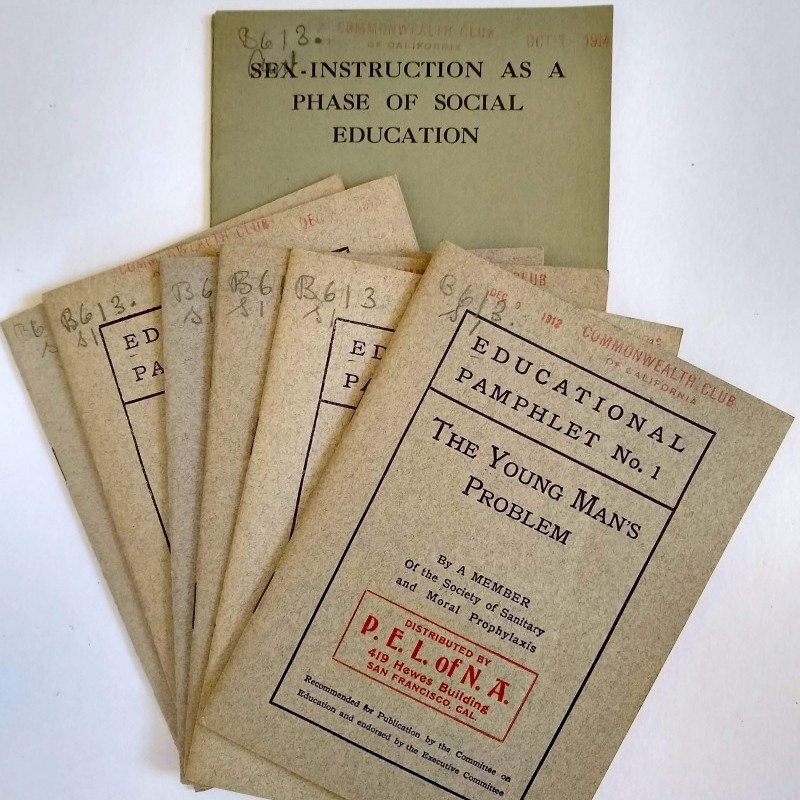 (Sexual Health) (Education) A collection of 11 educational pamphlets published by the Society of Sanitary and Moral Prophylaxis and The American Federation for Sex Hygiene, 1911-1914. Together with a nearly complete run of Journal of Social Diseases, 1911-1915.

A comprehensive and rare collection of early sex instruction and social hygiene materials from the the first social hygiene association in the United States. In 1905, New York dermatologist Prince Morrow founded The Society of Sanitary and Moral Prophylaxis, it later changed its name to The American Federation for Sex Hygiene, and eventually joined with sister organizations in other states to form the American Social Hygiene Association. Seizing on the momentum of the growing public health movement, Morrow is recognized as an early and key proponent of sex instruction (sex hygiene) in schools. Believing that most parents were not qualified to provide medical and scientific instruction, Morrow’s organization sought to introduce modern, secular sex hygiene into public education through professional text-books, literature, and lectures.

Although some of the society’s arguments were based on contemporary scientific sexism and racism, Morrow believed medical misinformation and the sexual double-standard against women were dangerous impediments to understanding and prevention. This led the Society to hold men equally accountable for social diseases. Healthy sexual function required eliminating the demand for prostitution and pornography, not just the prostitute or pornographer.

By WWI, Morrow’s medical sex instruction movement had been joined to, and subsumed by, the moral purity movement, creating a new national sexual health agenda that partnered private associations and community groups with the US military and punitive federal policy. The partnership between ASHA (which was led by Charles Eliot, president-emeritus of Harvard, and counted Jane Addams and Julius Rosenwald among its board) and the US government led to policies that continued to stigmatize women (and incarcerate them). In one infamous example, El Paso made it a felony to infect someone with a venereal disease in 1918.

Physical copies of these early sexual health materials are rare in Worldcat and the market. 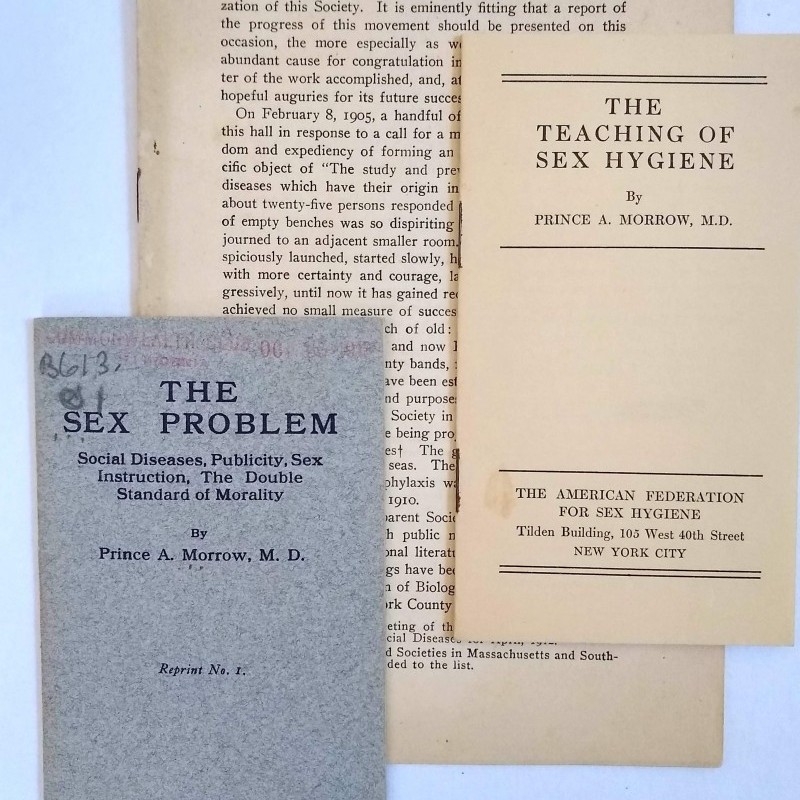 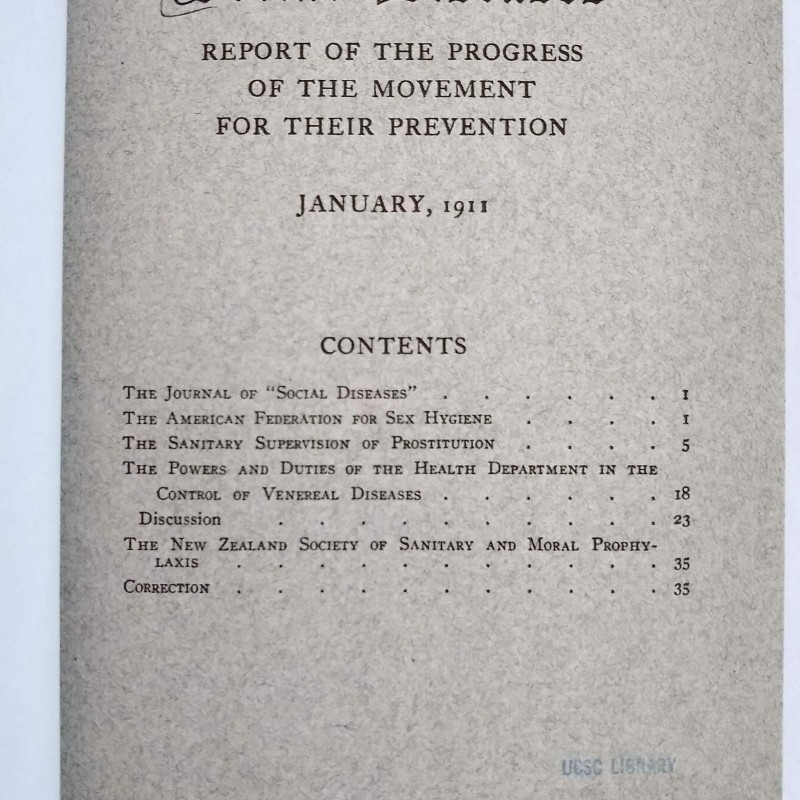 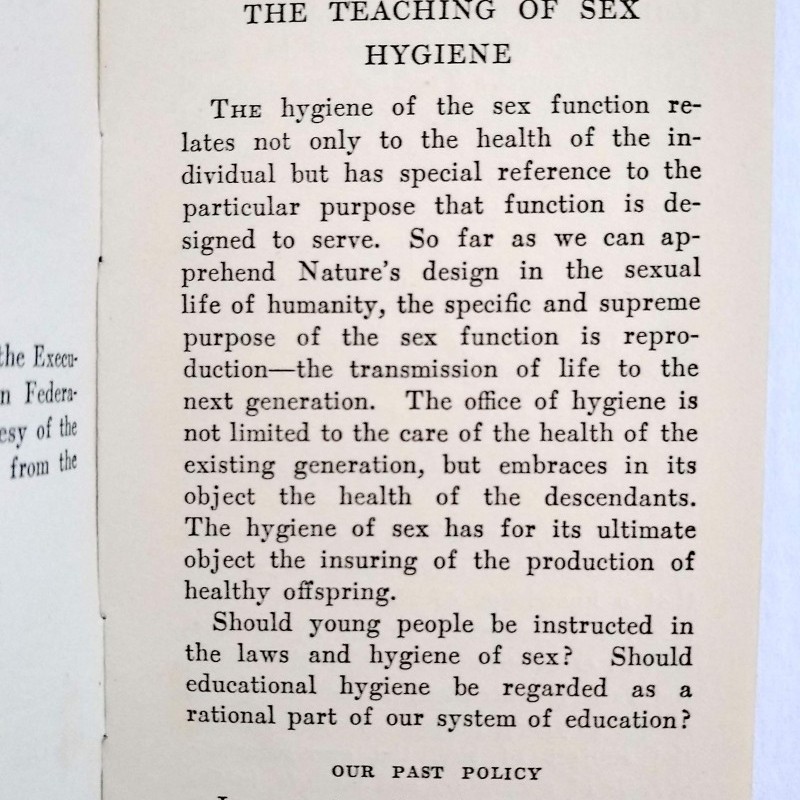