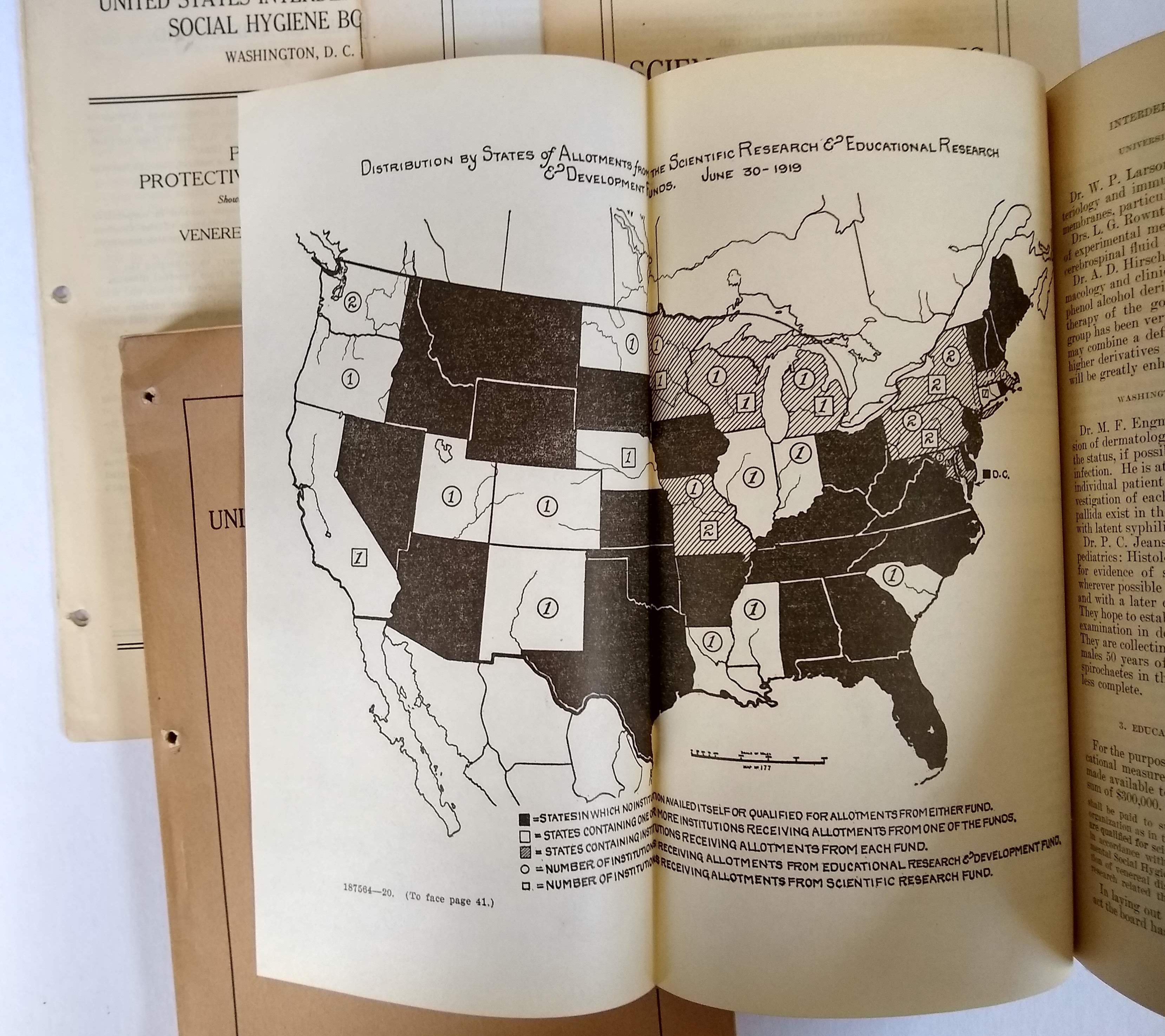 Scarce documentation of the federal effort to coordinate research and prevention against social disease, within the armed forces and through federal funding to the States. Together a rich document of federal operations and organization in relation to private and state-funded efforts. Including “a study of the records of six thousand delinquent women …” Titles all from 1920, including:

Scientific Researches (January 1920); Program of Protective Social Measures Showing a Type of Federal aid available to States in connection with Venereal Disease Control (February 1920); Scientific Researches: Second Announcement. Section I, Section II (April 1920); Manual for the Various Agents of the United States Interdepartmental Social Hygiene Board with appendices containing the federal law creating the Board, amendments thereto, regulations regarding funds administered by this Board, financial statements, a study of the records of six thousand delinquent women [...]; and Report of the United States Interdepartmental Social Hygiene Board for the fiscal year ending June 30, 1920.

Our research indicates most with only scattered US institutional physical holdings, despite labyrinthine OCLC records indicating otherwise. 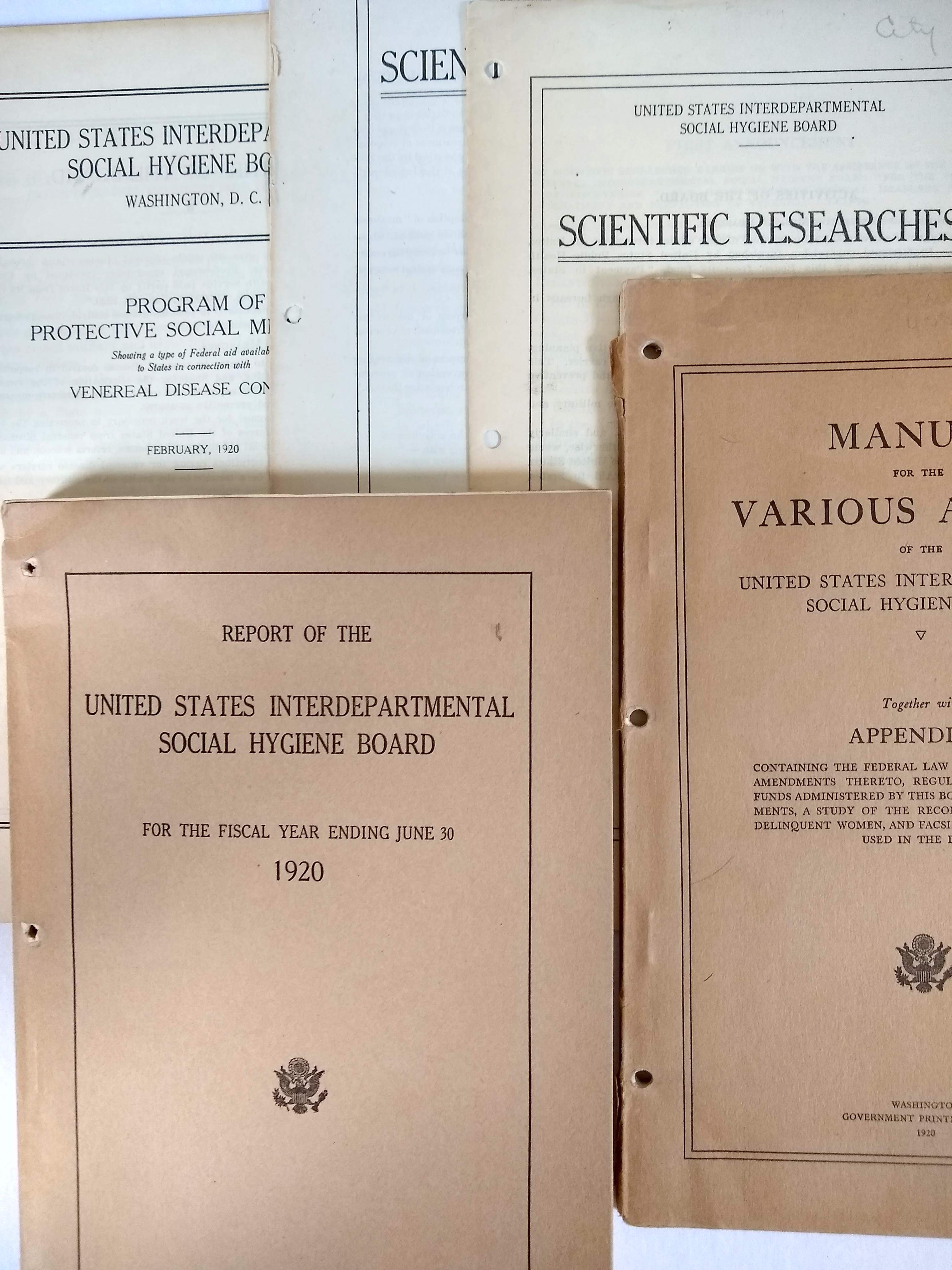 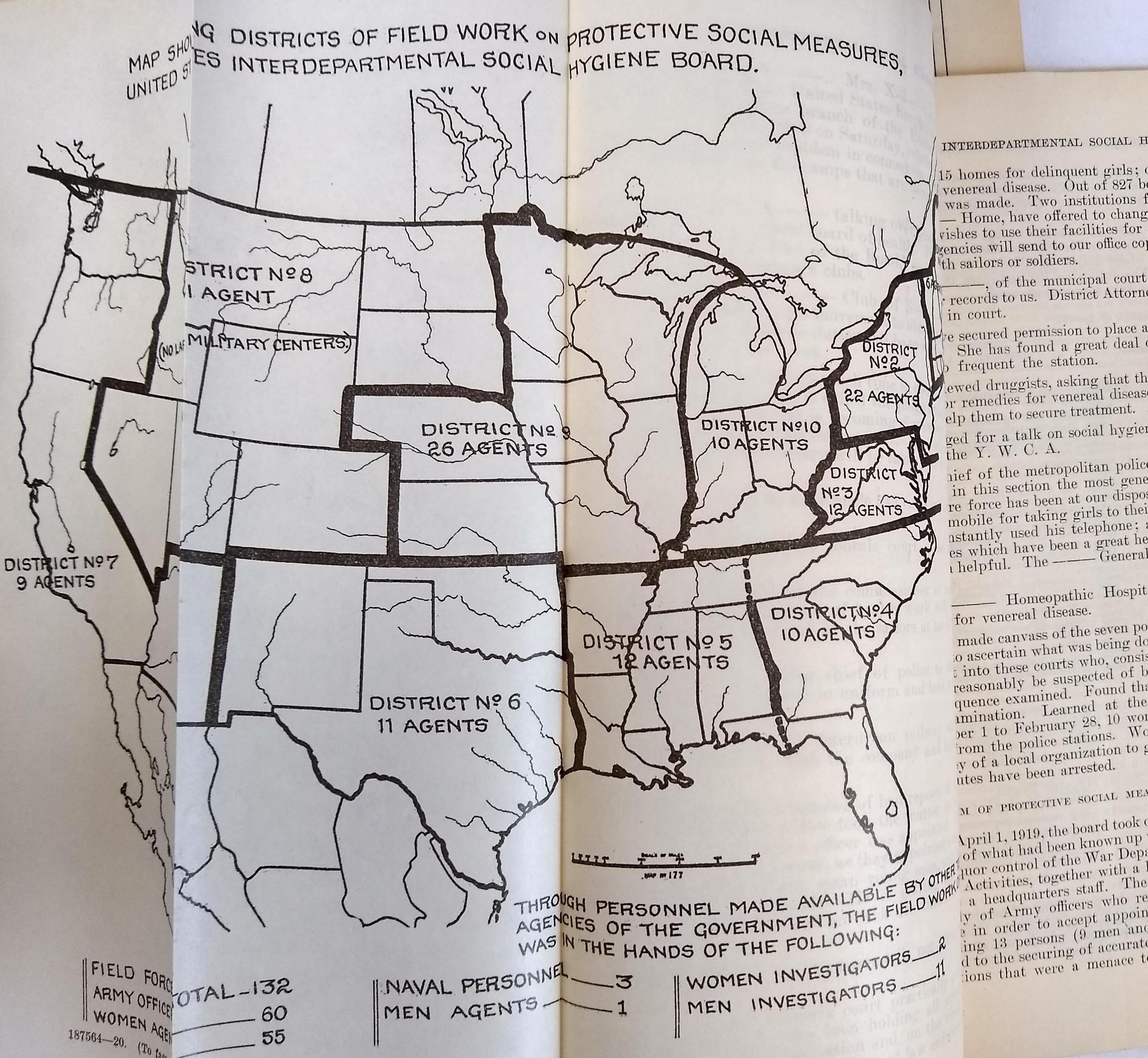