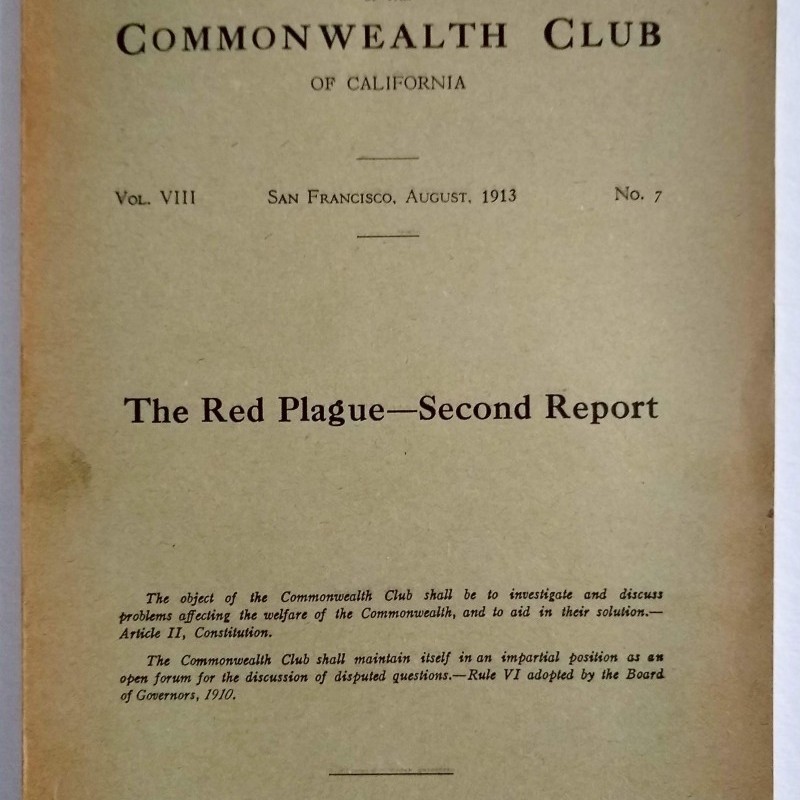 The first issue documents the groundbreaking proceedings of a “sane, healthful” public discussion of sex hygiene in prostitution to undo a “conspiracy of silence” on this means of spreading venereal disease. Following this first conference, the Club’s committee made recommendations to the state Board of Health, but hesitated on one controversial recommendation regarding whether or not “registration and compulsory examination” of prostitutes could result in diminished venereal disease. The second issue provides a number of opinionated analyses of the results of such a program from 1911-1912 at a municipal clinic in San Francisco, the only one of its kind in the US. These later reports offer conflicting opinions on state-sanctioned health care for prostitutes and its effects on the health of the general population, including the innocent women and children who are victims of men’s immorality. Impassioned arguments for and against legalized prostitution.

The only physical holdings definitively recorded in OCLC outside of California are at Harvard Law.