Bamber Gascoigne writes that the anaglyptograph was invented in the 1820s as a “fanciful extension of the ruling machine.” It was used primarily to copy or “convert” bas-relief surfaces (mostly medals or coins) into printed lines. The anaglyptograph, also known as a numismatic engraver in France, required a needle to be passed over the medal’s surface; an anaglyptographer generally worked with a plaster mold of the original object. The British version was often called a Bate’s machine, after its patentholder. The 8th edition of the Encyclopaedia Brittanica mentions that when Mr. Bate died, the art was taken up by Mr. Stokes, “who carried the invention to such excellence as to produce copies from entire statues.”

With so much scholarship about 19th-century reproductive technologies and the relationship between science and art, the possibility of a machine that converted sculpture to data would neatly prefigure the 21st-century 3D digital scan. And indeed, Samuel Stokes of Monkwell Street was granted a patent “for engraving from solid bodies” in 1847; his device was called Stoke’s Patent Engraving Machine.

Contemporary descriptions of its mechanics in The Art Journal (1848) and the Literary Gazette and Journal of the Belles Lettres, Arts, Sciences, etc. (1848) permit us to speculate that the machine in this drawing is the Stokes Machine (and not either the anaglyptograph or a sculptor’s pointing machine). Further, both publications mention Stokes engraving of the Laocoön; the Literary Gazette calls it “remarkable for [its] fidelity and for the perfection of the perspective effect, which we should scarcely have thought capable of being produced by any mechanical instrument.”

Although there seems to be little discussion of the Stokes machine after 1850 (excepting the Encylopaedia Brittanica reference), a plaster cast of the Laocoön was included in the Crystal Palace sculpture court in 1851. It is possible, therefore, that this picture depicts a Stokes machine at the Great Exhibition. The section of the work depicting the Laocoön may be printed, meaning this drawing may incorporate a print made by the Stokes machine.

We are unable to confirm a single extant example of a Stokes engraving; though it is entirely possible that such a print would be miscatalogued as an anaglyptograph. Why didn’t a machine capable of accurately—i.e. mechanically—reproducing three-dimensional objects in two-dimensions catch on? Undoubtedly, the nascent technology of photography, also on display at the Great Exhibition, had something to do with it. 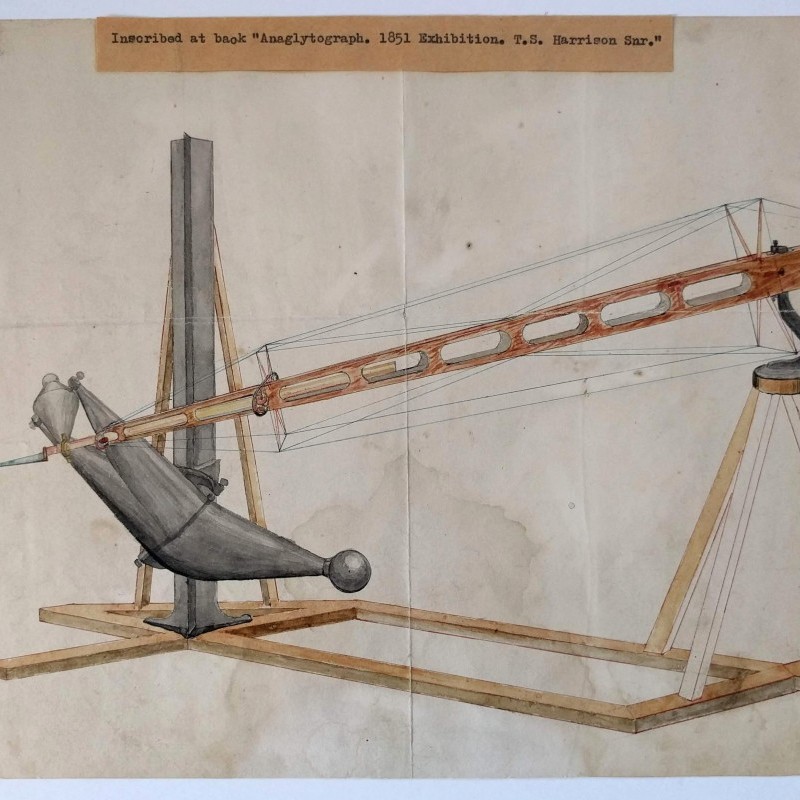 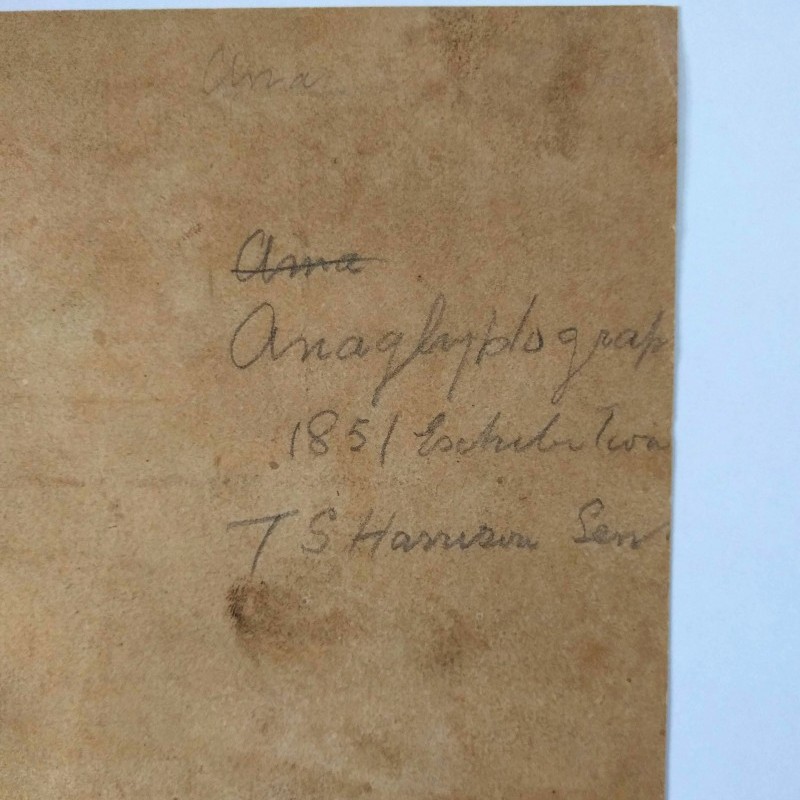