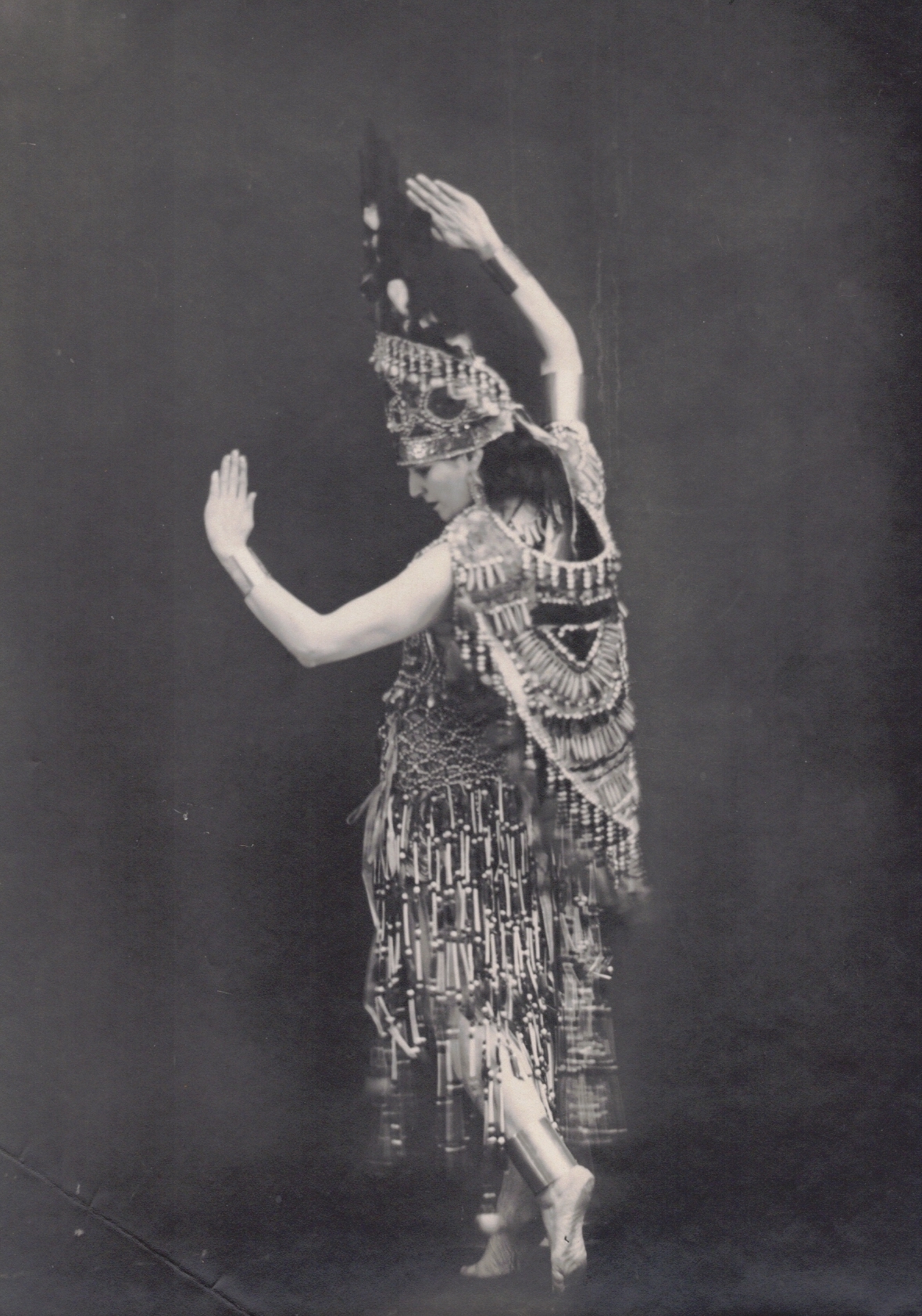 Though the Spanish-born, British-raised early modern dancer Tórtola Valencia (1882-1955) is rarely discussed in English-language histories, in the 1910s and 1920s “[she] was considered one of the outstanding solo dancers of the period.” Contemporary reviews embraced Tórtola as an innovator with favorable comparisons to Isadora Duncan and Maud Allan. Scholars have speculated that she is often forgotten because her career flourished primarily in Latin America (her third tour there lasted five years). Her well documented engagement with indigenous cultures in Chile, El Salvador, Mexico, and Peru included the study of ceramics, textiles, and music, which were incorporated into her choreography and sets. As a queer woman, the sensuality of her performances and a lifestyle of “occultism” and vegetarianism brought her additional scrutiny later in life, in fascist Spain after 1938.

This group of documents explores various aspects of her identity and self-presentation, which was famously multicultural and adaptive: “In her twenty-two year career, from 1908 to her abrupt retirement in 1930, she ceaselessly toured the main theaters of Europe, North America, and Latin America.[...] In the places where she performed, poets and painters were routinely encouraged by local governments to produce artworks commemorating her visit [...] Moreover, Tórtola herself was a collector as well as a dancer, which makes her a crucial figure for thinking about the circulation of culture in the modernist period via artists on tour; what she collected were artifacts, costumes, cultural ideas, and clippings, and through performances that built on those collections, she offered an image of dance’s struggle to engage with other contemporary cultures and their prehistories.”

One of her most unlikely achievements was the premiere, in 1925, of an Incan Warrior Dance in Lima, during the “Fiesta de la Raza.” Based on the story of the “last” Incan king, Huayna Capac, and set to Incan flute music, the performance received “rapturous reviews, an article in El Comercio (September 19, 1925) stands out with [its] emphasis on the dancer’s capacity to connect different cultures [...] ‘[W]hy should it be a surprise that her soul should also have opened itself to that of our glorious Inca race?’ [...]Tórtola’s publicity photograph for the event would continue to circulate—as the planned frontispiece for an English-language book on Inca civilization that was never published, and far more importantly, as the centerpiece in Peru’s exhibition at the 1929 Panamerican Exhibition in Seville.”

Tórtola carefully constructed her own legend, claiming to be the daughter of an Andalusian gypsy, as well as the barefoot inspiration for Nicaraguan poet Rubén Dario’s ”La bailarina de los pies desnudos.” During her retirement in Franco’s Spain, her sexuality required another fiction: she adopted her longtime companion, Ángeles Magret-Vilá, who became her heir.

As a ceaseless creator of her own public image, Tórtola was known to hand color her publicity photos and draw ideas for her costumes and sets. She also designed ex-libris for her friends. This group features three examples of photographs hand colored by Tórtola and signed in dedication to a friend, with an accompanying letter written by Margret-Vilá. It also includes a rare example of the studio photographs Tórtola made in Lima to commemorate “La danza incaica guerrera.” The scarce prints are the only surviving documentation of this important work and its pioneering visual palimpsest of Incan identity and music in dance. 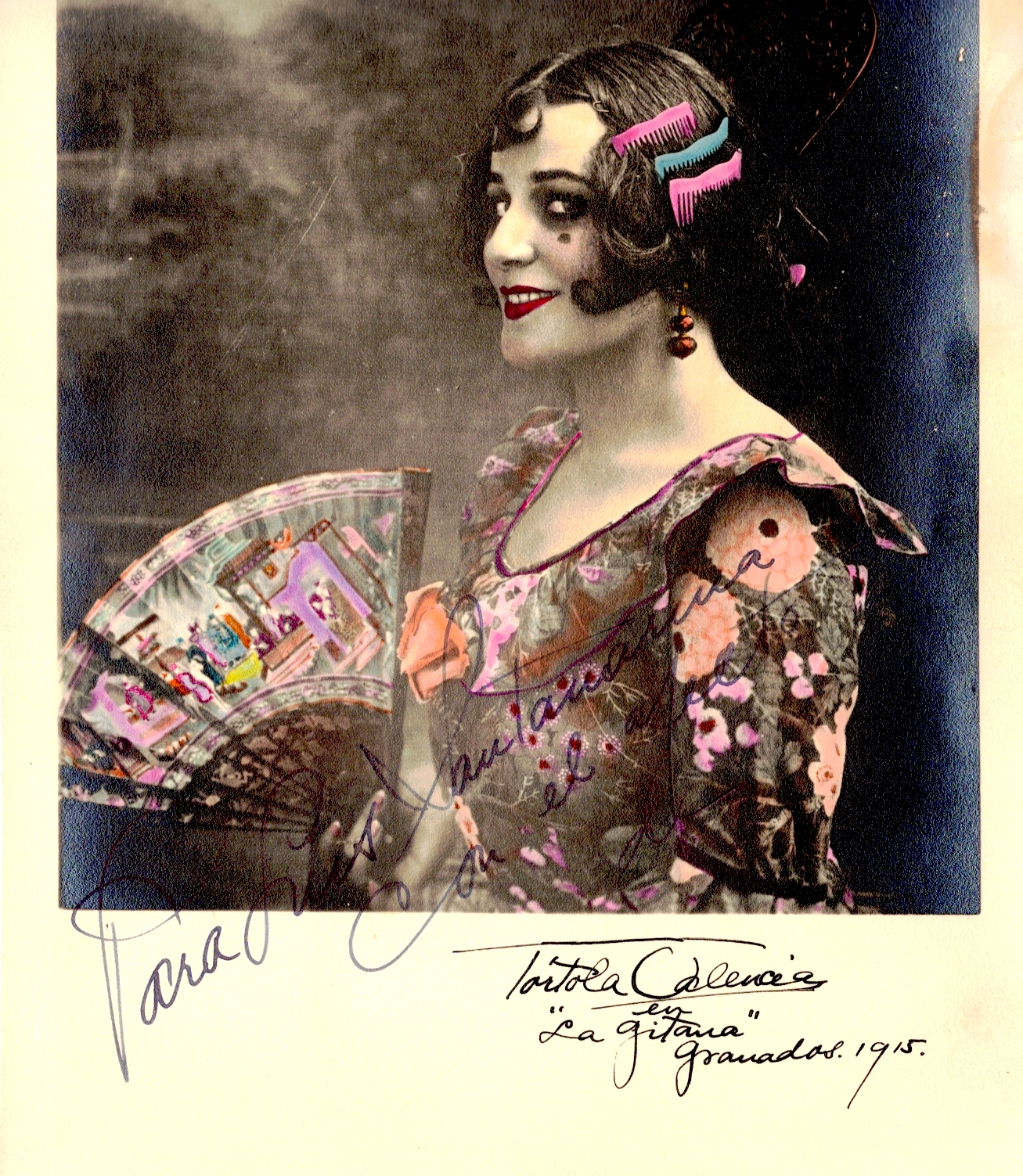 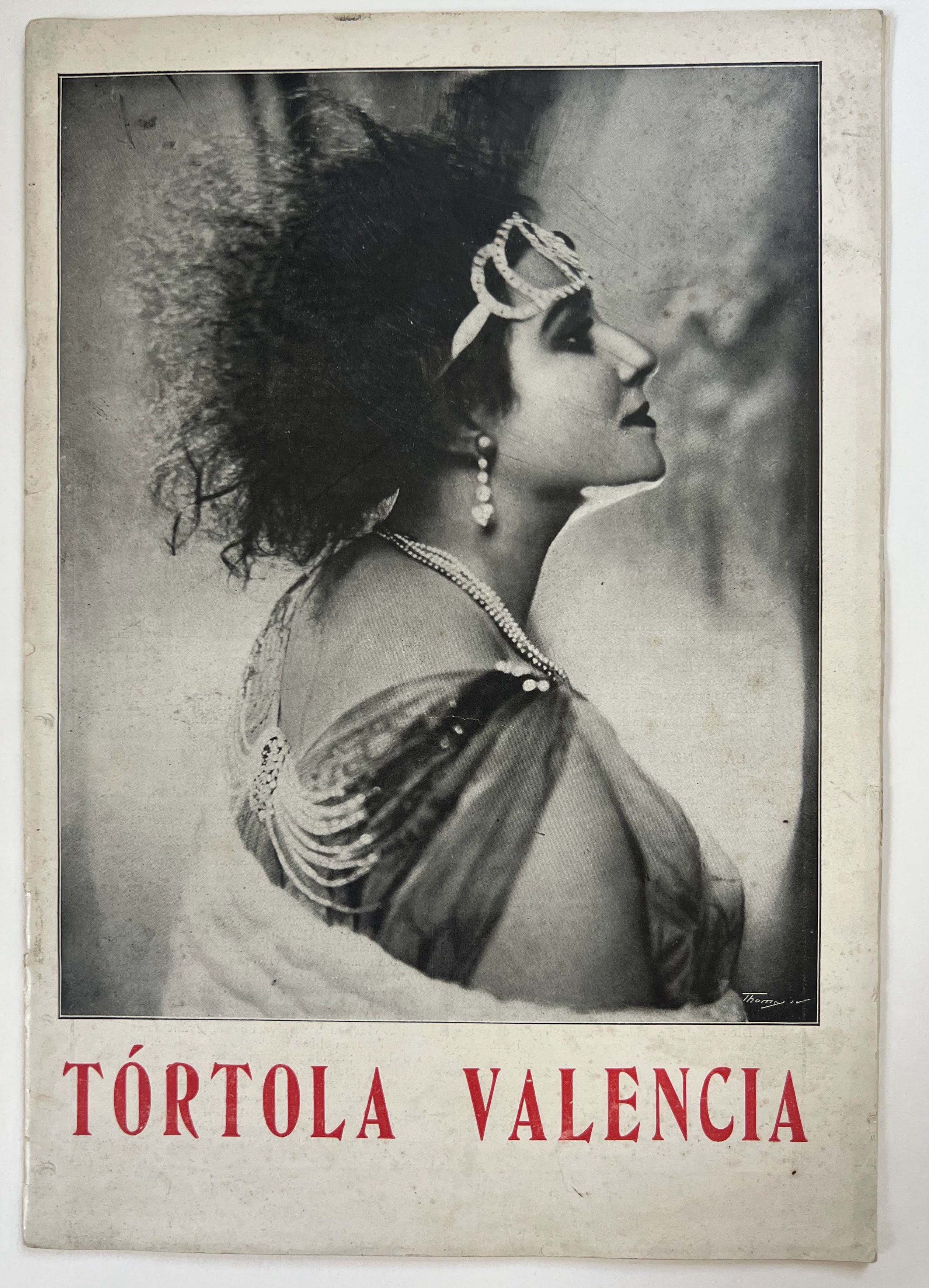 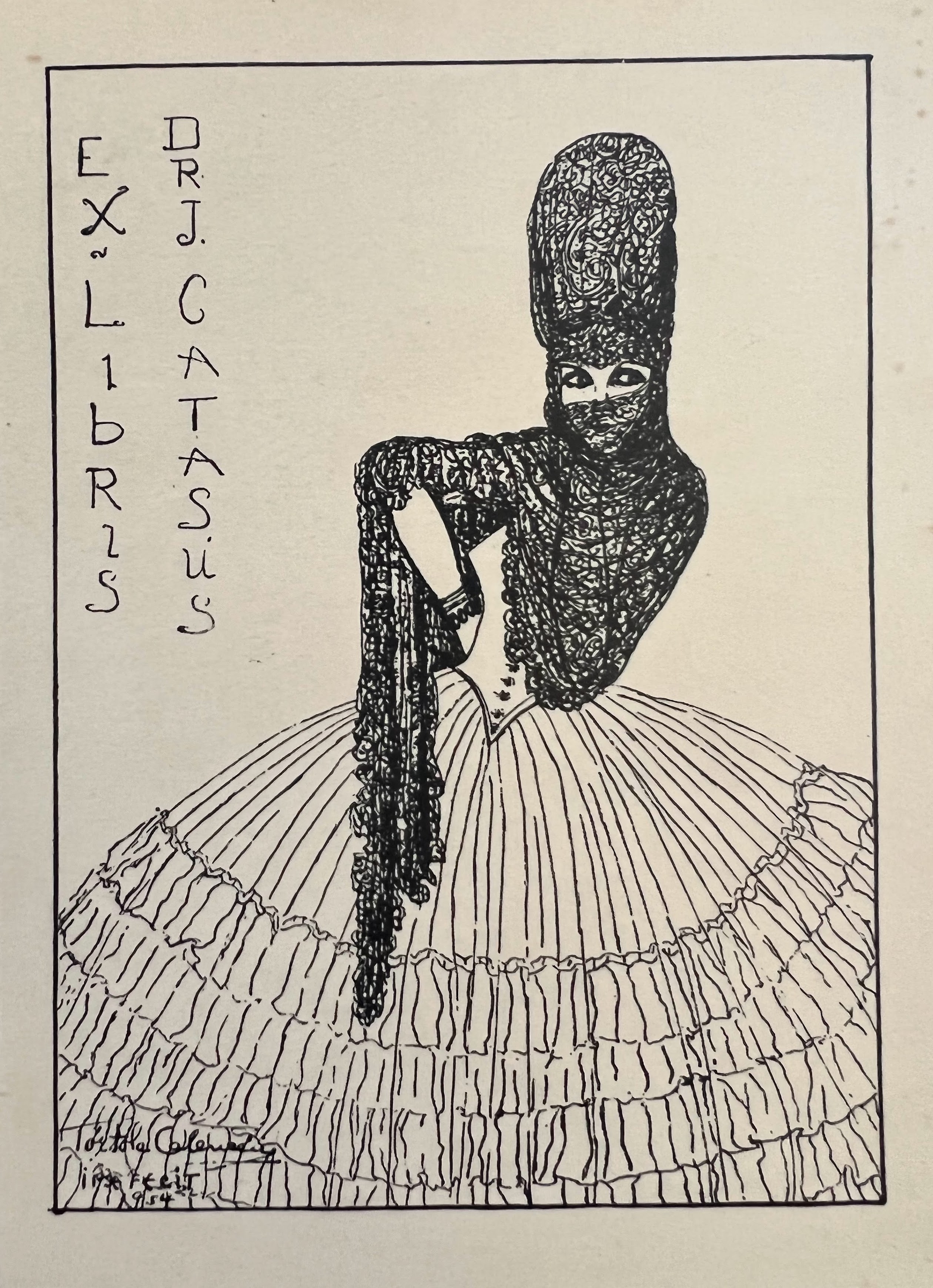 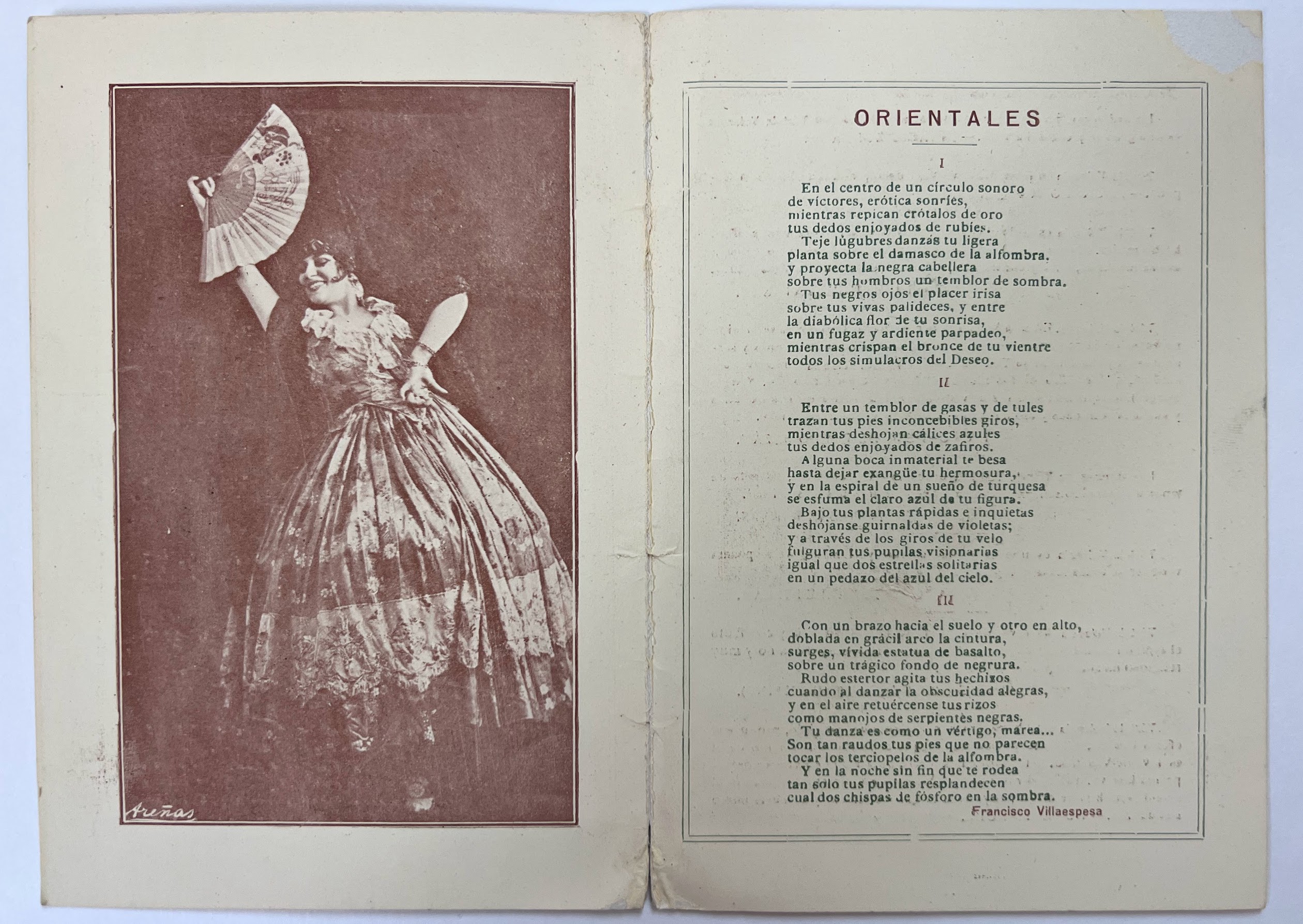 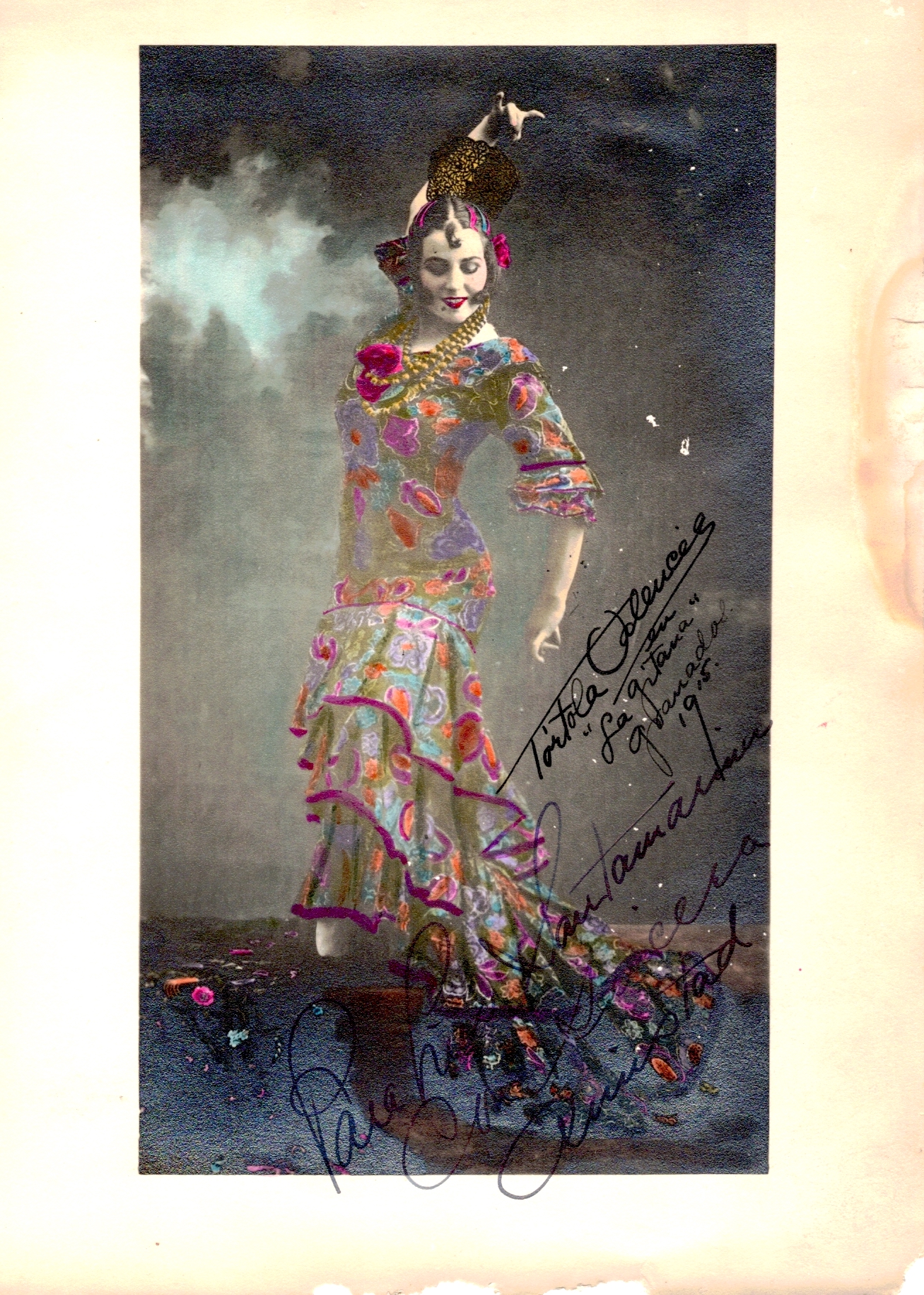 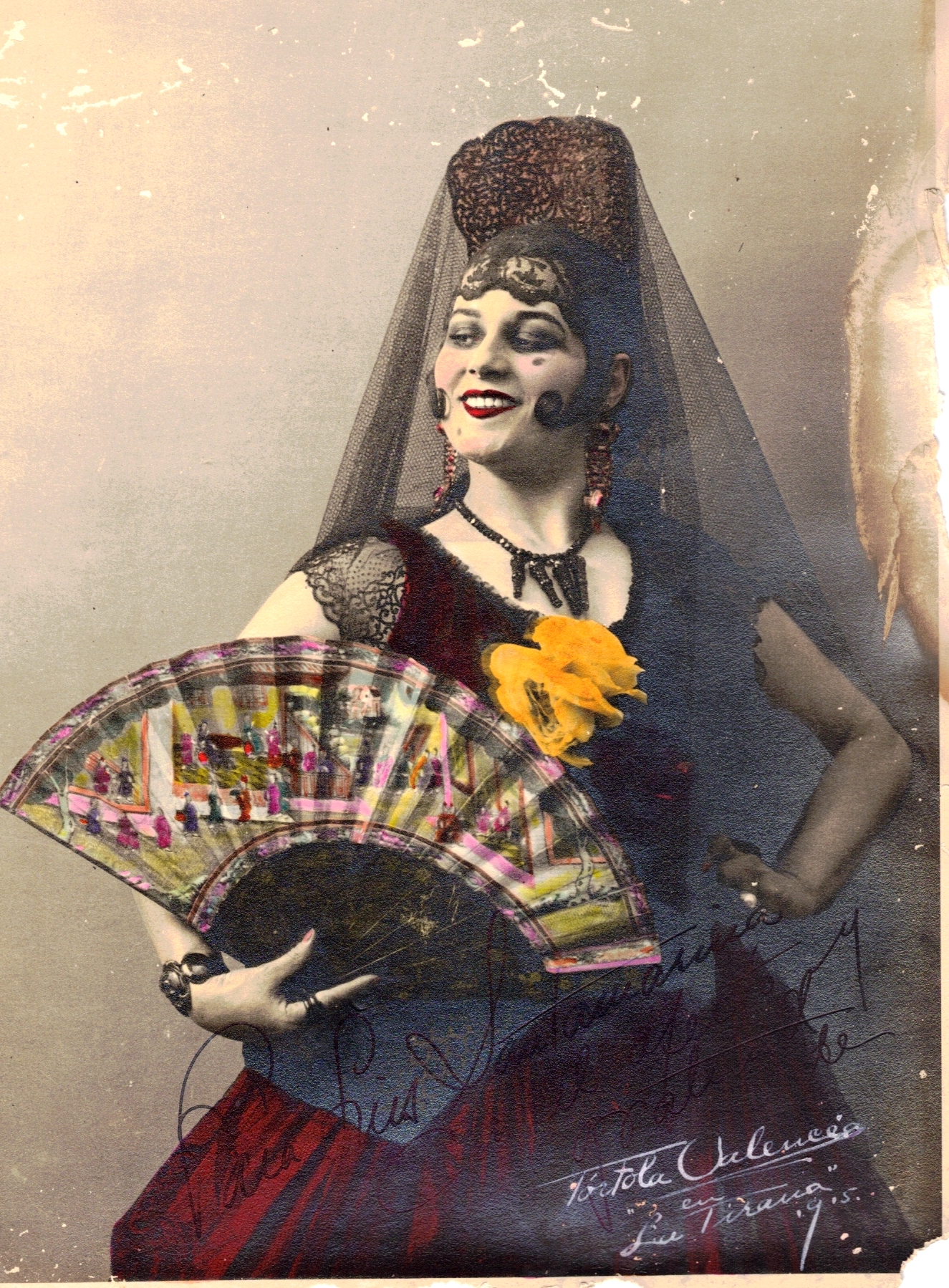 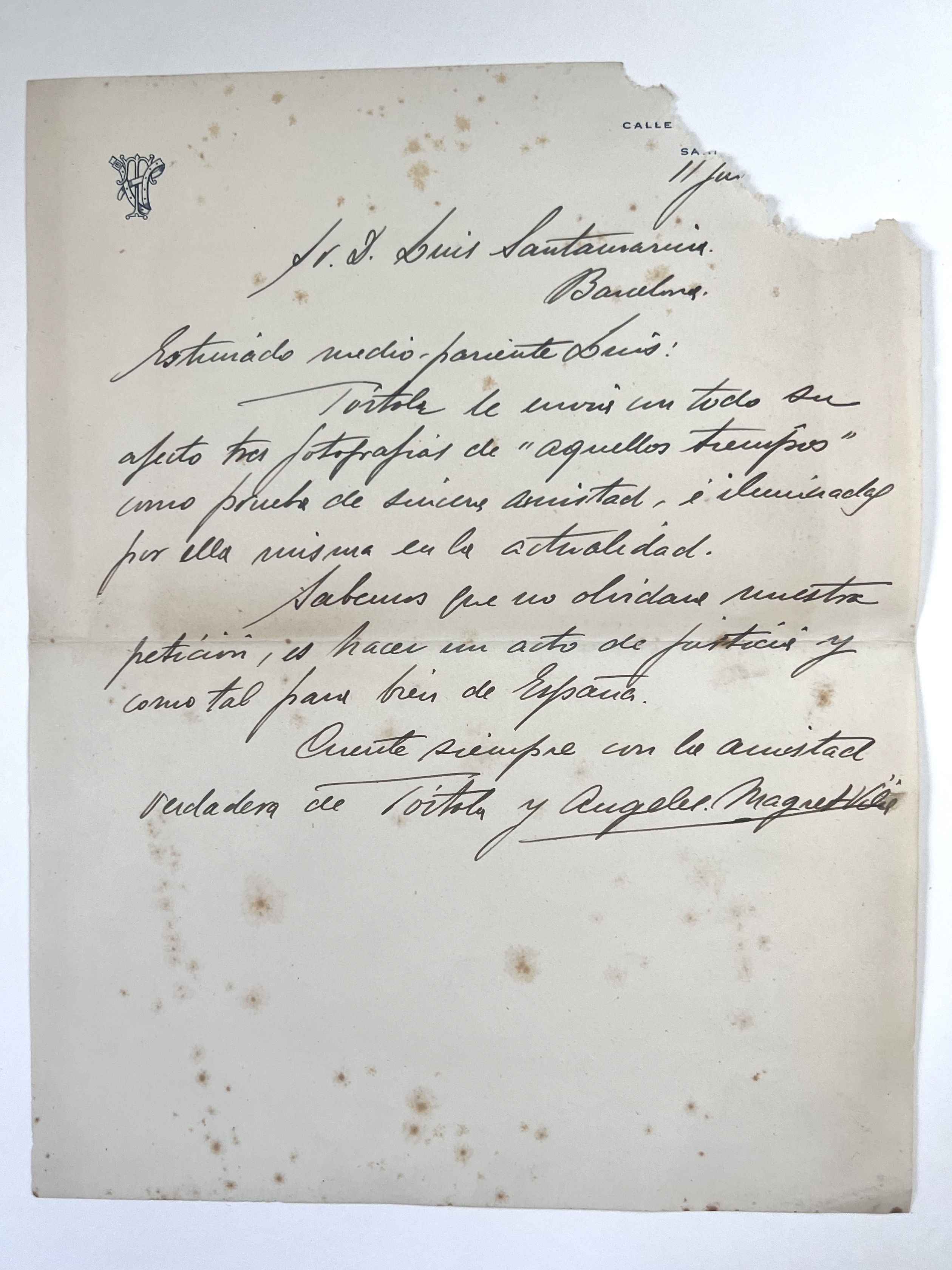 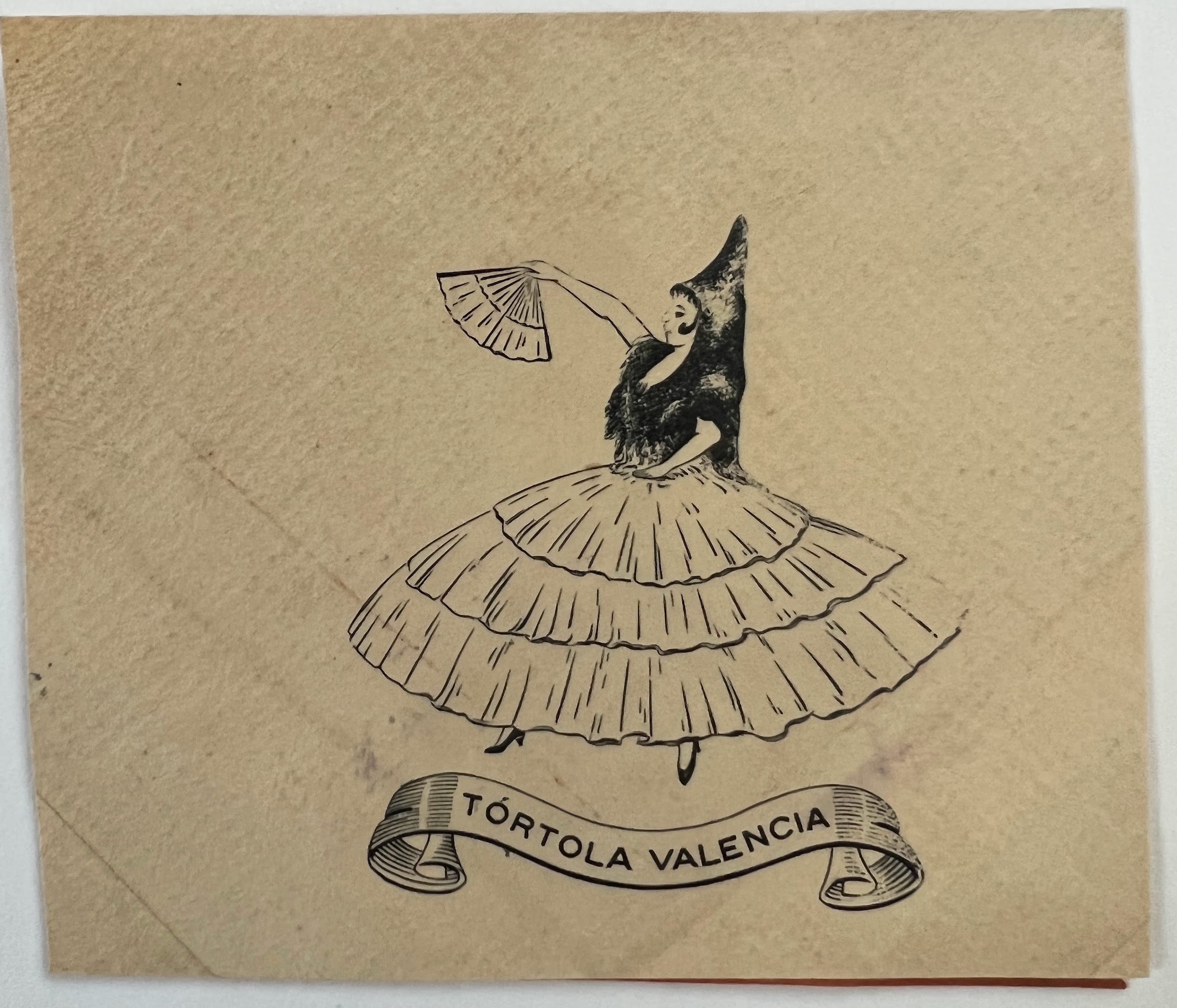 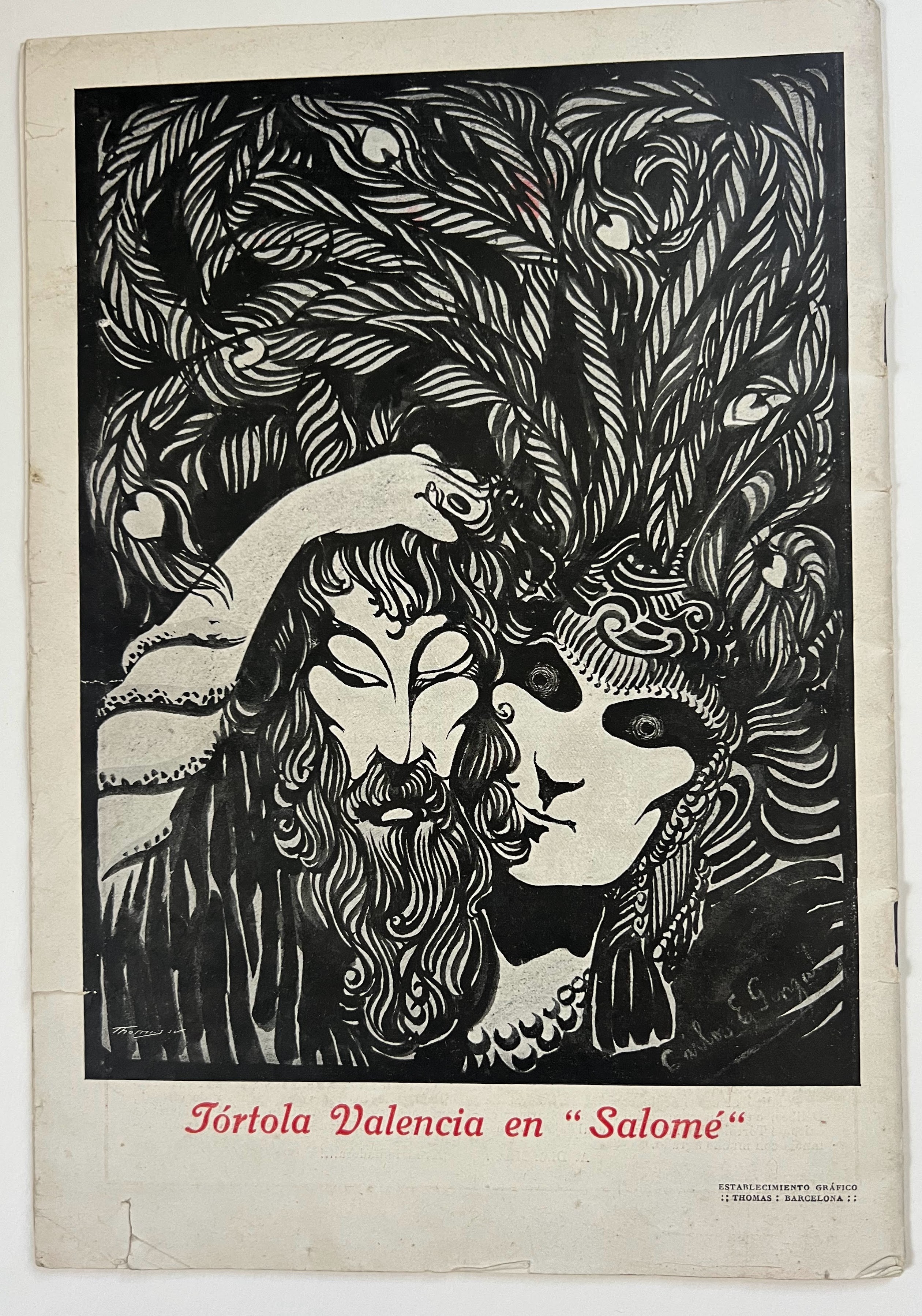 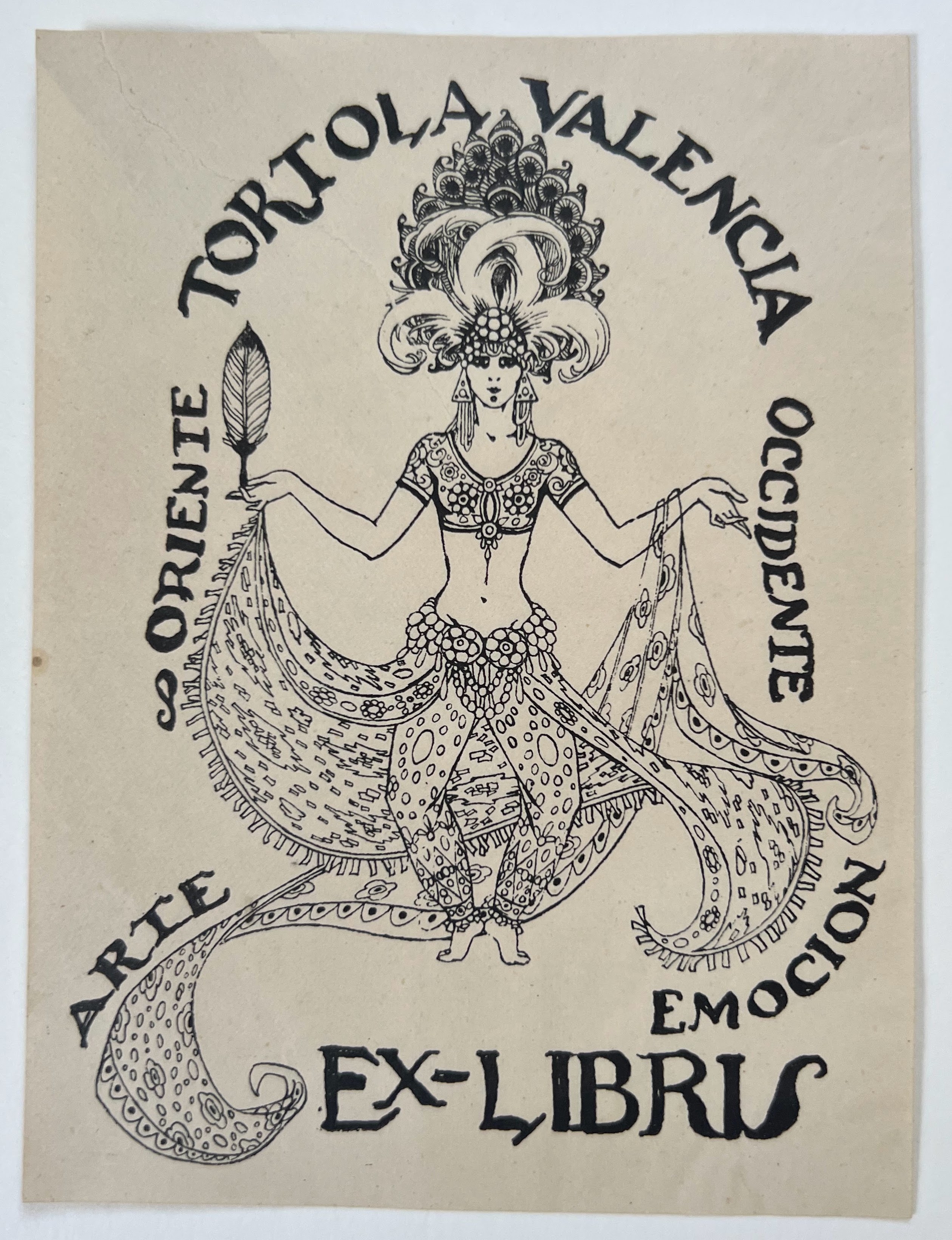 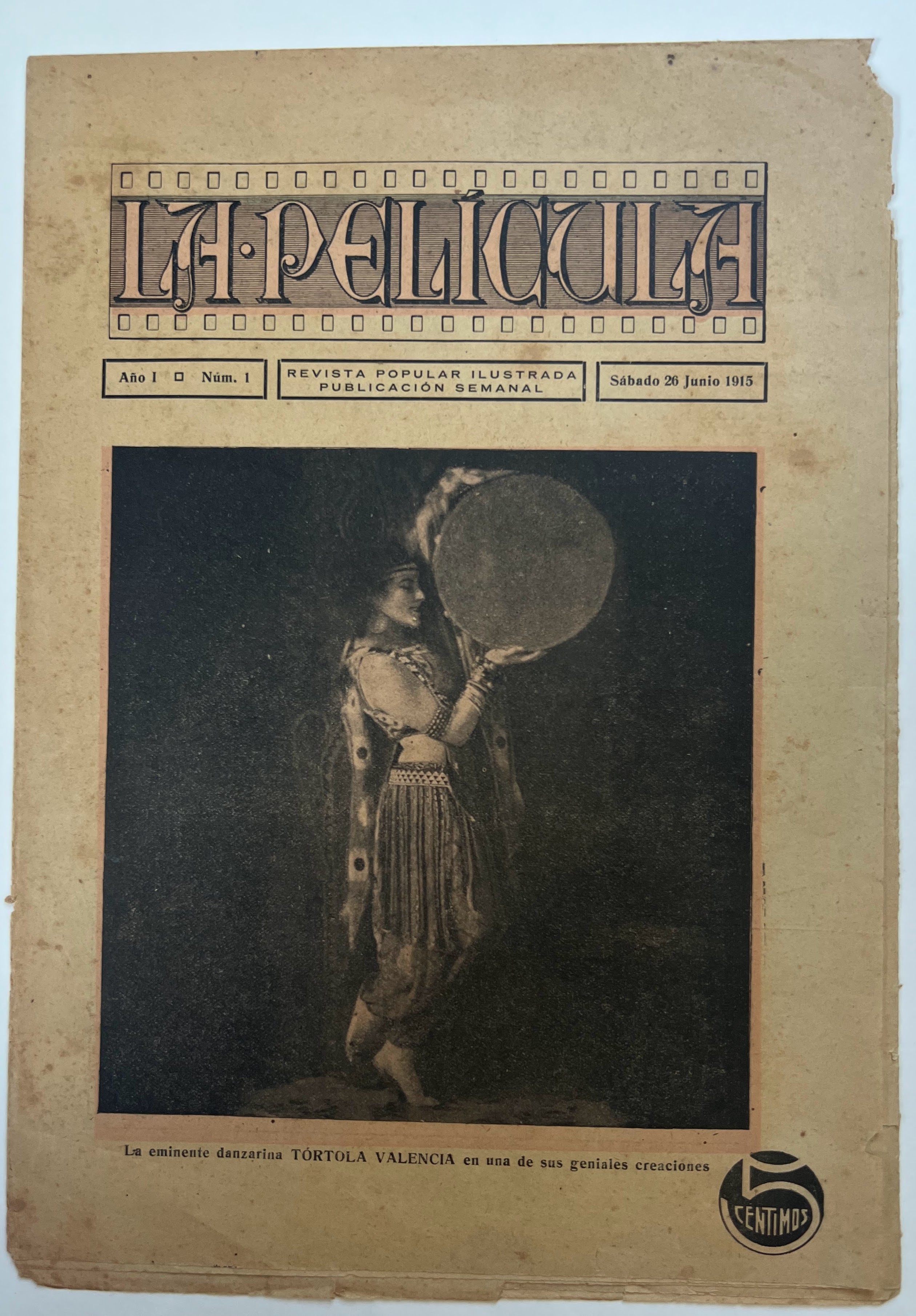