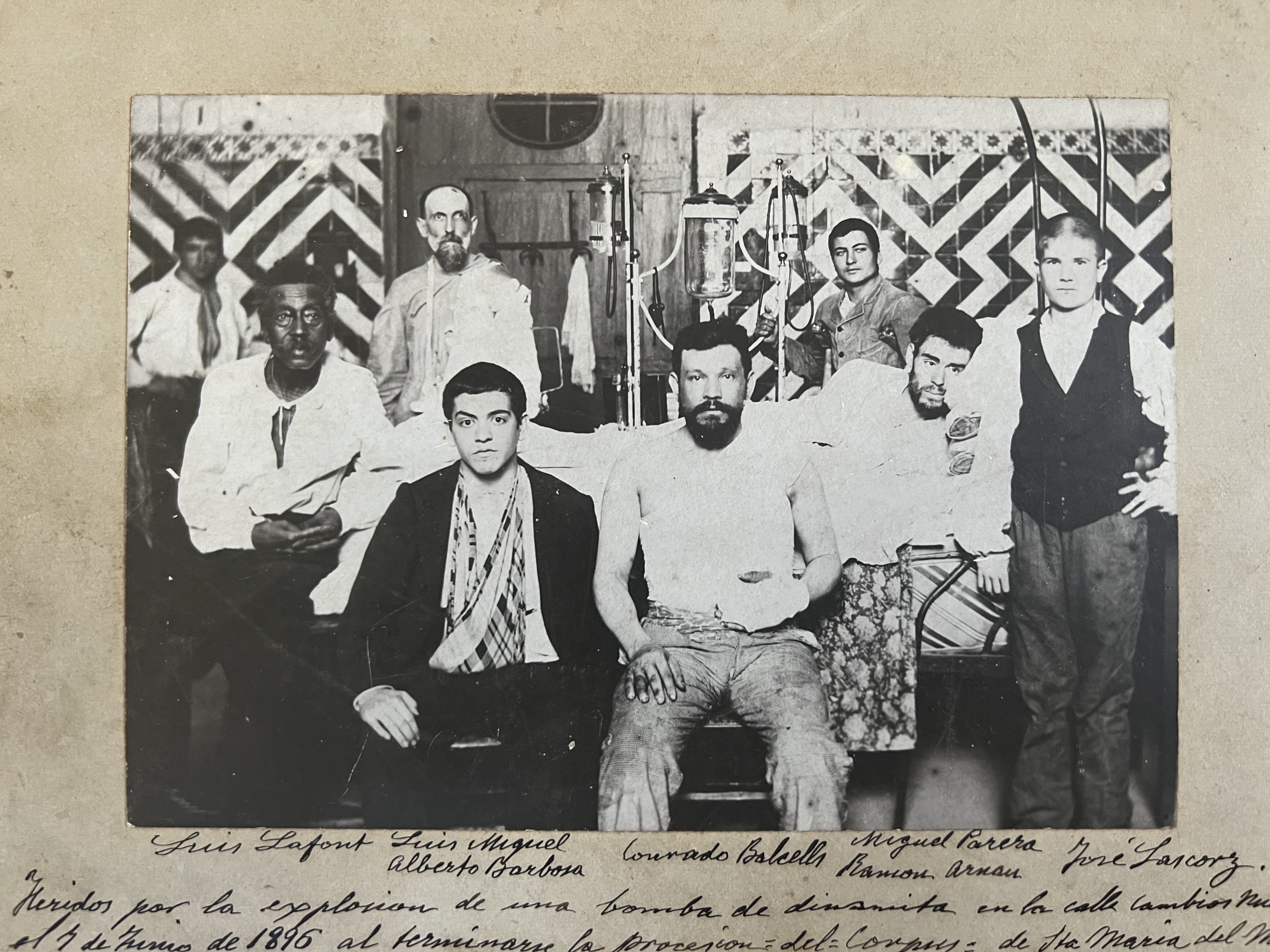 Scarce primary source documentation of early anarchist actions in Barcelona, a period of violent engagement that radicalized many Europeans. The earlier photograph documents 8 of the approx. 64 people wounded by the bombing of a Corpus Christi procession in Barcelona on June 7, 1896. Although no one claimed responsibility, municipal authorities and the police blamed militant anarchists and used the violence as a pretext to arrest and torture hundreds of anarchists and labor organizers, eventually sentencing five men to death at Montjuic. The real perpetrators were never found, and circumstantial evidence has led many to believe it was a false flag operation, since the bomb went off among the working-class crowd, rather than amongst the high-ranking politicians and church officials in the parade itself.

The second photograph documents wounded participants in Barcelona’s first general strike, in February 1902. The general strike evolved from an anarcho-syndicalist metal workers’ strike into a citywide work stoppage which eventually found working men and women, students, and the lower classes in pitched battles against the Spanish military. Hospital de la Santa Cruz was the destination for the strikers’ wounded and dead comrades. 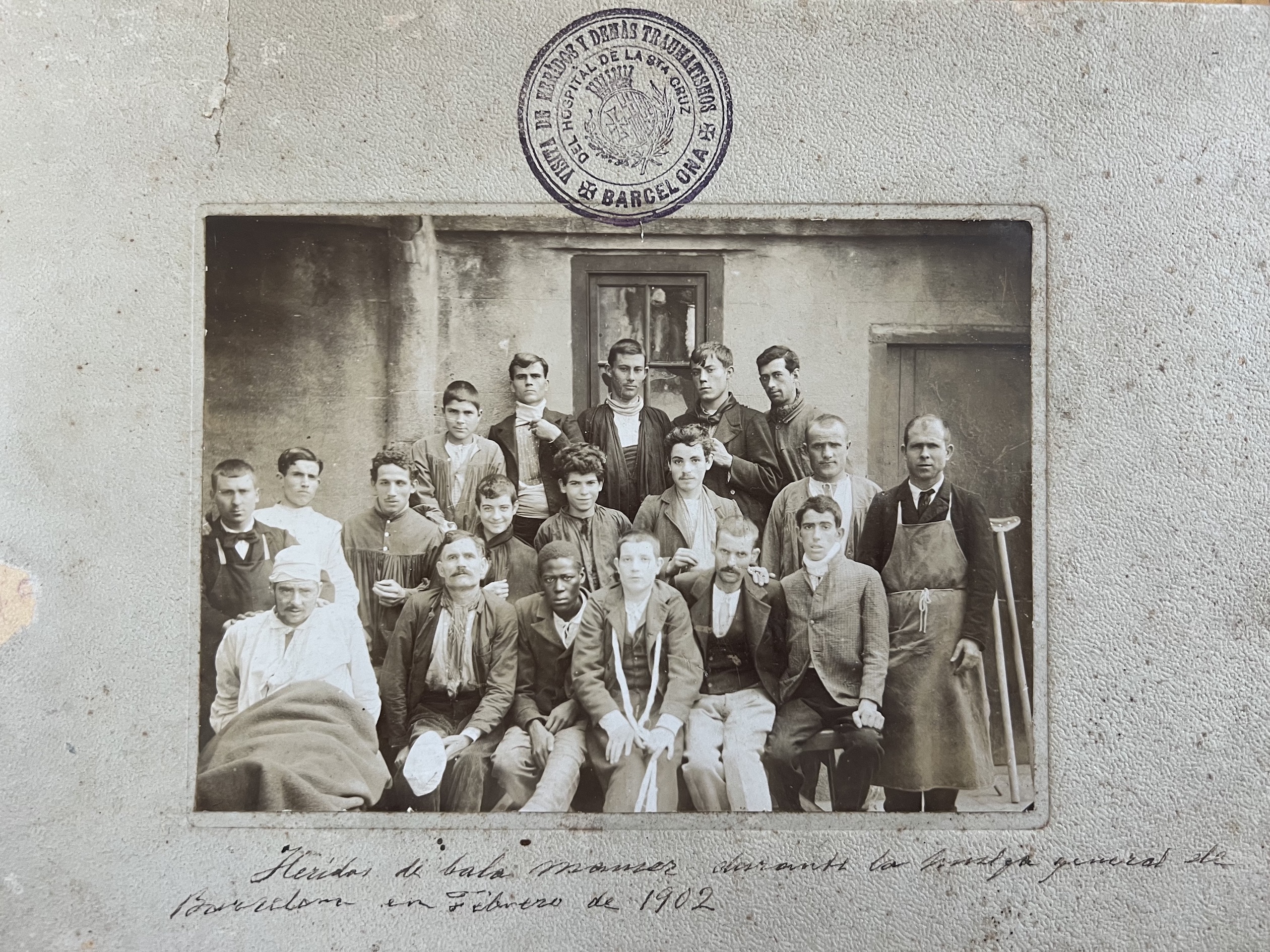 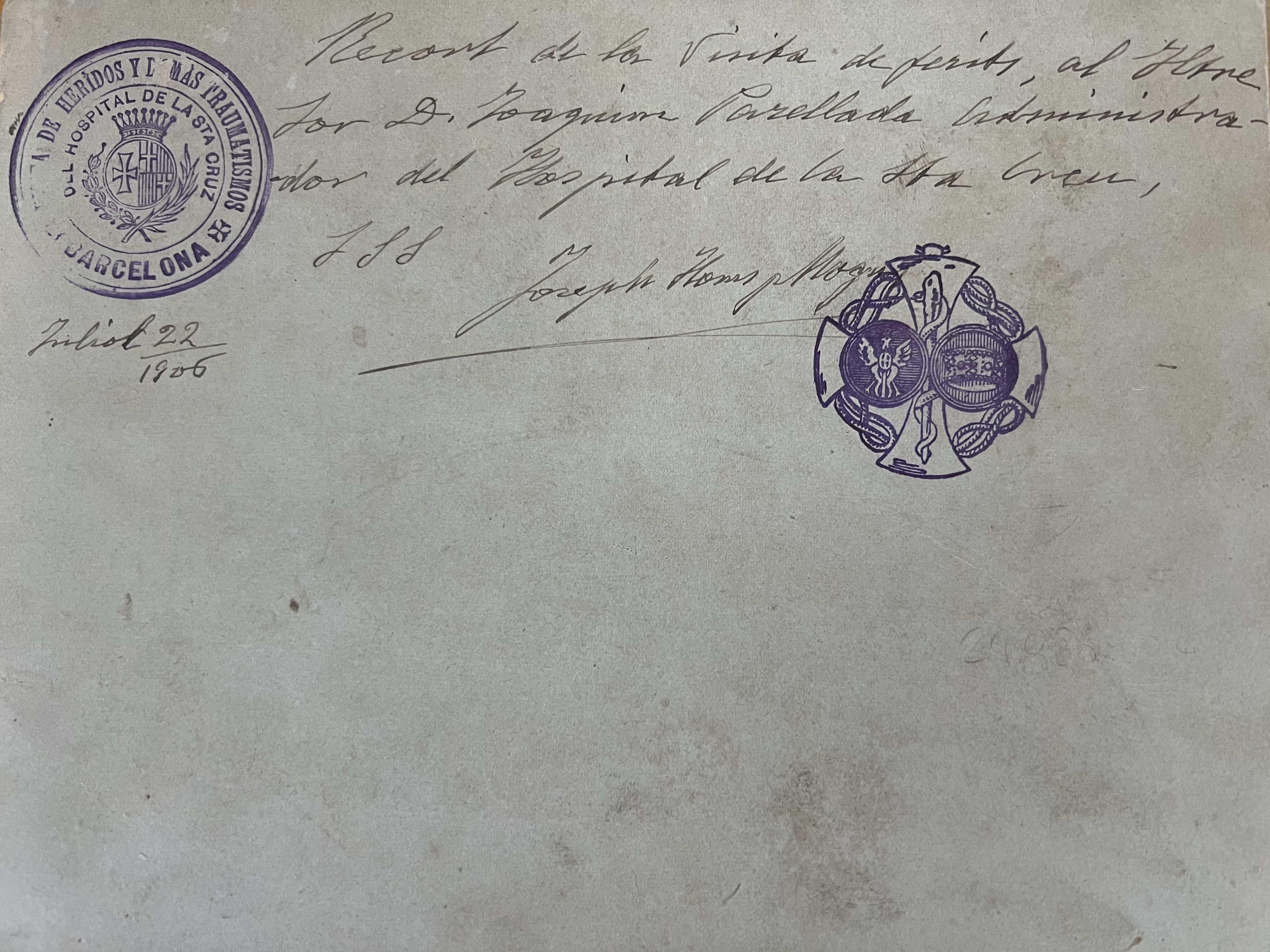