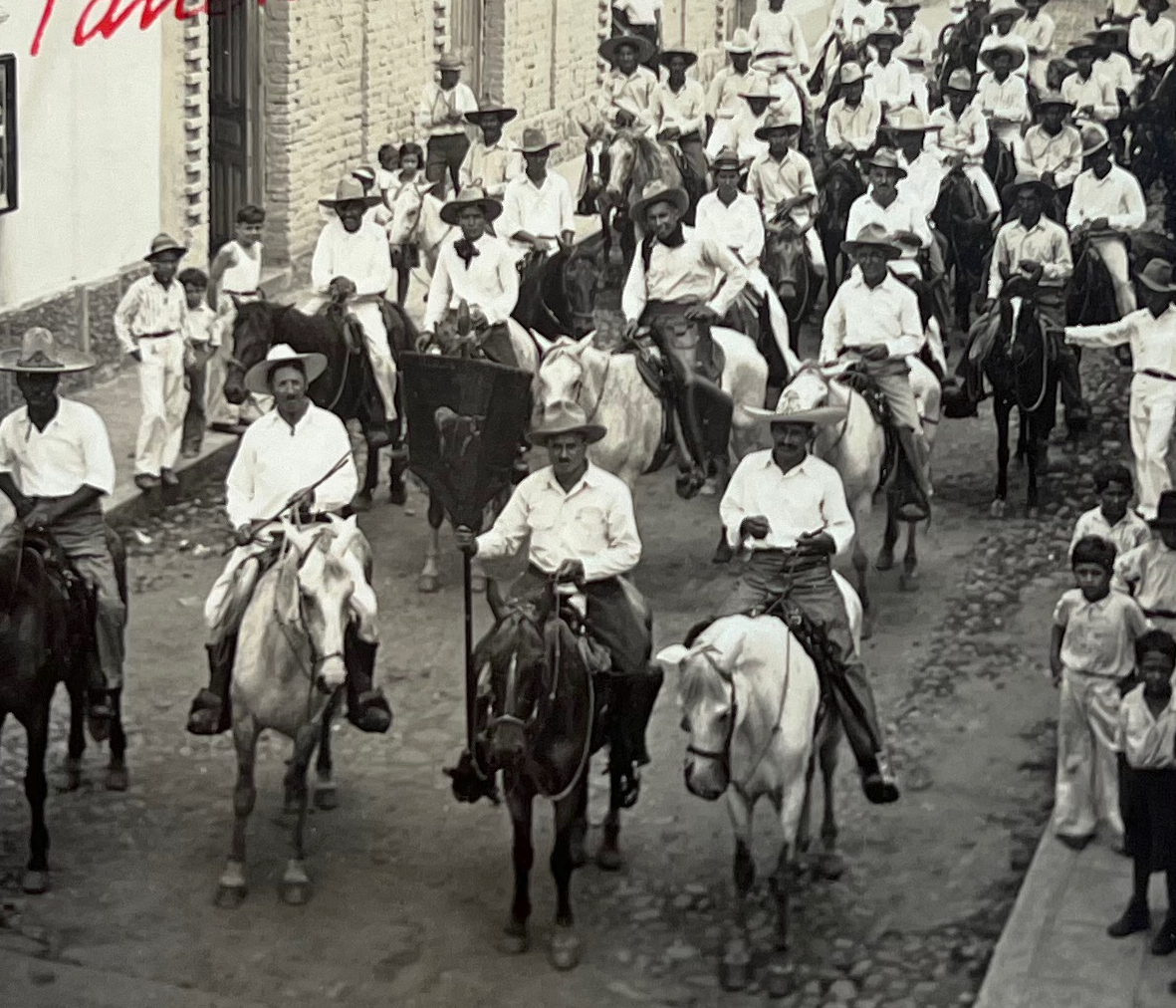 In the early 1920s, peasants successfully organized a widespread “agrarismo” movement. Their purpose was to defend village land rights and local traditions from the landowners they believed were determined to betray the revolutionary cause of the agrarian Zapatista movement. The importance of this ongoing peasant movement to secure land reform and maintain communal access to indigenous lands has been the subject of revisionist histories which sought to show these peasants as political tools manipulated into supporting revolutionary state-making, and now, postrevisionist histories, which insist on the agrarians as effective local participants in the formation of postrevolutionary Mexico.

These two photos annotated, presumably by the photographer, to show the location of their residence in relation to the protest. We are able to identify a few possible candidates for the Calle Arista shown: possibly Guadalajara. 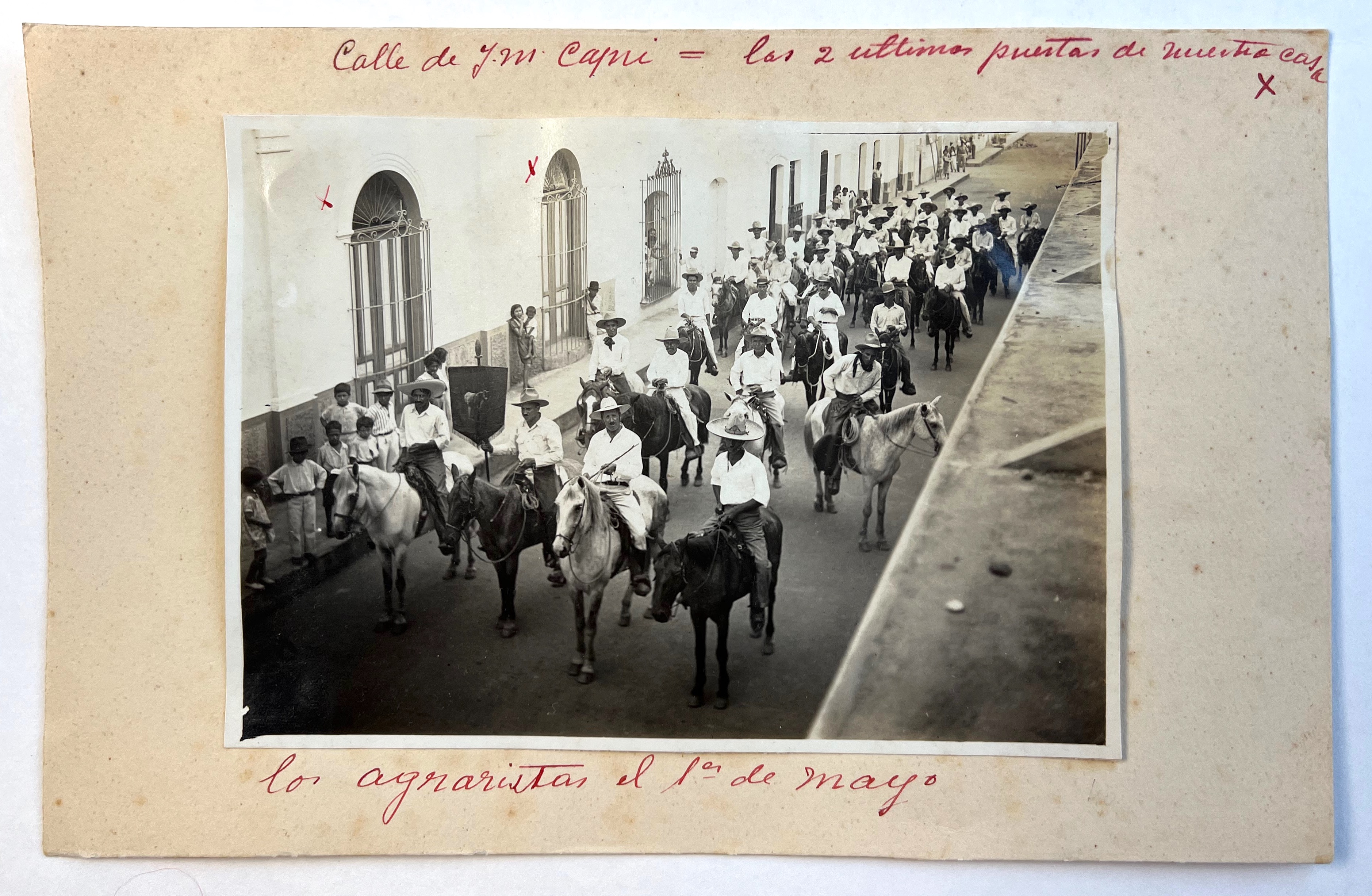 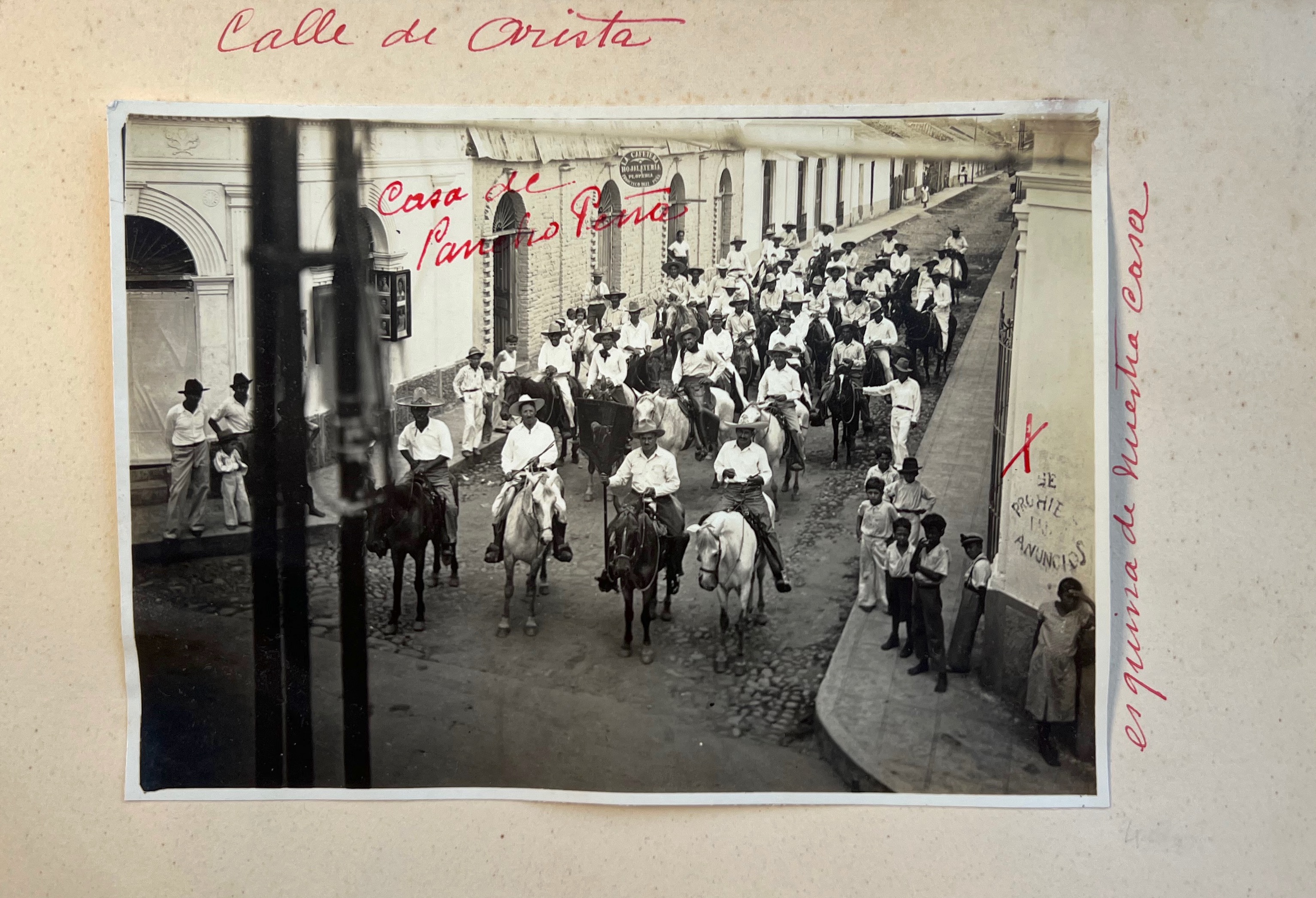