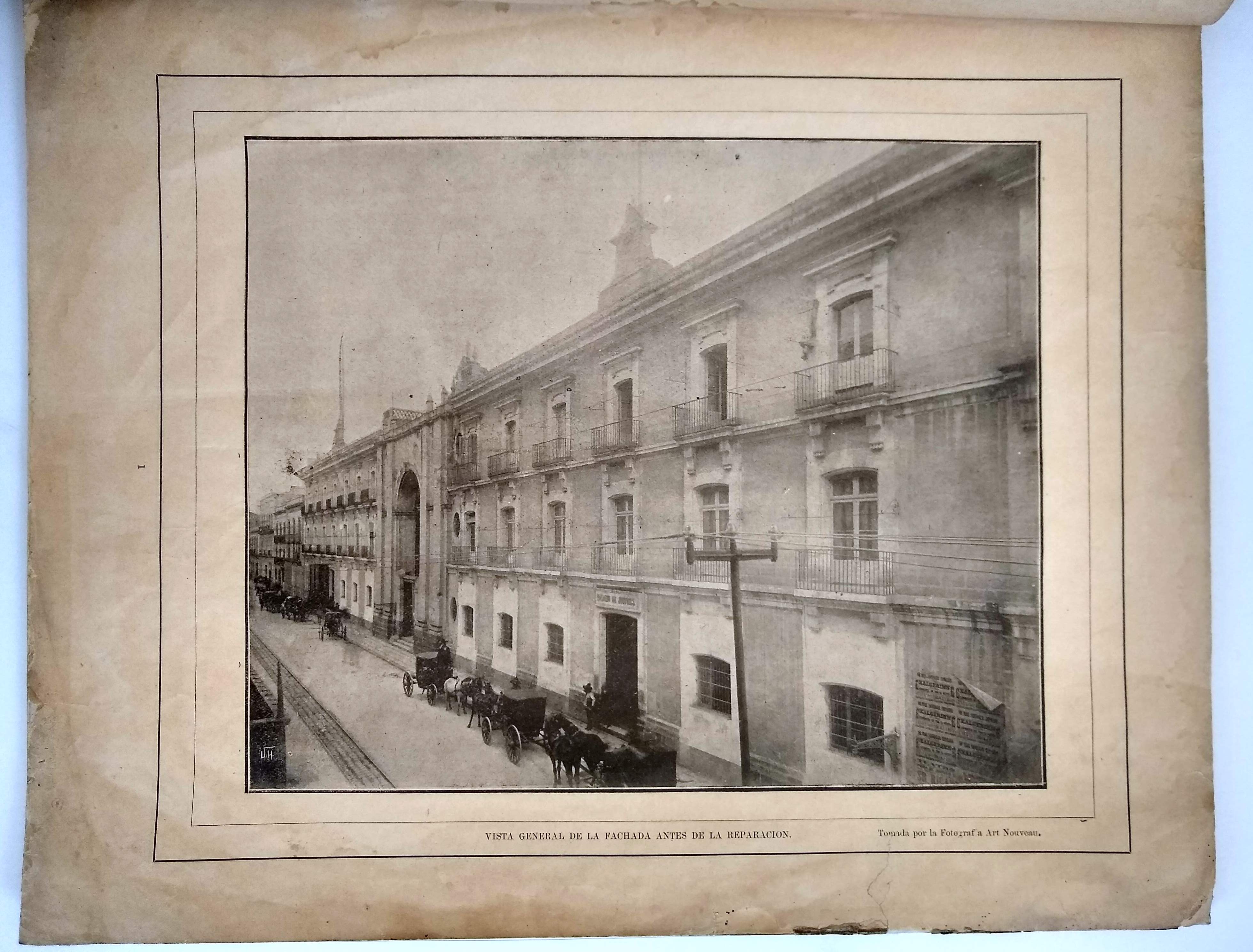 The first a large, privately printed program celebrating the inauguration of the new national and federal district courthouses on calle Cordobanes (now Donceles). Produced by the engineers who directed the renovation of the buildings, the large plates are accompanied by text detailing the contracts, costs, and results of the work. The government requested the renovation to bring a “more adequate character to the important” offices whose “gloomy appearances” made a “poor impression on foreigners.” Approved in 1900, the work was not completed until 1904 due to engineering challenges discussed here at length. The physical separation of the federal and district courts was accompanied by their legal separation.

The buildings on Donceles remained the primary courts in Mexico City until the subject of the second volume, the new Palacio de Justicia del Distrito Federal, was completed in 1964. This edition was produced to commemorate Juan Sordo Madaleno’s modernist design, whose streamlined spatial organization was intended to reflect a similar rationalization of Mexico’s federal legal code. Exemplar of Latin American modernism as both a corporatist and nationalist aesthetic.

Both quite scarce, OCLC finding only one holding apiece, the former at UT-Austin, the latter at LA Law Library. 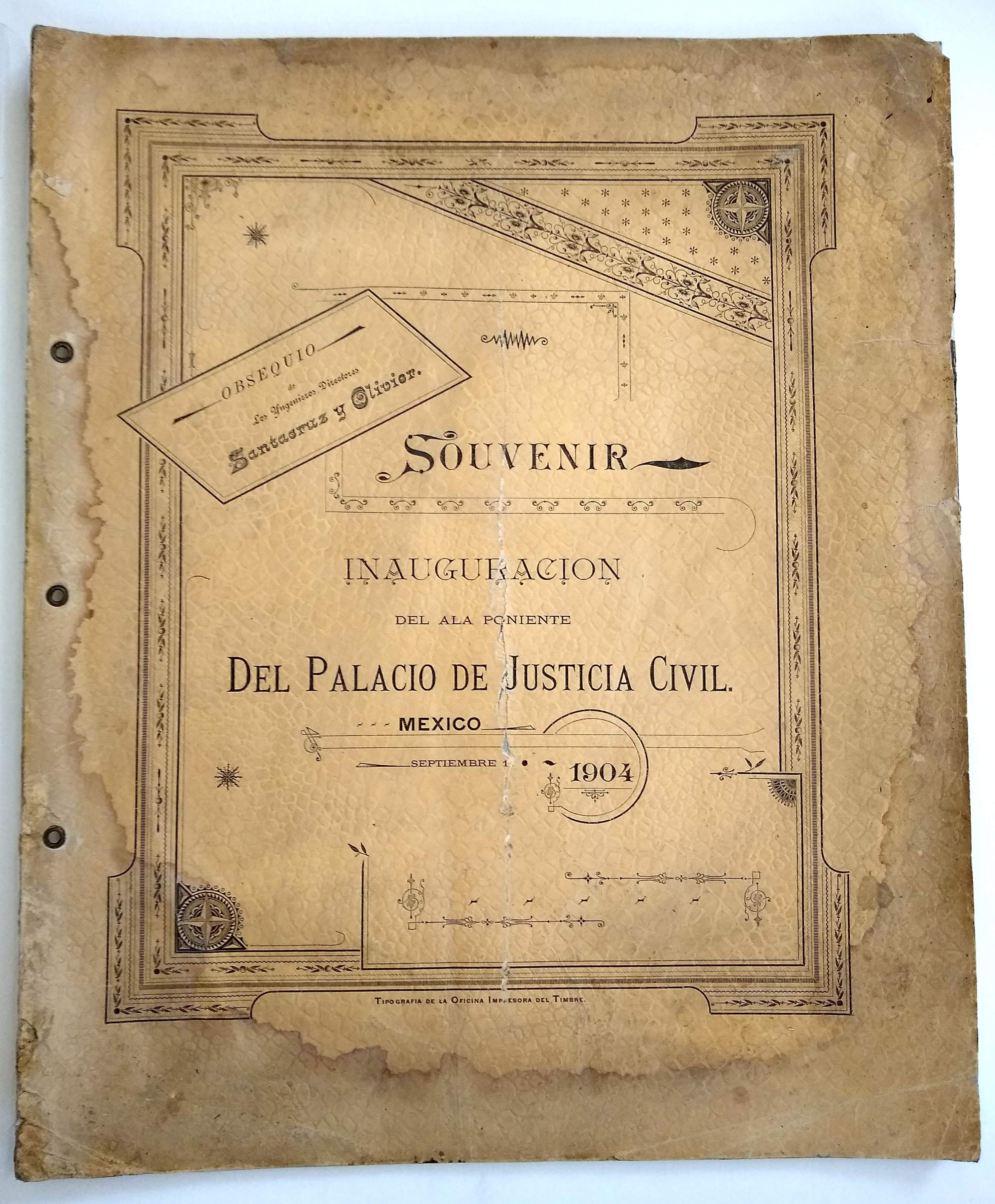 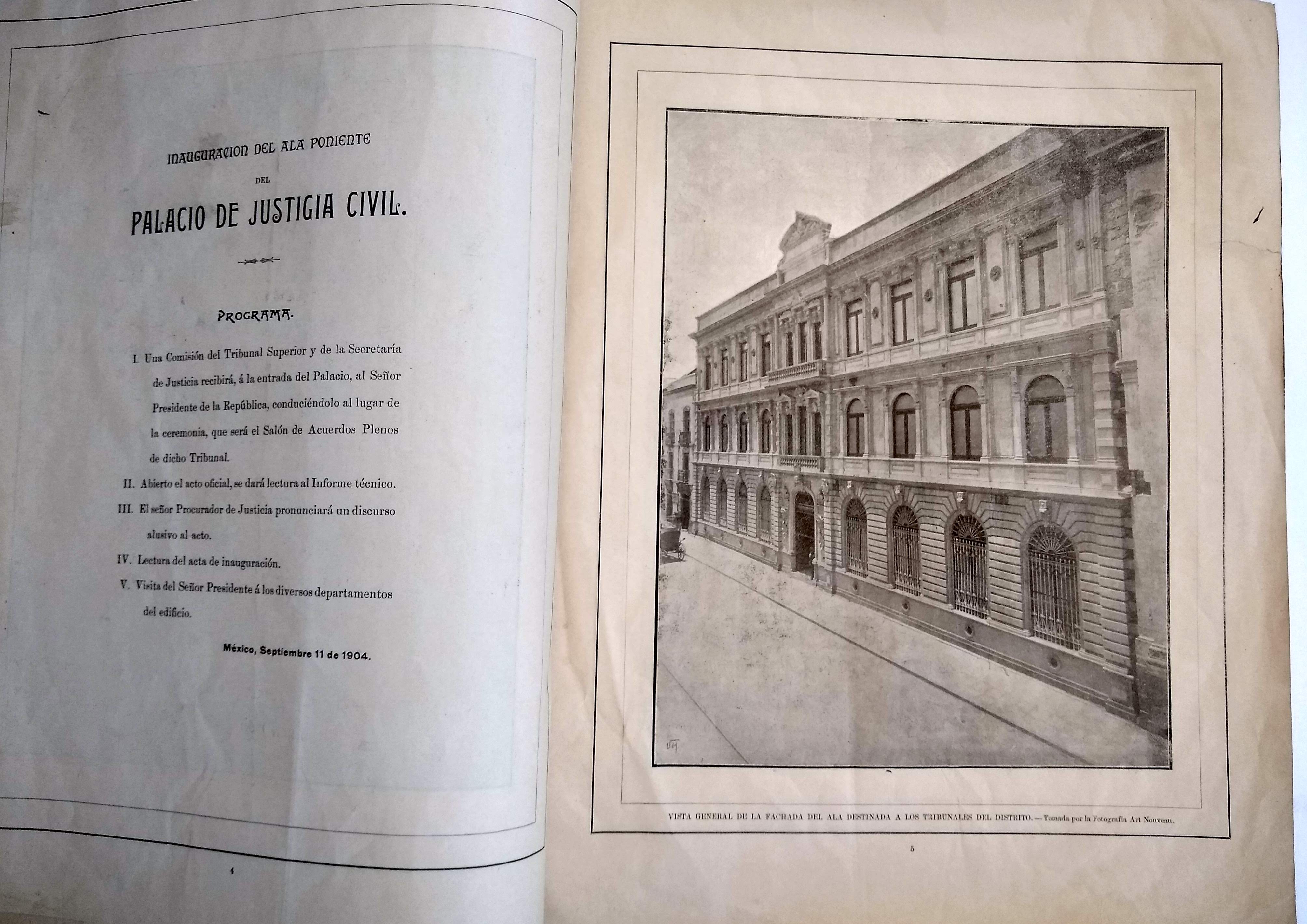 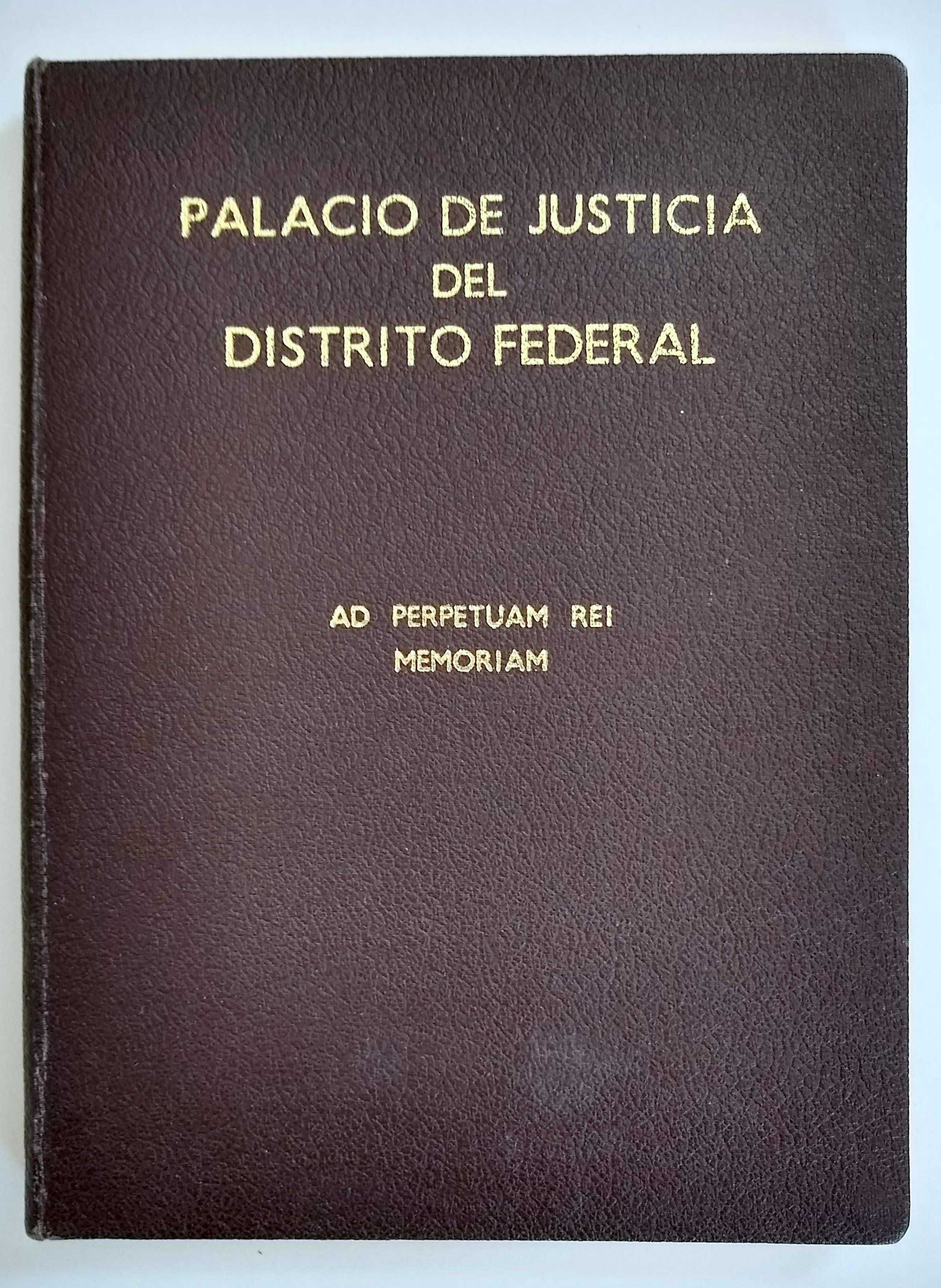 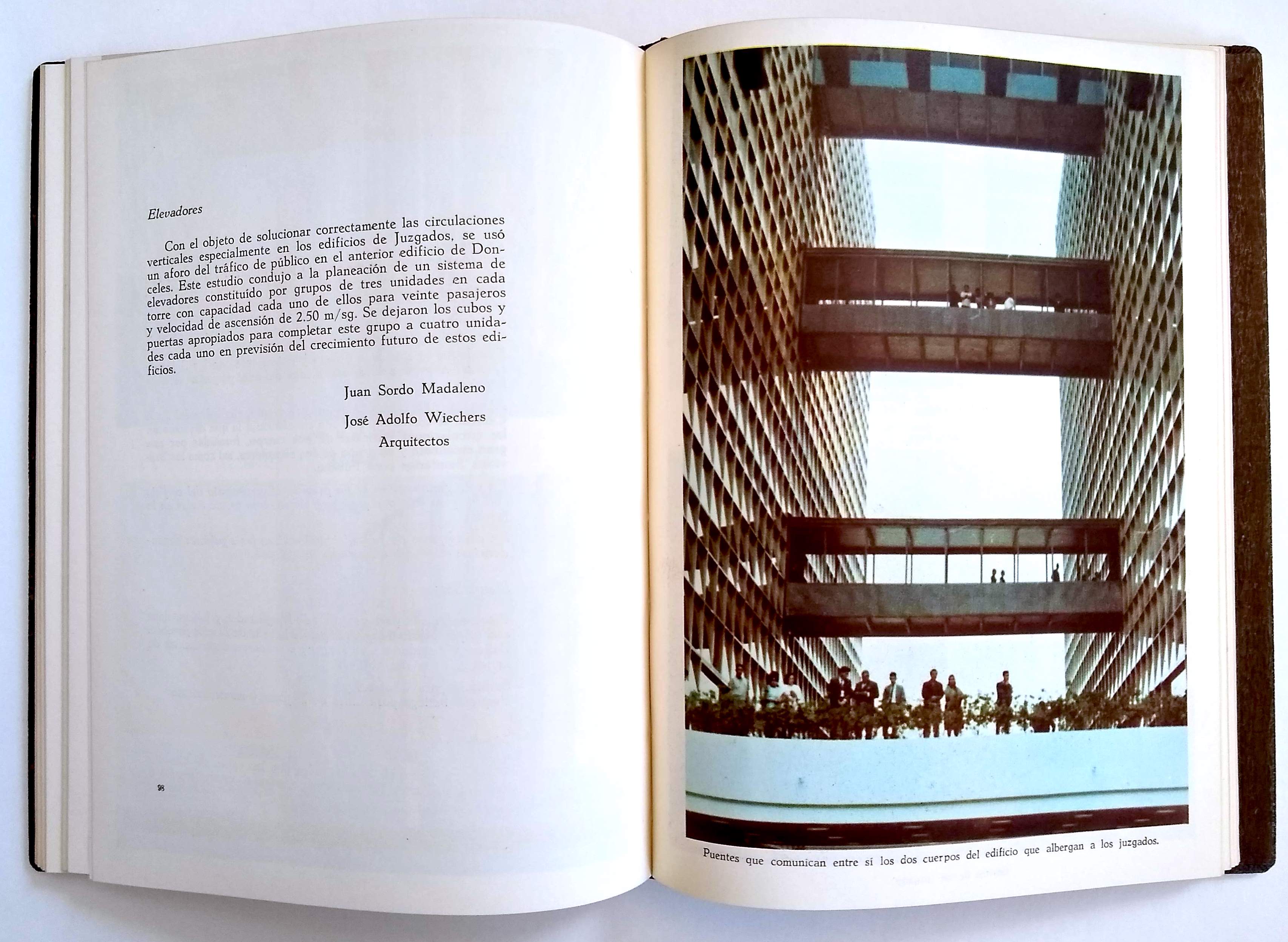 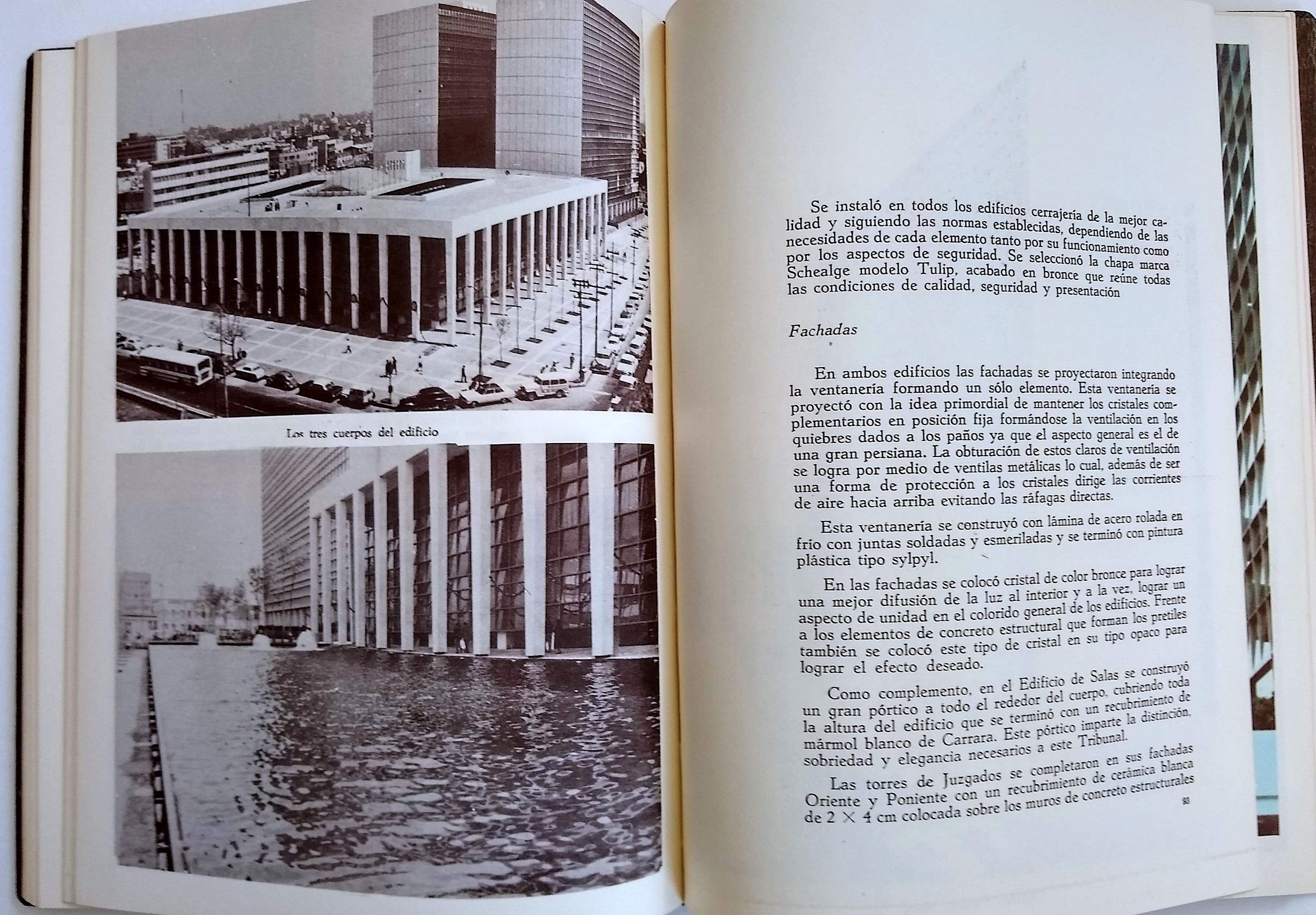