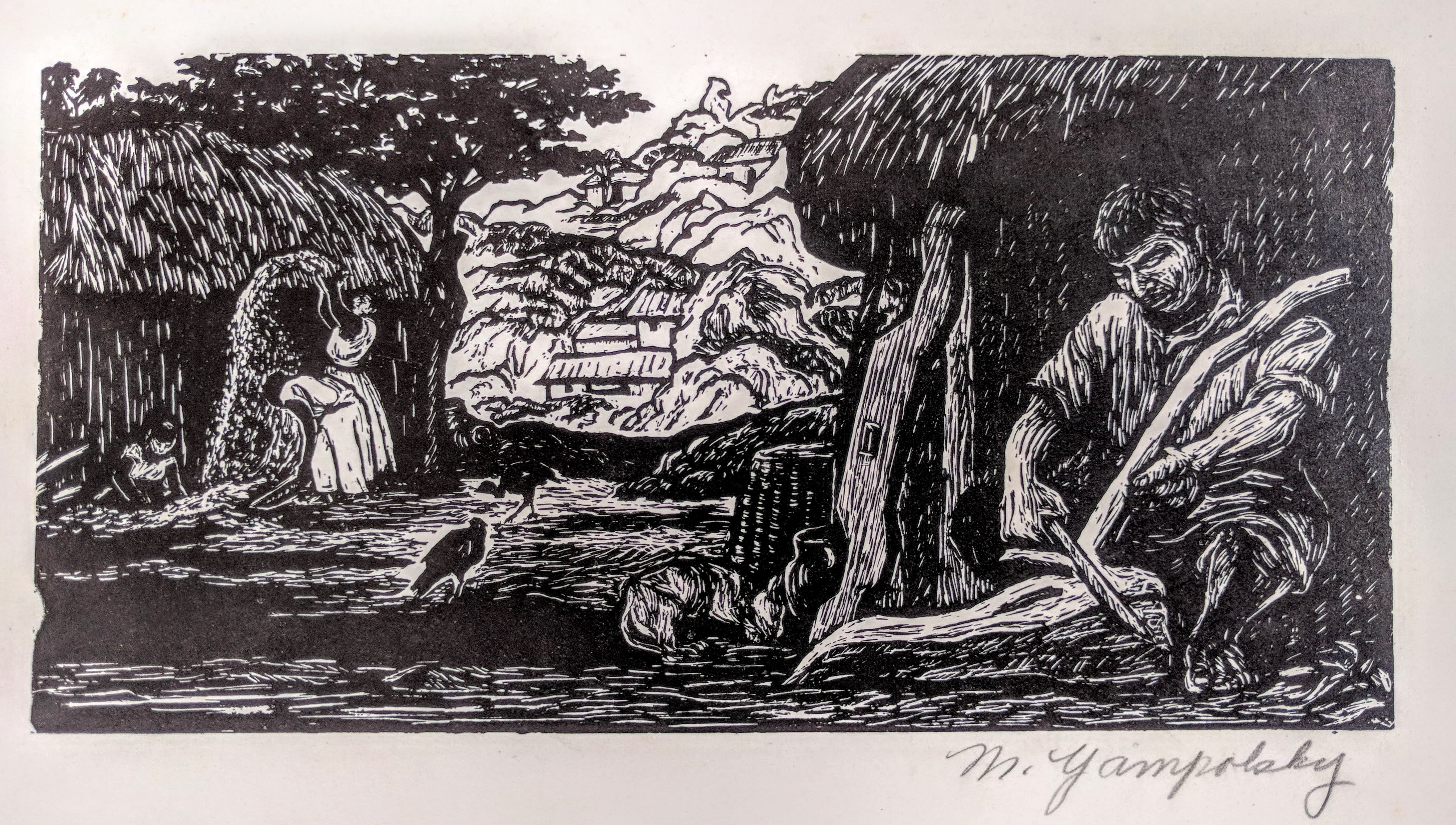 Yampolsky (1925-2002) immigrated to México from the US in 1945. That year she was hired by the Taller de Gráfica Popular (TGP)—the only woman working in the TGP studios at the time. She became a celebrated illustrator and photographer and, in 1958, a Mexican citizen.

This print is emblematic of her TGP-era style and was seemingly offered to a salon in exchange for a facial treatment. As “occasional art,” an emerging way of describing art either produced for special occasions, gifted, or bartered, it offers a disruptive context for understanding the production and distribution of art. 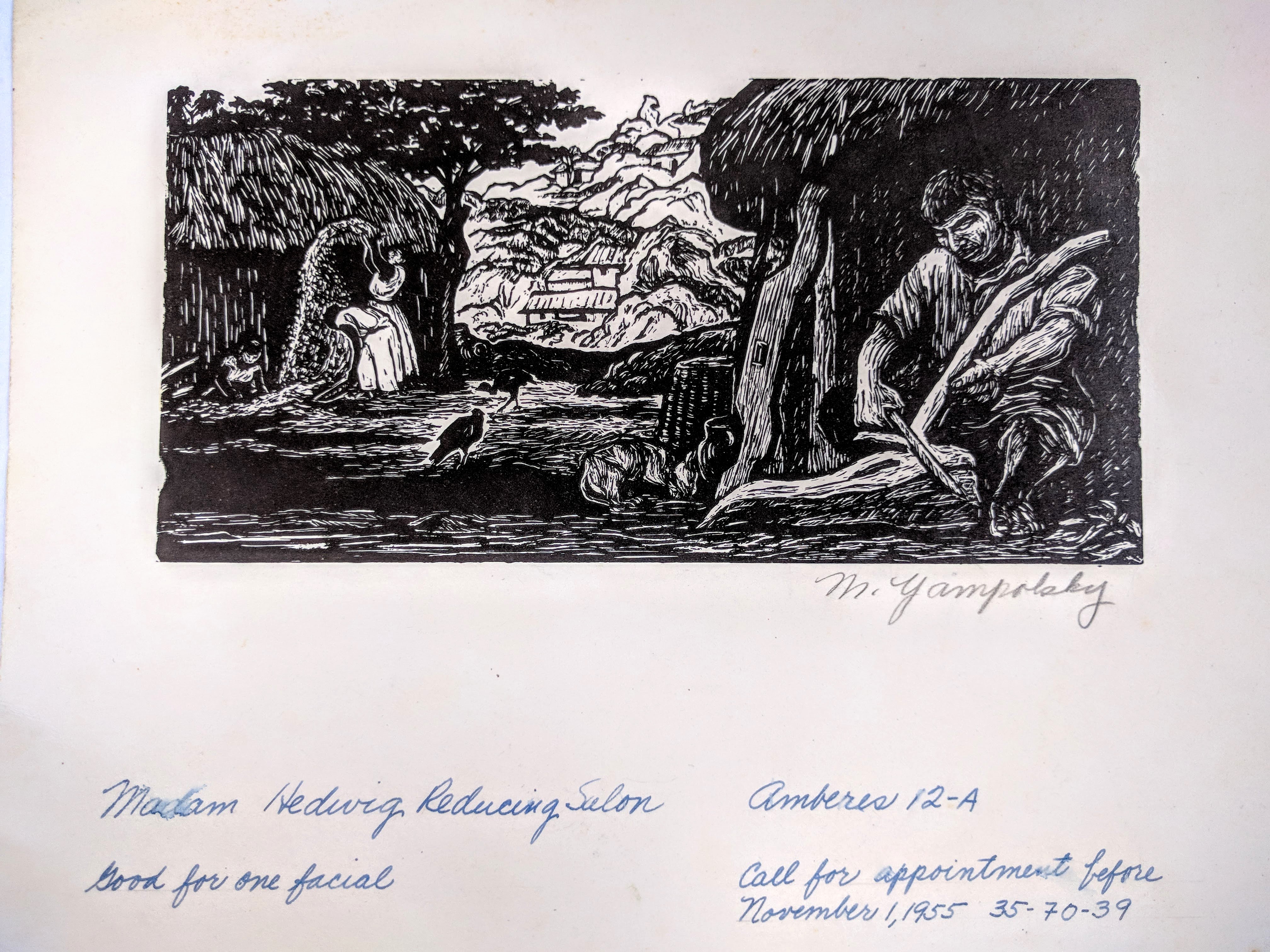