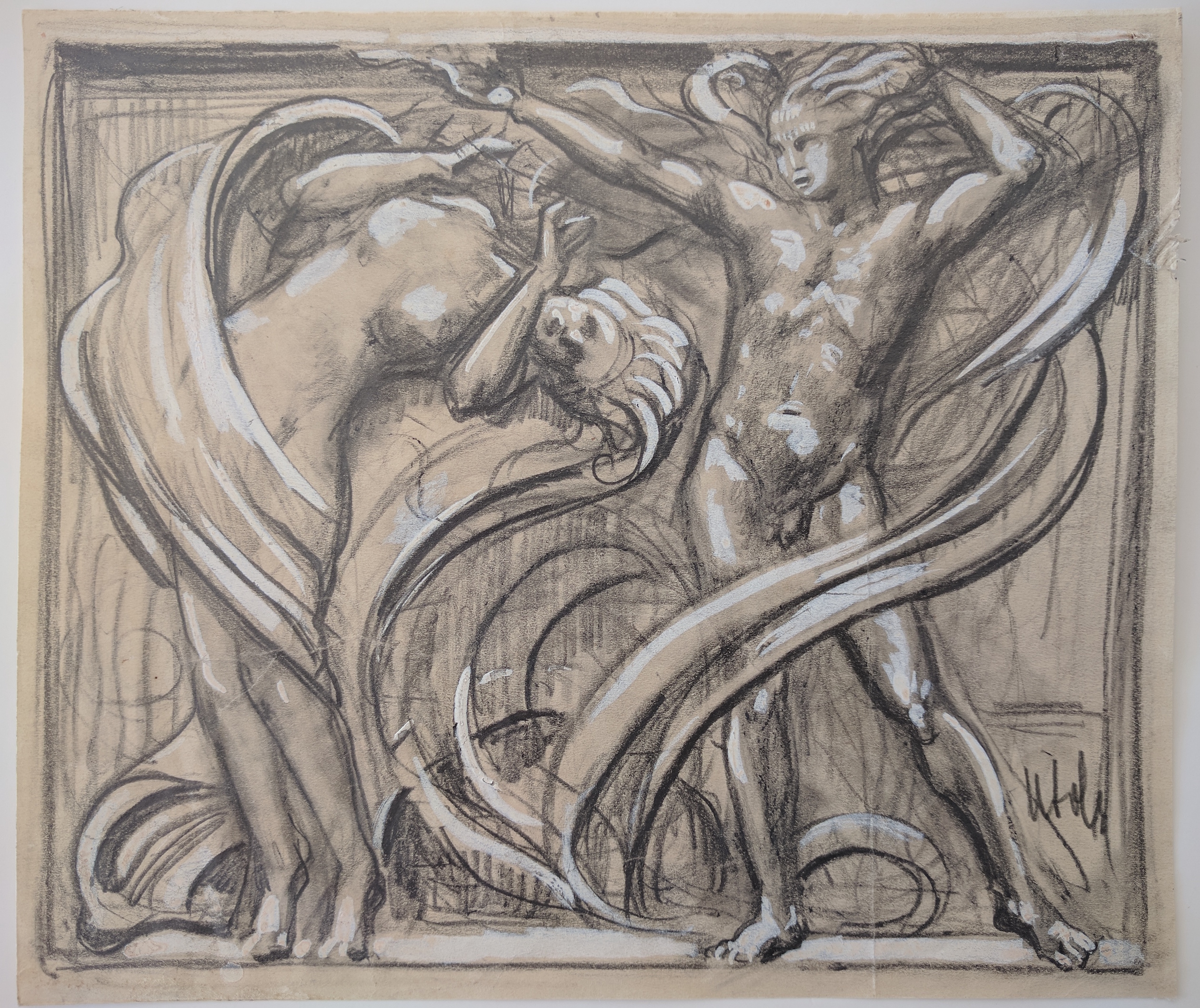 Soler (1890-1953) was a classically trained Catalan sculptor involved in the Noucentisme movement. In 1925, influential Argentinian architect and urban planner Jorge Bunge invited him to Buenos Aires to collaborate on the ornamentation of a number of public buildings.This sketch may have been part of a proposed series of overdoor bas-relief panels for the headquarters of the glassmaker Cristalerías Rigolleau, a building designed by Bunge. The actual, finished panels represent various stages of traditional glassmaking in a style that differs greatly from this allegorical sketch.

Soler remained in Argentina until 1930, after which he traveled throughout the Americas, completing important important commissions in Peru, Mexico, and the US. Prevented from returning home by the Spanish Civil War, he lived a peripatetic life until eventually settling in El Paso, Texas, where he continued to work and teach until his death. El Paso is also the site of his most famous sculpture, Cristo Rey, commissioned as an anticommunist monument by a Catalan priest who led a congregation in Smeltertown.