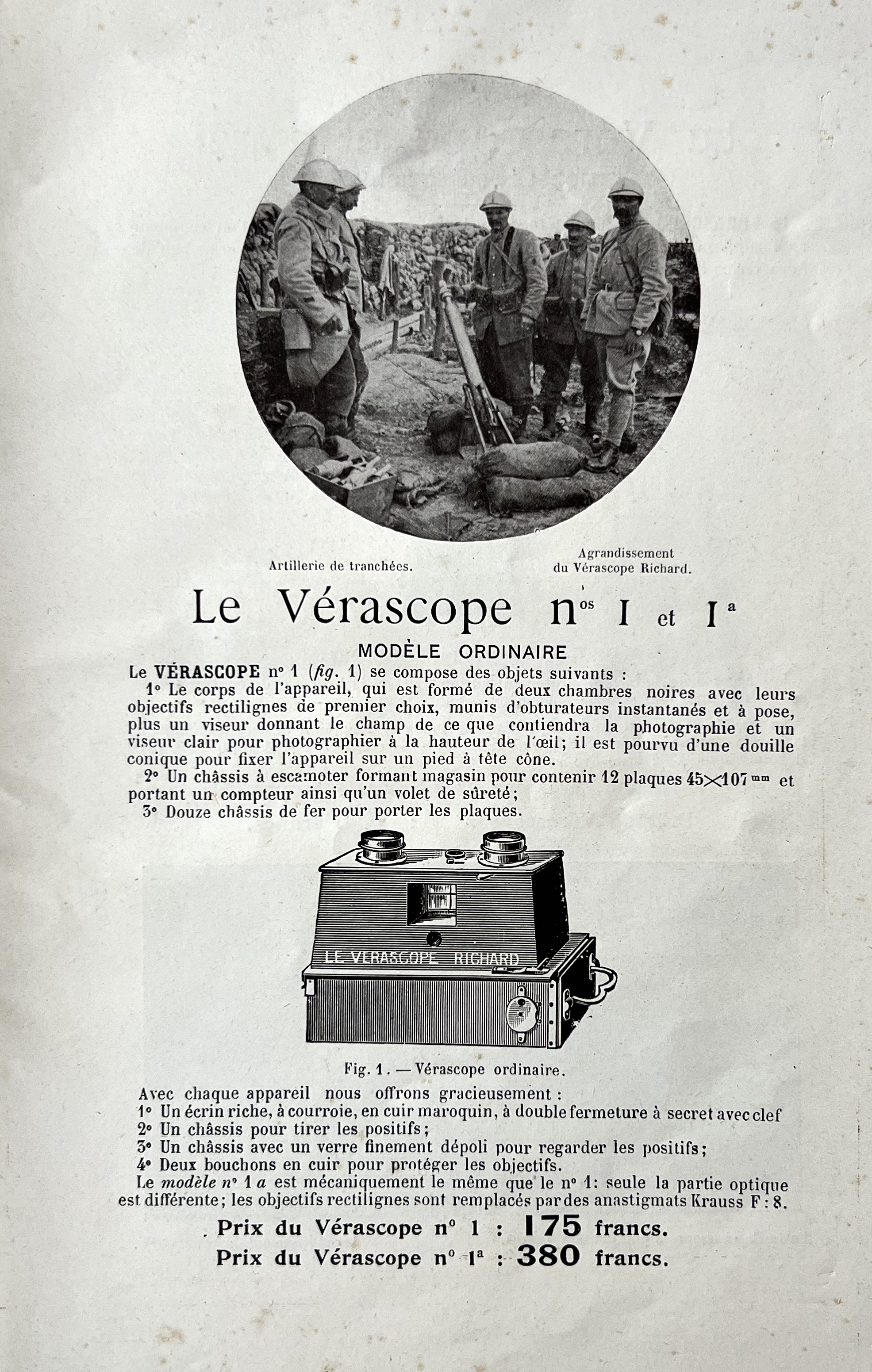 WWI was a watershed moment in the relationship between photography and war. Although earlier wars were obviously photographed, the smaller cameras and new film formats available during WWI enabled combat photographers and soldiers themselves to take pictures of the war as it happened. Jules Richard was a second-generation instrument maker who entered the stereographic camera market in the early 1890s with the Vérascope, a compact camera known for its durability and innovative engineering. The first model was introduced in 1893 and it quickly became the bestselling stereograph camera of the period. The large Taxiphote viewer and storage cabinet was equally impressive in design, incorporating aspects of scientific instrumentation and clockmaking to create, according to the Oxford History of Science Museum “the most technically sophisticated” stereo viewer ever produced. It allowed a viewer to load up to 25 stereographs at the same time and then view them in any order. This extensive catalogue advertises these items and an exhaustive numner of accessories for the cameras, development, storage, and transport.

Richard was also known for his publicity. This example, issued during WWI, highlights the Vérascope’s suitability for war photography. More than half of the photographic illustrations in the catalogue are from the war, including images of soldiers and artillery in trenches, German flags at Invalides, “une boucherie sur le front,” a convoy of prisoners of war, troops in Alsace and Northern Africa, etc.

With tipped-in notice that the catalogue prices were established “according to pre-war manufacturing conditions” and in addition to possible price increases, the company “may need to suspend or stop the manufacture of certain items.”

Single holdings of other Jules Richard Vérascope catalogues found in OCLC, this one not recorded. 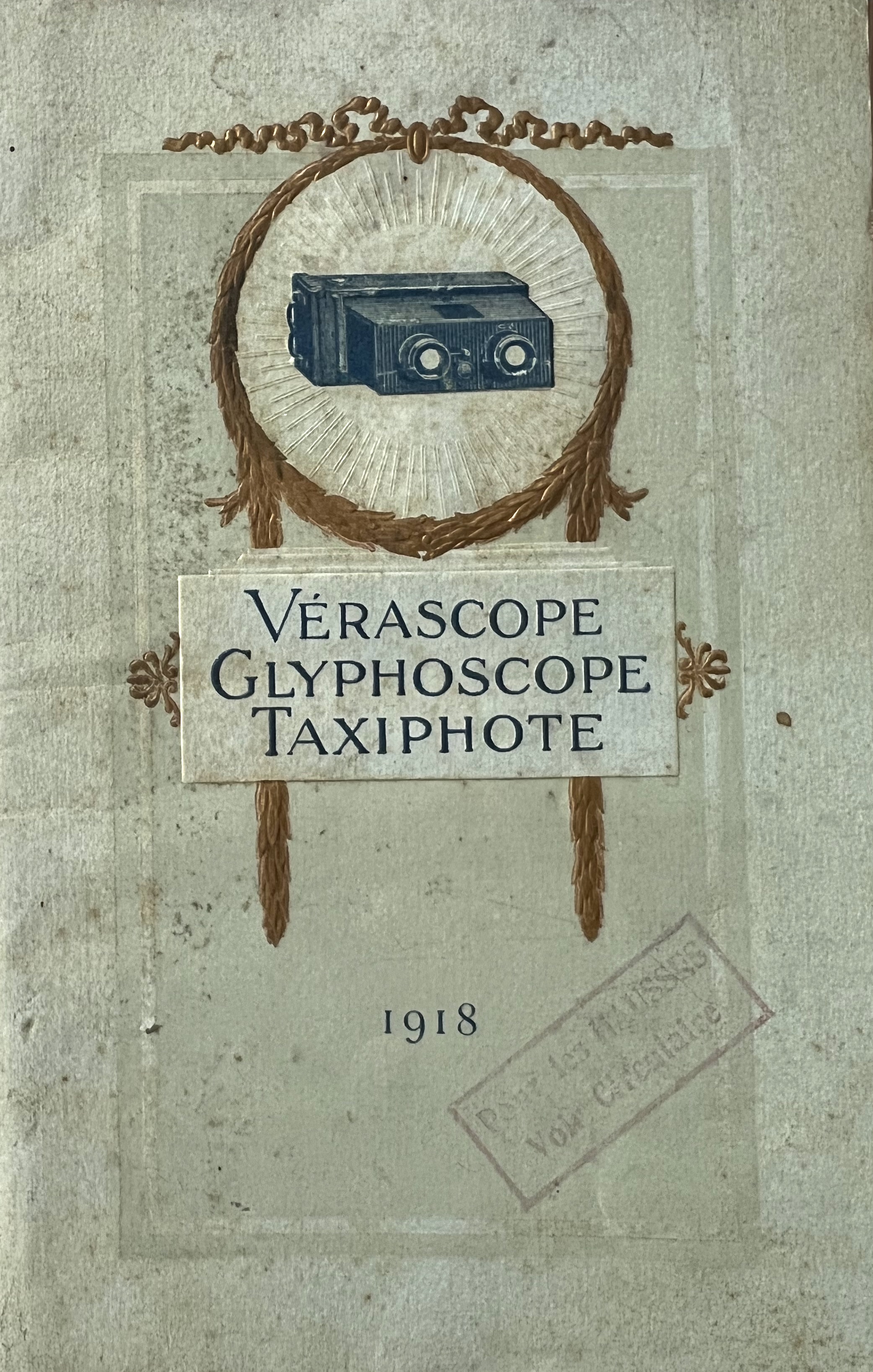 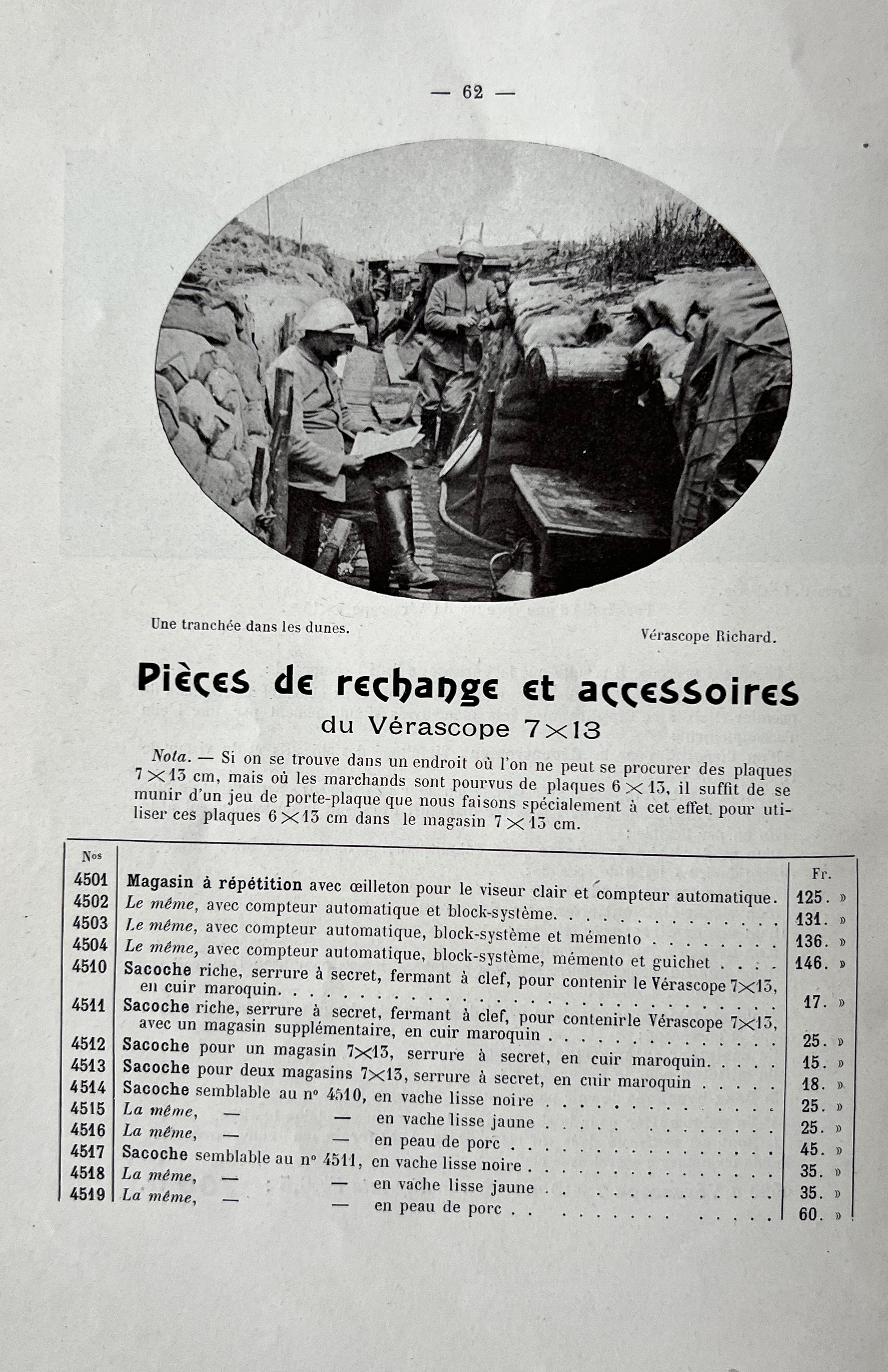 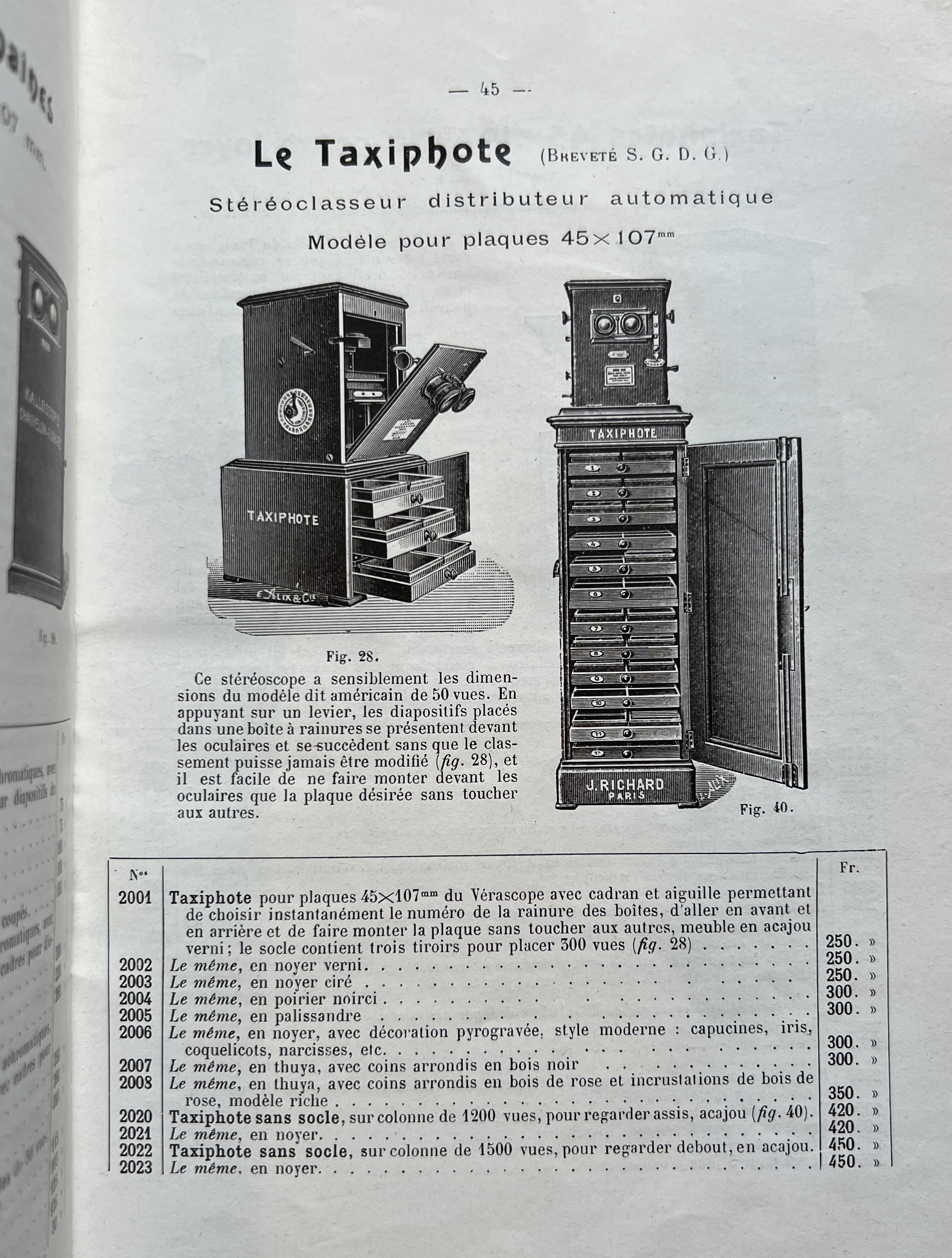